The 1984 blockbuster movie Gremlins is obviously 100-percent fiction. But believe it or not, the mischievous creatures’ physical appearances are based on genuine and very real reports from many pilots from around the world.

These reports have seemingly been around since the start of aviation, appearing to reach an absolute peak over the skies of battle-weary Europe during World War II. Then, as the war ended, the sightings, aside from random, rare incidents, stopped almost overnight. Here are ten such claims of real-life encounters with real-life gremlins.

10 Early Reports In The Spectator 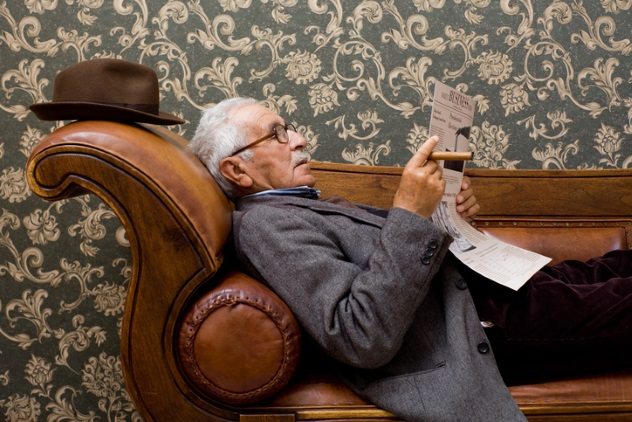 Perhaps the first written account of strange creatures bothering Britain’s Finest in the air came in The Spectator in the early 1920s. An article stated, “The Royal Naval Air Service in 1917 and the newly constituted Royal Air Force in 1918 appear to have detected the existence of a horde of mysterious and malicious sprites whose whole purpose in life was . . . to bring about as many as possible of the inexplicable mishaps.” Although many researchers source this particular account, there appears to be no known exact date for the publication that carried the story.

There is certainly no doubt, however, that these bizarre creatures were a talking point of British pilots up until the mid-1940s, as war raged. In fact, The Spectator made another reference to gremlins, including a full description of them as 1.2-meter-tall (4 ft) creatures with large ears and large teeth, on January 10, 1943.[1] The article may have been a joke or a reference to Walt Disney’s plans to make an animated film about the mischievous little creatures, which never came to fruition.


9 The Massacre In Midair 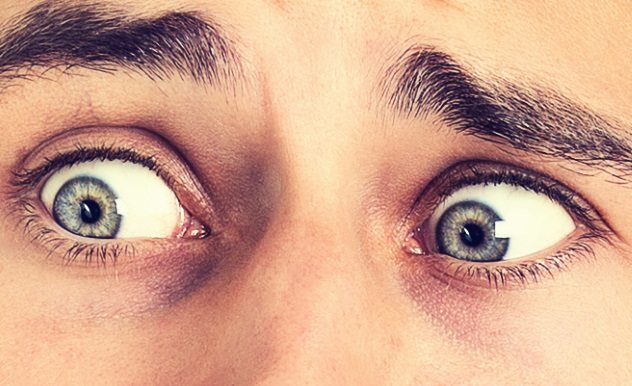 An apparent meeting with some beastly aerial creature is said to have occurred in 1939 aboard a US military cargo plane.[2] The account was found in a San Diego newspaper by UFO researcher Jerome Clarke, who published it in the 1950s publication Flying Saucer Review.

Leaving San Diego and destined for Hawaii, the mission ran smoothly for several hours until urgent distress calls came to the control tower. A short time later, the plane came back to its departure base to land. Once emergency crews gained entry to the aircraft, they discovered all of the crew dead—each with gaping wounds to their bodies. The pilot was also dead. The copilot apparently survived just long enough to bring the plane home before dying minutes after landing.

Even stranger, each of the pilots had drawn their standard-issue service pistols. Each had also emptied their guns, with spent shells found by their feet. 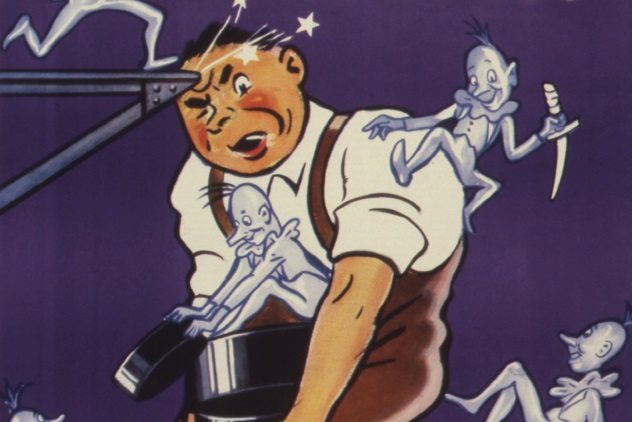 When a Royal Air Force pilot crashed his plane into the cold waters off the coast of England in 1923, it created quite a stir in the newspapers, not least because the pilot blamed the crash on “little people” that must have followed him onto the plane.[3] Perhaps even more bizarre, the pilot claimed that these little people had jumped out of a beer bottle the previous evening and tormented him throughout the night and into the morning of his flight.

According to the account, these mystery creatures began to cause mischief with the aircraft’s controls and navigation equipment and were a general nuisance, so much so that the pilot had to ditch the plane in the sea. It isn’t known what became of the creatures after that, but as we will see a little later, accounts such as these from otherwise respected and experienced airmen would result in governments taking measures that, in retrospect, appear to be ludicrous. Indeed, for the airmen themselves, any fault, accident, or mishap was squarely the fault of these “gremlins.” 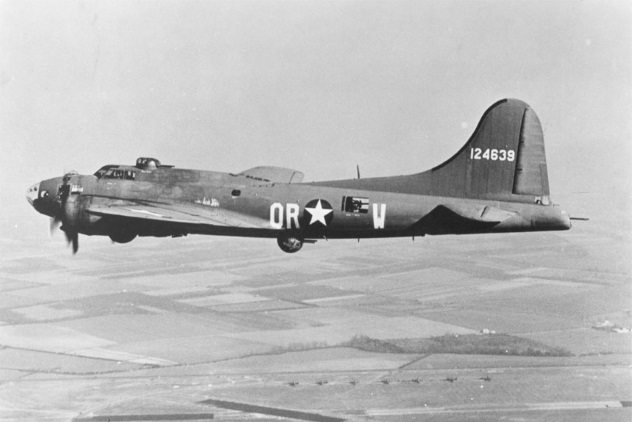 One of the better-known accounts concerning these apparently mischievous and vicious creatures during World War II occurred over the skies of Europe, as a pilot referred to only as “L.W.” took his B-17 Flying Fortress on its latest mission.[4]

Out of nowhere, L.W. noticed a bizarre but menacing creature looking in at him—from outside the plane. He soon noticed a second creature perched on the nose of the bomber. The description that he later gave would match completely that of other pilots of the era: The creatures were around 1 to 1.2 meters (3–4 ft) tall and had lots of teeth, and on this occasion, they had glowing red eyes. He would also note how their arms were disproportionately long.

After coming to his senses, L.W. began to fly the B-17 erratically in the hope that the creatures would lose their grip, which they eventually appeared to do, although he could not see what became of them. It was only days later as he listened to another pilot talking of seeing the same creature that L.W. decided to come forward and make a report to his superiors. 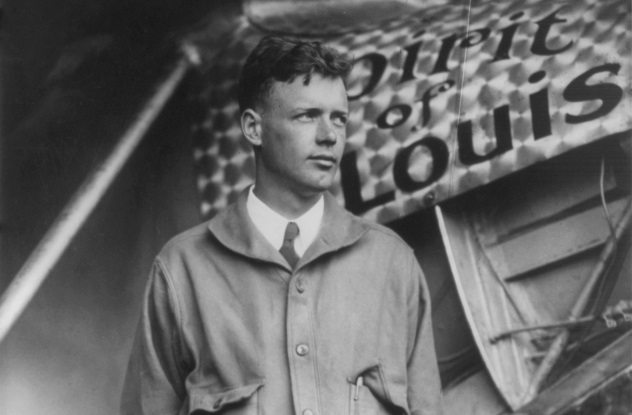 According to aviator Charles Lindbergh, who completed his record-setting solo flight from New York to Paris in May 1927, strange “transparent-like creatures” who “looked grim and menacing” appeared and would move freely throughout the plane during the journey.[5] Despite their appearance, he would also state that he “never once felt frightened.”

Much different from the other accounts of mischief and mayhem, Lindbergh instead would write of how he had conversations with these beings and described them as more spiritual than flesh and blood. He would also state that they spent hours talking to him, imparting upon him knowledge of a “mystical nature.” Perhaps bizarrely, given the claims he had just made, Lindbergh declared he didn’t wish to elaborate on the content of this information, fearing ridicule.

As you might imagine, despite the popularity-bordering-on-belief in gremlins at the time of Lindbergh’s 1927 flight, most people have since discounted his claims. Many have noted that these creatures didn’t appear until Lindbergh was almost nine hours into his flight, which shows that the beings were most likely hallucinations brought about by the high altitude or even the sheer stress of the flight. 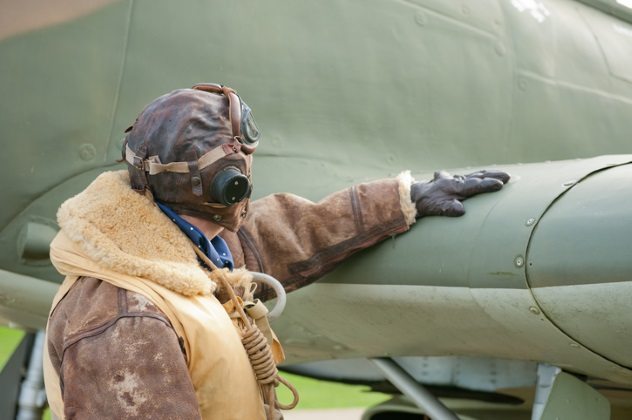 As we mentioned earlier, the plethora of early reports from Royal Air Force (RAF) pilots and personnel would force the British government (via the Ministry of Defense) to issue standard advice on how to deal with such creatures.[6] Campaigns would run, unbelievably or not, that claimed building planes with rounder edges as opposed to straight ones would give these naughty beings fewer places to hide and essentially leave them unable to gain traction on the vehicle and terrorize the pilots.

There were even discussions, more in military circles than the public arena, which asserted that these creatures were somehow connected to the Nazis and that they had been intentionally unleashed on British pilots. As similar stories would filter down from American and Allied pilots, this was forgotten about, and after the war, when German pilots spoke of their own encounters with the same creatures, it was obvious that this was not the case. 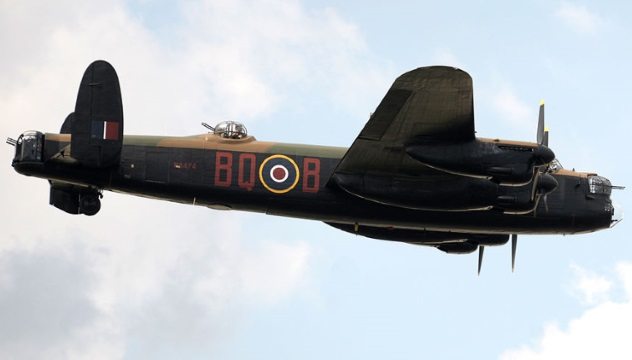 Researcher and author John Laming served for decades in the aviation industry, both in Australia and the United Kingdom.[7] Not only did he have his own supposed encounter with a plane with engines that appeared damaged by some unknown force in 1960, but he would compile several otherwise unknown accounts from World War II pilots.

One of these accounts was by Captain Wikner, who in August 1944, while delivering an Avro Lancaster bomber from one air base to another over the United Kingdom, had a most bizarre encounter. While putting a younger pilot through test exercises since they were in friendly airspace, the engines suddenly cut out.

Due to his experience and skill as a pilot, Wikner manager to gain control of the plane and brought it in for an emergency landing at the first available air base. Bizarrely, as soon as the Lancaster touched down, the engines roared back into life. Perhaps even more strange, the bomber was put under armed guard, and Wikner was replaced by an unknown pilot to complete the delivery. According to Wikner, there were several unreported crashes of Lancaster planes during this time, all of which had resulted in the deaths of the entire crews. 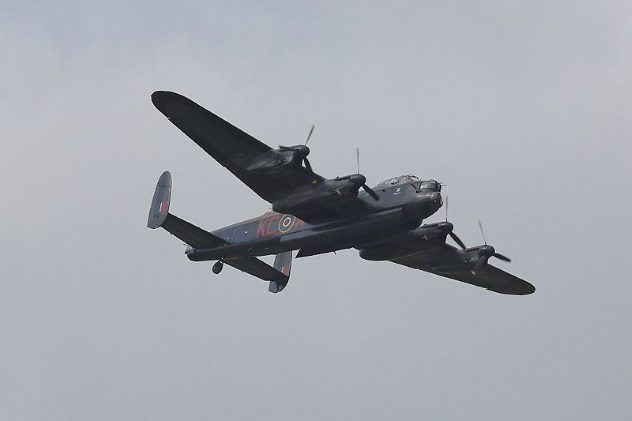 Another account credited to Laming is that of Chris Jarrett, the sole survivor of a wartime mission, again carried out in a Lancaster plane, that crashed in Northern France in 1942.[8] According to Jarrett, who Laming spoke with in the mid-1990s, the Lancaster was en route to Germany on a night mission.

Shortly after entering French airspace, an engine failure began to seize the plane. Attempting to regain control only resulted in the other three engines all shutting down at once, something that shouldn’t have happened. As Jarrett told Laming, “That left us with nothing but a full bomb load and plenty of petrol, so we just went down.”

According to Jarrett, he jumped out the stricken bomber’s front hatch and landed just in time to see it disappear over a hill and burst into flames. While the cause of the crash is not known, it would appear that the talk at the time, of course, blamed gremlins. Furthermore, many accounts of these creatures from pilots described engines failing in exactly the same manner, such as that of Wikner, which we looked at a moment ago.

2 The ‘Alien’ Of Brown Mountain 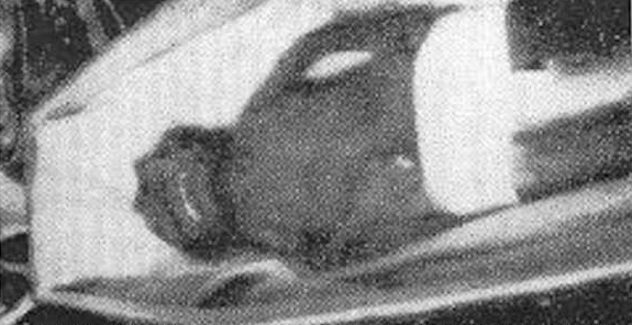 Although these last two examples didn’t take place in the air, the descriptions of the creatures match those given by pilots in World War II almost entirely. Furthermore, they both occurred after the early 1950s, when the sightings by pilots had stopped completely, coincidentally or not.

In 1961, Ralph Lael claimed to have been investigating the Brown Mountain Lights. He encountered a mysterious 3- to 3.7-meter-wide (10–12 ft) orb, which he felt “scanned” him. He followed it into the caves of Brown Mountain. He found his way into a network of precision-carved underground tunnels and ultimately ended up in a huge chamber. It was here that Lael claims a voice from the orb spoke to him and revealed cosmic information.

Lael later returned to the cave and was taken to Venus, where he met a number of Venusians and had sex with a beautiful Venusian woman. After returning from this trip, he found the mummified remains of what appeared to be an alien being in the cave.[9] Although he recovered and photographed the corpse, the body itself was said to have been destroyed in a suspicious fire at the shop which Lael owned.

The creature, whether it is genuine or a hoax, is remarkably similar to the descriptions of the gremlins given by pilots decades earlier and is often referred to as goblin-like—which leads us on to our last entry. 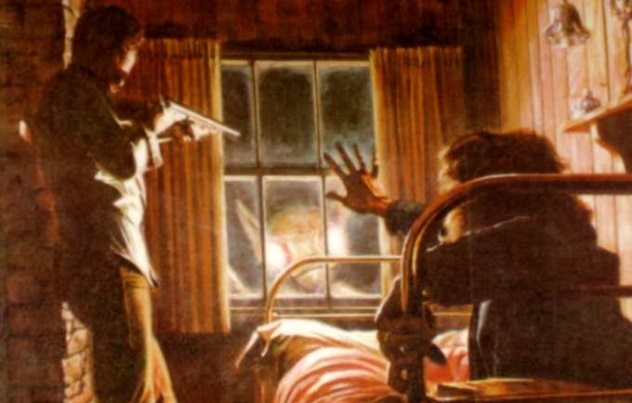 The Hopkinsville Goblin Incident involves some rather outlandish claims.[10] The creatures which would subject two entire families to a night of terror also bore an uncanny resemblance to descriptions of the gremlin beings.

After sharing a meal together in the Suttons’ home near Hopkinsville, Kentucky, in August 1955, members of the Sutton and Taylor families came under apparent attack from strange, glowing beings. Each had exceptionally long arms for their stature (remember the description given by L.W.), with razor-sharp claws at the end of them. They also had “bat-like” ears, stood around 0.6 to 1.2 meters (2–4 ft) tall, and appeared to have the ability to float upward without the aid of a vehicle or propeller of any kind.

Despite members of the families opening fire on the strange creatures and even appearing to hit them on occasion, the bullets would just bounce off, causing no harm whatsoever. The attack would last for hours. Police who were called to the scene afterward noted that there were indeed distinct signs of an outside disturbance. The incident is still unexplained.