The European Alps are full of wonder and majesty. From the glistening white peaks to the bustling ski resorts to the quaint and charming alpine towns, what’s not to love about this beautiful part of the world? Well, underneath the charm and fondue, the Alps can be a seriously weird—and sometimes creepy—place.

From quirky festivals to spooky ghost and folk stories to terrifying tourist attractions, the Alps aren’t all hiking, skiing, and beauty. In fact, the oddities just keep coming, and they’re fascinating!

So what are the top 10 weirdest things in the Alps, and where can you find them? Let’s dive in and find out more!

Related: 10 Unusual Festivals Around The World

10 Step into the Void

Step into the Void

If you’re a bit of an adrenaline junkie and aren’t afraid of heights, one of the Alps’ newest and scariest tourist attractions might be for you.

Step into the Void—an ominous name to start with—is a viewing platform on the top terrace of Aiguille Du Midi near the highly popular ski resort of Chamonix in the French part of the Alps.

Measuring an altitude of 12,650 feet (3.85 kilometers), it is being reported as the highest tourist attraction in Europe. Cautiously step onto the crystal clear glass platform as you view the acres of empty space underneath you.

Boasting dramatic views of the Bossons Glacier and some of the highest peaks in the whole of the Western Alps, it’s well worth the trip—that is, if you can hold your nerve long enough to keep your eyes open![1] 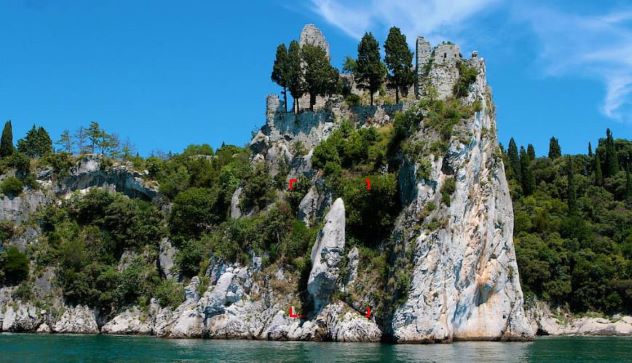 We all love a ghost story, and it seems like every remote region has one that has turned into a legend. Near the Italian town of Duino in the Alps comes the story of the White Lady.

Now, this story has a lot of parallels with the fairytale Rapunzel, but with a much more tragic twist. A beautiful woman and her baby are locked in a tower by her jealous knight husband. Every time he leaves, he locks them in so that no one else can gaze upon her beauty.

One day, the husband returns in a worse mood than usual and throws his wife from the tower. However, instead of crashing into the water below and dying, it’s rumored that God instead turned her into a white statue, thus making her immortal.

The locals swear that you can sometimes see the White Lady roaming the area looking for her son, who was left behind. Sad… and a bit creepy.[2]

Away from the folk stories and the dizzying heights of the mountains, there are also vibrant communities that live in the Alps, all with their own traditions and festivals. One such festival in the Swiss resort of Valais is the Combats de Reines. Held throughout the year, this is a cow-fighting competition. Yes, you read that right.

There is a lot of money that changes hands with plenty of betting, farmers looking for bragging rights, and the honor of being in the finals held every year at the Roman amphitheater in Martigny. It definitely has to be seen to be believed.

The event runs between March and October, outside the busy ski season.[3]

Heading back into the world of mysteries, we’re journeying to Switzerland, specifically the Canton of Uri in the Alps, to the satanically named Devil’s Bridge. Located atop Schöllenen Gorge, the story behind this bridge is certainly a creepy one!

Many years ago, the locals of the area needed to reach the vital St. Gotthard Pass on the other side of the gorge. This was a mammoth task and one they were struggling to find a way around. So they enlisted the help of the devil, of course.

The devil’s price was the soul of the first creature to cross the new bridge. The sneaky locals decided to send a goat over the bridge first, tricking the devil. Understandably furious, the devil raised a rock to destroy the bridge but paused for some unknown reason. During the pause, a woman ran and planted a cross on the bridge, banishing the devil.

To this day, you can see the devil’s rock near the bridge.[4]

Back with the bizarre festivals with a supernatural twist, you may have heard of the Krampus, the evil Alpine version of Santa, but did you know there’s a whole festival attached to him in the Austrian Alps?

Celebrated on the 5th of December every year, you’ll see a night of carnage and mayhem with locals taking to the streets in horns and grotesque masks called Krampuslaufen, or the Krampus Run. The idea is to scare all the children into being good all year round. Definitely a more extreme take on Saint Nick’s naughty or nice list.

It’s a fun and scary festival that seemingly has more in common with Halloween than Christmas but combines the best parts of both. [5]

‘Snow blood’: Why climate change may be turning the Alps red • FRANCE 24 English

Even though this sounds like a supernatural incident or a folk story, the truth behind the increasing frequency of blood snow in the Alps is even more frightening. It’s the result of climate change in the area, and if you don’t know about it, it can be a pretty terrifying sight.

Essentially, it has to do with a specific type of microscopic algae that lives and grows in the Alpine snow. Typically, it’s green due to the chlorophyll, but when there’s too much solar radiation, they put up a red-pigmented shell to protect the chlorophyll underneath. This makes the snow look blood red.

The long-term issue of this is that it turns large patches of the snow dark, trapping and absorbing more heat rather than reflecting it back as white snow normally does. This contributes to higher global temperatures, melting snow and ice, and overall accelerates climate change. Truly terrifying. [6]

4 The Fairies of Val Gerina 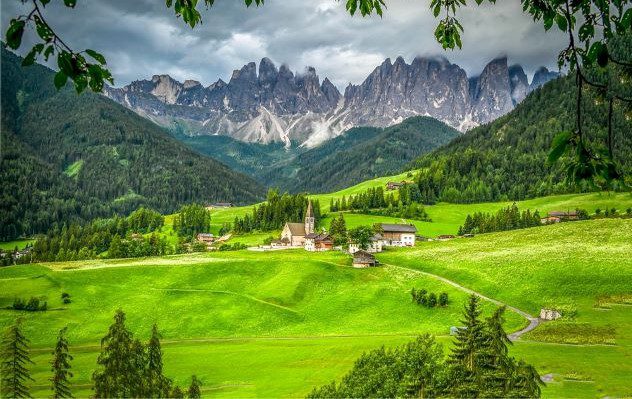 Now the Swiss Alps are known for their breathtaking scenery, but the legend of the Fairies of Val Gerina supposes the most beautiful, verdant, green valley is no longer with us due to the folly of one particular man.

It starts with an old man who’d go up a mountain every day with a pail of milk. He’d leave it up there, and then the next day, it would be empty. No explanation. Eventually, his son, Pietro, got curious. He followed his father, and once at the top, nothing happened.

When they returned to their house, they were stunned to find out their prize goat had died. At this point, the father was forced to tell his son that he fed the fairies, and in return, they gave him their protection. As they couldn’t drink because of Pietro watching, this was the price.

Many years later, Pietro met a girl and gave her a beautiful stone. She loved it so much that Pietro wanted to get more and decided to enlist the help of the fairies. Following the legend, he went to their cave and read out a blood spell. Unfortunately, the fairies weren’t fond of Pietro, and the cave collapsed, taking the whole beautiful valley with it. So, did it ever exist? Visit Switzerland and decide for yourself.[7]

As the Alps are well known for their dairy products, it should come as no surprise that cows are big business. If you journey to the small village of Riederalp in Swiss Valais—the same area as the cow fighting festivals—you can participate in or witness a truly weird and wacky festival involving cow dung.

The 500-strong population takes to the fields with 17,000 cow patties and fertilizes the higher pastures that often get missed naturally. It’s a quirky festival where everyone gets down and dirty while helping out the land.[8]

The Nymphs: The Beautiful and Young Minor Deities of Greek Mythology – Mythological Dictionary

If you journey to the Italian Alps, you will likely see a series of breathtaking Alpine lakes. Near Valsassina comes the legend of the Water Maidens—nymphs who take the form of beautiful women.

One night a nearby farmer heard a ruckus and found a young nymph stealing cheese from his basement. Beguiled by her beauty, he promised to keep her true nature a secret. He eventually married her, and they had a child together.

After some time, the husband got angry and told his friends about his wife’s nymph-like nature. Furious that her promise had been broken, the woman cursed both her husband and son so that any children they had would be born with hooves and would never marry.

When the son got married, and his wife wanted children, he took it upon himself to end the curse by jumping off a cliff. Locals swear you can still hear him wailing.[9]

Who doesn’t love to see grown adults hurtling down an icy mountain on a tiny sled? This extreme race happens every year in the German Alps on the 6th of January. It’s pretty common to see a team member roll off or take a tumble down the mountainside after hitting some ice or losing control.

Despite the danger involved, it’s a fun, slightly odd festival where you get to laugh and gasp at the thrills and spills on the mountain, normally with a big tankard of Bavarian beer.[10]