When you think of a bank robbery, the typical movie scenes tend to come to mind. A group of criminal masterminds who have spent a tremendous amount of time studying bank floor plans and security carefully execute a plan to heist large sums of money with the hopes of never being caught.

Additionally, given that someone caught robbing a bank faces a penalty of up to 20 years in prison, it would only make sense that anyone willing to commit such an offense would also be looking for their crime to “pay.”

There have been incredibly large bank heists throughout history, such as the Dar Es Salaam bank robbery in 2007, where $282 million was taken. But below, you will read stories that are quite the opposite. From strange motives to fake weapons and loot that was gambled away, this list contains 10 of the smallest (and quite possibly the most bizarre) bank robberies. 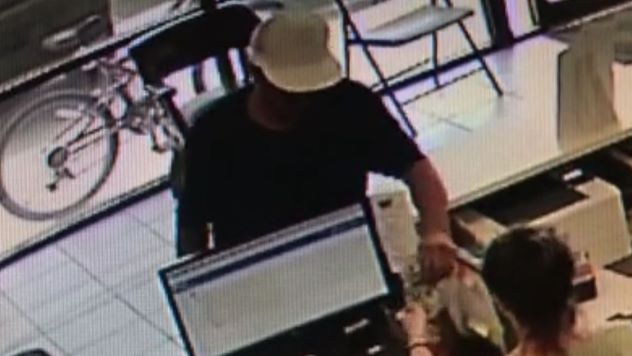 The saying “the second time’s the charm” seemed to hold true for 57-year-old Bernell Breaux of Orleans Parish, Louisiana.

On January 2, 2020, Breaux attempted to rob the Gulf Coast Bank and Trust but was unable to obtain any cash and fled the scene on a bicycle. Refusing to give up, Breaux then went to a Capital One Bank, presented a gun, and demanded money from the teller. Breaux’s second attempt was successful, and he left on his bicycle $302 richer.

Unfortunately for him, the glory would not be long-lived. Thanks to tips sent to Crimestoppers and local media outlets, Breaux was arrested on January 6, 2020, and was charged with 2 counts of bank robbery.[1]

Fifty-four-year-old Michael Harrell of Cleveland, Ohio, definitely did not have a well-thought-out plan prior to robbing a bank. Rather than choosing a bank at random, Harnell chose to rob the U.S. Bank, where he was a regular customer, on July 29, 2019. He didn’t enter wearing a mask or any type of disguise to try and conceal his identity either.

Harrell approached the teller and handed her a note stating, “This is a robbery. Don’t get nobody hurt.” However, his note was written on the back of a document from the Department of Motor Vehicles which also contained all of Harnell’s personal information.

The teller did as Harrell asked and handed him $206. She then contacted the police and provided them with all of Harrell’s information. Harnell was located and arrested on August 1, 2019.[2] 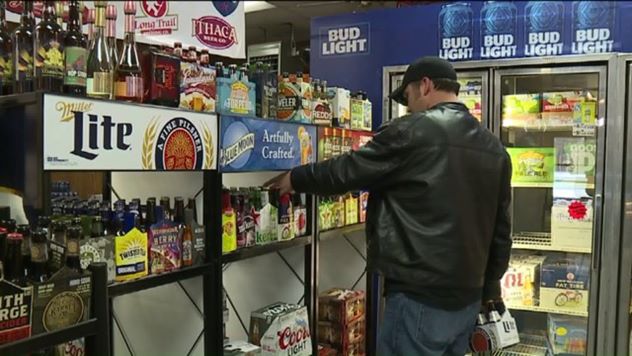 On June 7, 2019, 55-year-old Jeffrey Holbert of Urbana, Illinois, was with an unnamed woman when he tried to steal beer from a John’s Drive-Thru store. However, when an employee stopped Holbert, he said he would get some money to pay for the beer. Although, Holbert’s plan to pay for the beer involved robbing a local bank.

Holbert went into the Security National Bank and filled out a withdrawal form that stated, “Hurry… give me $180 now or get hurt bad.” He then took the form to a teller who did as Holbert demanded. Holbert then left the bank on foot and returned to the John’s Drive-Thru store.

It was then that he advised the woman who had been with him that he had robbed the bank and stashed the money in a bush behind the store. Holbert then purchased his beer.

Unfortunately for Holbert, as police began gathering evidence from the bank and interviewing witnesses, the unnamed woman told them what Holbert had done. He was located by police shortly after that.

Holbert received a plea deal and pleaded guilty to third-degree robbery. He was sentenced to 18 months in prison.[3]

On December 11, 2021, a rather strange-looking individual entered a Wells Fargo bank in Delaware. Forty-four-year-old McRoberts Williams had no mask but donned a noticeable black eye and camouflage gear.

He handed one of the tellers a note that stated, “This is a robbery. I need $150.” The teller complied and then hit the emergency button to alert the police.

Police officers located Williams only 100 yards from the bank, but when they searched him, they found he had no cash in his possession. They did, however, find his Wells Fargo bank card. Williams had taken the money he stole from the bank and deposited it into his own account using an outside ATM. 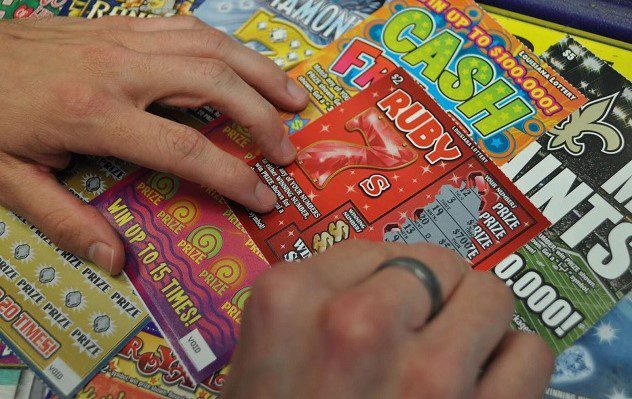 On February 24, 2012, 60-year-old Ronald Paul Silva of Orange City, Florida, walked into the Tusto Bank and handed the teller a blank deposit slip. When the teller mentioned the blank slip to Silva, he then proceeded to give her a bag that contained a note with his intention to rob the bank.

The teller did advise Silva that she did not have a lot of money, but after he pulled a pellet gun from his waist, she handed over all she had—$130.

Apparently, given the small amount of loot Silva received, perhaps he thought he might increase his chance of a bigger payday by playing the lottery. Silva then took the money and spent all of it at a local Kangaroo store on tickets. However, all the lottery tickets were losers, and Silva ultimately ended up with nothing.

Silva was arrested the next day and charged with armed robbery, displaying a weapon during a felony, and theft.[5] 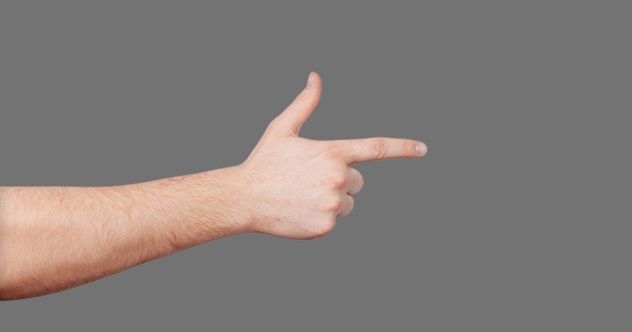 Fifty-six-year-old Paul James Sinclair of Largo, Florida, used a finger-gun fake-out technique in order to rob a Chase Bank near Seminole on October 10, 2022. Little did Sinclair realize that his fake gun would lead to very real handcuffs.

Sinclair approached the teller and demanded money, implying he had a weapon. In reality, his “weapon” was nothing more than a finger hidden underneath his shirt. Unfortunately for Sinclair, he only received $120 and was also arrested 10 minutes after fleeing the scene.

Sinclair was charged with second-degree robbery. He is in custody and is also facing unrelated charges of first-degree arson.[6] 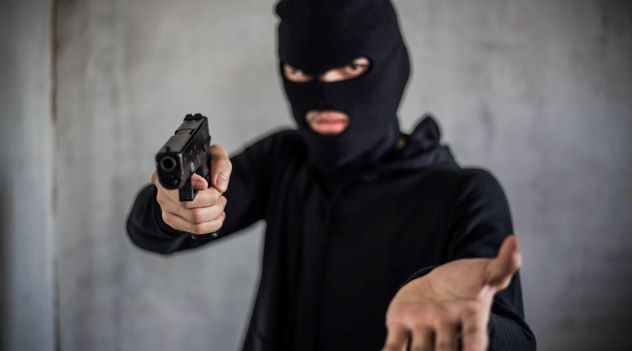 On January 19, 2019, 37-year-old Robert Joseph Markus set out on a crime spree. Markus first robbed the TCF Bank in Genoa Township, Michigan. However, perhaps because he only made off with $106, he attempted to rob a second bank—the Lake Trust Credit Union.

When a credit union employee asked Markus to remove his mask, he decided to flee the scene but was apprehended several minutes later.

Markus, who is a 4th-time habitual offender, was charged with two counts of armed robbery and one count of bank robbery. He was sentenced to 81 months to 20 years in prison and ordered to pay back the $106 he stole.[7] 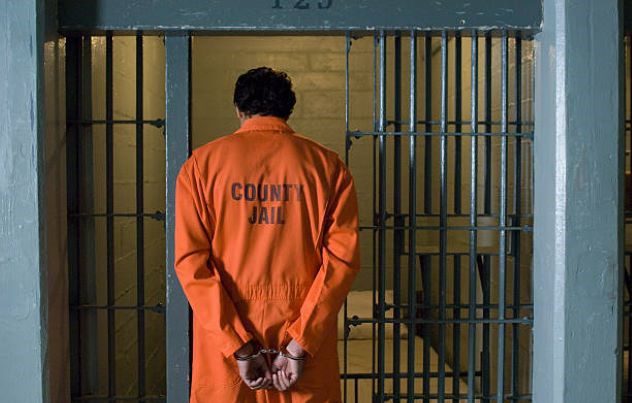 Eduardo Bulerin, a former gang member of Goodyear, Arizona, stated he feared for his life. However, rather than relocate, he felt the safest place he could be was in jail, and he was willing to do anything to get arrested.

On September 15, 2021, Bulerin went into the First Bank and demanded money from the teller. However, all he received was a single $100 bill.

Bulerin was arrested within 15 minutes and was charged with robbery.[8]

Fifty-nine-year-old James Verone of Gastonia, North Carolina, had fallen on hard times after losing his job of 17 years as a Coca-Cola delivery driver. Unable to find work, Verone also began experiencing several health issues, which he was unable to receive treatment for due to his lack of insurance. It was at that point he decided to take matters into his own hands and rob the Gastonia Bank.

Given Verone’s financial situation, it would be easy to assume he was looking for a large payout. However, in this case, it was quite the opposite. Verone wasn’t looking for money but rather medical care, which he knew he could receive for free once in jail.

On June 9, 2011, Verone walked into the bank and demanded only $1 from the teller. He then went and sat down in the bank’s lobby, patiently waiting for the police to arrive.

Verone was arrested and charged with larceny, but after spending one year in jail, he pleaded guilty to misdemeanor larceny through an agreement with prosecutors and was released based on time served.[9] 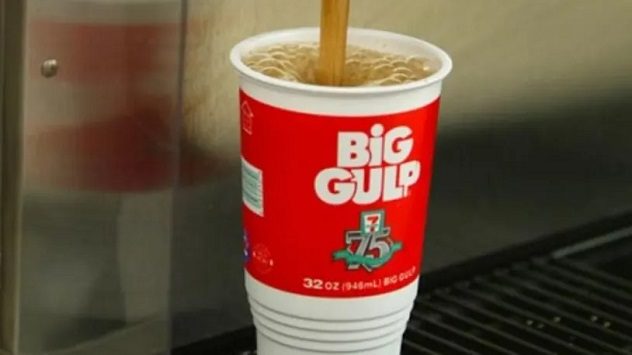 On June 13, 2020, 24-year-old David R. Nickel was craving a 7-Eleven Big Gulp drink and decided the best way to pay for his beverage was to obtain the fifty cents he needed from the U.S. Bank in Portland, Oregon.

Nickel went into the bank holding a large stick of wood and used his fingers to mimic a gun as he confronted the teller. Once Nickel had his loot, he simply walked across the street to the 7-Eleven store and purchased his drink.

However, when Nickel was arrested, it was discovered that he had recently been released from the psychiatric department at the Unity Center for Behavioral Health. Given Nickel’s mental health, the charges against him were dismissed so he could be transferred back to the behavioral health center and receive treatment.[10]