This is a list of the top 10 living movie directors. I have selected primarily directors of English speaking films as this would become too big a list otherwise. These are the most forward thinking, groundbreaking, or just plain awesome directors. As usual, add your favorites to the comments. 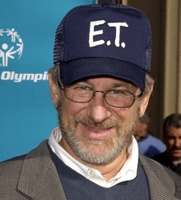 Notable Films: Empire of the Sun, The Color Purple, Jurassic Park, Schindler’s List, Catch me if you Can

Spielberg is a three-time Academy Award winner and is the highest grossing filmmaker of all time, with an estimated net worth of $3 billion. As of 2006, Premiere listed him as the most powerful and influential figure in the motion picture industry. TIME named him in the ‘100 Greatest People of the Century’. At the end of the 20th century LIFE named him the most influential person of his generation. 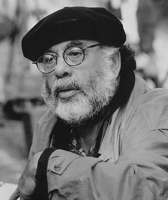 Francis Ford Coppola (born April 7, 1939) is a five-time Academy Award winning American film director, producer, and screenwriter. Coppola is also a vintner, magazine publisher, and hotelier. He earned an M.F.A. in film directing from the UCLA Film School. He is most renowned for directing the highly regarded Godfather trilogy, The Conversation, and the Vietnam War epic Apocalypse Now. 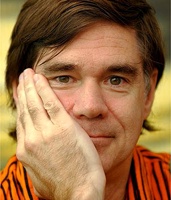 us Van Sant Jr. (born July 24, 1952 in Louisville, Kentucky) is an American Academy Award nominated film director, photographer, musician, and author. He currently lives in Portland, Oregon. His early career was devoted to directing television commercials in the Pacific Northwest. Openly gay, he has dealt unflinchingly with homosexual and other marginalized subcultures without being particularly concerned about providing positive role models. 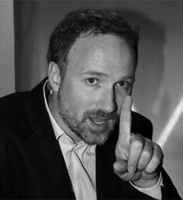 David Leo Fincher (born August 28, 1962) is an American music video and film director known for his dark and stylish portraits of the human experience, particularly Fight Club and Se7en. With his sights set on a directing career, he joined the talent management and advertising and video-production company Propaganda Films and started off directing music videos and commercials. Directors such as Meiert Avis, David Kellogg, Michael Bay, Antoine Fuqua, Neil LaBute, Spike Jonze, Mark Romanek, Michel Gondry, Zack Snyder, Gore Verbinski, and Alex Proyas among others honed their talents at Propaganda before moving on to feature films.

Complete your Tarantino collection with Django Unchained at Amazon.com!

Roman Pola?ski (born August 18, 1933) is an Academy Award winning film director, writer, actor, producer. After beginning his career in Poland, he became a celebrated arthouse filmmaker, and Hollywood director of such films as Rosemary’s Baby (1968) and Chinatown (1974). He is also known for his tumultuous personal life. In 1969, his wife, Sharon Tate, was murdered by the Manson Family. In 1978, after pleading guilty to having unlawful sexual intercourse with a thirteen year old girl, Polanski fled to France, where he now resides. 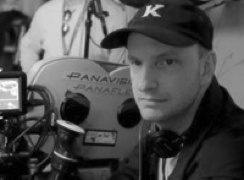 Steven Andrew Soderbergh (born January 14, 1963 in Atlanta, Georgia) is an American film producer, screenwriter, cinematographer, editor, and Oscar-winning director. Soderbergh often acts as his own director of photography under the alias of Peter Andrews and occasionally as his own editor under the alias of Mary Ann Bernard. While shooting Traffic, Soderbergh wanted a credit of ‘Photographed and Directed by’. The Writer’s Guild (WGA) wouldn’t allow another credit ahead of the writer. Because Soderbergh didn’t want his name used more than once, he adopted a pseudonym, Peter Andrews, his father’s first and middle names. 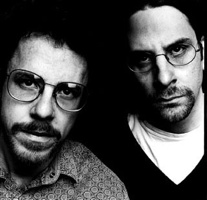 Joel and Ethan Coen, known as The Coen Brothers, are Oscar-winning American filmmakers. For more than 20 years, the pair have written and directed numerous successful films, ranging from comedies (O Brother, Where Art Thou?, Raising Arizona, The Big Lebowski) to film noir (Miller’s Crossing, Blood Simple, The Man Who Wasn’t There), to movies where those two genres blur together (Fargo, Barton Fink). The brothers write, direct and produce their films jointly, although until recently Joel received sole credit for directing and Ethan for producing. They often alternate top billing for their screenplays, while sharing film credits for editor under the alias “Roderick Jaynes”. 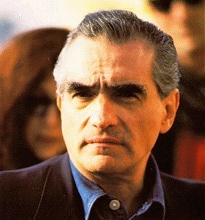 Martin Marcantonio Luciano Scorsese (born November 17, 1942) is an American film director, writer and producer and founder of the World Cinema Foundation. He won the Academy Award for Best Director for his film The Departed at the 79th Academy Awards in 2007. He is also a recipient of the AFI Life Achievement Award for his contributions to the cinema and has won awards from the Golden Globe, BAFTA, and Directors Guild of America. Scorsese’s body of work addresses such themes as Italian American identity, Roman Catholic concepts of guilt and redemption, machismo, and the violence endemic in American society. Scorsese is widely considered to be one of the most significant and influential American filmmakers of his era. 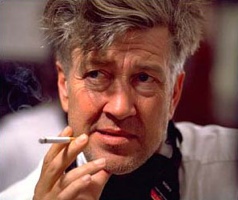 David Keith Lynch (born January 20, 1946) is an American filmmaker, painter, video artist, and performance artist. Lynch has received three Academy Award for Best Director nominations for The Elephant Man (1980), Blue Velvet (1986), and Mulholland Drive (2001). He has won awards at the Cannes Film Festival and Venice Film Festival. Over a lengthy career, Lynch has employed an unorthodox approach to narrative that has become instantly recognizable to audiences and critics worldwide. Lynch’s films are known for surreal, nightmarish and dreamlike images and meticulously crafted sound design. His work often explores the seedy underside of “Small Town U.S.A.”, or sprawling metropolises.

There are so many notable mentions that I don’t have room to list them all here.

10 of the Least Sexy Sex Scenes in Modern Movie History