It’s no secret that blockbuster tentpole films have driven Hollywood for the better part of two decades. While franchises like Star Wars, Marvel’s Cinematic Universe, and J.K. Rowling’s Wizarding World continued to dominate the box office, anxious competitors searching for their own blockbuster hits stumbled through an astonishing series of misfires in 2016.

Whether failed franchise starters, ill-advised sequels, or films without clear target audiences, these are the year’s “event” movies that turned out to be the opposite of crowd-pleasers. 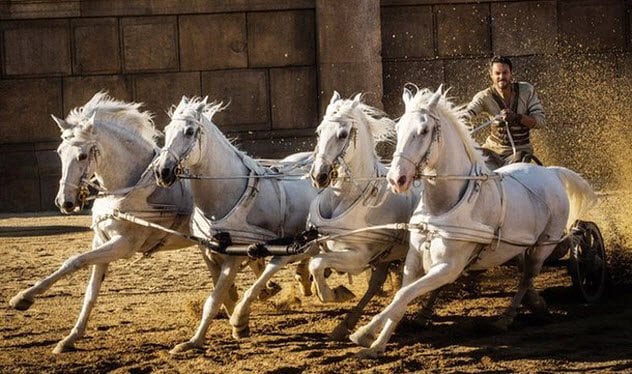 The 1959 Charlton Heston vehicle Ben-Hur is one of the original event films, full of spectacle the likes of which audiences of the day had never seen. Its $15 million production cost made it the most expensive film ever made at the time, with the climactic chariot race requiring a year of preparation, five weeks of shooting, and $1 million to get on film. The film won 11 Academy Awards.

A big-budget 2016 remake seemed like a good idea to somebody but certainly not to modern audiences.

While the story has distinctly Christian themes, Ben-Hur failed to appeal to both the Bible Belt and fans of action-packed spectacle. The film’s director blamed its failure in the US on its “forgive your enemy” message, but there may have been other factors at play.

The film’s leads are not big names in the US, its intended audience was unclear, and it was absolutely savaged by critics. Variety deemed it “sludgy and plodding” while Rolling Stone said: “The last of the summer’s movie epics is a digitalized eyesore hobbled in every department by staggering incompetence.” 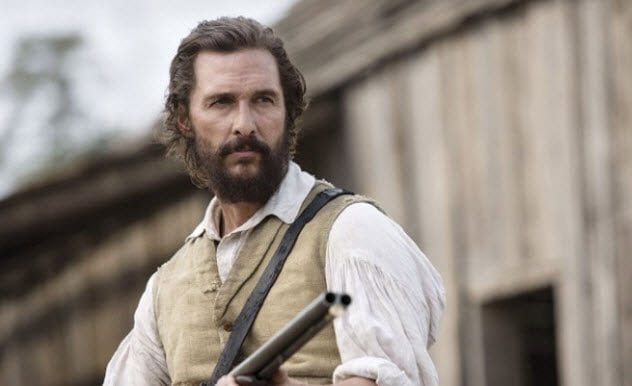 Independent production company STX Entertainment, which aims to produce high-quality adult dramas with top-shelf talent, put its business model to the test in 2016. Seeking the audience turned off by superhero blockbusters and sequels, the studio produced the Civil War drama Free State of Jones with resurgent star Matthew McConaughey.

The true story of one white Southerner’s revolt against the Confederacy is fascinating, and Free State seemed like the type of prestige picture that could upend expectations and score big at the box office. It did not.

The film failed to make back even half of its budget domestically, and its failure was blamed as much on its tone-deaf take on race relations as its shoddy script and pacing. Fortunately, the studio was able to save face later in the year with the successful Mila Kunis comedy Bad Moms. 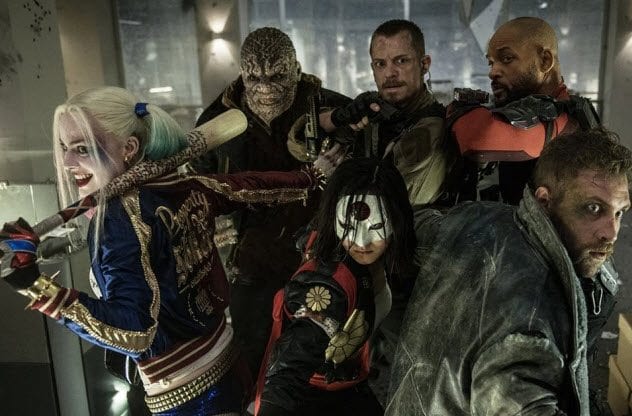 The third entry in Warner Brothers’ DC Extended Universe (DCEU) franchise, Suicide Squad was troubled from the beginning by the on-set antics of star Jared Leto and reports of significant reshoots months after principal photography had wrapped. Featuring such popular DC Comics characters as Harley Quinn and the Joker (played by Leto in a controversial interpretation), the film came with a built-in audience and was expected to creatively reinvigorate the DCEU franchise.

While the film nearly doubled its budget domestically and many fans defended it, Suicide Squad received the kind of critical drubbing normally reserved for films with “Fantastic Four” in the title. Chief among the complaints: The reshoots had apparently been ordered to shoehorn more comedy into the film, resulting in a tonal mess that felt like a mash-up of two different films. The story’s setup was rushed, and the final villain was an underwhelming CGI creation. 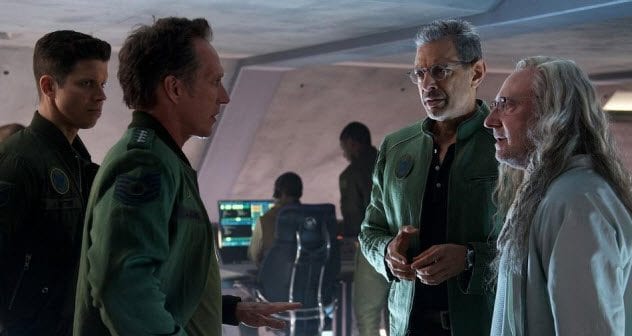 Despite competing blockbuster releases such as Twister and Mission: Impossible, the alien invasion thriller Independence Day was the top-grossing film of 1996. It featured impressive special effects and made Will Smith an international box office draw.

But it had plot holes big enough to drive trucks through, as in the scene where Jeff Goldblum’s scientist character is able to interface a standard MacBook with the alien mother ship’s computer.

Its belated sequel, Independence Day: Resurgence, failed to similarly wow modern audiences, which have become accustomed to big-budget CGI destruction. The film garnered terrible reviews for its convoluted plot, confusing battle sequences, and unpardonable summer action movie offense—being boring. It was also criticized for spending too much time setting up a sequel that is now unlikely to happen.

6 Teenage Mutant Ninja Turtles: Out Of The Shadows 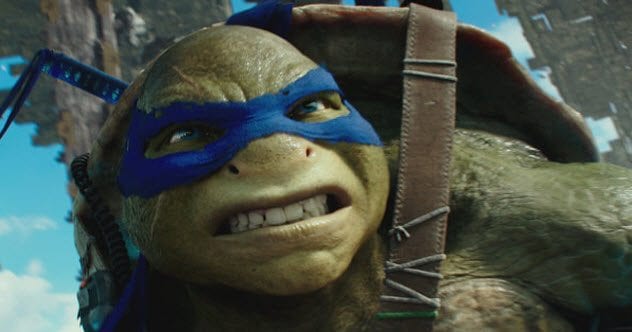 Michael Bay’s 2014 reboot of the Teenage Mutant Ninja Turtles franchise received mixed reviews from critics and fans alike. Although some found the character design to be disturbing and fans lamented Bay’s seeming reluctance to make a movie without Megan Fox, the film performed well enough at the box office for the studio to break even—but probably not well enough to merit a sequel.

Reviews of 2016’s Teenage Mutant Ninja Turtles: Out of the Shadows complained that the film felt like a two-hour toy commercial and not even a particularly engaging one. Reviewer Simon Abrams faintly praised the film by proclaiming it better than the first while still awarding it just one star out of four.

The film did paltry domestic box office and was not even able to turn a profit after the international receipts came in. Producer Andrew Form, in an interview with Collider, professed surprise at the box office returns and admitted that production company Paramount will likely not move forward with the franchise. 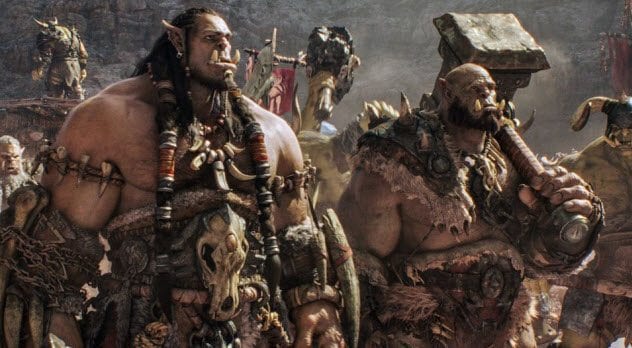 The live-action adaptation of Blizzard Games’ World of Warcraft first began development in 2006 and suffered an unusually laborious production. It was five years into this development before there was a viable working script.

The first director to be attached, Sam Raimi, dropped out and was replaced with Duncan Jones, whose films Moon and Source Code were very well-received. Jones immediately insisted on rewriting the script, doing so during a hectic production that saw his wife diagnosed with breast cancer at the beginning and his father, David Bowie, dying from cancer near the end.

The result was a muddled adaptation of a property whose popularity had peaked a decade earlier, and the film’s abysmal North American box office barely covered a quarter of its production budget. Many genre fans were surprised and disappointed that Jones, an immensely talented director, had taken part in such an uninspired project.

The film was, however, a significant international success. It grossed over $200 million in China and broke $400 million worldwide. With Jones expressing interest in returning, it seems likely that Warcraft will soon get a sequel—albeit one that may never be shown in the US. 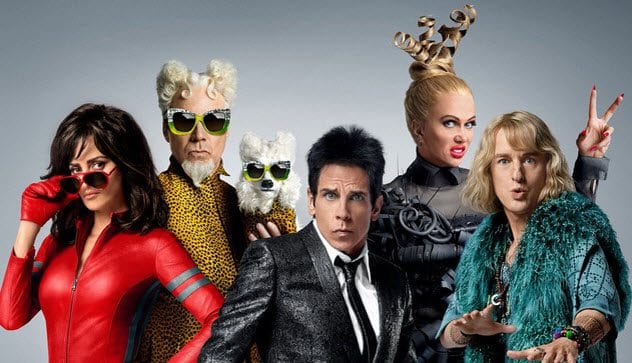 The 2001 Ben Stiller vehicle Zoolander was a modest box office success and, depending upon whom you ask, is either a cult comedy classic or the visual equivalent of fingernails on a chalkboard. The fashion industry parody was not a film that demanded a sequel, let alone a belated one made 15 years after the original. This may help explain why Zoolander 2 was greeted with all the enthusiasm of a tax audit.

Early trailers and critics’ screenings did not help the film’s cause. A depiction of a transgender model played by Benedict Cumberbatch elicited calls for boycotts, and the advance word from critics was brutal. Legendary film critic Leonard Maltin walked out of a Zoolander 2 screening halfway through and said so, with pride, in his review.

The film was a huge loss for Paramount, imparting the expensive lesson that long-gestating sequels to modest cult classics do not necessarily equal box office gold.

3 Alice Through The Looking Glass 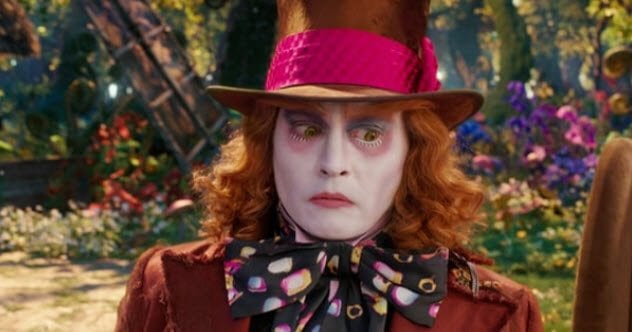 While some questioned whether the world needed a Tim Burton–directed retelling of Alice in Wonderland with Johnny Depp as the Mad Hatter, there was no questioning the formidable $1 billion worldwide box office take of the 2010 hit.

The numbers are startling. Wonderland scored an eye-popping $116 million opening weekend; Looking Glass managed barely a quarter of that at $34 million. The 2016 film’s $77 million domestic take didn’t come close to covering half of its lavish $170 million budget, while the global total—just shy of $300 million—represented less than a third that of the original.

Many factors may have contributed, from the March release to the six-year gap between films. But Depp being publicly accused of physical abuse by ex-girlfriend Amber Heard shortly before the film’s release was likely the most damaging of all. 2012’s Snow White and the Huntsman was not a fantastic success for Disney, making $400 million worldwide on a whopping $170 million budget. Despite this, a sequel was quickly announced. But a couple of months after the film’s release, it became known that star Kristen Stewart had had an affair with director Rupert Sanders during filming, throwing her involvement in any sequel into question.

Frank Darabont was briefly in talks to replace Sanders, but this fell through. It was announced in 2013 that the sequel would focus on Chris Hemsworth’s Huntsman character. The result, The Huntsman: Winter’s War, arrived in April 2016 to absolutely deafening silence.

Critical opinions ranged from “rushed and incomplete” to “total rip-off of Frozen.” It also turned out that audiences were not keen on a Snow White movie with no Snow White. Universal Studios took a loss of nearly $70 million on the film, which effectively killed the franchise. 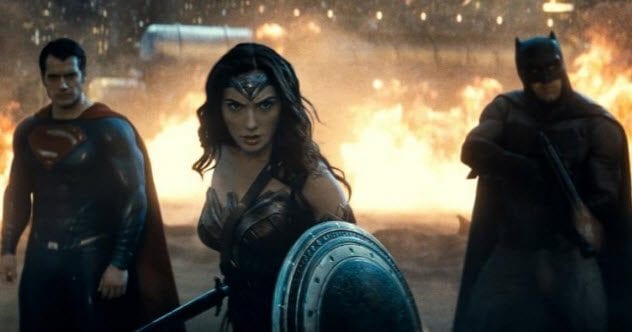 The first film in cinema history to put Batman and Superman onscreen together is perhaps the finest example of what could be called a successful flop—a film that makes money but falls drastically short of its studio’s expectations.

With a quarter-billion-dollar budget before advertising, the $855 million in worldwide box office garnered by Batman v Superman: Dawn of Justice was basically only enough for Warner Brothers to break even. While the film had a record-breaking opening weekend, savage reviews and bad word of mouth caused attendance to drop 69 percent from that weekend to the next.

That the first screen pairing of the two iconic heroes failed to break the $1 billion mark globally was shocking and sobering for Warner Brothers executives, who immediately began retooling the entire DCEU operation. In May 2016, it was announced that DC Chief Content Officer Geoff Johns would be joining to oversee the creative side of the DCEU, a welcome move for fans.