Everyone loves a movie with a good twist, and the Hollywood engine knows that and exploits it. Almost every film that comes out now has at least one twist or another, but some really stand out for their brilliance or shock value. This is the list of the 15 best film twists. Contains Spoilers. 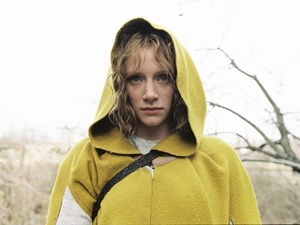 Story: In a quiet, isolated village in olde Pennsylvania, there lies a pact between the people of the village and the creatures who reside in the surrounding woods: the townspeople do not enter the woods, and the creatures do not enter the village. The pact stays true for many years, but when Lucius Hunt seeks medical supplies from the towns beyond the wood, the pact is challenged. Animal carcasses, devoid of fur, begin to appear around the village, causing the council of elders to fear for the safety of the village, the pact, and so much more.

The Twist: The monsters are the elders dressing up to hide the fact that they are living in a fake world fenced off from modern society 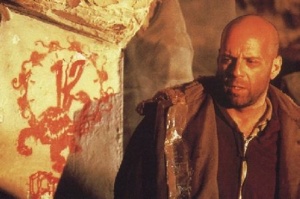 Story: An unknown and lethal virus has wiped out five billion people in 1996. Only 1% of the population has survived by the year 2035, and is forced to live underground. A convict (James Cole) reluctantly volunteers to be sent back in time to 1996 to gather information about the origin of the epidemic (who he’s told was spread by a mysterious “Army of the Twelve Monkeys”) and locate the virus before it mutates so that scientists can study it. Unfortunately Cole is mistakenly sent to 1990, six years earlier than expected, and is arrested and locked up in a mental institution, where he meets Dr. Kathryn Railly, a psychiatrist, and Jeffrey Goines, the insane son of a famous scientist and virus expert.

The Twist: It wasn’t the Army of 12 Monkeys, it was Dr Peter’s who worked with Jeffrey Goines father 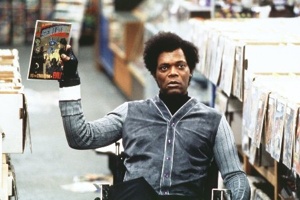 Story: After walking unscathed from a train wreck, security guard David Dunn (Bruce Willis) is approached by Elijah Price (Samuel L Jackson), a comic book collector convinced he is, in reality, a super-hero. Dunn is skeptical, but gradually realizes he has superhuman strength and paranormal crime-fighting abilities.

The Twist: Price is the villain 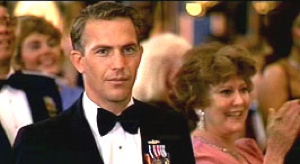 Story: Tom Farrell (Kevin Costner), a naval attaché at the Pentagon, is ordered to locate the murderer of a high-class escort he himself had been seeing. The real killer, Secretary of Defence David Brice (Gene Hackman), has pinned the blame on a bogus Russian mole, codename “Yuri”.

The Twist: Tom is Yuri 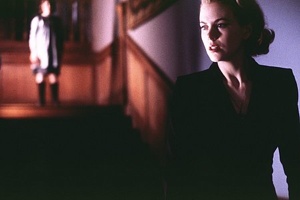 Story: A woman named Grace retires with her two children to a mansion on Jersey, towards the end of the Second World War, where she’s waiting for her husband to come back from battle. The children have a disease which means they cannot be touched by direct sunlight without being hurt in some way. They will live alone there with oppressive, strange and almost religious rules, until she needs to hire a group of servants for them. Their arrival will accidentally begin to break the rules with unexpected consequences.

The Twist: They are all ghosts 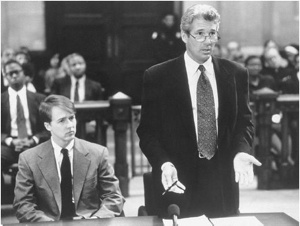 Story: An arrogant, high-powered attorney takes on the case of a poor altar boy (Aaron) found running away from the scene of the grisly murder of the bishop who has taken him in. The case gets a lot more complex when the accused reveals that there may or may not have been a “third person”, Roy, in the room during the murder.

The Twist: Aaron is Roy and he did it 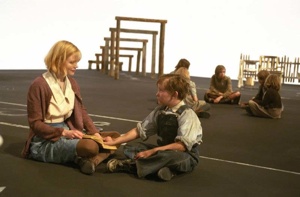 Story: The beautiful fugitive, Grace (Nicole Kidman), arrives in the isolated township of Dogville on the run from a team of gangsters. With some encouragement from Tom, the self-appointed town spokesman, the little community agrees to hide her and in return, Grace agrees to work for them. However, when a search sets in, the people of Dogville demand a better deal in exchange for the risk of harbouring poor Grace, turning her into a virtual slave, and she learns the hard way that in this town, goodness is relative.

The Twist: The mobster is Grace’s father and he kills everyone in the town at her request 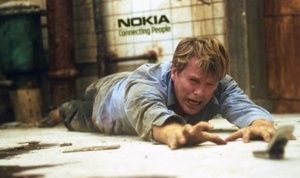 Story: A sadistic serial killer known as ‘Jigsaw’ by the police is kidnapping people to teach them the value of life by making them choose between losing a part of their body and/or hurting someone else to survive. One of his victims is a young man named Adam who awakens in a bathtub to find that he is chained by the leg to a pipe in the basement of a crumbling building. Adam sees another person chained on the other side of the room; his name is Dr. Lawrence Gordon. They both discover a dead man, who committed suicide, laying between them in a pool of blood with a gun in one hand and a tape recorder in the other

The Twist: The man on the floor is Jigsaw and he is alive

Get the hair-raising movie that had everyone screaming! Buy Saw at Amazon.com! 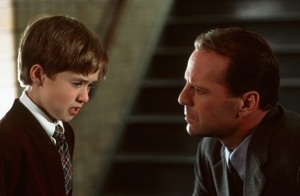 Story: Malcolm Crowe is a child psychologist who receives an award on the same night that he is visited by a very unhappy ex-patient. After this encounter, Crowe takes on the task of curing a young boy with the same ills as the ex-patient. This boy “sees dead people”. Crowe spends a lot of time with the boy (Cole) much to the dismay of his wife. Cole’s mom is at her wit’s end with what to do about her son’s increasing problems. Crowe is the boy’s only hope.

The Twist: Malcolm Crowe is dead 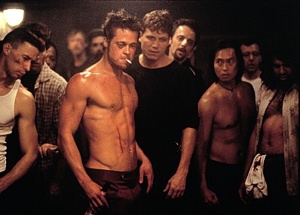 Story: A lonely, isolated thirty-something young professional (The Narrator) seeks an escape from his mundane existence with the help of a devious soap salesman called Tyler Durden. They find their release from the prison of reality through underground fight clubs, where men can be what the world now denies them. Their boxing matches and harmless pranks soon lead to an out-of-control spiral towards oblivion.

The Twist: The narrator and Tyler Durden are the same person 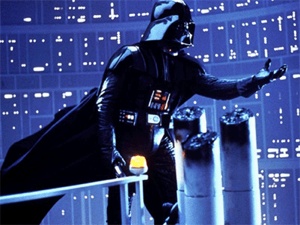 Story: Fleeing the evil Galactic Empire, the rebels abandon their new base on Hoth. Princess Leia, Han Solo and the droids R2-D2 and C-3P0 escape in the damaged Millenium Falcon, but are later captured by Lord Darth Vader on Bespin. Skywalker, meanwhile, follows Ben Kenobi’s posthumous command and receives Jedi training by Yoda on Dagobah.

The Twist: Leia is Luke’s sister and Darth Vader is their father 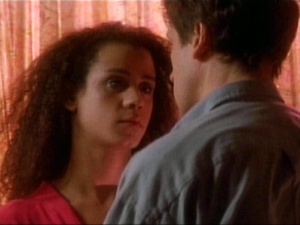 Story: An unlikely kind of friendship develops between Fergus, an Irish Republican Army volunteer, and Jody, a kidnapped British soldier lured into an IRA trap by Jude, another IRA member. When the hostage-taking ends up going horribly wrong, Fergus escapes and heads to London, where he seeks out Jody’s girlfriend, a hairdresser named Dil. Fergus adopts the name “Jimmy” and gets a job as a day laborer. He also starts seeing Dil, who knows nothing about Fergus’ IRA background.

The Twist: Dil is a man 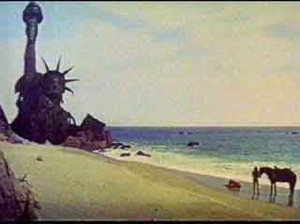 Story: In the year 3978 AD a spaceship with a crew of 4 crashes down on a distant planet. One of the crew members had died in space and the other 3 head out to explore the planet. They soon learn that the planet is much like their own and they find that it is inhabited by intelligent apes. One of the men is shot and killed and the others are taken to the apes’ city. After being put through ape trial one escapes with a female human native to the planet. After helping his ape friends escape a religious heresy trial he flees into the wilderness with the female.

The Twist: It is the future Planet Earth after an atomic war 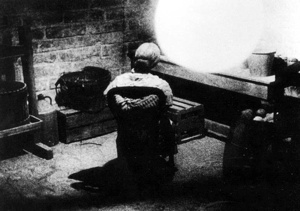 Story: Phoenix officeworker Marion Crane is fed up with the way life has treated her. She has to meet her lover Sam in lunch breaks and they cannot get married because Sam has to give most of his money away in alimony. One Friday Marion is trusted to bank $40,000 by her employer. Seeing the opportunity to take the money and start a new life, Marion leaves town and heads towards Sam’s California store. Tired after the long drive and caught in a storm, she gets off the main highway and pulls into The Bates Motel. The motel is managed by a quiet young man called Norman who seems to be dominated by his mother.

The Twist: The mother is Norman in drag 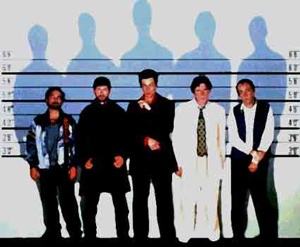 Story: Police investigating an exploded boat on a San Pedro pier discover 27 bodies and $91 million worth of drug money. The only survivors are a severely burned and very scared Hungarian terrorist and Verbal Kint, a crippled con-man. Reluctantly, Kint is pressured into explaining exactly what happened on the boat. His story begins six weeks earlier with five criminals being dragged in by New York police desperate for suspects on a hijacked truck and ends with the possible identification of a shadowy criminal mastermind, Keyser Soze.

The Twist: Kint is Soze and the whole story he tells the police is made up

10 Sports Films You’ll Enjoy Even if You Hate Sports