Sometimes the best planned crimes can go horribly wrong. Either by accident or stupidity. This is a list of the 10 most stupid thieves. 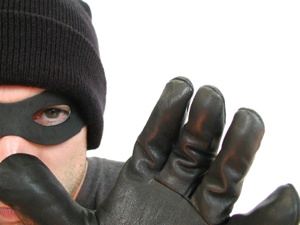 1. Showing off your booty

Charles Taylor of Wichita, Kansas, was arrested for robbing a shoe store at knifepoint and stealing a $69 pair of size 10 1/2 tan hiking boots on December 18, 1996. At his trial, three months later, Taylor arrogantly rested his feet on the defence table. He was wearing a pair of size 10 1/2 tan hiking boots. The judge, James Fleetwood, was incredulous. ‘I leaned over and stared,’ he later said. ‘Surely nobody would be so stupid as to wear the boots he stole to his trial.’ But it turned out one person was that stupid. Taylor was convicted of aggravated robbery and sent back to jail in his stockinged feet.

Get a grip on that slick pavement with a pair of Hi-Tec Men’s Flagstaff Waterproof Hiking Boots at Amazon.com!

Eighteen year old Charles A. Meriweather broke into a home in Northwest Baltimore on the night of November 22-23, 1978, raped the woman who lived there, and then ransacked the house. When he discovered that she only had $11.50 in cash, he asked her “How do you pay your bills?”
She Replied, “By cheque” and he ordered her to write out a cheque for $30. He then changed his mind and upped it to $50.
“Who shall I make it out to?” asked the woman, a 34 year old government employee.
“Charles A. Meriweather,” said Charles A. Meriweather, adding, “It better not bounce or I’ll be back.”
Meriweather was arrested several hours later. 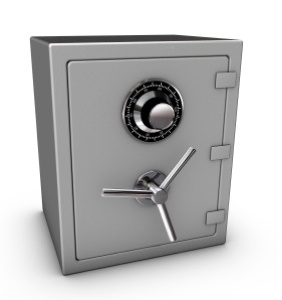 In 1977, a thief in Southampton, England, came up with a clever method of robbing the cash register at a local supermarket. After collecting a basketful of groceries, he approached the checkout area and placed a £10 note on the counter. The grocery clerk took the bill and opened the cash register, at which point the thief snatched the contents and ran off. It turned out to be a bad deal for the thief, since the till contained only £4.37 and the thief ended up losing £5.63.

On the night of August 23-24, 1980, a well-organized gang of thieves began their raid on the safe of the leisure-center office in Chichester, Sussex, by stealing a speedboat. Using water skis to paddle across the lake, they picked up their equipment and paddled on to the office. However, what they thought were cutting tools turned out to be welding gear, and they soon managed to seal the safe completely shut. The next morning it took the office staff an hour to hammer and chisel the safe open again.

If you think these thieves are funny, learn about the best in True Crime: True Stories Of The World’s Infamous Murderers, Thieves, and Con Artists at Amazon.com!

6. Who Was that Masked Man?

Clive Bunyan ran into a store in Cayton, near Scarborough, England, and forced the shop assistant to give him £157 from the till. Then he made his getaway on his motorbike. To hide his identity, Bunyan had worn his full face helmet as a mask. It was a smooth successful heist, except for one detail: he had forgotten that across his helmet, in inch-high letters, were the words, “Clive Bunyan – Driver”. Bunyan was arrested and ordered to pay for his crime by doing 200 hours of community service.

Twenty-five year old Marhshall George Cummings, Jr, of Tulsa, Oklahoma, was charged with attempted robbery in connection with a pure-snatching at a shopping center on October 14, 1976. During the trial the following January, Cummings chose to act as his own attorney. While cross-examining the victim, Cummings asked, “Did you get a good look at my face when I took your purse?” Cummings later decided to turn over his defence to a public defender, but it was too late. He was convicted and sentenced to 10 years in prison. 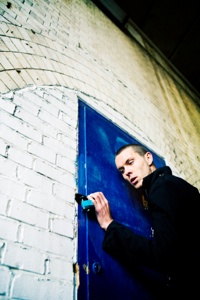 Dennis Newton was on trial in 1985 for armed robbery in Oklahoma City. Assistant District Attorney Larry Jones asked one of the witnesses, the supervisor of the store that had been robbed, to identify the robber. When she pointed to the defendant, Newton jumped to his feet, accused the witness of lying, and said, “I should have blown your —ing head off!” After a moment of stunned silence, he added, “If I’d been the one that was there.” The jury sentenced Newton to 30 years in prison.

Stephen Le and two juvenile companions tried to break in to a parked pickup truck in Larkspur, California, on the night of September 27, 1989. But the owner caught them in the act, chased them, and hailed a police car. Le and one of his friends climbed a fence and ran. It soon became apparent that they had chosen the wrong fence – this one surrounded the property of San Quentin prison. The suspects were booked for investigation of auto burglary and trespassing on state property, although charges were never filed. “Nothing like this has ever happened here before,” said Lieutenant Cal White. “People just don’t break in to prison every day.”

10. Shooting Himself in the Foot

In February 2004, Carlos Henrique Auad of Petropolis, Brazil, broke into a bar near his home and stole a television set. A few nights later, Auad tried to break in to the same bar through the roof. This time, carrying a gun, he slipped and fell and shot himself in the right foot. Auad went straight home, but failed to notice that he left a trail of blood that led right to his door. He was arrested by police who found the television set.