Rock and Roll’s banner decade has been and remains the sixties; a period of time when so many of its icons issued their first albums. These were artists like Bob Dylan, the Beatles, the Who, the Rolling Stones, Pink Floyd, and Led Zeppelin amongst others. However, it was the seventies that benefited the most, for not only did many of these groups hold over into the seventies, but a second wave of artists arrived who were reinterpreting what they heard a decade before. Here, I have compiled what I believe are the best albums of the seventies. Such a list is dangerous, because it implies that these albums were of different importance. Let’s get one thing straight, they are all great albums, and this is just a personal preference for me. With that said, here are the albums. 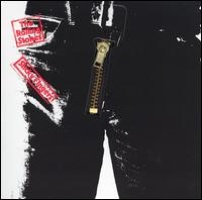 The Rolling Stones came into their own in 1968 with Beggar’s Banquet, with that albums back alley blues. They refined this on Let It Bleed, while adding gospel to their repertoire. But it wasn’t until Sticky Fingers that they really figured out how to make an album. Sticky Fingers finds the band finally comfortable with their new lead guitarist, Mick Taylor, and with Mick and Keith at their misogynistic best. It only takes a few seconds of “Brown Sugar” to tell you that the Stones were ready for the seventies.

Look awesome and feel foxy in Lace tops at Amazon.com! 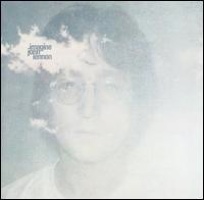 John Lennon has made better albums as a solo artist, but few songs can match the honest, utopian ideas of the title track. And it only gets better from there, as the album is filled with both popular Lennon songs and underappreciated ones. One can still find all the anger directed at Paul McCartney in “How Do You Sleep?” and to this day, “Jealous Guy” is as heartbreaking as it was back in 1971. 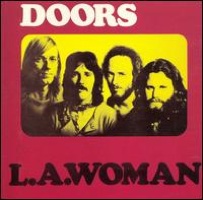 The last record the Doors recorded with Jim Morrison, but sadly, not the last record they recorded, L.A. Woman contains the best batch of songs the band wrote since their debut. The record includes classic cuts like “Love Her Madly,” the title track, and probably the best song the band wrote, “Riders On The Storm.” It’s clear from this album that Jim Morrison had more left in the tank before he died, and that realization only gets sadder as the years go on. 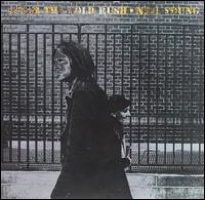 After recording two of his most famous albums (Everyone Knows This Is Nowhere and Déjà Vu), Neil Young released his definitive album, After The Gold Rush. The amount of music inspired by this recording appear endless, and so many of Young’s classic songs are here. Album highlights include “After The Gold Rush,” “Only Love Can Break You Heart,” “Don’t Let It Bring You Down,” and most famous of them all, “Southern Man.,” which as many of you know was the catalyst for some famous Lynyrd Skynyrd lyrics. 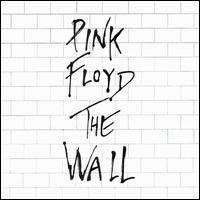 At the end of the seventies, Roger Waters was the dictator of Pink Floyd. How badly David Gilmour, Richard Wright and Nick Mason must have wanted to kick him out is anyone’s guess, but at this point Waters was still writing great music. The Wall was a Waters solo album in all but name, since he wrote just about everything on this album, and many consider this to be a testament to his state of mind at the time. While the album contains a few notable songs, “Another Brick In The Wall (Pt. 2),” “Comfortably Numb,” and “Hey You,” the album is a single linear work that everyone should hear from open to end at least once. 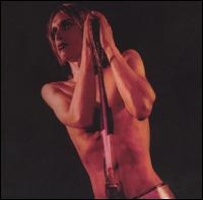 Technically an album by Iggy And The Stooges, Raw Power consists of most of the band that made their self titled debut and follow-up Funhouse. Stooges guitarist Ron Ashton is now on bass, with James Williamson bring brought on for the guitarist position. The result was an unbelievably powerful album that when considering its context is even more out of place than at first glance. Led Zeppelin was turning blues into metal, the Who were turning power chords into their most melodic form, yet no one was making rock like this. The production may have been a bit too much, but the album is so sharp, it just doesn’t matter. 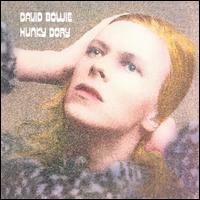 Along with Ziggy Stardust, Hunky Dory is the most famous album David Bowie released. Hunky Dory finds Bowie abandoning the heavy metal leanings of The Man Who Sold The World in favor of the more singer/songwriter, folk style that he would soon, also, leave behind. The album is famous for bringing Bowie farther into the main stream, and giving the public its first big dose of the ‘weird’ Bowie. 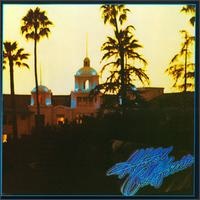 For Hotel California, the Eagles added guitarist Joe Walsh, a guitarist who had worked with them before, but not the extent he would here. The result was to push more of the groups original country-rock sound farther in the background in favor of a more hard rock sound that was associated with Walsh. Out of this came the groups best album, along with some of their best songs. “Hotel California” remains the most famous, but “The New Kid In Town,” “Life In The Fast Lane,” “Wasted Time,” and “Victim Of Love” are also worth mentioning.

If you love The Eagles, you’ll love the Hotel California 1977 Tour T-Shirt at Amazon.com! 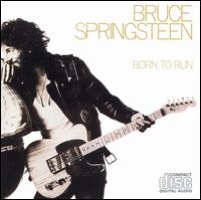 In 1975, Springsteen was at the end of his rope. Perhaps because he was hearing things from executives, or perhaps because he was getting nervous, Springsteen believed that if his third album didn’t sell, he would be out of a job. So Springsteen put all of his energy into making what he believed to be the best album he and the band were capable of. Usually, this is a recipe for disaster as such a process leads to overcooked ideas and less energy in the recording. Yet Springsteen and the E Street Band come up with some emotional performances and some great songs. “Born To Run” is still great no matter how many times you listen to it, but my favorites are “Backstreets,” “Jungleland,” and “Thunder Road.”

6. The Dark Side Of The Moon – Pink Floyd [Wikipedia] 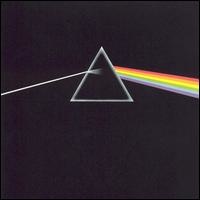 There are few ways to explain how massively popular The Dark Side Of The Moon was, but I’ll try anyway. It spent a record 741 weeks on the Billboard 200, 741! The album, like so many of Pink Floyd’s best works, is not as well known for its songs as for itself as a whole. But, unlike most Floyd albums, there are real songs here. “Money” is the song most familiar with casual fans, but there are also songs “Brain Damage” and “Time,” the latter of which might be the band’s best. 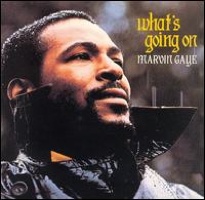 Artists signed to Motown were not supposed to have ideas, or any artistic direction whatsoever. However, the label’s most talented singer, Marvin Gaye, had other ideas. In response to the war, which he was not a supporter of, Gaye wrote some of the greatest songs of his career. However, his label was not having it, and fought him for years. Rumor has it that Label CEO Berry Gordy even went as far as to say that the title track was the worst song he’d ever heard. Recently featured prominently on Rolling Stone’s top 500 album list at number 6, clearly, Gaye was right. 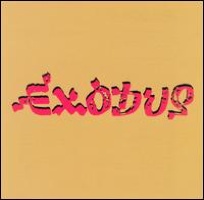 While casual fans may only own Bob Marley’s Legend, Exodus is widely considered his definitive statement. In fact, Time magazine named Exodus the greatest album of the 20th century. Besides the great title track, Exodus contains Marley’s most memorable songs, like “Jamming,” “Three Little Birds,” and “One Love.” 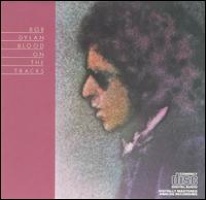 By 1975, Bob Dylan seemed like he was slowing to a halt creatively. This was all before Blood On The Tracks, which is Dylan’s statement to the world about the status of his marriage. Dylan, who had been personal before, had never revealed this much at once. Songs like “Idiot Wind,” “Tangled Up In Blue,” “Simple Twist Of Fate,” and “Shelter From The Storm” rank among the best tracks Dylan has ever released. 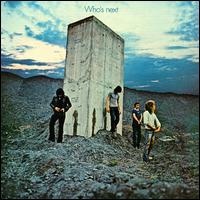 It took Pete Townshend two years and a mental breakdown to figure out how to follow up The Who’s commercial and artistic breakthrough Tommy. After the band gave up on his Lifehouse project, some of the songs were salvaged for what became the Who’s true magnum opus, Who’s Next. Like few other albums, there is not a bad song in the set, and there are breakthroughs all around. Some of rock’s most powerful statements reside here, such as the bad guy’s perspective anthem “Behind Blue Eyes” and the anti-leadership anthem, “Won’t Get Fooled Again,” not to mention the popular “Baba O’Riley.” This album is single handedly responsible for popularizing the synthesizer as a lead instrument in rock music (for better or worse). 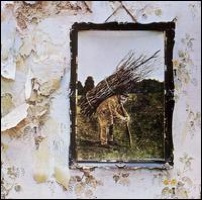 Some albums become so big that it becomes ‘uncool’ to champion them. Well, for years that was the case with Led Zeppelin’s officially untitled fourth album. The amount of albums that are in the same league musically as IV can be counted on less than one hand; few albums bring as many genres together so successfully and have the songs to match. There are no bad songs on IV, and yet, there are clear highlights; a feat indeed. “Black Dog” kicks off the album with a bang, owing it’s vocal, instrument, vocal structure to Peter Green era Fleetwood Mac’s “Oh Well” and Muddy Water’s influential Electric Mud LP. Following is radio standby “Rock And Roll” which is so natural it seems like it has existed forever. While the most famous track is “Stairway To Heaven,” and it is well deserving of its acclaim, the real success of the album is the seismic rhythms of “When The Levee Breaks,” which has been sampled so much you wonder which track really was getting more airtime. Despite the fact Led Zeppelin IV is arguably the greatest album of all time, it never reached the number one spot in the U.S. charts (although it did in the U.K.).