Bill and Hillary Clinton are generally quoted in the media with well-formed comments. At times, though, they completely abandon those in exchange for gems like these… (NOTE: as we are politically unbiased, we also have a top 10 unfortunate comments of George Bush). 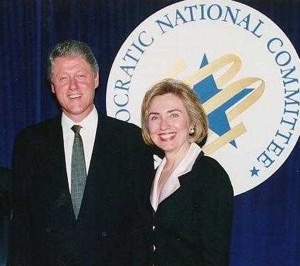 1. US Chamber of Commerce

We have a lot of kids who don’t know what works means. They think work is a four-letter word.

Show your radical support with THE MOUNTAIN CLINTON SHIRT at Amazon.com!

I’m not going to have some reporters pawing through our papers. We are the president.

First Lady Hillary Clinton commented to Representative Dennis Hastert, R-Ill, regarding her national health care plan and the issue of who should oversee the distribution of funds, 1993 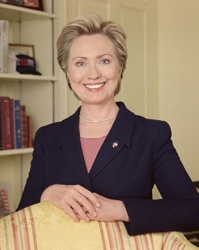 I have said that I’m not running and I’m having a great time being pres — being a first-term senator.

It depends on what the meaning of the words ‘is’ is.

Get to know the man from his perspective with My Life at Amazon.com!

I did not have sexual relations with that woman, Miss Lewinsky.

President Bill Clinton, denying the relationship that he later revealed to have occurred, January 26, 1998 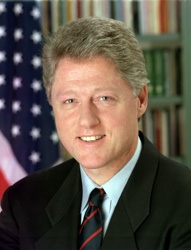 You know the one thing that’s wrong with this country? Everyone gets a chance to have their fair say.

We can’t be so fixated on our desire to preserve the rights of ordinary Americans.

African-Americans watch the same news at night that ordinary Americans do.