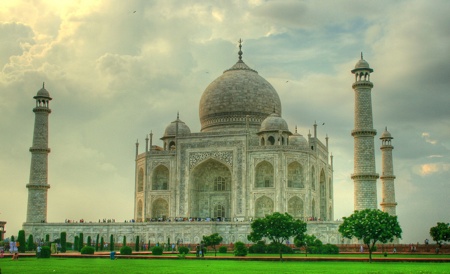 The Tah Mahal is a mausoleum complex in Agra, northern India, on the southern bank of the Yamuna (Jumna) River. In its harmonious proportions and its fluid incorporation of decorative elements, the Taj Mahal is distinguished as the finest example of Mughal architecture, a blending of Indian, Persian, and Islamic styles.

See this fantastic structure every day with this Taj Mahal Travel Poster at Amazon.com! 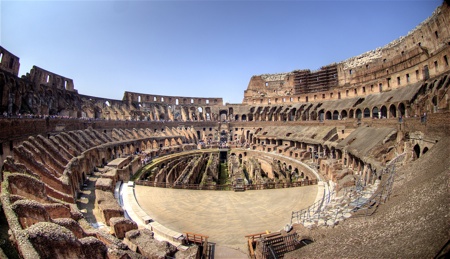 Photograph By: Will Hybrid [more…]

Construction of the Colosseum was begun sometime between AD 70 and 72 during the reign of Vespasian; the structure was officially dedicated in AD 80 by Titus in a ceremony that included 100 days of games. The Colosseum is a freestanding structure of stone and concrete, measuring 620 by 513 feet (190 by 155 metres) overall and seating some 50,000 spectators. It was the scene of thousands of hand-to-hand combats between gladiators, of contests between men and animals. 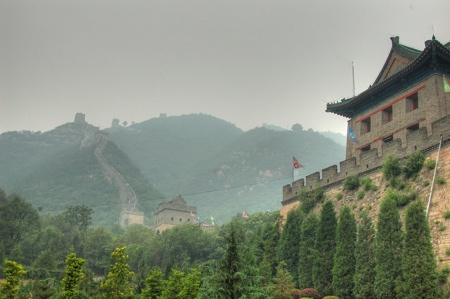 The Great Wall is a series of sandstone and earthen fortifications in China, built, rebuilt, and maintained between the 5th century BC and the 16th century to protect the northern borders of the Chinese Empire during the rule of successive dynasties. Several walls, referred to as the Great Wall of China, were built since the 5th century BC, the most famous being the one built between 220 BC and 200 BC by the first Emperor of China, Qin Shi Huang.

Rebuild magnificent wonders just like these in your own home with Build 3-D Wonders of the World at Amazon.com! 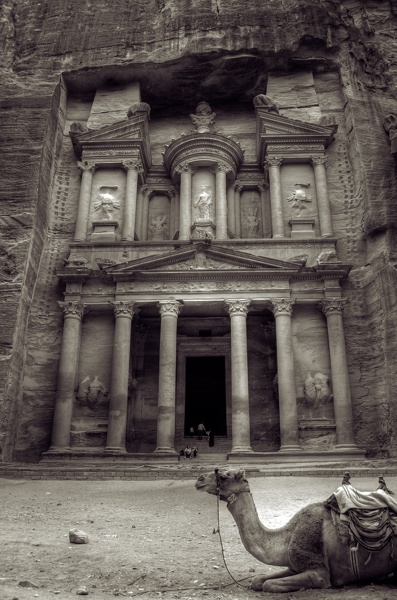 Petra is an ancient city, centre of an Arab kingdom in Hellenistic and Roman times; its ruins are in southwest Jordan. The city was built on a terrace, pierced from east to west by the Wadi Musa (the Valley of Moses)—one of the places where, according to tradition, the Israelite leader Moses struck a rock and water gushed forth. The valley is enclosed by sandstone cliffs veined with shades of red and purple varying to pale yellow, and for this reason Petra was called by the 19th-century English biblical scholar John William Burgon a “rose-red city half as old as Time.” 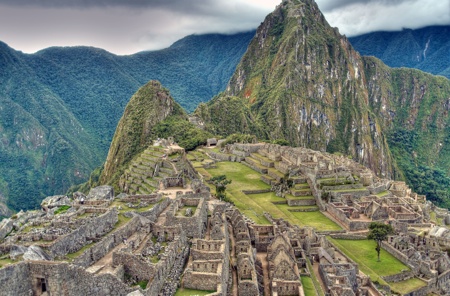 Machu Pichu is a pre-Columbian Inca city located at 2,430 m (7,970 ft) altitude on a mountain ridge above the Urubamba Valley in Peru, about 70 km (44 mi) northwest of Cusco. Machu Picchu is probably the most familiar symbol of the Inca Empire. It is often referred to as “The Lost City of the Incas”. The site was designated as a World Heritage Site in 1983 when it was described as “an absolute masterpiece of architecture and a unique testimony to the Inca civilization” 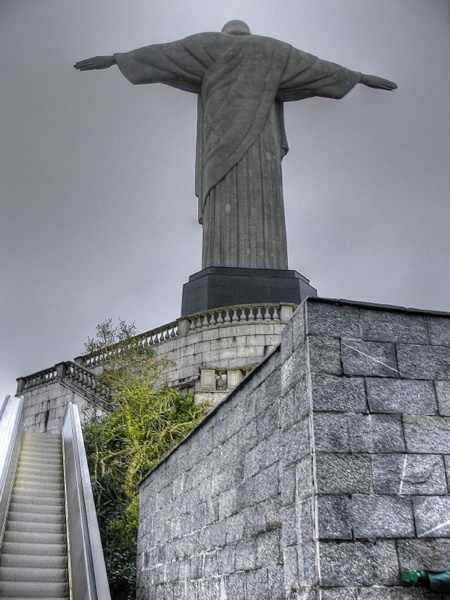 Christ the Redeemer is a statue of Jesus Christ in Rio de Janeiro, Brazil. The statue stands 39.6 metres (130 feet) tall, weighs 700 tons and is located at the peak of the 700-m (2296-foot) Corcovado mountain in the Tijuca Forest National Park overlooking the city. 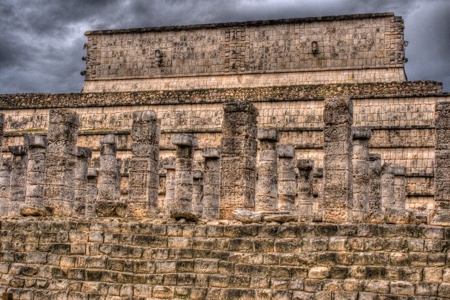 Chichen Itza is a ruined ancient Maya city occupying an area of 4 square miles (10 square km) in south-central Yucatán state, Mexico. It is located some 90 miles (150 km) east-northeast of Uxmal and 75 miles (120 km) east-southeast of the modern city of Mérida. The only source of water in the arid region around the site is from wells (cenotes) formed by sinkholes in limestone formations.