In this list I have tried to be as honest as one can be with the text. Instead of manipulating it to make it suit, I am using what I consider to be a very accurate translation. The end result, I think, is that we can see that most of these predictions are so broad that they really can be made to mean anything we want. Nevertheless, many people consider these to be authentic predictions of real events. Decide for yourselves. 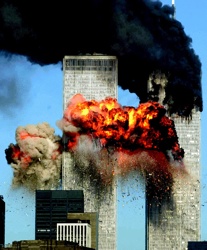 Volcanic fire from the center of the earth
will cause trembling around the new city:
Two great rocks will make war for a long time.
Then Arethusa will redden a new river.

This quatrain has been so distorted that some examples barely resemble the real text. Some go so far as to mention New York city by name, and others describe flying metal machines. As you can see – neither of these things are actually mentioned in the true text. Many people say that the two great rocks are a reference to the planes used in the attack. Arethusa is a mythological Nymph who turned in to a fountain. Nostradamus knew this as can be seen clearly in the last sentence. A casual search on the internet will lead you to some of the most bizarre translations of this quatrain. For example, one site says this for line 2: “Will create trembling in the towers of the City of New York.”; and this for line 4: “This is when air-vessels spin-round to a new course.”

Thankful to have survived a doomsday prediction? Show it proudly with this “I SURVIVED DECEMBER 21, 2012” Black T-Shirt at Amazon.com! 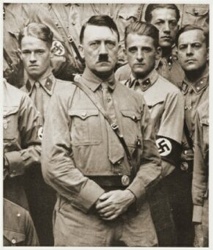 In the place very near not far from Venus,
The two greatest ones of Asia and of Africa,
From the Rhine and Hister they will be said to have come,
Cries, tears at Malta and the Ligurian side.

This is one of the more popular quatrains; it is said to describe Hitler (Hister) at a meeting with Mussolini in which they made plans for Italy for formally enter the Second World War. The problem here is that Hister is a term used in the time of Nostradamus to describe the Danube river. It does seem to describe a war that has some relation to Germany, but there is no way of connecting this to Hitler or the Second World War. 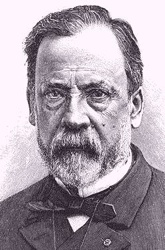 Lost, found, hidden for so long a time,
the pastor will be honored as a demigod:
Before the Moon finishes its full period
he will be dishonored by other winds.

This is often cited as a prediction for the coming of Louis Pasteur and his work with microbes. The confusion is partly exacerbated by the fact that the French word for Pastor was Pasteur, but as Nostradamus never quoted anyone by name from the future, it is unlikely that he did so here – and the reference to a demigod in the same sentence suggests the religious interpretation of a religious Pastor. It is possible that Nostradamus may have been accurate with the date, however: Roussat, a Jewish Astrologer who work was known to Nostradamus put the end of the Moon cycle at 1887 – by which time Pasteur was applying his immunization technology. 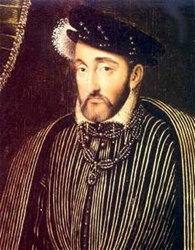 The young lion will overcome the old one
on the field of battle in single combat:
He will put out his eyes in a cage of gold:
Two fleets one, then to die a cruel death.

Four years after Nostradamus wrote this prophecy, King Henry II of France was killed by a lance in the eye at a match with the younger Captain Montgomery. However, the match was not a battle, it was held at a party to celebrate a peace-treaty (quite the opposite of a field of battle). Many people say that this quatrain made Nostradamus famous in his own time, but it was not until 48 years after his death that this was first printed. 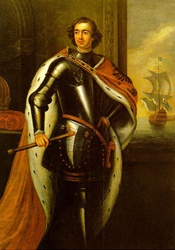 Very much before such intrigues
those of the East by virtue of the Moon:
the year 1700 they will cause great ones to be carried off,
almost subjugating the Aquilon corner.

This is supposed to predict the Turkish taking of the majority of the Balkan Peninsular which was finally repelled by Peter the Great of Russia. They say that the Moon is a reference to the crescent moon – the symbol of Islam. Aquilon was a term known in the time of Nostradamus to mean the North wind. The biggest problem here? The Balkans are in the Southeast of Europe.

He made some miscalculations, but that doesn’t mean everything was wrong. Find out what Nostradamus got right with The Complete Prophecies of Nostradamus at Amazon.com! 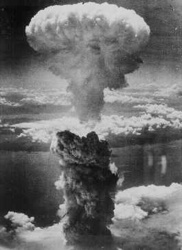 Near the gates and within the cities
there will be two scourges the like of which was never seen,
famine within plague, people put out by steel,
crying to the great immortal God for relief.

First, the original French uses the word “Portes” which means Gates or Doorways – this is usually misinterpreted to mean Ports – as in sea ports. This is clearly a description of plague and famine causing much death – not nuclear attack. In order to make this fit, people often translate it abominably. One example is line three which can be found to be rendered thus: “Intense in torment, an incredible proportion of human lives ended”. The only possible connection could be “steel” – but in the time of Nostradamus this would most likely have meant weaponry of some sort. 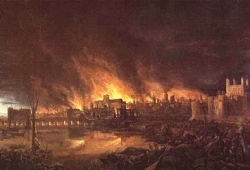 The blood of the just will commit a fault at London,
burnt through lighting of twenty threes the six:
The ancient lady will fall from her high place,
several of the same sect will be killed.

The great fire of London was in 1666, so twenty threes the six could be taken to mean 20 X 3 + 6, however, regardless of the accuracy of the date, the fire was started accidentally in a bakery – so no one committed a fault. In addition, while it is true that many Dutch people were blamed and killed, it would seem that the Ancient Lady is a reference to London herself, in which case the sect would be either Londoners (which did not happen) or members of the sect that caused the fire (and none did). It seems very obscure to base a prediction on one interpreation of the numbers in the second line – the rest must be simply distorted to make a connection. 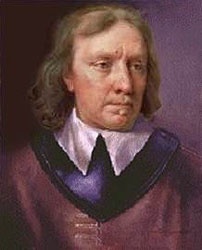 More of a butcher than a king in England,
born of obscure rank will gain empire through force.
Coward without faith, without law he will bleed the land;
His time approaches so close that I sigh.

People say that this quote refers to the reign of Oliver Cromwell in England during the 17th century. This one is fraught with problems. Most important of all, Cromwell was born to the minor gentry – he was hardly a “butcher” (most likely a euphemism for a commoner). Also, while I agree that Cromwell was a coward and an evil man, he did have a faith – he was a protestant.

9. The Children of Henry II of France #4-60 Original French 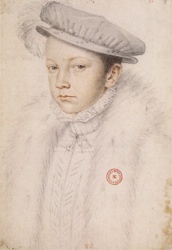 The seven children left in hostage,
The third will come to slaughter his child:
Because of his son two will be pierced by the point,
Genoa, Florence, he will come to confuse them.

This quatrain is often used in reference to the children of King Henry II of France. But if you do just a little research you will find two enormous problems here: 1) Henry had 13 children, 2) only one of his children died in an unnatural way (he was stabbed in the stomach). 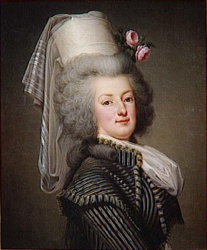 The single part afflicted will be mitred,
Return conflict to pass over the tile:
For five hundred one to betray will be titled
Narbonne and Salces we have oil for knives.

This is another case of bad translation from French leading to people wrongly believing that this quatrain refers to Queen Marie Antoinette of France and the revolution. The original reads: “Le part soluz mary fera mittre” and people wrongly translate mary to mean Marie. In addition, they translate thuille to mean the Tuillerie garden which Marie passed on her departure from the royal Palace, but in fact, the word means Tile. Narbonnes is a town in the South West of France that has no relation to the French revolution.