In an era where people are living to increasingly old ages, it is always a shock to see someone with promise pass away, while still in their youth. Though not all of the people on the list have achieved anything other than notoriety, the question of what some of these people could have accomplished, had they lived their remaining years, is a lingering one. As usual, if you think of someone who deserves to be on this list, mention it in the comments for all to see. 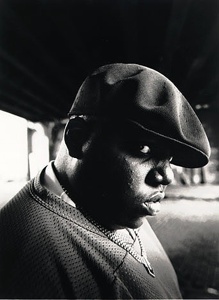 Christopher George Latore Wallace was an American rapper from Brooklyn, New York, better known by his stage name of The Notorious B.I.G. When he debuted with his 1994 album Ready to Die, he was already a central figure in the East Coast hip-hop scene, and helped increase its presence at a time when it was the West Coast who dominated the genre.

He became involved in the East Coast – West Coast feud, which was causing waves within the hip-hop community, and on 9th March, 1997, he was shot and killed in a drive-by shooting in LA. He was 24. His album, Life after Death, was released 15 days later and topped the American charts, being certified Diamond in 2000.

Watch the whole story with the 2009 film Notorious at Amazon.com! 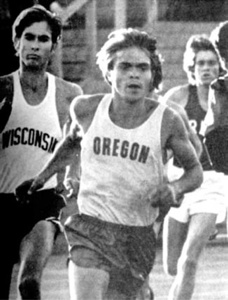 Born in Coos Bay, Oregon, on 25th January, 1951, Steve Prefontaine was once told to give up his aspirations of being a long distance runner, as he had one leg shorter than the other.

Known for his aggressive racing style, Prefontaine once held the American record in every event, from 2,000m to 10,000m. He took part in the 1972 Olympic Games, coming fourth in the 5,000m despite having led for the majority of the race.

On May 30, 1975, returning from a party and dropping off friend and Marathon Olympic Gold Medallist, Frank Shorter, Prefontaine was driving down a familiar road, Skyline Boulevard, near Hendricks Park, when his car swerved left and hit a rock wall along the side of the street. The overturned car trapped Prefontaine underneath it and killed him before any emergency services could get to the scene. The exact cause of the crash is uncertain, although his blood-alcohol level was found to be 0.16, six-hundredths higher than Oregon’s legal limit at that time. He was 24. 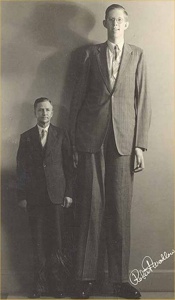 Robert Wadlow is, according to Guinness World Records, the tallest person in history for whom there is irrefutable evidence. At the time of his death, aged 22, he measured an astonishing 2.72 metres (8 feet 11.09 inches). He showed no indication of an end to his growth, even at the time of his death.

Born 22nd February, 1918, in Alton, Illinois, Wadlow’s enormous stature was believed to be due to a tumour within his pituitary gland. He grew an average of 4 inches a year, becoming the world’s tallest boy scout at 13, with a height of 2.24m (7f 4in).

Towards the end of his life, he began requiring leg braces to walk, which caused him immense discomfort. On July 4th, 1940, one of his braces fractured, causing a blister and subsequent infection. Doctors treated him with a blood transfusion and surgery but his condition worsened, and he died from complications on July 15th, 1940. 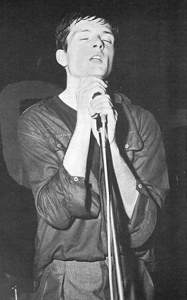 Born in Manchester, England, on the 15th July, 1956, Curtis knew he wasn’t cut out for a conventional life at a young age. When he was 19, he hooked up with two young musicians, Bernard Sumner and Pete Hook, signed a deal with newly created Factory Records, and formed the band Joy Division.

His music was known for its dark, despairing lyrics, rough, aggressive guitar and bass, and later on, its synth work. Curtis sang in an almost baritone voice, and was known for his frenetic dance style on stage, mirrored on his own epileptic fits (sometimes they were epileptic fits).

While celebrating their upcoming American tour at a nightclub, Curtis excused himself from the group and made his way home, where he hung himself in the early hours of the morning. He was 23.

Though they had limited success during their career, Joy Division have gone on to influence many artists, pioneer the emerging Goth genre, and become one of the most respected bands of all time. After Curtis’ death, the remaining members formed a new group, New Order, who went on to great success and acclaim. 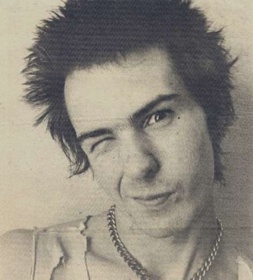 Replacing Glen Matlock as bassist for the Sex Pistols, Sid Vicious (born John Simon Ritchie) contributed little to the musical side of the band, but almost everything to the attitude of the band. During one performance, Vicious smashed a bottle and used it to cut his chest, before flinging the blood at audience members.

On the morning of October 12th, 1978, he awoke to find his girlfriend, Nancy Spungen, dead from a stab wound. Vicious and Spungen had been taking copious amounts of drugs the night before, and Vicious said he couldn’t remember any of what had happened. He was arrested for her murder and released on bail. While on release, he overdosed on heroin at his new girlfriend’s house, and died on February 2nd, 1979, aged 21; whether this was deliberate or accidental is disputed to this day. 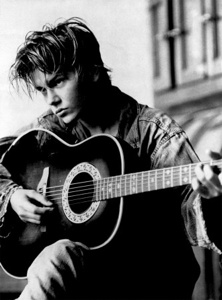 Brother of Joaquin, River Phoenix was voted one of the “most promising new actors of 1986” by critic John Willis, after his breakthrough performance in Stand By Me. He went on to star in such films as Running on Empty, Indiana Jones and the Last Crusade and My Own Private Idaho – being nominated for an Academy Award for the former. Known for his wild looks and raw acting talent, Phoenix died of a drug overdose outside Hollywood nightclub The Viper Room, October 31st, 1993, aged 23. 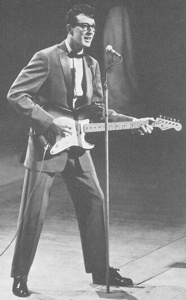 Charles Hardin Holley was born in Lubbock, Texas, on September 7th, 1936. Initially starting as a bluegrass musician, Holley switched to rock after seeing Elvis Presley perform live, and a few months later would be performing on the same bill as him.

He signed to Decca Records in 1956, changed his name to Buddy Holly, and formed a band called The Crickets. They performed all over the US, and crossed racial boundaries, famously winning over an all black audience at the New York Apollo Theater. On August 15th, 1958, he married his wife, Maria Santiago, after proposing to her on their very first date.

Famous for the songs ‘That’ll be the day’ and ‘Peggy Sue,’ Buddy Holly died in a plane crash on the way to Fargo, North Dakota. He was 22. 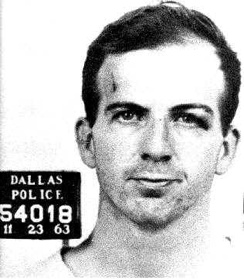 Lee Harvey Oswald was, according to two United States government investigations, the assassin of U.S. President John F. Kennedy, on November 22, 1963, in Dallas, Texas. A former Marine who defected to the Soviet Union and later returned, Oswald was arrested later that day on suspicion of killing the president and Dallas police officer J. D. Tippit. Oswald denied any responsibility for the murders. Two days later, before he could be brought to trial for the crimes, while being transferred under police custody from the police station to jail, Oswald was shot and killed by Jack Ruby, on live television. His motives, and the significance of his role in JFK’s assassination, are hotly contested to this day. He was 24 at the time of his death. 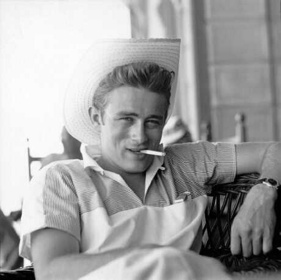 It’s incredible to think that James Dean only made three films in his lifetime. Dying in a tragic motoring accident at the age of 24, Dean was posthumously nominated for two Academy Awards for East of Eden and Giant. His other film, Rebel without a Cause was, arguably, his most enduring, with his iconic lead role, Jim Stark, becoming a poster boy for teen angst.

Born in Marion, Indiana, on February 8th, 1931, Dean attended Santa Monica College, but dropped out in 1951 to pursue a career in acting. He is buried in Park Cemetery in Fairmount, Indiana. 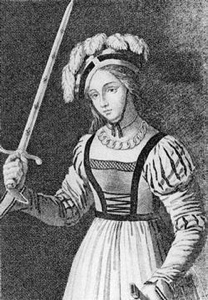 Joan of Arc was a 15th century national heroine of France. She was tried and executed for heresy when she was only 19 years old. The judgment was broken by the Pope and she was declared innocent and a martyr 24 years later. She was beatified in 1909, and canonized as a saint in 1920.

Joan asserted that she had visions from God which told her to recover her homeland from English domination, late in the Hundred Years’ War. The uncrowned King Charles VII sent her to the siege at Orléans as part of a relief mission. She gained prominence when she overcame the dismissive attitude of veteran commanders, and lifted the siege in only nine days. Several more swift victories led to Charles VII’s coronation at Reims, and settled the disputed succession to the throne.

The renewed French confidence outlasted her own brief career. She refused to leave the field when she was wounded during an attempt to recapture Paris that autumn. Hampered by court intrigues, she led only minor companies from then onward and fell prisoner at a skirmish near Compiègne the following spring. A politically motivated trial convicted her of heresy. The English regent, John of Lancaster, 1st Duke of Bedford, had her burnt at the stake in Rouen. She had been the heroine of her country at the age of 17 and died when only 19 years old. Some 24 years later, Pope Callixtus III reopened the case, and a new finding overturned the original conviction. Her piety to the end impressed the retrial court. Pope Benedict XV canonized her on May 16, 1920.