A centenarian is a person who has attained the age of 100 years or more. The term is associated with longevity because average life expectancies across the world are far from 100. In the United States, centenarians traditionally receive a letter from the president upon reaching their 100th birthday, congratulating them for their longevity. In the United Kingdom and the Commonwealth Realms, the Queen sends greetings (formerly as a telegram) on the 100th birthday and on every birthday starting with the 105th. This is a list of ten great people who lived to 100 or more. 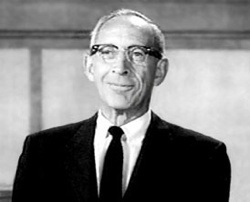 Charles Lane was born on January 26th 1905, and began acting professionally in 1929, becoming a founding member of the Screen Actor’s Guild in 1933. When he passed away in 2007, he was the oldest living American actor.

During his career he starred in hundreds of television shows, including Petticoat Junction, I Love Lucy and Little House on the Prairie. He starred in over 250 feature films, including Mr Smith Goes to Washington, It’s a Mad Mad Mad Mad World, and most memorably, as the rent collector in It’s a Wonderful Life.

Indefatigable to then end, Lane’s final acting role was in 2006’s The Night Before Christmas aged 101.

People aren’t the only life on this planet. Read The Oldest Living Things in the World at Amazon.com! 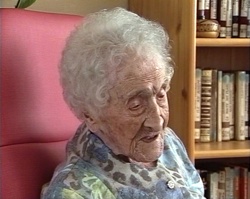 Jeanne Calment is, according to Guinness World Records, the oldest person to have ever lived for whom there is irrefutable evidence.

As well as living through two world wars, Calment also met Vincent Van Gogh while he was staying in Arles, and attended Victor Hugo’s funeral in 1885. At the age of 114, she appeared in the film Vincent and Me, making her the world’s oldest actress, and in 1996, the nursing home she resided in released a CD of her reminiscing about her life.

Calment lived on her own until she was 101. She took up fencing at age 85, and was still riding a bicycle by the time she reached 100. She survived a hip operation at age 114 to become the oldest verifiable surgery patient, and remained an ardent smoker until she decided to quit at age 117. 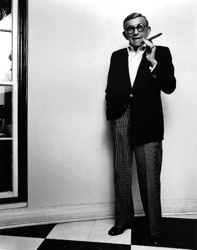 George Burns was an Academy Award winning comedian and actor. His career spanned vaudeville, film, radio, and television, with and without his equally legendary wife, Gracie Allen. His arched eyebrow and cigar smoke punctuation became familiar trademarks for over three quarters of a century.
Enjoying a remarkable career resurrection that began at age 79, and ended shortly before his death at age 100, George Burns was as well known in the last two decades of his life as at any other time during his career.

The likelihood that Burns would live to see his 100th birthday became a running gag in his stage work, but he indeed intended to live that long, even booking himself to play the London Palladium as a 100th birthday celebration. However, his health seriously declined towards his centenary, and although he eventually reached it, he was too ill to perform any engagements and died just 49 days later. 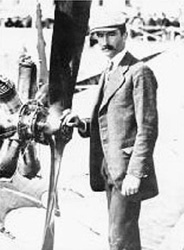 Henri Fabre was a French aviation pioneer, and inventor of La Canard, the first sea plane in history.

Henri Fabre was born into a prominent family of shipowners in the city of Marseilles. He was educated in the Jesuit College of Marseilles, where he undertook advanced studies in sciences. He then studied intensively aeroplane and propeller designs. He patented a system of flotation devices, which he used when he succeeded in taking off from the surface of the Etang de Berre on March 28th, 1910. On that day, he completed four consecutive perfect flights, the longest about 600 meters.

During the First World War, he established a company with 200 employees, which was specialized in the manufacture of seaplanes. 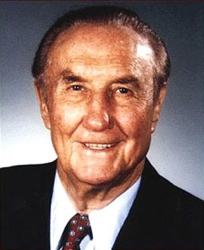 James Strom Thurmond, born December 5th 1902, was an American politician who served as governor of South Carolina and as a United States Senator. He left office, age 100, as the oldest serving US senator in history.

He ran for President in 1948 as a third party candidate for the segregationist States Rights Democratic Party, garnering 39 electoral votes. He represented South Carolina in the senate from 1954 to 1964 as a Democrat, and then from 1964 to 2003 as a Republican. 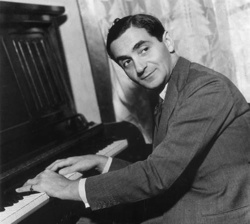 Born in Mogilev, Belarus on May 11th 1888, Berlin’s parents immigrated to the US in 1893, where he was forced to work various street jobs after his father’s death in 1896.
Berlin’s first taste of music composition was when the owner of a café where he was working asked him to produce an original song for them, as a rival café had had their own song pubished. Though he was paid just 37 cents for the result, this started Berlin off on a new career where he would become one of the most successful and prolific musicians and lyricists in history, composing over 3,000 songs including God Bless America, White Christmas, Anything You Can Do, and There’s No Business Like Show Business. He also composed 17 film scores, and 21 Broadway scores. 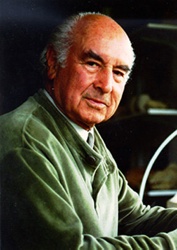 Born in Switzerland on January 11th 1906, Albert Hofmann changed the world irrevocably when, in 1938, he synthesised Lysergic acid diethylamide, which later became known as LSD.

He began experimenting with the drug in 1943, and subsequently wrote about his experiences. He became director of the natural products department at Sandoz and went on studying hallucinogenic substances found in Mexican mushrooms and other plants used by the aboriginal people. This led to the synthesis of psilocybin, the active agent of many “magic mushrooms.”

Hofmann calls LSD “medicine for the soul” and is frustrated by the worldwide prohibition that has pushed it underground. “It was used very successfully for 10 years in psychoanalysis,” he said, adding that the drug was hijacked by the youth movement of the 1960s and then unfairly demonized by the establishment that the movement opposed, though he concedes LSD can be dangerous in the wrong hands.

As of the time of writing, Hofmann is still alive and kicking. 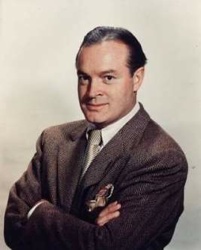 Bob Hope, was an English-born American entertainer who appeared in vaudeville, on Broadway, on radio and television, in movies, and in performing tours for U.S. Military personnel. He was well known for his good natured humor and the longevity of his career.

Born in London, England on May 29th 1903, Hope and his family immigrated to the US in 1920, when Hope was 20. He began by entering dance and talent competitions, winning prizes for his Charlie Chaplin impersonations. Soon he was landing roles in various film and theatre productions, and numerous broadcasting shows.

As well as commerical work, Hope performed over 60 USO shows, across half a century, entertaining troops during World War II, the Korean War, the Vietnam War, and the Gulf War. A 1997 act of Congress signed by President Clinton named Hope an “Honorary Veteran”. He remarked, “I’ve been given many awards in my lifetime — but to be numbered among the men and women I admire most — is the greatest honour I have ever received.” 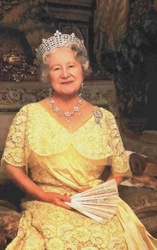 Elizabeth Bowes-Lyon, later Queen Elizabeth, was the Queen Consort of King George VI of the United Kingdom and the British Dominions from 1936 until his death in 1952. After her husband’s death, she was known as Queen Elizabeth, The Queen Mother, to avoid confusion with her daughter, Elizabeth II. Before her husband ascended the throne, from 1923 to 1936 she was known as the Duchess of York. She was the last Queen of Ireland and Empress of India.

Born into a family of Scottish nobility, she came to prominence in 1923 when she married Albert, Duke of York, the second son of George V and Queen Mary. As Duchess of York, she – along with her husband and their two daughters Elizabeth and Margaret – embodied traditional ideas of family and public service. She undertook a variety of public engagements, and became known as the “Smiling Duchess” because of her consistent public expression.

In 1936, her husband unexpectedly became King when her brother-in-law, Edward VIII, abdicated in order to marry his mistress, the American divorcée Wallis Simpson. As Queen Consort, Elizabeth accompanied her husband on diplomatic tours to France and North America in the run-up to World War II. During the war, her seemingly indomitable spirit provided moral support to the British public, and in recognition of her role as a propaganda tool, Adolf Hitler described her as “the most dangerous woman in Europe”. After the war, her husband’s health deteriorated and she was widowed at the age of 51.

With her brother-in-law living abroad and her elder daughter now Queen at the age of 26, when Queen Mary died in 1953 Elizabeth became the senior royal and assumed a position as family matriarch. In her later years, she was a consistently popular member of the Royal Family, when other members were suffering from low levels of public approval.

Only after the illness and death of her own younger daughter, Princess Margaret, did she appear to grow frail. She died six weeks after Margaret, at the age of 101. 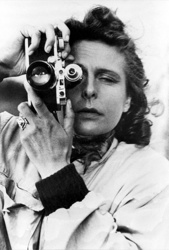 Helene Bertha Amalie Riefenstahl was a German film director, dancer and actress widely noted for her aesthetics and innovations as a filmaker.

Born to a working class family in Berlin, on August 22nd 1902, Riefenstahl began her career as a dancer before moving to acting in silent films. In the early 1930s, Riefenstahl gave up acting to pursue her love of film directing and photgraphy. Her first film, Daus Blaue Licht, released in 1932, was critically acclaimed and became hugely popular throughout Germany.

Riefenstahl became a supporter of Hitler shortly after he came to power, and wrote of his mesmerising abilities as a public speaker. Hitler, himself, was a fan of Riefenstahl’s work and asked her to direct a film about the Nazi Party’s 1933 Nuremberg rally, titled Victory of Faith.

Impressed by her work, Hitler asked her to direct another film about their 1934 Nuremberg rally, called Triumph of the Will. The film used pioneering camera and cinematography techniques to create a rousing and uplifting portrait of the Nazi party. Today the film is regarded as one of the greatest documentaries and propaganda pieces ever made, despite its distasteful subject matter.

In 1936, she was hired by Hitler to film the Berlin Olympic Games. The result, Olympia, is considered one of the greatest sport documentaries ever made, praised for its aesthetic beauty and pioneering use of the tracking shot, and various revolutionary editing techniques.

During the war, she remained in and around Germany, shooting as film production of Tiefland, based on Hitler’s favourite opera of the same name by Eugene d’Albert. However she fell ill, and the film wasn’t completed until 1954.

Despite being detained after the war, Riefenstahl denied any involvement with Nazi war crimes, nor any knowledge of them. After the war, she was unable to secure funding for her films due to her nefarious associations, and was often met with protests wherever she went. Nevertheless, Riefenstahl regained some respect as a photographer in Africa during the 70s, and as an underwater photographer. Her final film, Underwater Impressions, was a film presenting an idealised view of the life in the oceans. It was her first film since Tiefland.

Though she has always been accused of helping further Nazi propaganda, Riefenstahl is admired as one the greatest directors of all time, and along with Soviet film-maker Sergei Eisenstein, one of the pioneers of modern propaganda films.