Most of us think of human corpses as disgusting, creepy things that we would do everything in our power to keep away from. They remind us of our own inevitable mortality as they stare back at us with blank, gazing eyes. But under certain circumstances, people have shown an incredible ability to overcome this fear. Medical examiners and forensic pathologists, for example, are trained professionals who have learned to look beyond their initial squeamishness for a good cause.

While those people are professionals doing a job they’ve been hired and trained to do, others have less understandable, much weirder reasons for hanging around dead bodies—some can’t let go of a person they lost, while others might even actually enjoy being around corpses, as is the case with necrophiliacs. The line of distinction between the two is both one of purpose and legality. Here are ten people who actually lived with corpses for a while, usually under some pretty bizarre circumstances. 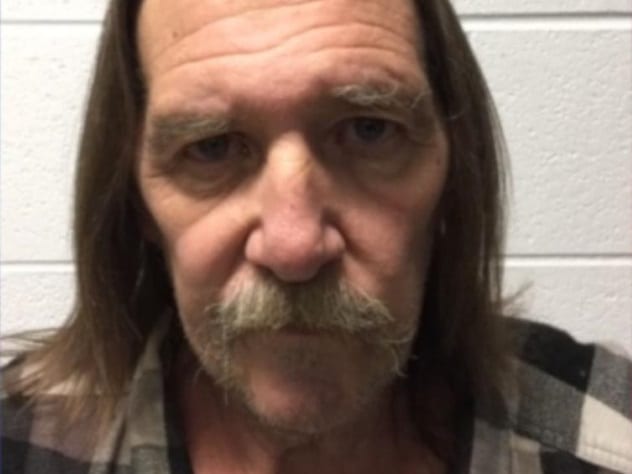 The first corpse cohabitant on our list is a Tennessee man who recently received a knock at his door. Officers had shown up to arrest him for living with a dead body in his home without notifying authorities. (Yes, that’s illegal in Tennessee.) The arrest took place on December 3, 2018, after the police received a call asking to do a welfare check.

Agents with the Tennessee Bureau of Investigation went into the home and found 72-year-old Dorris Ann Braithwaite dead on the floor.[1] The man who lived there, Robert Calvin Mark, age 64, was arrested on the spot and is held on $750,000 bail for the crime of abusing a corpse. Doris, Robert’s girlfriend, had been dead for weeks or months, say authorities, judging by her state of decomposition.

Neighbors say they rarely saw Robert, and he largely kept to himself. They mentioned that they only really saw Robert when he came out to smoke a cigarette. Creepy. 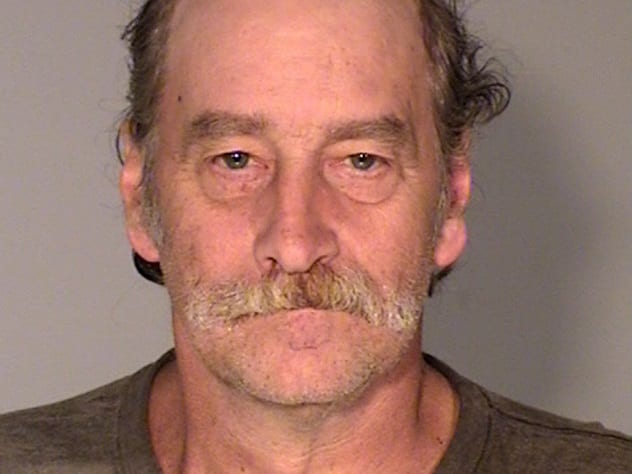 Minnesota man Robert James Kuefler was open and honest about what he’d done, which was live with a corpse. He lived with two of them, actually, for over a year. The corpses in question were the bodies of his mother and his twin brother.[2]

How Kuefler covered this up would have been a mystery if he hadn’t been so forthcoming. He explained to authorities and reporters that he wrote Christmas cards to other family members explaining that both were in poor health and that they couldn’t speak on the phone, and somehow, the family bought it. The man mentioned that his mother died in August 2015 and that his brother died a few months before that, and he just couldn’t let go. Traumatized, he kept both bodies until he was found out in September 2016.

Police say that the brother’s body was mummified and that the mother’s body was basically a skeleton by the time they got there, as revealed by court documents. It took several weeks to identify the bodies, but the medical examiner said that, while they couldn’t find an exact cause of death, the deceased did, in fact, die from natural causes, and murder was ruled out. 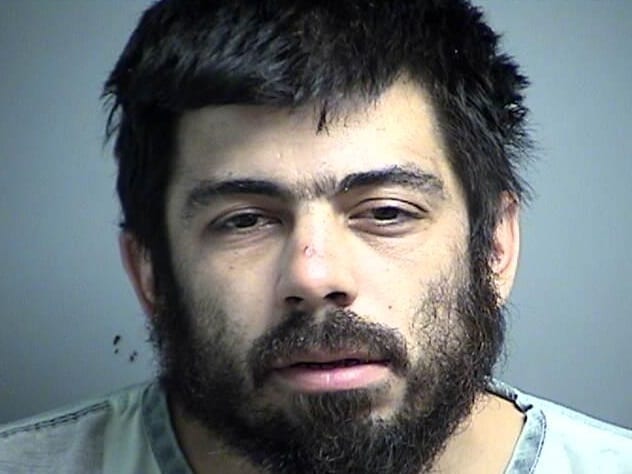 In 2017, when the authorities were finally able to open the door of the residence of a New Jersey man named Matthew Schmarr, they had no idea of the shocking scene they were about to uncover. There, they found two beds across from one another, one with Mattehew Schmarr, 35, and another with the dead body of a 52-year-old woman. She had been dead for three days.[3]

The story turns out to be rather tragic. On March 18, Schmarr was babysitting for a friend when he decided to drive to another town to buy various drugs, including crack and heroin, leaving the child in the home in the care of the 52-year-old. The woman was alive when he returned, but by the time the child’s mother picked the youngster up, Schmarr had discovered that the woman was dead.

Afterward, he tried to manipulate the scene, arranging it to make it look like a suicide, and sold the woman’s laptop to get rid of evidence (and probably make a little cash). When police first showed up at the door, no one answered. They retrieved a key from Matthew’s neighbor and were able to gain access to uncover their terrifying find. 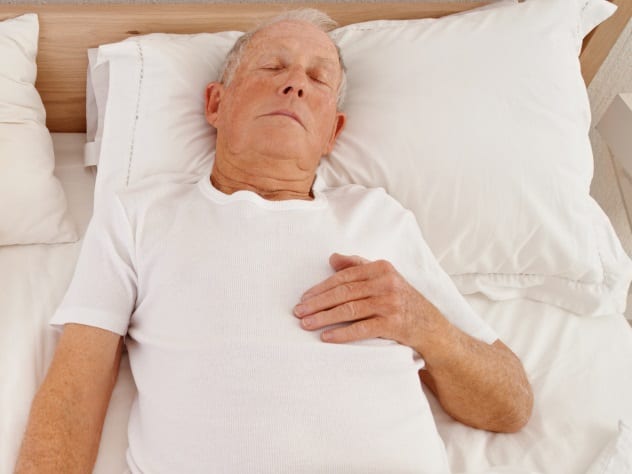 People who live with dead bodies aren’t always men, and they don’t always do it intentionally, or even consciously. Sometimes, the elderly end up doing so completely incidentally and tragically can’t help it. Such is the case with Doris Kirby, whose husband died in 2014 after suffering from numerous health problems.[4] The couple lived in poor health in Alabama, and she stayed by her husband until the end.

But Doris Kirby suffered from Alzheimer’s disease, and her husband took care of her at home. When he died, Doris was already so far gone that she lived with her husband’s corpse for months before the police did a wellness check. When they peered through a window into the house, they saw the dead man inside. They also found two dogs that had starved to death. Poor Doris Kirby had progressed hopelessly far in her Alzheimer’s disease and simply couldn’t make it without him. But they stayed together as long as they could, and that counts for something special, I think. 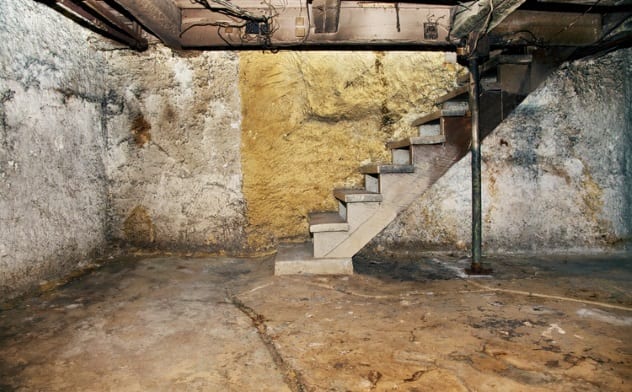 Then, in a twisted case of events, 1,900 kilometers (1,200 mi) away, the same thing would happen again only a few days later, when a 71-year-old man called the fire department. He was in the advanced stages of Alzheimer’s disease, and the reason he called was unreported, but upon their arrival, the fire department discovered his wife’s dead body, which had been in the basement for at least two days. He was living with her corpse and completely unaware of it, tragically.

Yet again, the authorities found a dead dog in the basement, but they saw no signs of foul play and expected that both the dog and the 67-year-old woman had died of natural causes, after which the man just stayed with them.[5] 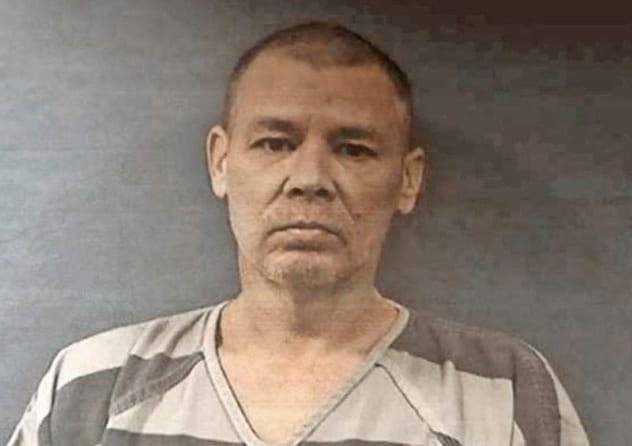 A man in Monroe County, Michigan, was arrested for living with the body of his deceased girlfriend for a month. The man, David Hall, was 49 years old, and his girlfriend, Kandance Simmons, was 56 when she died there in December 2017, but police wouldn’t make the discovery until January 2018. Simmons had a history of health issues, and the police saw no signs of violence or foul play, yet again, but David just decided to keep her corpse tightly locked up in his bedroom.

When the police entered the apartment, they found Kandace’s corpse on the bed. Hall was, of course, arrested and brought up on charges of concealing a death. Authorities say that David Hall had absolutely no explanation for why the corpse of his girlfriend had been in his home just lying there for a whole month.[6] 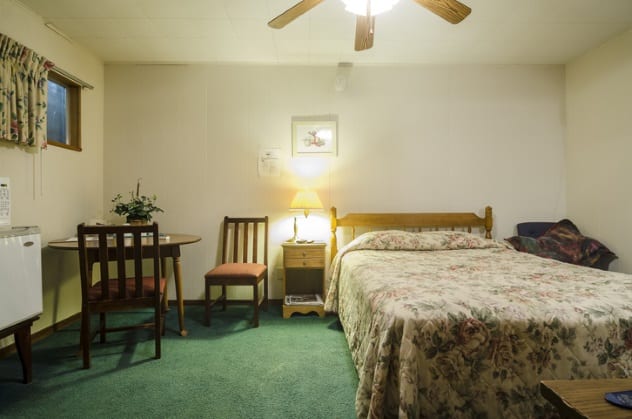 In October 2015, the police responded to a call about a terribly foul and rancid odor coming from a hotel room in Ontario, California. When they arrived and knocked on the door, the man who had lived there for over two years, Alfred Guerrero, opened the door, and they asked him about the smell, noticing flies everywhere in the room. The man refused to answer any of their questions, so they took him outside and performed a check on the hotel room.

Inside, they stumbled upon a dead body somewhere in the room and phoned for detectives to investigate the scene. The corpse had been there for several days. There were no obvious signs of a cause of death, even though it was extremely suspicious that he was not at all forthcoming and would not talk to police. Even with this, the police let Guerrero go and released him without charges.[7] 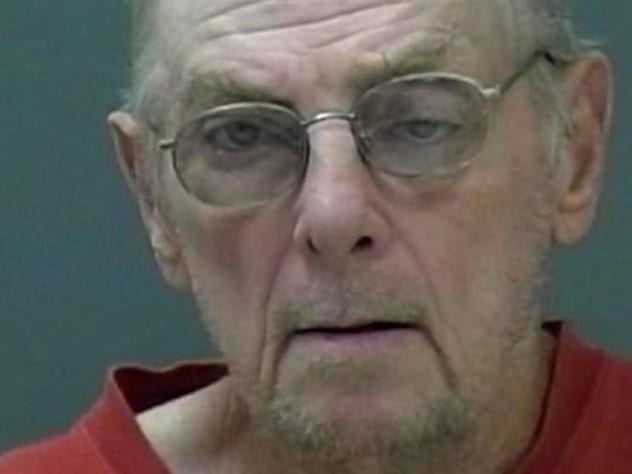 The date was May 13, 2015, and the police were called to the residence of Joyce Willis, who lived with her son, Michael Eugene Sticken, a Florida man. As they approached the door, they were immediately hit with a pungent odor that immediately appalled them. They instantly knew something was wrong.[8] The officers walked in to find the 81-year-old Joyce dead, just sitting there on the couch. It was straight out of the movie Psycho.

As it turns out, Michael kept her there so that he could survive off her Social Security checks. The medical examiner did an autopsy and concluded that she had been dead at least a month and no more than four months. Michael Eugene Sticken was placed under arrest and taken to the county jail. 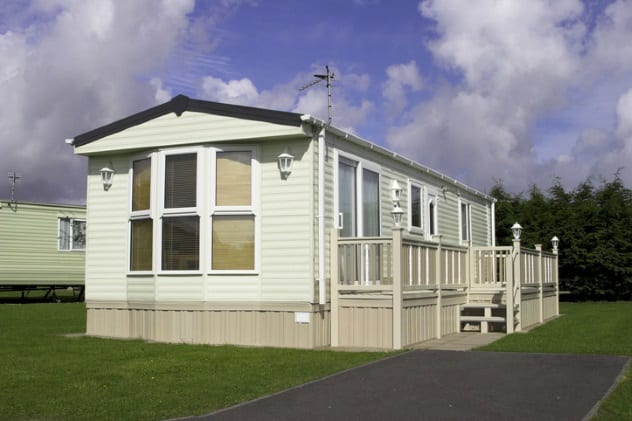 In April 2013, yet another Michigan man was surprised by a knock at the door when the police showed up to ask questions. The 64-year-old, Dennis McCauley, would be arrested and brought up on charges for failure to report a death when police discovered he had been living with his deceased girlfriend for months.[9] He was also charged with larceny, uttering and publishing (which is basically a bit like forgery), and identity theft, as he was collecting and using her Social Security checks.

When a friend noticed that the dead woman, Ann Marquis, hadn’t been around for months, she started to fear that her friend might be dead, so she asked Dennis McCauley, the man she lived with, where she’d been. McCauley told the woman that Ann had moved out. After Ann died, McCauley fell behind on the bills and went on that way for months with her dead inside the trailer. A court officer finally showed up to knock on the door to serve an eviction notice, and no one answered, but when he peered inside the window, he saw her corpse sitting inside, decomposing. 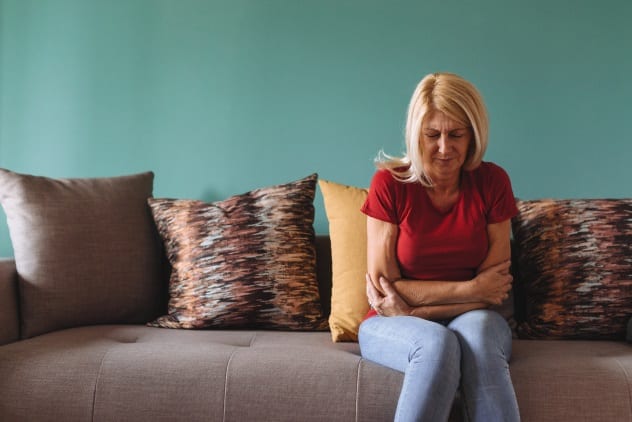 The Belgian authorities didn’t release the name of the woman who committed the act, but the dead man’s name was Marcel H., and he was found as mummified as she was bereaved. The unnamed woman was Marcel’s wife when he died in November 2012 and simply could not handle the loss at 69 years old. Marcel was gone, and there was nothing she could do about it. But that didn’t mean she had to let him go—so she kept him . . . for a year. The unnamed Belgian woman decided to keep her husband as if he had never died. She let him “sleep” in the bed with her as if nothing had happened, as if he was still there, still present, still a thinking, living person.[10]

But she hadn’t paid the rent in over a year. The man mummified during that time, and the body didn’t smell anymore. His corpse was found dressed and laid in the bed, where she slept. She simply didn’t care. She just wanted her husband to still be there, and that’s all that mattered to her. Marcel H. would end up spending both his life and death with his living wife.

I like to write about weird, dark stuff, and history.

Read about more bizarre instances of people living with corpses on 10 People Who Lived With Dead Relatives and 10 Crazy Cases Of Corpse Cohabitation.