Stories of people claiming to be reincarnated from other people will pop up every now and then. Some claims are obviously hoaxes, and we do not need to scratch past the surface to find out. Others, however, cannot be easily passed off as such, especially when the person involved reveals private details about their former lives.

Whether or not you believe in reincarnation depends on your religious, cultural, or personal beliefs. Nevertheless, here are ten interesting reincarnation stories that might be worth a read. Judge for yourself whether or not there’s anything to them. 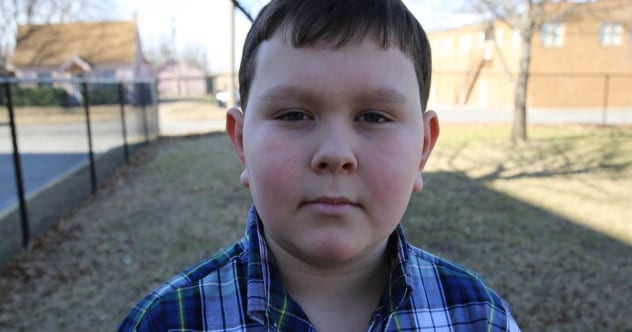 Ryan (born in 2005) was just a boy when he claimed to be the reincarnation of Marty Martyn, who had died about 50 years earlier. Ryan recognized Martyn in a photograph. Normally, someone like Martyn could not have been as rich as Ryan had claimed. Martyn was just a movie extra. Well, that was until he hit riches when he became a talent agent.

Martyn traveled around the world in large boats and bought a big house with a swimming pool and a piano. Ryan mentioned all of these. Ryan also added that he had two sisters, one of whom was a dancer, and that his mother had brown, curly hair. Ryan also mentioned that Martyn enjoyed sunbathing, was prone to getting sunburned, and had an African American maid. All of these were true.

Ryan was a bit off with some of his descriptions of Martyn, though. For instance, he said that Martyn’s home address contained either “Rock” or “Mount.” Martyn’s last address did not contain either of those words. However, it contained “Roxbury,” which arguably sounds close to “Rock.”[1] 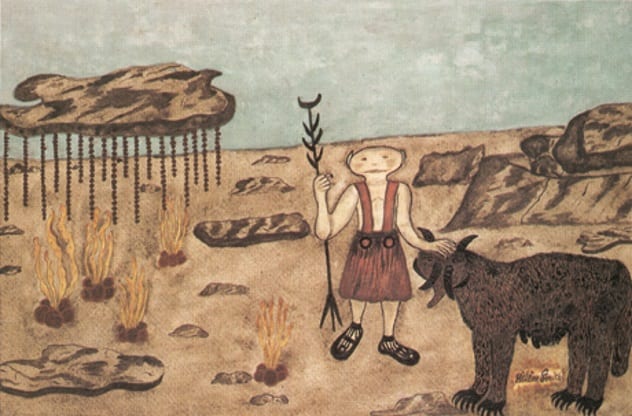 Born Catherine Muller, Helene Smith (1861–1929) claimed to be reincarnated from the famous French queen Marie Antoinette. She also claimed to be the reincarnation of the daughter of an Arab sheikh and the wife of a Hindu prince. She worked as a spiritual medium, claiming to receive messages from unseen creatures.

Smith frequently fell into trances, during which she claimed to communicate with Martians. She also said she understood the language spoken on Mars and would often speak and write what she purported to be Martian. She even made drawings of what the terrain of Mars looked like. Smith’s drawings of Mars showed beings, boats, houses, plants, bridges, and lakes scattered along the Martian terrain.[2] 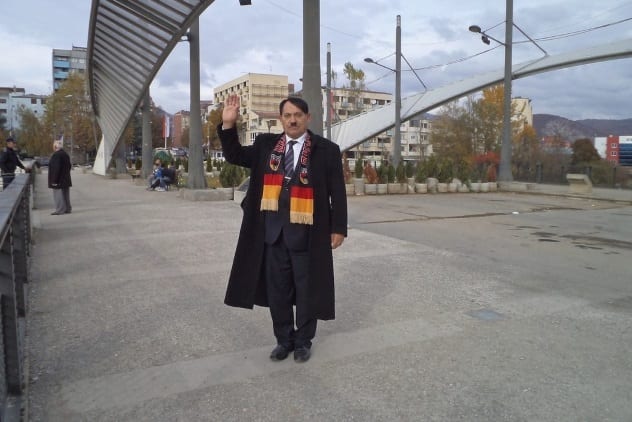 Kosovan Emin Gjinovci (spellings of the surname vary) claims to be the reincarnation of Adolf Hitler. He used to be a soldier in the Kosovo Liberation Army (KLA), where his colleagues pointed out his resemblance to Hitler. People greet him with screams of “Heil Hitler,” stretching out their arm as they would have done for the real Hitler.

He makes a living posing as a Hitler lookalike in his native town of Mitrovica. A photo with him goes for between €20 and €80. He is often invited to events as Hitler. At funerals, curious people will often stop crying to speak with him. To play the part of Hitler, Gjinovci moves around with Nazi swastikas and Hitler’s book, Mein Kampf. He also has a swastika on his business card.

Gjinovci’s commonalities with Hitler does not end with the looks. Like the real Hitler, he dislikes smoking and arrives early to meetings. He also has a dislike for the Serbs. He was in the ranks of the KLA when it fought against the Serbs in the 1990s.

On his hatred for the Serbs, Gjinovci says he considered an enemy of his enemy his friend. The Serbs are his enemy, and Hitler was an enemy of the Serbs. So Hitler is his friend.[3] Whether or not he truly believes he is reincarnated from Hitler or merely calls himself such for his business is up for debate. 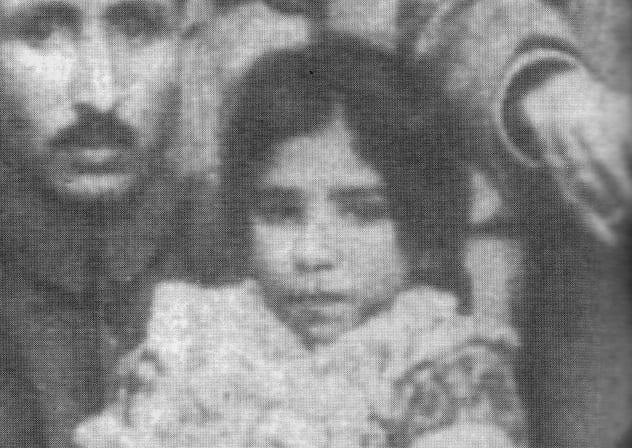 In the 1930s, an Indian girl named Shanti Devi claimed she was the reincarnation of another Indian woman named Lugdi Bai. Ludgi was born on January 18, 1902. She got married at ten and lost her first child after suffering a stillbirth. She birthed a second child on September 25, 1925, but died of pregnancy complications on October 4.

Shanti was born on December 11, 1926. She rarely talked as she grew older. When she did, it was about her husband and children. She said her husband, named Kedarnath, lived in Mathura, and they had a son. She described her husband, his shop, and his house. She also described the way she dressed when she was with him and the things she used to do.

Shanti’s family started taking her stories more seriously after she described how she died. The revelations startled a physician, since Shanti was too young to have understood the surgical procedures she talked about. Her family later arranged a meeting between her and Kedarnath’s cousin.

Shanti recognized her husband’s cousin. She also recognized Kedarnath when she finally met him, even though he was deliberately introduced to her as her former husband’s brother. The news of the reincarnation spread through India. Mahatma Gandhi even selected 15 people to investigate Shanti’s claims.

The team followed Shanti to Mathura, where she recognized several people, described how it had changed since her death, and led them to her husband’s house, even though she had never been there before. The news garnered worldwide attention after the team published their findings. Sture Lonnerstrand, a Swedish man who traveled to India to expose Shanti’s story as a hoax, concluded that it was true.[4] 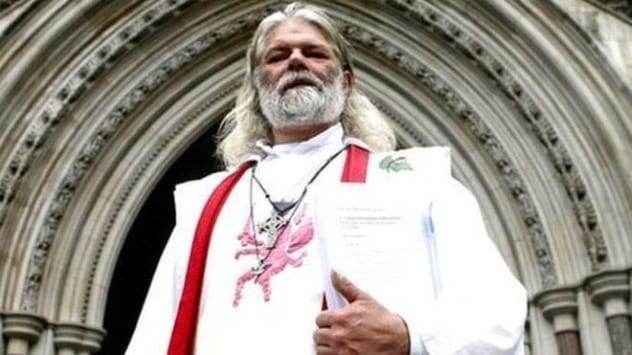 Rothwell was your regular biker until 1986, when he learned about King Arthur. He felt their lives were just too similar to be a coincidence and declared himself Arthur’s reincarnation. To seal his new position as king, he formed the Loyal Arthurian Warband, consisting of his loyalists. In royal fashion, he even knighted some of them.

However, being King Arthur in the 21st century is hard, as the reincarnated King Arthur found out. He holds worship sessions at Stonehenge, where English Heritage charges him and his followers to park their vehicles. King Arthur said no one charged him in his previous life to tether his horse at Stonehenge. So why was the present different?

He challenged the legality of the parking tickets in court, claiming it infringed on his right to worship.[5] The judge ruled the parking fees were a “reasonable and legal measure.” Meanwhile, the king insists the charges are unfair and a violation of his human rights, since he is being made to “pay to pray.” 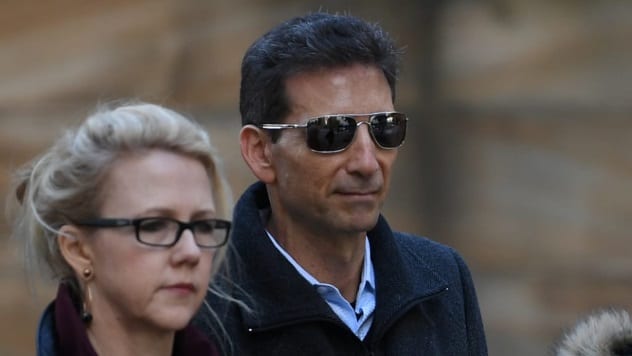 Australian Serge Benhayon says he is reincarnated from the famous Italian artist, scientist, engineer, and architect Leonardo da Vinci. Benhayon is the founder of Universal Medicine, a controversial alternative medical outfit that has been criticized for its highly unorthodox practices.

For instance, Benhayon claims his “esoteric breast massage” can cure a person of cancer. His £23,000 relationship workshops have also led to a multitude of divorces. His daughter, Natalie, who works with him, claims she can communicate with a woman’s ovaries.

The relatives of Benhayon’s patients have accused him of controlling the lives of their family members. Some even compared his outfit to a cult. Benhayon remains unfazed by these claims and rakes in over £1 million a year from his trade. Interestingly, quite a few of his patients were referred to him by real doctors.[6] 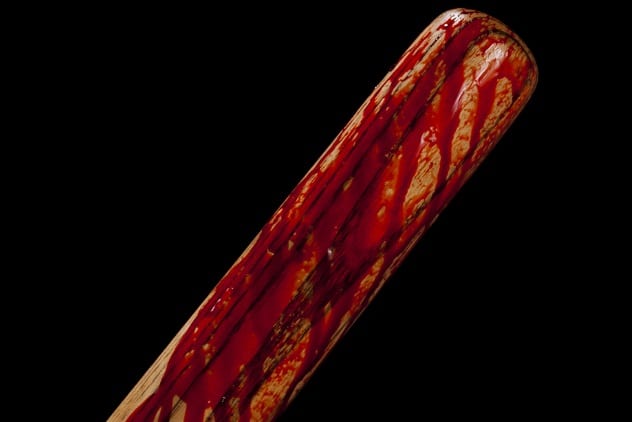 James Gibson is a drug abuser and murderer who also claims to be a reincarnation of Adolf Hitler. In 2009, he lost his father to the Black Saturday bushfires that raged through Victoria, Australia. He was just 12. He soon took to cannabis before switching to crystal methamphetamine when he was just 14. He was taking LSD by the time he was 15.

On April 3, 2015, he fatally attacked Glen Sullivan, hitting him on the head with a baseball bat. Sullivan fell on the floor, where Gibson hit him a second time. Sullivan died of brain damage and skull fractures a week later. When a witness to the attack asked Gibson why he hit Sullivan, Gibson said, “He killed my dad. I saw it in the smoke.”

Gibson later told a psychiatrist that he was a reincarnation of Adolf Hitler. He said the Nazis were controlling him and had ordered him to murder someone so that a Nazi team would recognize and retrieve him. Gibson was sentenced to 15 years’ imprisonment.[7] 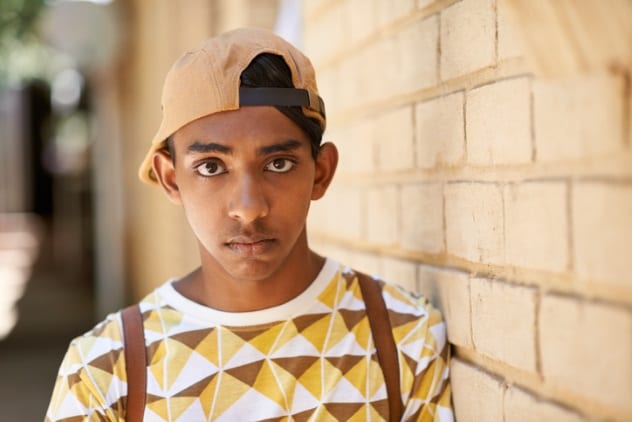 In 2005, 12-year-old Rajesh and his brother were building a small mud house when their father, who was mentally unstable, destroyed the house. This infuriated Rajesh, who threw a brick at his father. The brick hit his father in the head, causing serious injuries. Rajesh stopped talking after the incident and never said a word to anyone until two months later.

When Rajesh finally started talking, he spoke English with an American accent. This was even though he’d previously only spoke Hindi and had never understood English. He also seemed to have forgotten how to speak Hindi. Rajesh said he could speak English because he was reincarnated from an unnamed scientist from the US.

Zee News later debunked the story, claiming that Rajesh still understood Hindi. He understood questions asked in Hindi, even though he would answer in English. His English was also poor, and the accent was unnatural. He reportedly learned English from watching the Hollywood movie Total Recall.[8] 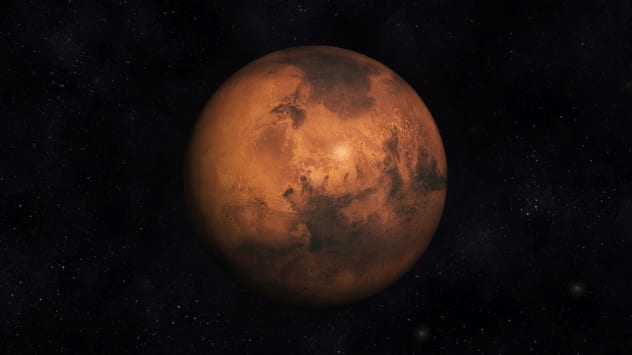 With so many people claiming to be reincarnations of other people, it was only a matter of time before someone claimed to be reincarnated from an alien. Enter Boriska Kipriyanovich, the Russian man who claims to be a reincarnation of a late Martian.

Boriska says he used to live on Mars until he was killed during a nuclear war. Before the war, he was part of a Martian team that regularly visited Earth. He claims to have met with ancient Egyptians during one such trip. Boriska added that Martians have partially unlocked the secret of immortality. They have the technology to stop themselves from aging once they reach 35.

Boriska says our spacecraft cannot detect life on Mars because the entire planet was leveled during the war, and the rest of the Martians relocated underground. Obviously, the absence of oxygen on Mars is not a problem, since Martians breathe carbon dioxide.[9] 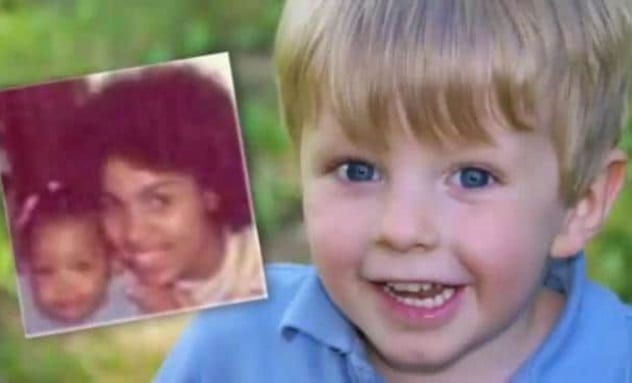 Luke Ruehlman was just two years old when he claimed to be reincarnated from a Chicago woman named Pam. He lived in Ohio with his mother, Erica, who had often heard him speak of Pam. Erica never paid much attention to Luke’s claims and dismissed Pam as a friend he was making up.

When she finally asked him about Pam, Luke said he was called Pam in his previous life. Luke did not stop there. He said he died in a fire and went to Heaven, where God sent him back to Earth as a baby. Erica did an Internet search and discovered that a woman named Pam Robinson died in a hotel fire in Chicago in 1993.

While some could pass the reincarnation claim as a hoax, there are two things that stand out. First, Erica had never spoken to Luke about Chicago. Even if Luke happened to have heard about Chicago from elsewhere, that did not explain how he was able to correctly identify a photograph of Pam from several pictures.[10]