Coming of age films are a very popular genre, and most of us have one or two favorites that really sum up our youths. This has been a very difficult list to create and I have pored over it for hours. I have ultimately chosen films that are either greatly loved by the generation they represent, or illustrate the issues that affect their generation. If you think I have left an important film off, please mention so in the comments. 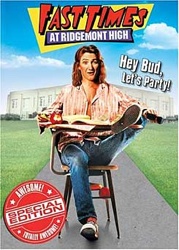 This film follows a group of high school students growing up in southern California, based on the real-life adventures chronicled by Cameron Crowe. Stacy Hamilton and Mark Ratner are looking for a love interest, and are helped along by their older classmates, Linda Barrett and Mike Damone, respectively. The center of the film is held by Jeff Spicoli, a perpetually stoned surfer dude who faces off with the resolute Mr. Hand, who is convinced that everyone is on dope. 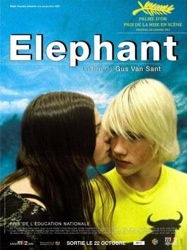 This controversial film deals with the issues of guns at school, following shortly on from the Columbine killings. It is probably the only film from the 21st century that depicts the issues that teens face in the here and now. Despite using virtually unknown actors, this film won awards and is perhaps one of the best from Van Sant. Beautiful cinematography makes this a film that will be remembered for a long time. 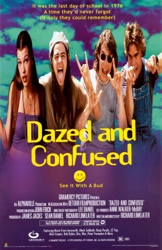 In a small Texas enclave, highlights the rites of passage on the last day of school in 1976 for the new, incoming freshmen at the hands of the class of ’77 at Robert E. Lee High School. Freshman boys are physically punished, while the girls largely face the brunt of verbal abuse and humiliation. Two main figures emerge. Incoming freshman Mitch Kramer comes to a new realization in his role as a major target of senior hazing. And, among the seniors is Randall “Pink” Floyd, the school’s star quarterback, who moves with facile grace among groups of greasers, nerds, stoners, and athletes alike. 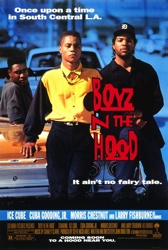 John Singleton’s portrayal of social problems in inner-city Los Angeles takes the form of a tale of three friends growing up together ‘in the ‘hood.’ Half-brothers Doughboy and Ricky Baker are foils for each other’s personality, presenting very different approaches to the tough lives they face. Ricky is the ‘All-American’ athlete, looking to win a football scholarship to USC and seeks salvation through sports, while ‘Dough’ succumbs to the violence, alcohol, and crime surrounding him in his environment, but maintains a strong sense of pride and code of honor. 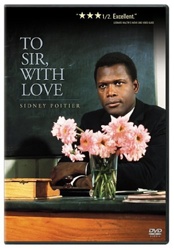 To sir with love is a film that deals with the issues of racism and poverty in inner London during the 1960s. Sydney Poitier stars as the teacher, an interesting reversal of his role as a troubled teen in a similar film in 1955, Blackboard Jungle. The film’s title song “To Sir, with Love”, sung by Lulu, reached number one in the U.S. pop charts. 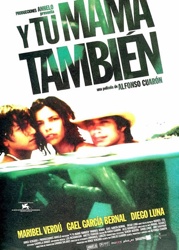 This film chronicles the coming of age of two teenage boys who take a road trip across mexico with a woman in her late twenties. The film is set against the backdrop of the political and economic realities of present-day Mexico. The film also touches upon issues of homosexuality in its investigation of the relationship between the two main characters. 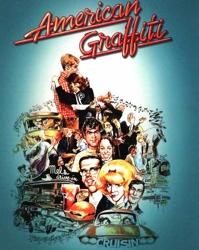 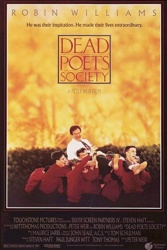 The Dead Poets Society is set in a boys school in the late 1950s in which we see the transition from the strongly conservative views of the 50s morph into the “liberated” views of the 1960s through the influence of an English teacher played by Robin Williams. Williams comes up against difficulties from the established school system and the parents as he tries to open the minds of his pupils. This fictional movie contains many poignant moments and has become something of a classic. My favorite quote from the film: “Boys, you must strive to find your own voice. Because the longer you wait to begin, the less likely you are to find it at all. Thoreau said, ‘Most men lead lives of quiet desperation.’ Don’t be resigned to that. Break out!” 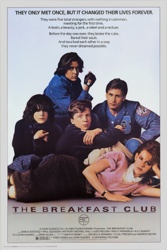 It’s the weekend, and five students have weekend detention. There’s a jock, a princess, a misfit, a nerd, and a lout. Not much in common, except for having to give up their day, sit in the school library, and write an essay for the principal. Being from such widely different backgrounds and having such completely different personalities, it’s inevitable that some frictions and shenanigans develop. Especially when the principal leaves the room… 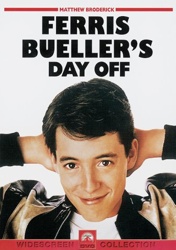 Ferris is a street-wise kid who knows all the tricks. Today he decides to take the day off school. When Ferris takes the day off, so must his best friends, Cameron and Sloane. Cameron is reluctantly persuaded to borrow his father’s Ferrari, and together they hatch a plan to get Sloane out of class. Suspicious dean of students Ed Rooney knows all about Ferris, but can never catch him. Ferris’ sister Jeanie is also frustrated that Ferris always gets away with his tricks and she doesn’t. Furthermore, Ferris is an ‘angel’ in his parents eyes. It’s Ferris’ day off, he’s out to enjoy himself, and he does!

5. Back to the Future 1985, Robert ZemeckisTrailer | Amazon 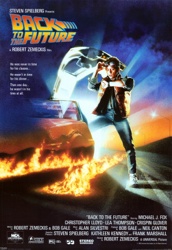 The year is 1985 and Marty McFly (Fox) is your everyday teenager, except for one problem. He is stuck in 1955. After his good friend Doc Emmett Brown (Lloyd) is gunned down, Marty ends up sending the DeLorean back twenty years into the past. Now, he must find the Doc and convince him that he is from the future, in order for the Doc to send him back to the future, but this is the least of Marty’s problem. After accidentally getting in the way of the important meeting between his future mother (Thompson) and father (Glover), Marty must get them back together before he changes time forever, and destroys his own existence. 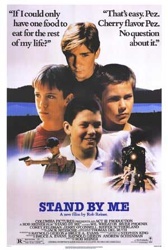 Stand by Me is based upon a book by Stephen King. It tells the tale of four boys who are about to embark on different paths as they head to high school. In order to see the dead body of a boy near their age, the boys go for their last summer journey together. During this time they discover things about themselves and each other that change their views on the world. This is a hauntingly beautiful film which stars River Phoenix. 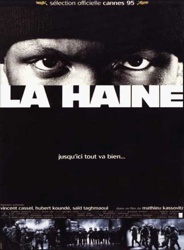 Set in the slums of Paris, this film explores the lives of three friends (a black, a Jew, and an Arab) amidst racial tensions in France in the early 1990s. The title of the film means “hate” and each of the characters expresses hatred of the system in which they live. As the film progresses the characters learn from each other that life is what they make it. The film has a tragic end but, in typically French style, is full of wonderful philosophical gems. 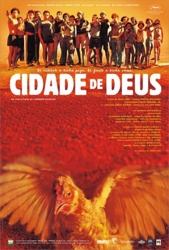 Brazil, 1960’s, City of God. The Tender Trio robs motels and gas trucks. Younger kids watch and learn well…too well. 1970’s: Li’l Zé has prospered very well and owns the city. He causes violence and fear as he wipes out rival gangs without mercy. His best friend Bené is the only one to keep him on the good side of sanity. Rocket has watched these two gain power for years, and he wants no part of it. Yet he keeps getting swept up in the madness. All he wants to do is take pictures. 1980’s: Things are out of control between the last two remaining gangs…will it ever end? Welcome to the City of God.

1. Rebel Without a Cause 1955, Nicholas RayTrailer | Amazon 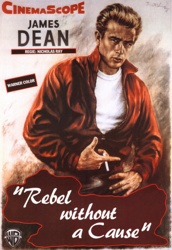 It would be safe to say that this film was the first great iconic film of the teen genre. It was one of only three performances of James Dean and caused great scandal at the time because of the homosexual undertone that permeates the film between the characters played by Dean and Sal Mineo. I would be remiss if I were to not include this as the number one film. Dean has moved to a new town with his parents and is about to start at a new school. He befriends the unpopular Sal Mineo who idolizes him. This is a film that all film buffs must see.

Notable Omissions: If you want to see the complete list of movies that I had to pick from, you can see it here on the forums.