A much-desired follow-up to the first list, because a number of favorites were left off. The lister slightly expanded his definition of “adorable” to allow “nauseatingly adorable.” You can examine the first list here. 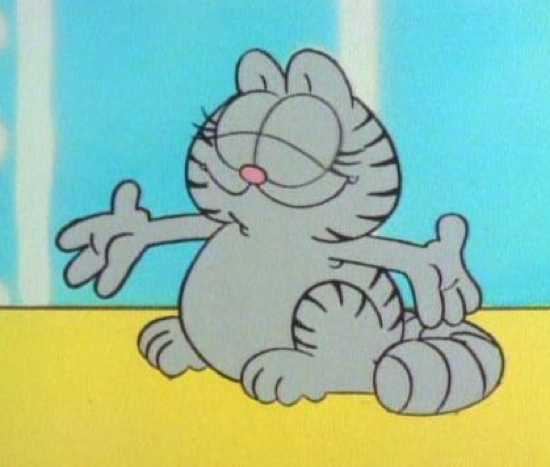 One of two examples on this list of disgustingly adorable cartoon animals. Nermal is a male kitten, in case you were wondering, and Garfield loathes him intensely. Or loathed, since Jim Davis hasn’t used Nermal in years. Nermal was the kitten of Jon’s parents, but after a while, it no longer mattered. The dynamics between him and Garfield were excellent, with Nermal taking up an epithet Jon bestowed on him, “the world’s cutest kitten.”

Nermal is an exasperatingly self-centered gray tabby with even larger eyes for his body than Garfield has, and because he always garners all of Jon’s attention during his visits, Garfield is routinely heaving him through the door, leaving a kitten shaped hole. He also loves to mail him to Abu Dhabi, United Arab Emirates. Evidently, the UAE doesn’t find him cute either, because the cat keeps coming back for more love from the whole world. 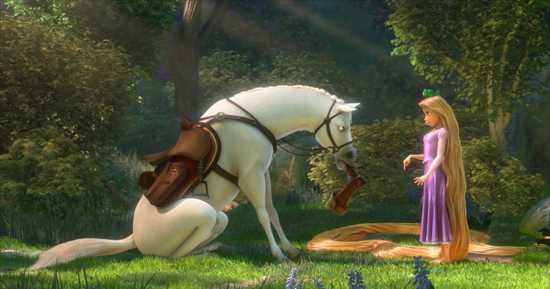 If this lister pens a list about animals, you’re going to see at least one horse. And like Spirit from the first list, Maximus was a serious pain to draw. Yet animated film artists always seem to complain that the animal in question is a painstaking masterpiece. In general, Maximus has very human facial features: especially the eyes and eyebrows. When he snorts and fumes straight toward the camera, he looks just like a big, furry guy. Also important are his monumental nostrils. If you’ve never looked a real horse in the face, do so and you’ll be amazed. Their nostrils are very stretchy and they can blow the icing off a cake without even opening their mouths (this lister researches his lists). Maximus can flare his so wide you could fit apples in them. Instant laughter. In this lister’s opinion, it would be impossible for Maximus to frighten you, however well he sword fights.

He starts out as a villain trying to catch Flynn and Rapunzel, but Rapunzel finally befriends him, which is strangely realistic. Horses seem to be suckers for pretty ladies. After he leads the Pub Thugs to rescue Flynn, the two go to rescue Rapunzel in the castle tower. Happily ever after, as everyone should be, and Maximus is promoted to captain of the Royal Guard. 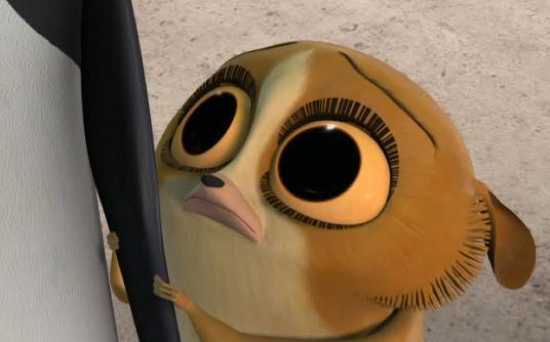 Fine, everyone clamored for him, so enjoy. The other example on this list of a cartoon animal so freakishly adorable that he kind of makes you want to hurl. Even the other characters in the films loathe him, and try to keep him away because his attention-getting cuteness is intolerably annoying. His first entrance is when the four zoo animals startle all the lemurs into hiding. “Original King Julien” immediately nominates Mort to make acquaintances by throwing him to them.

Alex the Lion’s gigantic teeth terrify the life out of him, and this is the only time you really feel bad for him, because you don’t know him well enough. Nevertheless, he proved very popular in the first film, and received a lot more screen time in the second, where the four main stars, with King Julien and Maurice, desperately flee Madagascar, partly to get away from Mort. Of course he stows away in a nice homage to the Twilight Zone, and flees through the jungle from a shark for the rest of the film. At the end, the shark falls into a volcano, but you sort of wish Mort had fallen in, and then the shark ate him in a mouthful of magma. 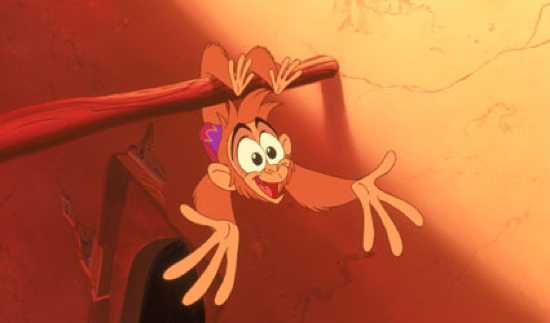 Voiced by the great Frank Welker, who also voiced Megatron in the original Transformers cartoons. Abu is Aladdin’s pet monkey and is named after Sabu Dastagir’s character Abu from The Thief of Bagdad. Abu is a kleptomaniac, loving to steal anything he can get his little paws on, especially gold and gems and such. He causes some serious grief in the cave of wonders, when he breaks the cardinal rule of touching nothing but the lamp. He tries to take a giant ruby (then tries to put it back with a big grin), but it’s too late. The Genie has to get him, Aladdin and the Magic Carpet back out. But Abu does redeem himself by picking Jafar’s pocket, stealing the lamp back.

The Genie eventually turns him into a huge elephant, complete with Abu’s hair, fez and jacket. This is after he turns him into a Cadillac, a fairy tale stallion and numerous others. Abu has huge eyes, ears, even bigger human teeth, and a more or less leprechaun hairstyle. It’s his over-emphasized facial expressions that endear him to you: always scheming, figuring things out, pouting with an alto growl, or elatedly shoveling treasure into his fez. 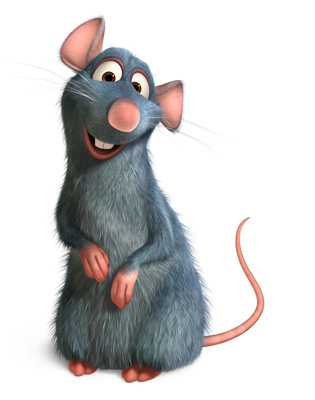 In retrospect, it seems it was only a matter of time before an animation studio chose rats as their next adorable animals. The rats in “The Secret of Nimh” came long before these, granted, but this is one of the few times that the lister will admit that the 3D Pixar animation served better. Remy is a rat living in France with his entire clan of several hundred. When they are scared away by a shotgun-packing grandma, they all flee down the sewers, but Remy becomes separated and winds up beneath Paris.

He looks for food and winds up in Chef Gusteau’s restaurant, where he befriends a hopelessly inept cleaner who can’t cook. Remy can cook because rats have an extraordinarily well developed sense of taste, so they partner in turning the restaurant into the classy business it once was. The animators originally weren’t drawing the rats adorably enough (and they do use the word “adorable” when designing most animal characters).

One of the artists finally brought in some of her pet rats, and they discovered that they were drawing the ears too pointy. Pointy ears might be charming on horses and foxes, but rats are already thought of as nasty vermin. But their ears are round like little frying pans, and the artists remarked at how similar to Mickey Mouse they looked. Not much artistic difference needed between mice and rats. Rats are larger. They had to give Remy a gigantic nose to go with his requisite huge eyes. His whiskers actually weren’t exaggerated too much. 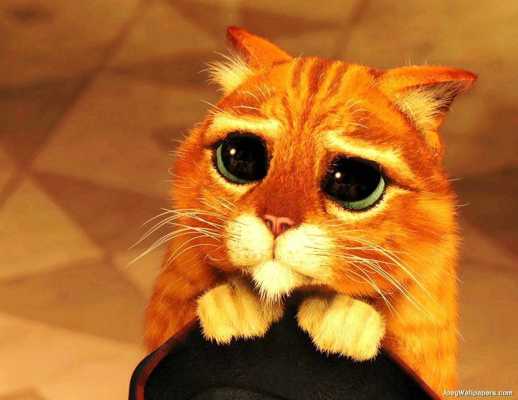 Puss was not included in the first list because he struck the lister as too similar to Garfield (and there is an “I hate Mondays” reference in the second film). You may be wondering where all the Looney Tunes characters are. Well, they’re always trying to kill each other in a variety of brutal ways. Not that that isn’t hilarious, but it isn’t what this lister would call “adorable.”

Puss, however, is adorable, if only when he uses that trait to deceive someone. He takes his plumed musketeer hat off and does the ridiculously gargantuan eye trick, ears slightly curled down to the sides, to make you fall in love. Then he whips out the rapier and fights like Zorro. Meanwhile, he does some decidedly feline things, like hock up hairballs. The Dreamworks artists knew what they were dealing with, and made no attempt to disguise Puss’ adorable appearance. Instead, they spoof it as a quintessential feature of cartoons.

4
Princess Tiana
The Princess and the Frog 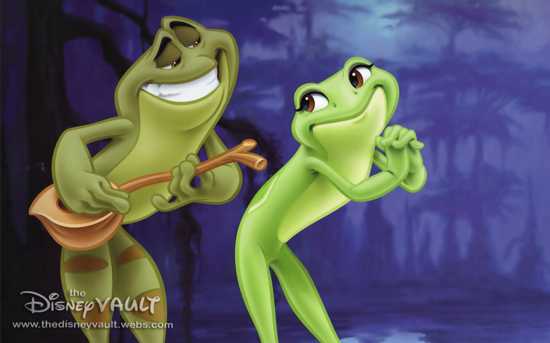 The animators did themselves proud with the two frog designs in this one. Prince Naveen of Maldonia and Tiana both get turned into frogs and fall in love in the bayou, during which time they argue about whether they’re covered in slime or mucus. Not appealing, and yet the frogs are adorable because of their giant, brown eyes and perpetual, dimpled smiles. When they smile, they have perfect, white human teeth.

Between the two, Tiana edges out Naveen because she also has long, flowing eyelashes. Her body shape is slender and generally voluptuous. This may be the only Disney film with a blatant French kiss: Tiana and Naveen attempt to catch flies and their tongues get tangled in a knot. Near the end, she explains to the bad guy, Shadow Man, that “it’s not slime. It’s mucus.”

And if you thought it would be impossible to make a frog adorable, read on. 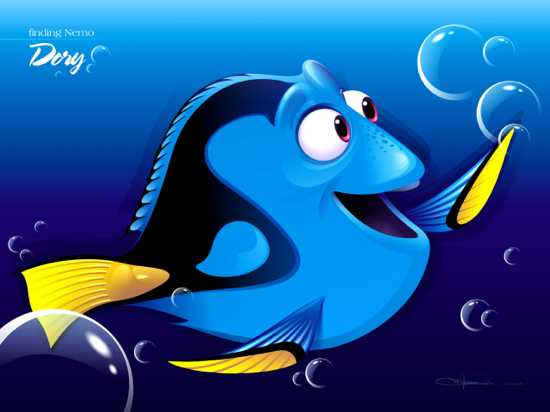 Real fish don’t really have any facial expressions. At least not as we understand them. They’re eyes are always wide open, and they can’t smile or frown. Well, those rules have to be struck down in cartoons. The eyes are most important, but not only are Dory’s gargantuan, they have rich brown irises and are very elastic, able to express emotions in the same manner as lips. She has freckles on her “nose,” and what’s more, she doesn’t just smile, she has dimples.

But her most endearing trait is her incredible naiveté and short term memory. One of her best lines arises when she and Marlin meet Bruce the Great White Shark (named after the shark from Jaws, which was named after Steven Spielberg’s lawyer). He bears his teeth and growls, “Hello,” to which Dory simply swims up and says, “Well, HI!”

2
Archimedes
The Sword in the Stone 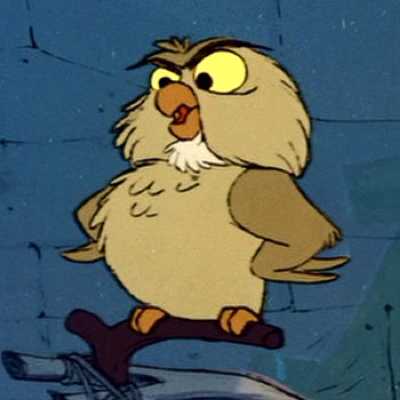 Archimedes is Merlin’s pet owl, voiced by Junius Matthews, who also voiced Rabbit in Disney’s Winnie the Pooh films. Archimedes is almost always grumpy, just the way owls look like they are. He is extremely well educated (a reference to the fact that owls always seem wise), can read, write, speak English and do mathematics. He teaches Wart (Arthur) to read, and when Merlin changes Wart into a sparrow, Archimedes teaches him to fly. He calls on Merlin when Wart gets nabbed by Mad Madam Mim.

He may be grumpy and off-putting, but he’s a real charmer once Wart befriends him. He saves him from a huge pike in the castle moat when Wart jumps out as a yellow perch. He then tries to defend his grumpy demeanor by arguing that yellow perch is his favorite dish. He gets soaking wet and his feathers bloom out, leading him to shout, “Pinfeathers and GULLYFLUFF!”

But by far his most hilarious and charming moment is when Merlin tries to demonstrate a model airplane as proof that humans will fly one day in the future. The plane gets caught in his beard and plummets out his window to the ground, prompting Archimedes to burst into all manner of riotous laughter. 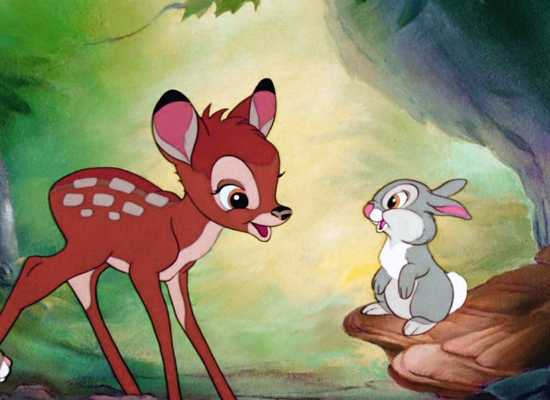 Thumper is Bambi’s bunny buddy, and it was a tough decision between him and Flower, their skunk buddy. Flower proves that there is no exception to which animals can be made adorable. The Disney cartoons were a lot better when Disney was alive to supervise how the characters would look. He knew “adorable” like the back of his hand. Thumper’s name derives from the rabbit’s habit of thumping the ground with his hind foot whenever he’s delighted. Hard to believe the Disney Corp. has never made a plush Thumper that stamps its hind foot when a child pets it.

In terms of over-sized eyes, Thumper’s entire existence is based on the principle of over-sizing everything: amber eyes, fluffy cheeks, whiskers, huge feet, a fat nose to match his eyes, and buckteeth. And like almost all Disney cartoon animals, he walks with his chest thrust out to look more heroic. Interesting note: rabbits do not stamp their feet, but skunks do.

Top 10 Funniest Movies Of All Time