This list was compiled by James Landale, an exerienced Journalist who works as a political correspondent for the BBC. He is also the author of the book Duel, a True Story of Death and Honour. Thankfully dueling is now illegal in most civilized nations, but history is full of very romantic tales of men defending their honor through this ancient tradition. This is a list of 8 of the more remarkable duels from history. 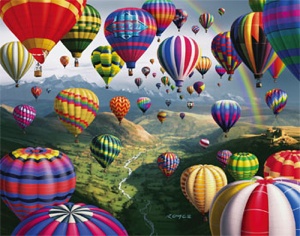 Two Frenchmen chose to fight from balloons over Paris because they believed they had ‘elevated minds’. Monsieur de Grandpre and Monsieur de Pique quarreled over a famous dancer called Mademoiselle Tirevit, who was mistress of one and lover of the other. So, at 9am on May 3, 1808, watched by a huge crowd, the two parisians climbed into their aircraft near the Tuileries and rose gently up in to the morning air. At about 2,000 feet, when the balloons were about 80 yards apart, de Pique fired his crude blunderbuss and miss. De Grandpre aimed his more effectively. De Pique’s balloon collapsed, the basket tipped, and he and his second fell headfirst to their deaths on the rooftops below. De Granpre and his second, however, drifted happily away in the light north-westerly breeze before landing safely 20 miles away. 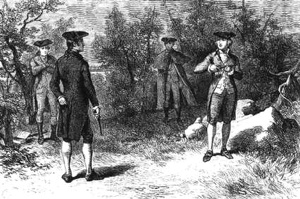 Aaron Burr, the Al Gore of his day, lost the US presidential election in 1800 by a handful of votes. Thomas Jefferson was elected instead and made his defeated opponent Vice President. Burr blamed his defeat on Alexander hamilton (pictured on the US $10 bill), one of the great figures of the American Revolution. Hamilton – a close friend of Washington, co-framer of the constitution and a former head of the army – had successfully persuaded a tied electoral college to swing behind Jefferson. so when Vice President Burr discovered a few years later that Hamilton had bad-mouhnted him in a later, he issued an instant challenge. Hamilton – by then retired from politics – was opposed to dueling on moral and religious grounds, but the duty of honor was greater and so, on July 11, 1804, both men crossed the River Hudson with their seconds to what is now New Jersey. Burr was determined to shot his rival dead, which he did. Hamilton, as he was shot, discharged his own pistol into the ground. There was huge public revulsion at the death of such a popular figure and the Vice President found himself on the receiving end of some seriously bad headlines. He was deprived of his New York citizenship and forced in to hiding. In later years, he was shunned by society and died destitute n Staten Island in 1836. 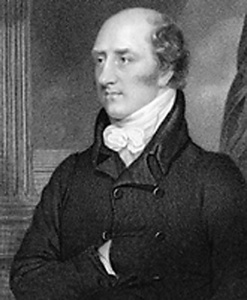 On September 21 1809, at the height of the war against France, two Tory Cabinet ministers fought a duel. One went on to become Prime Minister. The other became the architect of post-Napoleonic Europe. Lord Castlereagh, the Secretary for War, believe – correctly – that George Canning, the foreign Secretary, was plotting to have him replaced and challenged his colleague to a duel. Both men resigned their posts and met at dawn on Putney Heath in Southwest London. Canning, who had never fired a pistol in his life, missed twice. But Castlereagh, with his second shot, lightly wounded his opponent in the left leg. Both men were roundly criticized by both peer and public. George III overlooked Canning and chose a man called Spencer Percival to be Prime Minister instead. Three years later Percival won the dubious honor of becoming the only British PM ever to be assassinated. Canning had to wait until 1827 before securing the premiership, and even then his tneure was brief; he died unexpectedly three months after entering Downing Street. Castlereagh went on to achieve greatness as a statesman at the Congress of Vienna but was never popular. He committed suicide in 1822 amid allegations of homosexuality and his funeral procession was booed as it entered Westminster Abbey. 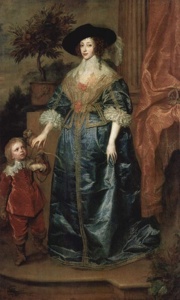 Jeffrey Hudson, a dwarf, entered royal service by emerging from a large pie at a party for Charles I. He belonged to the Duke of Buckingham, but Henrietta Maria was so enchanted by the little man that she insisted he joint he court. She called him Lord Minimus. Charles made him a captain in the Royal Army, but while Hudson was naturally the butt of many jokes, he was also a proud man. One day a young officer called Charles Crofts went too far and teased him for coming off worst in a fight with a turkey cock. For Hudson, this was too much and he challenged Crofts to a duel. The soldier thought he was joking and turned up armed with a water pistol. But Hudson was in earnest and demanded a real duel with real pistols on horseback. This was a shrewd move, for crofts was fat and slow on a horse. Hudson however, only 18 inches tall, presented a much tougher moving target. Thus the dwarf escaped injury while his opponent was dead through the heart. This was the last of Hudson’s luck – he incurred royal disfavor, was exiled, captured by Barbary pirates and spent the next 25 years in prison in North Africa. In the end, he escaped and retired to his native Rutland, where they still drink a beer named in his honor. 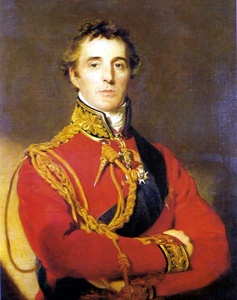 The Duke of Wellington disapproved of dueling. He believed it fostered indiscipline and wasted good officers. But that did not stop the conqueror of Napoleon indulging in a little combat himself. Nor did the fact that he was 61 years old and Prime Minister put him off either. More than a decade after Waterloo, following several years of political uncertainty, George IV had turned to the aging war hero to re-establish a little order in the Tory party and the country. One of Wellington’s first acts was to give Britain’s Catholics a greater role in public life in an attempt to avoid unrest in Ireland. The policy divided the Tory party and one peer, the Earl of Winchilsea, a hardline protestant, questioned Wellington’s motives. Letters passed and so, on March 21, 1829, both peers met on Battersea Fields at dawn. Winchilsea, realizing by then that he was on a hiding to nothing, refused to point his pistol at Wellington and fired in the air. Wellington fired deliberately wide as well and accepted a written apology. The public were not impressed at their Prime Minister’s willingness to risk life and limb for such a trivial matter and Wellington found himself openly mocked in the press. 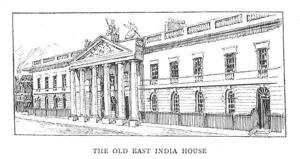 A member of the British Parliament once dueled in the nude. Humphrey Howarth, the MP for Evesham, was attending the races at Brighton in 1806 and dined one night at the Castle Inn. There he fell in to discussion with the Earl of Barrymore, an Irish peer. Discussion turned in to quarrel and they arranged to meet on the race course early next morning. Both men were rogues, and much given to taking the piss. But even Barrymore was astonished as his opponent took his clothes off and presented himself on the dueling ground armed solely with pistol and underpants. The seconds and other witnesses burst out laughing, not least because Howarth was by then a fat old man, but Howarth was in earnest. He had spent much of his earlier life as an army surgeon for the East India company. He knew gunshot wounds were often infected by the dirty clothing that preceded a bullet into flesh. In the end, however, his precaution was redundant. Both he and his opponent missed their targets and resolved their dispute without bloodshed. 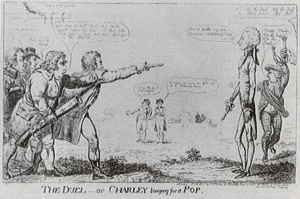 In 1798, at a crucial moment in Britain’s struggle against Napoleon, the Prime Minister, William Pitt the Younger, chose to risk his life in a seemingly absurd duel. The 39 year old premier had been criticized in the House of Commons by a hot-headed by insignificant Irish MP. George Tierney had condemned Pitt’s plans to beef up the Navy to counter the thread of invasion from France. Pitt was furious, called Tierney a traitor and challenged him to a duel. They fought at three in the afternoon on Putney Heath in southwest London. Pitt’s friend, Henry Addington, the Speaker of the British Parliament, chose to attend as a witness. At 12 paces both men fired twice and, fortunately (or unfortunately, depending on your views on taxes), missed twice. Some have hinted that the seconds deliberately loaded insufficient gunpowder to avoid a fatal injury. Pitt went on to lead the war effort against Napoleon and introduce tax to Britain for the first time. 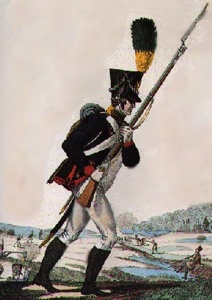 Two officers in Napoleon’s army spent 19 years carving each other up in a series of duels that were always bloody but never lethal. Their dispute began in 1794 when Captain Dupont was ordered to stop Captain Fournier attending a party. Fournier took umbrage, challenged Dupont and thy fought the first of 17 duels. As the years passed, they drew up a contract. If they came within 100 miles of each other, they would fight, military duty alone excusing a duel. Such was their companionship in honor that on occasion they dined together before fighting. In the end, by 1813, General Dupont tired of fighting General Fournier. he also wished to marry. So he arranged an unusual duel in which they stalked one another in a forest, armed with two pistols. Dupont stuck his coat on a stick and tricked hi opponent into firing twice. Dupont spared Fournier’s life but told him that if they dueled again, he reserved the right to fire two bullets first from a few yards range. They never fought again. The story formed the basis of Joseph Conrad’s story, The Duel, and Ridley Scott’s 1979 film, The Duellists.