A fad refers to a fashion that becomes popular in a culture relatively quickly, but loses popularity dramatically. Some fads may come back if another generation finds out about it and gets interested in it. This is a list of the worst of them. 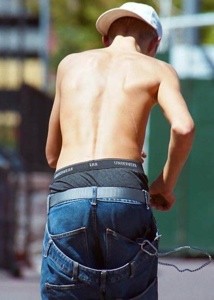 Sure, if the wearers were Brad Pitt and Angelina Jolie this might not be so bad – but, unfortunately, the wearer is usually a pimple-faced teen with a bad attitude. Saggy Pants (for lack of a better phrase) is the idiotic practice of wearing your pants so low that your underwear (or worse – your bare bottom) shows. Admittedly it is often more attractive than the wearer’s face, but still – cover it up! Unfortunately rather than passing quickly, this fad is sticking – and the trousers are getting lower by the season. 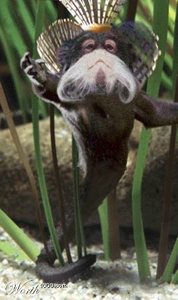 Sea Monkeys were first marketed in 1957 by Harold von Braunhut as Instant Life, though Braunhut changed the name to “Sea-Monkeys” on May 10, 1962. These are creatures sold in ready to go packets. To start the process, the ‘water purifier’ package is added to water on day one. The user is typically unaware that this package already contains eggs in addition to the salt. At day two, one adds the ‘instant life eggs’ package, containing Epsom salts, borax and soda ash, in addition to eggs, yeast, and sometimes a blue or green dye. The dye is used to enhance the ‘instant life’ experience by making the freshly hatched animals more visible. The Sea-Monkeys seen during the second day after adding the ‘eggs package’ are derived from the eggs added with the ‘purifier’ package. The food package is a mixture of Spirulina and dried yeast. The ‘boost’ packages mainly contain salts, which induce sexual activity in artemia. [Wikipedia] 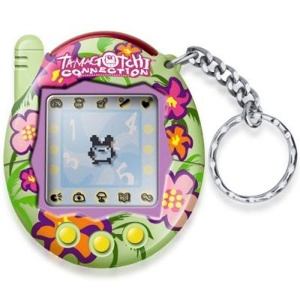 Digital pets are distinct in that they have no concrete physical form other than the hardware they run on. In other words, it is a pet you can feed and walk with the press of a button, and if you forget – and it dies – it doesn’t matter – Mommy and Daddy will buy you a new one and you don’t need to learn responsibility! This ridiculous fad started with the Tamagotchi toy in Japan in 1996 when it was created by Aki Maita and sold by Bandai. 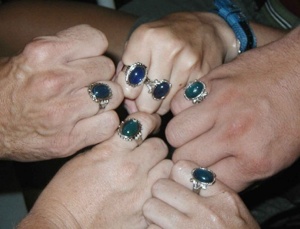 First becoming popular in the 70s the mood ring (either a hollow glass bubble filled with thermotropic liquid crystals, or a glass stone sitting on top of a thin sheet of liquid crystals) was marketed to alert you to what mood you might be in (as if you didn’t know already!). Blue meaning happy, black meaning anxious or stressed, and a whole range of colours in between for anything from sexy to angry. They have reappeared and disappeared from shelves since the 70s, and even have their own place in a joke:

“My husband, being unhappy with my mood swings, bought me a mood ring the other day so he would be able to monitor my moods.

Maybe next time he’ll buy me a diamond”. 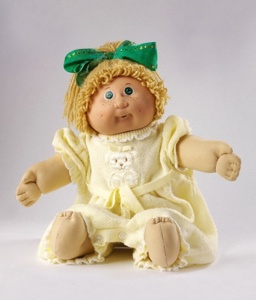 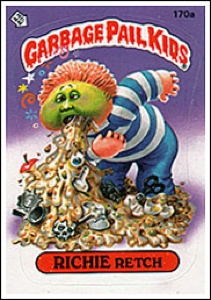 Invented in 1978 and mass produced for the public in 1982, the Cabbage Patch Kid was the biggest fad of the 1980s. So much so, that it caused fist fights and near riots among parents trying to ensure their precious darlings had one for Christmas.

They were short lived as a fad, but possibly one of the most successful toys, grossing $600 million in sales in 1985. After the novelty of these dolls wore off, they were closely followed by the Garbage Pail Kids, which were collectable cards accompanied by bubble gum. Each Kid suffered from either a comical abnormality or some terrible fate, such as “Richie Retch”.

From cute and cuddly, to horrific – pure genius! 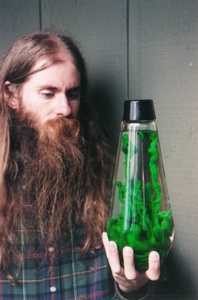 One of the most well liked fad items, the lava lamp was invented in the 1960s by Edward Craven Walker. Considered horribly tacky by some, the lava lamp does little else than sit in a corner and heat wax which forms lava like blobs, rises to the top of the lamp, and then sinks to the bottom as it cools. Rinse and repeat, and that’s about as far as the novelty factor goes. Perhaps that’s why they were so popular in the 60s. Just add recreational drugs. 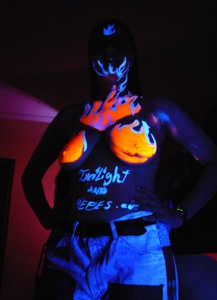 In the 1960s, the black light took off in night clubs. People would paint themselves with fluorescent paints, which would become luminous under the black light. This somehow managed to carry on through to the 80s, and merged into the punk era with such things as fluorescent spikes of hair. These days it generally tends to be used for detecting counterfeit money, genuine antiques, and attracting bugs to bug zappers. It can even be used to reassure the paranoid holiday maker; A quick pass of a black light over the sheets on a hotel bed will reveal any traces of semen! 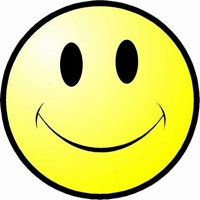 The smiley face graphic was popularized in the early 1970s by a pair of brothers, Murray and Bernard Spain, who seized upon it in a campaign to sell novelty items. The two produced buttons as well as coffee mugs, t-shirts, bumper stickers and many other items emblazoned with the symbol and the phrase “Have a happy day” (devised by Gyula Bogar). Even today we still see these buttons on nouveau-punks and, of course, frequently on the internet. [Wikipedia] 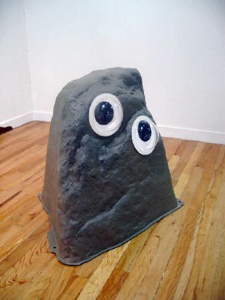 Advertising executive, Gary Dahl, came up with this brilliant way to fool people out of a lot of money; take a rock, stick it in a box, and call it a pet. While this 1970s fad only lasted six months, its fame seems endless. The rock came with a “Pet Rock Training Manual”, with instructions on how to properly raise and care for one’s newfound pet (notably lacking instructions for feeding), was included. The instruction manual contained several commands that could be taught to the new pet. While “sit” and “stay” were effortless to accomplish, “roll over” usually required extra help from the trainer. “Come” was found to be impossible to teach reliably. [Wikipedia] 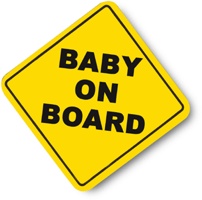 Do I care? The sign was first marketed by Safety 1st Corporation in 1984 and became a widespread fad by 1985. According to Wikipedia, its use in the US rapidly declined by 1986 as parody imitations with lines like “Baby I’m Bored”, “Pit Bull on Board”, and “Mother-In-Law in Trunk” became popular. Unfortunately its popularity continues in the UK (and New Zealand), along with other versions such as “Princess on Board” and “Little Person on Board”, which may explain why so many English children behave so abominably in public (particularly in London). An urban legend claims that the death of a baby led to the creation of the signs. According to snopes.com, there is no truth to this claim. Comedian George Carlin considers Baby On Board to be “the three most puke-inducing words that man has yet come up with”. 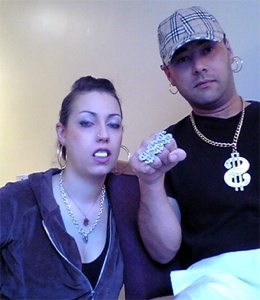 Our bonus item is the cyberfad, MySpace. MySpace, a social networking site, is owned by Fox Interactive Media. As of September 7, 2007, the site claims to have 200 million accounts. The site has become famous for hosting some of the ugliest websites on the internet with loud music and garish backgrounds. The site is home to millions of early teenaged girls who talk entirely in capital letters with an indecipherable text-message based variant of English called “stupid”. LOLLLLLLLLLLLLLZ.