[WARNING: This list contains graphic descriptions of techniques for killing.] Sometimes, when you are threatened with physical violence, a weapon to defend yourself with is not always available. Your hands, however, are always with you and can be as lethal as any weapon. Below is a list of attacks that will almost certainly result in death. Remember, these techniques should never be used except in a life or death situation for self-defense. 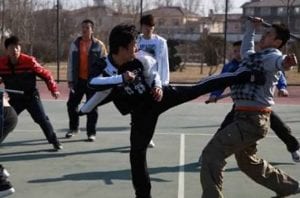 1. TEMPLE – A very susceptible vital spot. If struck with sufficient force, it may cause unconsciousness or death.

2. NASION – This is the summit of the nose. If struck with sufficient force may cause death.

3. PHILTRUM – This is the area between the upper lip and the bottom of the nose. Attack to this area may also cause unconsciousness or death.

4. HOOK TO JAW – A powerful hook punch to the front side of the jaw may snap an enemy’s neck. Fatal.

5. ADAM’S APPLE – A sharp blow here may cause an enemy to asphyxiate. 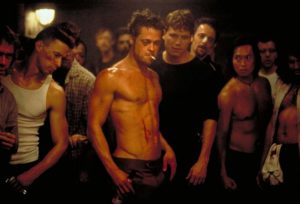 6. SMALL OF BACK – A very strong blow to the small of the back can cause the backbone to break.

7. TESTICLES – The strong, focused pain of a vicious low blow may cause shock, resulting in death.

8. BASE OF CEREBELLUM – A powerful blow to the nape of the neck, causing mortal damage.

9. COCCYX – A powerful blow to the tail bone. Fatal.

10. FULL NELSON – Stand behind the enemy, put your arms under his, and lock your hands behind his head. Bending the neck forward may either break the neck, asphyxiate the enemy, or cut off the supply of spinal fluid to the brain, causing brain damage or death. 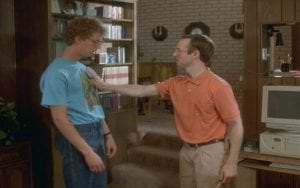 11. HALF NELSON – Again, standing behind an enemy, but one arm is used to pin one of the enemy’s arms.

12. BRAIN BUSTER – Bend enemy over towards you, placing him in a headlock. Grab the back of his belt, and haul him into the air, vertical, upside-down. Allow yourself to fall backward, landing on your enemy’s head, which will absorb your combined weight—most effective on concrete or gravel.

13. RUSSIAN OMELET – Cross enemy’s legs. Fold enemy by pinning his shoulders to the ground upside-down and placing his legs above him. Sit on his legs, folding the bass of the spine. Fatal.

14. HEART PUNCH – A strongman’s attack is simply a powerful blow to the heart. (Many years ago, the wrestler Ox killed an opposing wrestler with this attack.)

15. UPPERCUT – An upward strike to the bottom of the jaw with the heel of the hand, causing the enemy’s head to snap backward. May shatter vertebrae. Fatal. 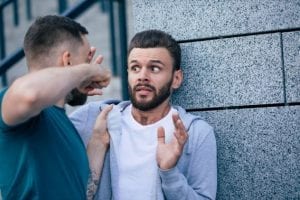 16. ABDOMEN – A substantial blow to this area may rupture a vital organ, causing death.

17. RIB CAGE – A vicious shattering of the rib cage may cause grave internal bleeding.

18. HEAD-TO-WALL PUNCH – A swift, hard, cold-cock punch to an enemy’s face while he is standing near a wall may drive his head into it, causing the back of the skull to shatter fatally.

19. PINNED DROP KICK – Standing behind an enemy, holding his arms straight back. A dropkick to the back without releasing arms may severe spine, causing death.

20. HEAD WRENCH – Grabbing an enemy’s head by the mouth and the back of the skull, then twisting with a sudden, violent jerk to rend vertebrae, may easily cause death. 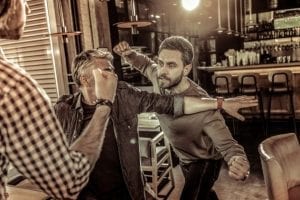 21. CHOKE HOLD – Once a favorite of law enforcement officials, it has often proved deadly. The right arm goes over the enemy’s right shoulder and grips the back of the head. The left arm comes over his left shoulder, reaches across his neck, and grabs his own right forearm. With enough pressure applied, it causes brain damage or death.

23. EARS – Coming up from behind an enemy and cupping the hands in a clapping motion over the victim’s ears can kill him immediately. The vibrations caused by the clapping motion will burst his eardrums and cause internal bleeding in the brain.

24. KIDNEYS – A large nerve that branches off to the spinal cord comes very close to the skin at the kidneys. A direct blow with the knife-edge of your hand can cause death.

25. EYES – Use your fingers in a V-shape and attack in gouging motion. 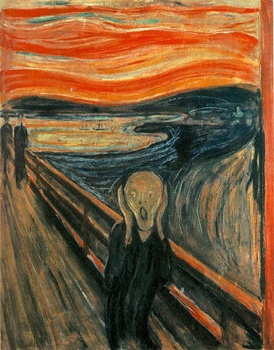 Attacking is a primary factor. A fight was never won by defensive action. Attack with all of your strength. At any point or any situation, some vulnerable point on your enemy’s body will be open for attack. Do this while screaming as screaming has two purposes:

1. To frighten and confuse your enemy, and

2. To allow you to take a deep breath which, in turn, will put more oxygen in your bloodstream. Your balance and balance of your enemy are two important factors; since, if you succeed in making your enemy lose his balance, the chances are nine to one that you can kill him in your next move. The best overall stance is where your feet are spread about shoulders width apart, with your right foot about a foot ahead of the left. Both arms should be bent at the elbows parallel to each other. Stand on the balls of your feet and bend your waist slightly. Similar to a boxer’s crouch. Employing a sudden movement or a scream or yell can throw your enemy off-balance.

There are many more ways to kill and injure an enemy, but these should work best for the average person. This is meant only as information, and I would not recommend that you use this for a simple high school brawl. Use these methods only, in your opinion, if your life is in danger. Any one of these methods could very easily kill or cause permanent damage to someone.

If you are forced to use these techniques, you may also find these two lists helpful: