So, you have found yourself in one of the worst situations imaginable, a street fight. Whether you’re being mugged, or have just said the wrong thing to a tough guy, you need to know what to do to get out of the situation. This is a list of the top 10 self defense techniques. 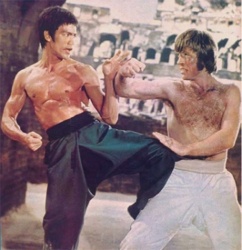 Unless you are in a movie, are Bruce Lee, or have Ring / Cage experience, you shouldn’t try to do anything too amazing, and you should not stop hitting your opponent until your sure he is incapacitated.

9. Your objective is not to win 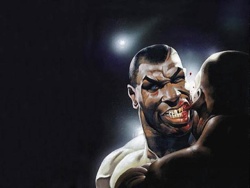 If you hurt your opponent unnecessarily, you can find yourself in court. Also if you stun your opponent somehow (for example, you knock the wind out of him) you don’t need to do anything more – just run. You will find that you are not hurt and you are not getting sued. That’s winning to me. 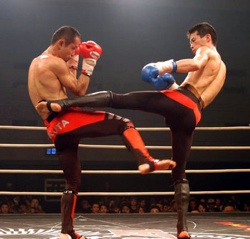 If the person you are fighting has a weapon, just do what he wants. Getting stabbed, shot at, or beaten by five people is not worth the $10 in your wallet and canceling a few credit cards. This also means knowing when you are beaten. There is no way to win every fight, and not admitting defeat will just get you hurt.

Many people get apprehensive when in a fight and either don’t act quick enough or not at all. It’s easier said than done, but if you can keep your composure it will be well worth it. Part of keeping your composure is not being afraid. One easy way to do this is to remember that he’s not the only one fighting and that you can hurt him. For all he knows you could be the local champion fighter of some sort. He’s the one who should be afraid.

I’ve seen a lot of fights where one person will be doing very well, take a few shots and give up all hope of winning. Getting hit isn’t fun, but it’s not the end of the world. Remember this is a fight, not a beat down, and expect your opponent to put up a fight. Take the shot, regain composure, and get back in there! It’s a lot better than standing still and getting hit.

5. This is the street, there are no rules 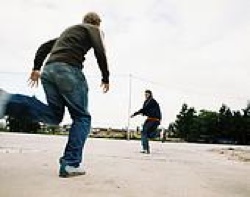 That means pull hair, gouge eyes, pinch, bite, fish hook, and whatever you need to do to get out of this situation. Men, for some reason refuse to strike the groin. Why? In the hopes he won’t? To ensure he doesn’t kick you in the groin first, strike him in the groin and run. Who cares if people make fun of you, you’re not whose hurt. However, I wouldn’t recommend striking the spine, or back of the head as this could maim your opponent, which would land you in court. 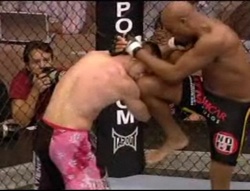 If you allow your attacker to hit you first, you are making a bad situation worse. Now you have to recover from the strike, and work to regain momentum in the fight. Hitting first makes the attacker defend himself, something he won’t be used to doing.

Intro to Brazilian Jiu-Jitsu: Part 2 – The Basics I

Brazilian Jiu-Jitsu will tell you that in any self defense situation close the distance as quickly as possible. If you are too close to him to strike you, then you can’t get hurt. Muay Thai will tell you that the clinch is one of the best places to strike your opponent. From here you can dish out elbows, knees, and some close range punches.

2. Take him to the ground 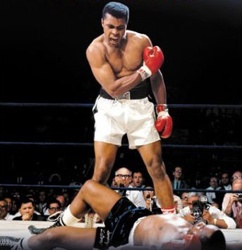 This does not mean try to tackle him from thirty feet away, as you will be treated like a bull fighting in Spain (the bulls never wins). If you close the distance, you may be able to trip, drag, or throw him to the ground. If you’ve ever wrestled, used what you’ve learnt to get a top position. If you get a top position on the ground you can strike your opponent without getting attacked. If you have the knowledge of submissions this will only help you.

1. Keep your hands up 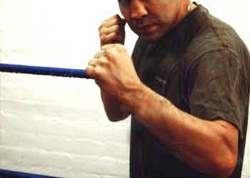 This is something boxing coaches remind their fighters of upon entering the ring, and continue to do so until the end of their career. Most of all strikes will either be blocked or the force lessened if your hands are up. Also, watch the Rocky movie. His hands are down most the time, and he gets hit a lot. Learn from his mistake.

10 Surprisingly Common Ways To Die In Your Sleep