Quite often a person feels the need to lie about something – if you are the person being lied to, there are a few simple tips for catching the liar out. This is a list of the top 15 tips. 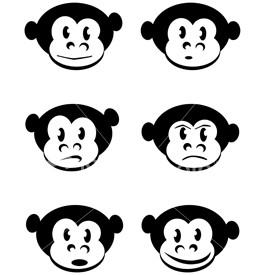 1. Physical expression will be limited and stiff, with few arm and hand movements. Hand, arm and leg movements are toward their own body as the liar tries to take up less space.

2. A person who is lying to you will avoid making eye contact.

3. Hands touching their face, throat & mouth. Touching or scratching the nose or behind their ear. Not likely to touch his chest/heart with an open hand.

4. Timing is off between emotions gestures/expressions and words. Example: Someone says, “I love it!” when receiving a gift and then smiles after making that statement, rather then at the same time the statement is made.

5. Gestures/expressions don’t match the verbal statement, such as frowning when saying “I love you.” 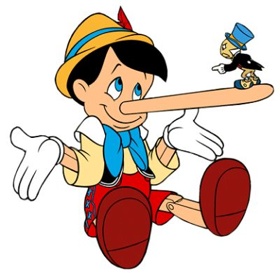 6. Expressions are limited to mouth movements when someone is faking emotions (like happy, surprised, sad, awe, ) instead of the whole face. For example; when someone smiles naturally their whole face is involved: jaw/cheek movement, eyes and forehead push down, etc.

7. A guilty person gets defensive. An innocent person will often go on the offensive.

8. A liar is uncomfortable facing his questioner/accuser and may turn his head or body away.

9. A liar might unconsciously place objects (book, coffee cup, etc.) between themselves and you. 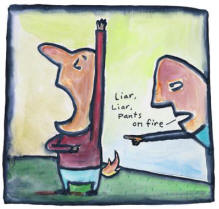 11. A statement with a contraction is more likely to be truthful: “ I didn’t do it” instead of “I did not do it”

12. Liars sometimes avoid “lying” by not making direct statements. They imply answers instead of denying something directly.

13. The guilty person may speak more than natural, adding unnecessary details to convince you… they are not comfortable with silence or pauses in the conversation.

14. A liar may leave out pronouns and speak in a monotonous tone. When a truthful statement is made the pronoun is emphasized as much or more than the rest of the words in a statement.

15. Words may be garbled and spoken softly, and syntax and grammar may be off. In other-words, his sentences will likely be muddled rather than emphasized.