Loud noises occur every day. Wincing at the annoyance of a dog bark, or covering your ears as you pass a construction sight is the standard way to guard against the harsh sounds. The pain threshold for humans is 120-130 Decibels. Any sound above 85 dB can cause hearing loss, and the loss is related both to the power of the sound as well as the length of exposure. Here are 10 sounds produced throughout history and how incredibly loud they are. Just remember, human speech is only registered at about 25-35 decibels. 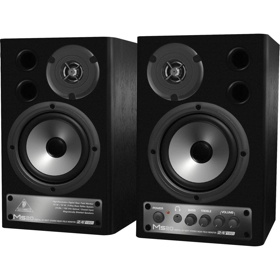 A 400,000 Wat rock concert or a similar set of speakers mounted in a vehicle can reach ear-splitting decibel levels. Is it any reason most promoters recommend you wear ear protection to stave off the 135-145 decibel sound waves? 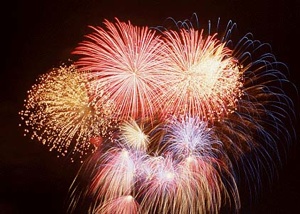 Though not typically heard up close, fireworks are still explosions and are very loud. The sound heard from the sky is pretty loud, though not damaging, but at the bursting point the decibel levels reach a staggering 145-150. Even tests are performed under strict sound proofing to avoid any ear injury. 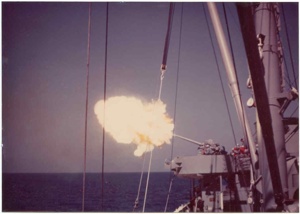 Gunfire for anyone unfortunate enough to be standing near it can be quite damaging to the ears registering at a quite loud 145-155 decibels. This is the very reason why you should always wear ear protection when on a firing range. 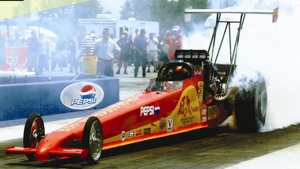 Sitting next to a dragster as it fires up its engines and screams down the raceway can be more than just loud; it can be damaging to your entire body. At the 155-160 Decibel range not only will it severely to permanently damage your hearing, but it also vibrates your vision and makes it temporarily difficult to swallow. That’s why no one stands next to them. 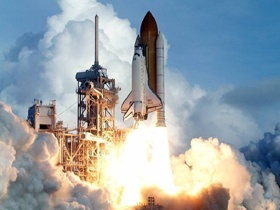 When the rockets fire, it is wise and, in fact, fully enforced, that you stand at least a half-mile away lest you get inundated by 165-170 decibels of painful sound. Unlike many other loud noises, the shuttle rocket sound is constant as it creates the thrust necessary to lift it from the ground. 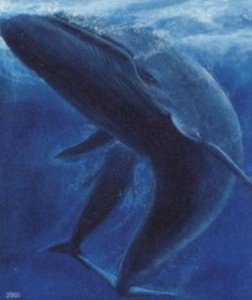 Blue whales mostly emit very loud, highly structured, repetitive low-frequency rumbling sounds that can travel for many miles underwater. These songs may be used for communicating with other blue whales, especially in order to attract and find mates. The call of the blue whale reaches levels up to 188 decibels. This extraordinarily loud whistle can be heard for hundreds of miles underwater. The whale is the loudest, and, the largest animal on earth. 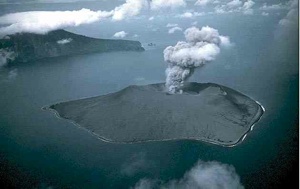 The 1883 the Krakatoa eruption ejected more than 25 cubic kilometres of rock, ash, and pumice and generated the loudest sound historically reported at 180 Decibels: the cataclysmic explosion was distinctly heard as far away as Perth in Australia approx. 1,930 miles (3,110 km), and the island of Rodrigues near Mauritius approx. 3,000 miles (5,000 km). 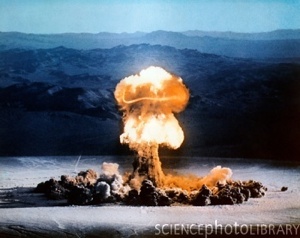 Standing as close as 250 feet away from the impact, the resulting explosion from a 1 ton bomb creates a decibel count of 210. Without sufficient hearing protection, not to mention a complete sound-resistant bunker surrounding you, you could quite literally die from the intense vibrations that would literally shake you apart. Unless, of course, you were under the bomb. 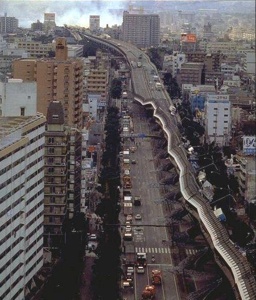 A sufficient enough quake to rend the ground in twain and destroy buildings, whole rock, and human life reaches a decibel level of 235. If you are caught in the epicenter and are unlucky enough to not be above the ground in a plane or helicopter, the intense noise and vibrations could kill you long before death by any falling object. 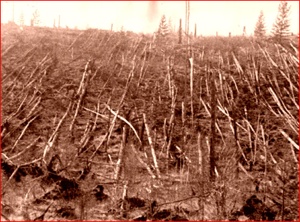 The Tunguska event was a massive explosion that occurred near the Podkamennaya (Under Rock) Tunguska River in what is now Krasnoyarsk Krai of Russia, at 7:40 AM on June 30, 1908. The explosion was most likely caused by the air burst of a large meteoroid or comet fragment at an altitude of 5 to 10 kilometers (3–6 mi) above Earth’s surface. It was measured with the similar impact of a 1000-Mega-ton bomb with a decibel rating 300-315. This is often considered to be the loudest single-event in history. 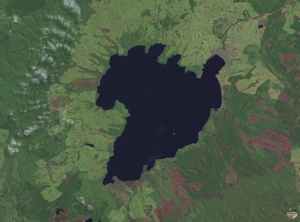 Lake Taupo is a large lake in the middle of the North Island of New Zealand. The lake is the caldera that resulted from a massive volcanic erruption in 180 AD. It is New Zealand’s largest eruption in 20,000 years. It ejected around 120 cubic kilometers of material, of which 30 cubic kilometers were ejected in the space of a few minutes. It is believed that the eruption column was 50 kilometres high, twice as high as the eruption column from Mount St. Helens in 1980. The resulting ash turned the sky red over Rome and China. This eruption was reportedly heard in China. Lake Taupo today, is one of New Zealand’s popular tourist attractions for its beauty and swimming. The fact that the lake is the largest fresh water lake in Australasia, and approximately the same size as Singapore, ensures it is a huge ‘must do’ component to many tourists.