The Decameron is a collection of 100 tales by Italian author Giovanni Boccaccio written between 1350 and 1353. It is a medieval allegorical work best known for its bawdy tales of love, appearing in all its possibilities from the erotic to the tragic. Many notable writers such as Shakespeare and Chaucer are said to have borrowed from it. The tale begins with 7 women and 3 men who move to a country villa to escape the Black Death in Florence. The group stays there for fourteen days and on ten of those days they each tell one tale on a set theme. Each day a different person is King or Queen and they decide what the theme will be. One character Dioneo, who usually tells the tenth tale each day, has the right to tell a tale on any topic he wishes, due to his wit.

This is the first list of many more to come, which will explore books that our readers may not have read. The aim is for us all to increase our literary knowledge. If you would like to suggest books that may be worthwhile including in future lists, tell us in the comments. 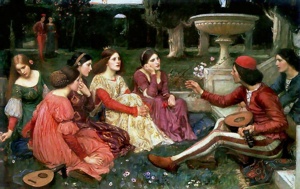 Under the rule of Pampinea, the first day of story telling is open topic. Although there is no assigned theme of the tales this first day, six deal with one person censuring another and four are satires of the Catholic Church. 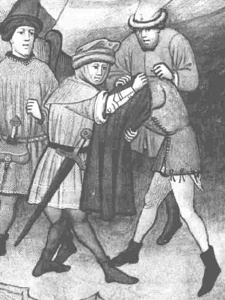 Filomea reigns during the second day and she assigns a topic to each of the storytellers: Misadventures that suddenly end happily. Neifile presides as queen during the third day. In these stories a person either has painfully acquired something or has lost it and then regained it. 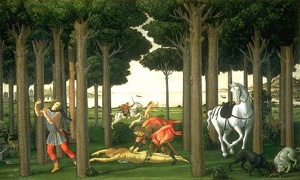 Boccaccio begins this day with a defense of his work as it is thus far completed. Although he says that portions of the earlier days were circulating among the literate citizens of Tuscany while the work was in progress, this is doubtful. Instead, Boccaccio is probably just shooting down potential detractors. Filostrato reigns during the fourth day, in which the storytellers tell tales of lovers whose relationship ends in disaster. This is the first day a male storyteller reigns. 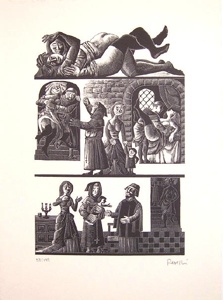 During the fifth day Fiammetta sets the theme of tales where lovers pass through disasters before having their love end in good fortune. 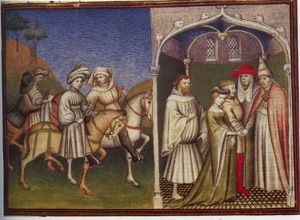 During the sixth day of storytelling, Elissa is queen of the brigata and chooses for the theme stories in which a character avoids attack or embarrassment through a clever remark. Many stories in the sixth day do not have previous versions. Boccaccio may have invented many of them himself. He certainly was clever enough to have created the situations and the retorts. 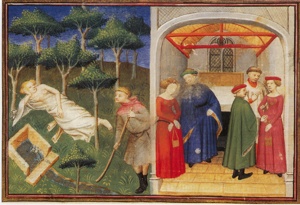 During the seventh day Dioneo serves as king of the brigata and sets the theme for the stories: tales in which wives play tricks on their husbands. Stories of this type are typical of the misogynistic sentiment of the Medieval era. However, in many of the stories the wives are portrayed as more intelligent and clever than their husbands. Though Boccaccio portrays many of the women of these stories in a positive light, most of the men in the stories are stereotypical medieval/Renaissance cuckolds. 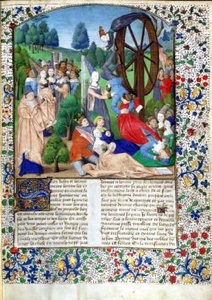 Lauretta reigns during the eighth day of storytelling. During this day the members of the group tell stories of tricks women play on men or that men play on women. 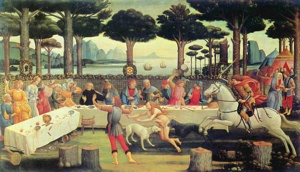 Emilia is queen of the brigata for the ninth day. For the second time there is no prescribed theme for the stories of the day (the only other time was during the first day). 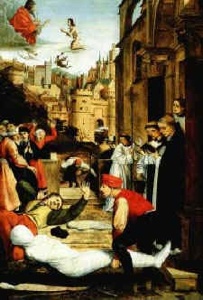 Panfilo is the king of the last day of storytelling and he orders the company to tell stories about deeds of munificence. These tales seem to escalate in their degrees of munificence until the end, where the day (and the entire Decameron) reaches an apex in the story of patient Griselda.