When I was recently looking to buy a new camera, I stumbled upon a brilliant website (dpreview.com) which reviews and rates all of the latest cameras. Thanks to their advice I picked up a nice Canon EOS 30D and am very happy with it. As Christmas is coming up, many of you will be wanting to buy – or receive – digital cameras. This is a list of the cameras that came out with the highest scores on dpreview. The types and price vary so there is something here for everyone. Once you have picked the camera you want, check out the Top 10 Tips for Better Photos. 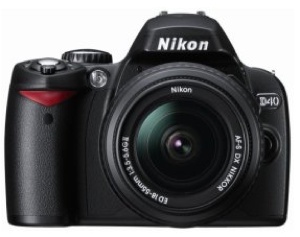 The Nikon D40 is an all new affordable, compact, point-and-shoot digital SLR from Nikon, it follows on from the D50 but at a significantly lower price point and with a subtly different feature set. The biggest news however is probably fact that Nikon resisted the temptation to keep chasing megapixels (hooray for that) and instead appear to have concentrated on what makes a good camera, a decent viewfinder, short shutter lag, very short viewfinder blackout. They’ve trimmed some of the ‘less important features’ (you can’t change the exposure steps for example) but have squeezed a range of new features such as custom Auto ISO which we welcomed with the D80. 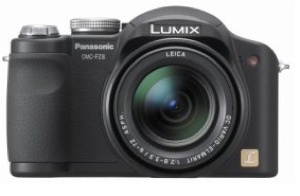 Almost exactly a year after the introduction of the DMC-FZ7, Panasonic’s popular compact super-zoom camera, comes its replacement; the Lumix DMC-FZ8. Where the FZ7 was a fairly major upgrade to the camera that came before it (the FZ5), the FZ8 is, perhaps inevitably, more evolutionary. The body design and operation is almost identical – no bad thing, given the huge improvements made over the FZ5 – and the only really big news is the inclusion of Raw shooting and a much better electronic viewfinder. More controversially the new model squeezes even more pixels onto a 1/2.5-inch sensor, and uses the latest Venus III processor, which has had – to put it kindly – a mixed reception from reviewers and users alike. We are assured by Panasonic that the Venus III has been tweaked for the new Lumix generation (based, perhaps, on the less than stellar reviews and comments), and that the noise reduction system and sensor in this camera are delivering significantly better output. 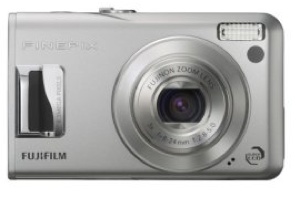 In the fast-moving, ‘bigger better faster’ world of the digital compact the Fujifilm FinePix F31 will be one of the rare few that are remembered after they have gone (the nearest this throwaway business gets to a ‘classic’). The reason this unassuming, blocky little camera stands out from the scores of other cameras launched last year – and why it has a mantelpiece covered in industry awards – is simple; image quality, or more specifically, high ISO performance. The F31’s low light capabilities come from a combination of clever technology (Super CCD and Real Photo Processor) and a ‘swimming against the tide’ attitude to specification, which means a bigger sensor with fewer pixels. The F31 also, against all the odds, actually sold pretty well, going against the conventional wisdom that consumers buy on pixel counts alone. Although it has its share of faults the F31 became the benchmark by which all compact cameras in the 6-8 megapixel sector were judged. The excellent battery life and high speed performance certainly helped too. 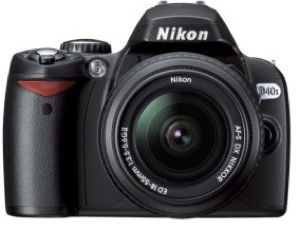 The Nikon D40 was announced just under four months ago, and yet here we are with a new version of that camera. The D40X has the same compact lightweight body and easy to use control layout, in fact the only external physical difference is the badge. Under the bonnet Nikon has swapped out the D40’s six megapixel CCD for a ten megapixel unit, this also provides a lower base sensitivity of ISO 100 and must utilize dual readout because continuous shooting frame rate has gone up from 2.5 fps to 3.0 fps. Based on the specs and features this camera is clearly aiming to knock the EOS 400D (Digital Rebel XTi) off its pedestal. 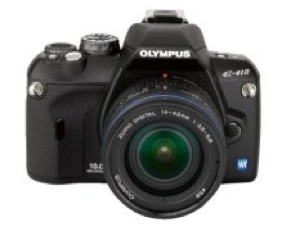 The Olympus E-400 was announced on the 14th September 2006, just before the Photokina show in Cologne, Germany. At the time there was much excitement about this compact and lightweight camera however this turned to disappointment for many of our readers when we discovered the camera would not be available in North America. Fast forward six months and we have the solution, the new E-410, gone is the Kodak CCD replaced with a (Matsushita) Live MOS Image Sensor which can provide Full Time Live-View on the LCD monitor, an updated image processor and a few other added features. So finally an affordable, compact, lightweight 4/3 digital SLR for everyone, including those who live in North America. 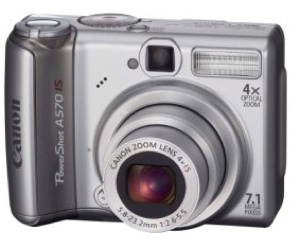 Over the years Canon’s A series of budget priced compact cameras has grown to a considerable line-up of now nine models, developing along the way from simple ‘point and shoot’ entry-level models into fully featured enthusiast models for the photographer wanting a decent level of photographic control at an affordable price. Back in February Canon announced another addition to the range in the shape of the Powershot A560 and A570 IS – twin replacements for the A540 (and the latest in a succession of models going back to the A75). The cameras are almost identical, with the A570 IS sporting optical image stabilization as an extra (the A570 IS is actually the lowest priced A series camera with this feature). 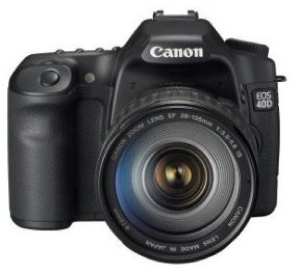 The EOS 40D becomes the sixth Canon ‘prosumer’ digital SLR, a line which started back in 2000 with the EOS D30, and how far we’ve come. It’s been eighteen months since the EOS 30D and although on the surface the 40D looks like a fairly subtle upgrade there’s a lot that makes this an even better camera. Of course we expect a step up in megapixels, and so the 40D comes with a ten million pixel CMOS sensor with the same sort of dust reduction as the EOS 400D, an ultrasonic platform which shakes the low pass filter. Other improvements bring the EOS 40D closer into line with the EOS-1D series, these include a move to the same page-by-page menu system, both RAW and sRAW (2.5 MP), 14-bit A/D converter and 14-bit RAW, cross-type AF points for F5.6 or faster lenses, a larger and brighter viewfinder, interchangeable focusing screens, a larger LCD monitor (3.0″) and faster continuous shooting (6.5 fps). 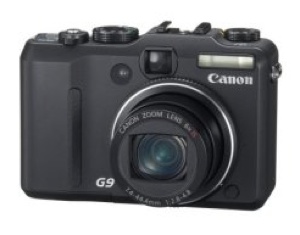 Until the arrival of the G7 last September the majority of observers had written off Canon’s ‘prosumer’ G range, presuming that the arrival of affordable digital SLRs had effectively killed the market for high-end compacts such as this. Barely a year later the G7 has been replaced by the G9, a relatively minor update that increases the pixel count from 10MP to 12MP and the screen size from 2.5 to 3.0 inches and – more importantly given the outcry caused by its omission from the G7 – the return of raw shooting capabilities. Other minor tweaks include a better grip and the addition of wireless flash capabilities. Everything else; the 6x stabilized zoom, flash hot shoe, classic all-metal design and solid build, expansive feature set and extensive manual control system is carried over from the G7. 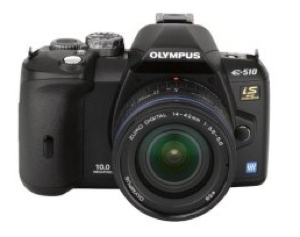 Just before PMA in March 2007 Olympus lifted the curtain on two new Four-Thirds system compact digital SLRs, the E-410 and this model, the E-510 (which is essentially a replacement for the well regarded E-500). Although the E-510 has much in common with its little brother, including an all-new (Matsushita) Live MOS Image Sensor that can provide Full Time Live-View on the LCD monitor and an updated TruePic image processor, it is a considerably more sophisticated tool with some important extra features. Key amongst these is a sensor-shift image stabilization system and more sophisticated external controls, though are also numerous minor feature differences too. 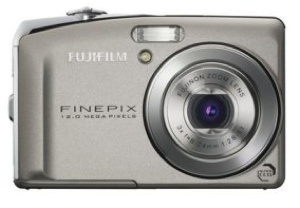 As the replacement for the Fujifilm F30/F31fd, a camera that has reached an almost legendary status since its launch back in 2006, the Fujifilm F50fd has some big shoes to fill. If anything deserves to be called a ‘classic’ camera in the shortlived world of digital compact cameras it would have to be the Fujifilm F30/F31fd. It wasn’t very pretty, it wasn’t very feature packed and it wasn’t even very cheap. But the F30/F31fd produced some of the best results we’ve ever seen in a compact camera, and was leaps and bounds ahead of all its competitors when it came to low light / high ISO performance, proving that just because a camera has a small sensor it doesn’t have to be completely useless at anything over ISO 400. The F30/F31fd’s outstanding performance in low light was the result of some clever technology (Super CCD sensor and Real Photo Processor) on the one hand and Fujifilm’s admirable refusal to succumb to the pressure to compete in the ‘megapixel race’. In an almost unique attempt to optimize image quality (rather than marketing potential) they limited the F30/F31fd’s resolution to 6 megapixels, on a sensor that is slightly bigger than the competition’s.

These reviews are courtesy of DPReview.com. If none of these cameras suit you, you can also search Amazon to find a better fit.