The visage of the Jolly Red-Suited man has been around for a long time, and many, many different versions for almost as long. Few icons have represented the Holiday of Christmas quite like the happy-go-lucky Santa Claus (aside, of course, from Jesus, himself) and few have had the impact that the droll elf has had. Over the years, many films and TV specials have been made featuring St. Nick, each portrayed in its own different way. Here are ten of the finest examples of how cool Santa can be. 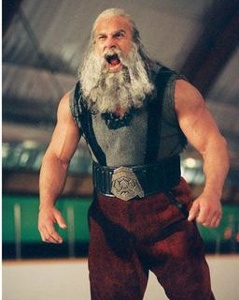 Bill Goldberg plays the devil’s son, who lost a wager with a angel and was forced to spend 1000 years playing Santa. Now the wager of that time has run out, and Mr. Santa isn’t so joyful anymore. He makes up for lost time and starts to kill people. And really, how incredibly cool does WWE Wrestler Goldberg look as the holiday elf? BAD ASS. 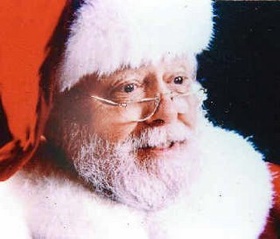 Six-year-old Susan has doubts about childhood’s most enduring miracle – Santa Claus. Her mother told her the “secret” about Santa a long time ago, so Susan doesn’t expect to receive the most important gifts on her Christmas list. But after meeting a special department store Santa (who is convinced he’s the real thing) Susan is given the most precious gift of all – something to believe in. Sure, it’s a remake, and for the most part those really suck, but just look at the guy! Now THAT is a Santa! 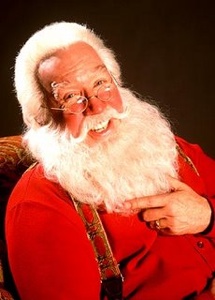 Scott Calvin (Allen) reads The Night Before Christmas…then receives an unexpected visitor on his roof. When he’s startled by Scott’s calling out and falls, the Santa impersonator disappears, leaving only an 8-reindeer sleigh and a suit with instructions to put it on if it’s owner is involved in an accident. Scott does, and is transported around the town dropping gifts through chimneys, until he’s taken to the North Pole and informed by a group who claim they’re elves that he is now Santa. For actually being a relatively thin fellow, Allen looks surprisingly convincing as Father Christmas. 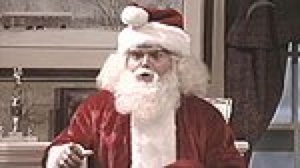 In a hilarious Debbie Downer sketch, Rachel Dratch, in her most sob-storied, rotten-lived best, portrays Downer on Christmas morning. Jack Black as Santa (wonderfully done, by the way) attempts to get past Debbie’s neuroses by asking repeatedly what she really wants for Christmas, only to be blocked at every corner by her constant hypochondriacal issues. 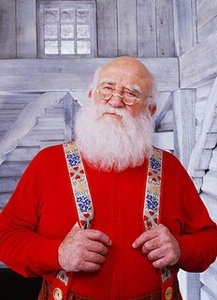 Though Will Farrell steals the movie as Buddy, the elf, Ed Asner does a fine job as the portly man in red. He arrives only at the end, in a ruined sleigh, to explain to Buddy that the Christmas spirit is going to need to be refurbished in the city in order for him to fly again. He looks really cool as Santa, too, especially considering he’s kind of a grumpy ass. 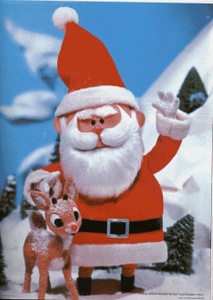 At first, Santa is a skinny jerk who croons madly about being the King of Jingle-Ling to Rudolph’s family, just moments after telling Donder that his son is a shiny-nosed freak. He let’s the father deer know, in no uncertain terms, that he is a failure of a father for producing such an abomination of an offspring. Well, as it goes, old Saint Nick eats his shitty words as he requires Rudolph’s assistance to guide his fogged-in sleigh. Take that, fatty! 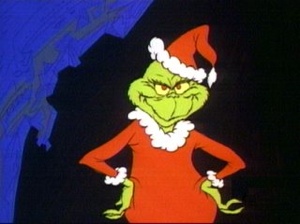 When the Grinch, annual loather of the poor little Whos down in Who-ville, decides to finally take matters into his own hands by raping the town of its Christmas celebration, he chooses to do so dressed as ‘Santy Claus’. By slicing up a curtain and attaching some white fluff, the Grinch looks really nothing like Santa to the human eye, but to Cindy Lou Who, he apparently does. Nice suit though. 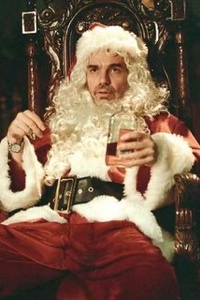 As the most obnoxious of all Mall Santas, Billy Bob, with his lanky and bony build, really looks nothing like the Jolly Fat Man. He’s drunk, rude, mouthy and a thief, but he is as cool as it comes when it comes to what matters: women and good old-fashioned Holiday Cheer. 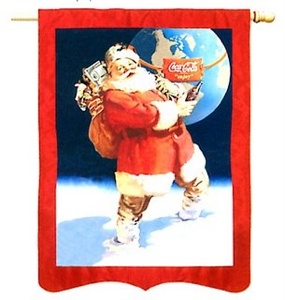 This is it: the one and only. The popularity of the Santa Claus as we know him comes from an ad campaign from the Coca Cola Corporation in which the well established Victorian English image of Father Christmas was spread worldwide.