Whether we are preoccupied, our possessions are stolen, or simply by unforeseen circumstances, everyone eventually loses something belonging to them. When that item holds much value – sentimental or otherwise – it tends to hurt a little more when it is lost, but then the joys of reconnecting are all that much sweeter. Here are ten stories in which a little bit of luck, and possibly a lot of good Samaritan acts, can sometimes restore what was once lost. 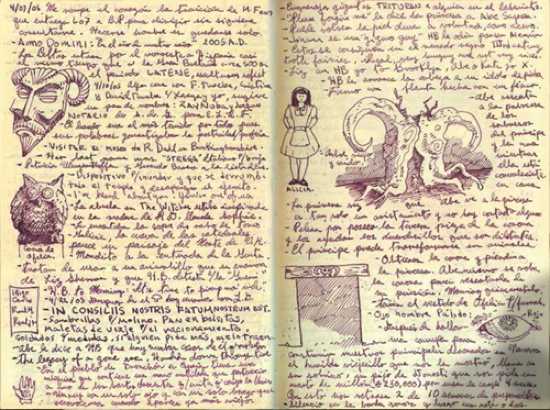 Guillermo Del Toro’s story is perhaps the most famous lost and found story in this list. Among his most prized possessions is a leather-bound journal that he carries with him at all times. It is where he sketches and writes down his ideas for future films. In this particular notebook was four years worth of ruminations that would eventually become El Labyrinth del Fauno (Pan’s Labyrinth). The movie almost never came to be, as Del Toro had exited a London cab one night and neglected to take his notebook with him. The cabbie found the notebook, as well as a scrap of paper with a hotel logo on it. Recognizing the logo, the cabbie returned the book and Del Toro was so excited with its return that he gave the cabbie a $900 reward. 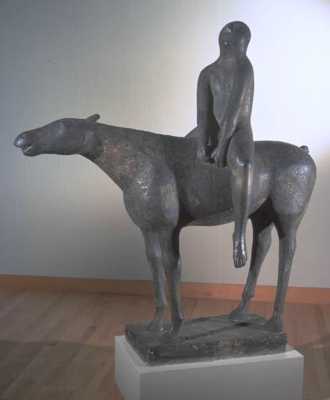 Fallingwater is an American architectural and artistic icon in its own right, but it also houses the Kaufmann’s impressive art collection. In 1956, a flood at the creek Bear Run had washed away many of the Kaufmann’s outdoor sculpture collection. Much of the collection was salvaged, but all that could be found of Marino Marini’s The Horseman was a small portion of the right hindquarter. In 2009, Fallingwater tour guide Seth Weible was exploring the area during his free time and spotted an odd shape sticking out of the stream nearly a mile from Fallingwater. With permission from the Pennsylvania conservation organization, Weible excavated the site and found the rest of The Horseman’s right hindquarter. The right hindquarter is still all that remains of the original sculpture but there are two casts of The Horseman currently in two different art galleries. 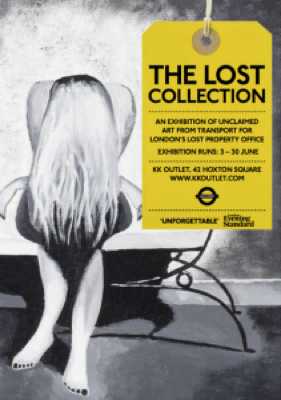 Richard Walker, creative director of London’s KK Outlet Gallery, had an idea for a unique art exhibit. He wandered through the three-story building that is the lost & found of the London Transport to create an exhibit of items left behind on the Underground, London’s subway. Surprisingly, there was a lot of art to choose from. There were literally shelves and shelves of art portfolios, finished drawings and paintings within the lost and found. The exhibit was earlier this summer and, although it closed at the end of June, three lost artworks managed to be reunited with their artists. Among those reunited was a portrait of a young boy. The owner of the piece was the artist who painted it and the subject was his younger brother. The artist carried the piece from gallery to gallery trying to find one willing to exhibit his work. His bad day turned worse when, not only did he fail to get an exhibit, but he also forgot the painting on the subway. The story does have a happy ending as he did find his painting again in this exhibit of all places. 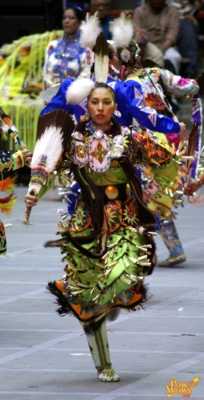 A jingle dress is a ceremonial garb of the Métis people (one of the Aboriginal tribes of Canada). These dresses are made for each specific girl after they have a dream of what it is supposed to look like. When Ceilidh Evans was seven years old, she dreamt of a hot pink dress with rainbow ribbons and copper cones that jingle when she dances in ceremonies (hence “Jingle Dress”) and her mother recreated that image into a real dress. The dress was passed to various family members and eventually stored in a closet. At least, that was what the family thought had happened. Sometime in the past, the dress was accidentally sold at a yard sale and the family thought that their heirloom was lost. Evans’s mom, however, asked her friends for help to find it and and they asked other friends and acquaintances for help to search for it, as well. Through email forwards and posts in online circulations, a woman recognized the dress as one her parents bought for their granddaughter years ago. They mailed the heirloom dress back to the family.

More details can be found in this article. 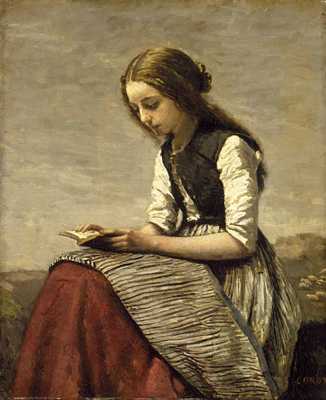 Franklin Puentes is the humble New York doorman of 995 Fifth Avenue, near 81st Street. One day, he found a painting of a little girl wedged in the bushes near the building. Thinking it belonged to one of the rich tenants of his building, Puentes kept it in his locker for days trying to find its rightful owner. When it wasn’t claimed, he figured it was probably something that had been thrown out so he brought it home. A few friends mentioned that the painting might be worth something so Puentes went to the internet to find out more about his mystery portrait. That was how he found out that he was in possession of the missing Portrait of a Girl, by the famous artist Jean-Baptiste Camille Corot, worth $1.3 million. A drunk courier was taking the painting to a prospective buyer at The Mark hotel, but lost it on the way back to the gallery. The lost work and ensuing legal mess it caused – from lawsuits to federal criminal charges – made it easy for Puentes to find information online. He turned in the painting to the cops, who handed the painting to the FBI because one of its owners was being investigated for wire and mail fraud. 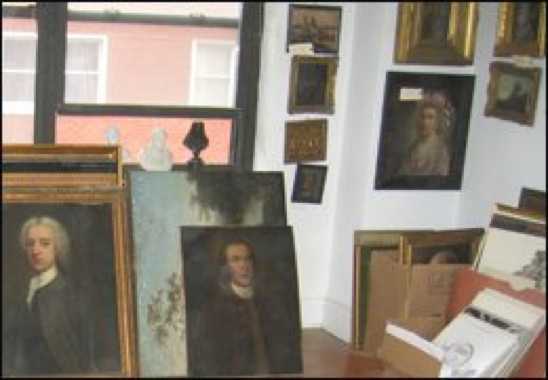 William Kingsland is a bit of a mystery. He was a well-respected member of Manhattan’s artistic community. By the comments left on his on-line obituary, he was well-liked by all who personally knew him. However, no one knew much about his personal life, aside from his intellectual pursuits and his dabblings in art collecting. In 2006, Kingsland passed away and since he left no heirs, his estate was left to the state of New York, who began arrangements to auction off his rumored art collection. It is then that Kingsland’s secret life came to light. William Kingsland left no heirs or family members to pass on his belongings because it was not his real name. He was born Melvyn Kohn, from the Bronx. He didn’t officially change his name, but did adopt the name William Kingsland and assumed a life as an art collector to fit in with New York’s upper society. Before auctioning his art, the city officials went to his one-bedroom apartment to catalog the collection and found many stacks of priceless artworks several feet high. There were paintings, drawings and sketches by renowned artists like Picasso, Toulouse-Loutrec, Copley and many more. They also found that many of those pieces were illegally obtained, although it is unclear if Kingsland was involved in stealing the works or had unknowingly purchased them from disreputable sellers. Many works have been reunited with their rightful owners but, due to Kingsland’s extensive collection of illegal artworks – over 300 works in total – the FBI is still in the process of finding some original owners. 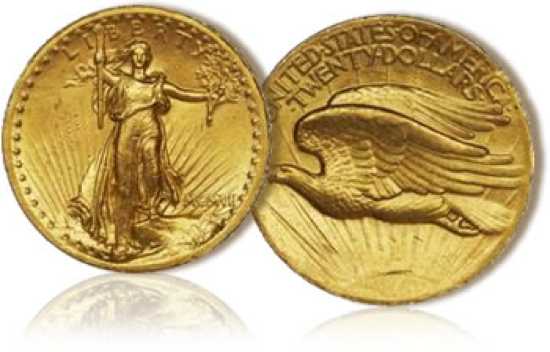 In 1907, President Teddy Roosevelt presented a gold coin to President Manuel Amador Guerroro, Panama’s first president. The coin is the Saint Gaudens Double Eagle High-Relief, that was originally worth $20 but its collector’s value skyrocketed, due to limited supply. The design was too intricate to mass-produce, so only 12,000 were made. Nowadays, one of these coins can be worth between $50,000 to $90,000. This particular coin held much more sentimental value as it became an heirloom, passing from family member to family member for 90 years. After a house robbery in 1997, Tere Claiborne put the coin in a safety deposit box so the family would never lose it. Unfortunately, Claiborne lost the paperwork for the safety deposit box and never mentioned owning one. When she passed away and nobody claimed the box, its contents were sent to the state’s Capitol Vault. Claiborne’s daughter, Phyllis Childer, remembered occasionally being able to see and hold the heirloom coin as a child. When the family couldn’t find it in Claiborne’s belongings, Childer searched for the heirloom. She found out about the safety deposit box, the coin’s travels to the state vault and after many piles of paperwork to prove it belonged to her family, she was given back the coin that had been in the family for nearly a century. 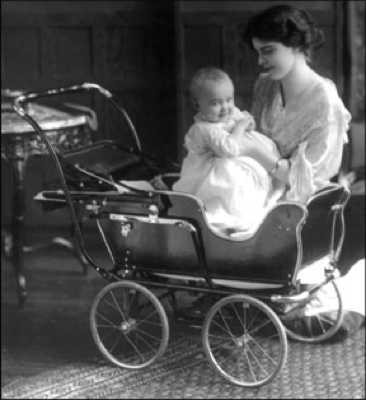 DeadFred.com is a free genealogy photo archive service in which users can upload an old photograph in hopes of reuniting it with its family. That is how Mae Sadler came to be in possession of a photograph of her, then-five-week-old, mother, eighty-five years after the photo was taken. The photograph was found at a flea market and posted on the site by another DeadFred user. When photos are uploaded, the user can supply as much information as they can and it just happened that Sadler’s mother’s name was on the back of the photo. When performing a surname search, Sadler stumbled upon the online image. Since she is a direct descendant, the DeadFred company organized to have her reunited with the original photograph. 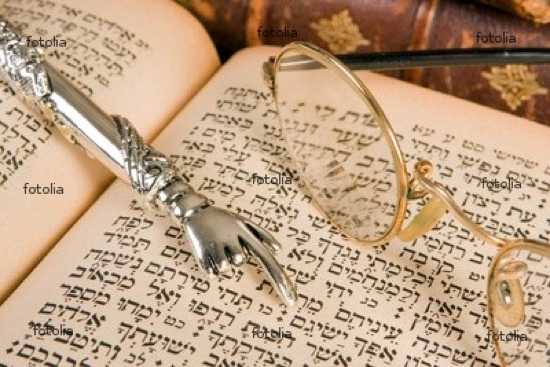 In 1942, Ted Mogil was given a military-issued prayer book just prior to being shipped out to the South Pacific. As the only Jew in his regiment, he grew especially attached to the prayer book as the only tangible ties to his Jewish heritage while he fought in World War II. He said he always kept it in the left breast pocket of his shirt, every single day overseas. After the war, Mogil married his childhood sweetheart and they left their Nebraskan hometown. Sixty-seven years later, a twelve-year-old Nebraskan boy named Will Beach browsed through a used book sale at his temple and found an old, but well-kept, army-issued prayer book with Mogil’s name inscribed inside the book cover. Using the money he saved from mowing lawns, Beach bought the book and after searching on the internet, eventually found and returned the book to Mogil, who by that time was living in Washington, halfway across the country. 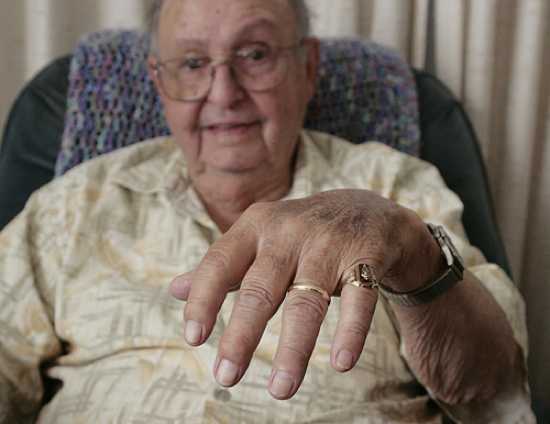 In 1938, an 18-year-old Jesse Mattos had lost his high school class ring when he accidentally flushed it down the toilet at work. At the age of 90, Mattos once again proudly wears his ring. While on the job, city worker Tony Congi found the ring and recognized the crest as the same high school from which he had graduated. Based on the few clues the ring provided, notably the graduation year 1938 and the initials JTM etched inside the band, Congi set about to hunt down the owner of the ring. After tracking down a 1938 yearbook, he determined that the only name to match the initials was Jesse T. Mattos. Congi also found a member of the 1938 graduating class still living in the area. As luck would have it, the man Congi found was Matto’s best friend, who helped Congi in the last steps to reuniting ring with its owner after seventy-two years apart.