With the New Year having arrived, people have started thinking about resolutions and weight loss is one of the most common. These are some popular diet pills, which (supposedly) provide easy, fast, and guaranteed weight loss. If you are interested in chemical free approaches to weight loss, check out the Top 10 Natural Weightloss Aids. 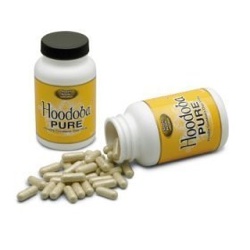 Hoodia Gordonii is marketed as an appetite suppressant. It is supposed to simply make the user “not hungry.” In theory, if you had enough Hoodia in your system you could go for days without eating. There is no published scientific evidence that Hoodia works as an appetite suppressant in humans. The safety and/or effectiveness of Hoodia Gordonii as a dietary supplement must thus be considered as unsubstantiated. 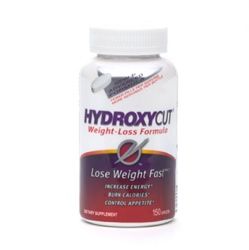 Hydroxycut is marketed as a metabolism booster and appetite suppressant. Early on, Hydroxycut was extremely popular due to ephedra in the product. Since the ban of ephedra in the U.S. the popularity of Hydroxycut has dropped dramatically. Though still claiming to be “clinically proven” to be a “fat Burner” there is no actual clinical study to support this fact. 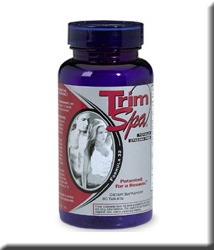 TrimSpa is marketed as an appetite suppressant. TrimSpa formerly contained ephedra until that ingredient was banned in the U.S. The new TrimSpa formula X32 contains no ephedra. Its active ingredient is Hoodia gordonii, along with the stimulants caffeine and theobromine. Interestingly enough, TrimSpa’s spokesperson, Anna Nicole Smith, died with much controversy as to the cause. 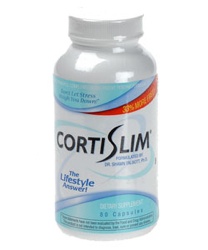 Cortislim and Relacore are not actually marked as “weight loss pills.” The main thing these dietary supplements do is reduce “cortisol,” often referred to as the “stress hormone.” The theory behind Cortislim and Relacore is that stress creates “belly fat” and by reducing stress you can reduce fat. To achieve this stress reduction the pills claim to reduce cortisol levels. 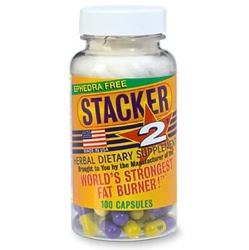 Stacker 2 is unique on this list in that it is marketed solely as a metabolism booster. The original Stacker 2 was based on the common stack known to many athletes and body builders of Aspirin (white willow bark), ephedrine (ma huang), and caffeine. These three components together create thermogenesis in the body, which speeds up metabolism and therefore burns calories at a higher rate. Since the ban of ephedra Stacker 2 has added other stimulant ingredients as substitutes. 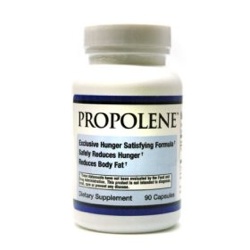 Of all the items on the list, Propolene is perhaps the most credible. The main active ingredient in Propolene is glucomannan, a water-soluble polysaccharide composing 40% by dry weight of the roots or corm of the konjac plant. In a nutshell, it absorbs water to form a gel-like mass. This makes you feel full without actually eating. In obese patients, taking 1 gram of glucomannan with 8 ounces of water 1 hour before each of 3 meals daily over 8 weeks resulted in an average weight loss of 5.5 pounds. This product also boasts a clinical study published on a government website. 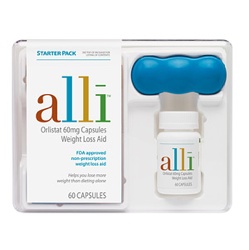 Alli started out as the prescription drug Xenical. It is marketed as a fat burner though this is not precisely what it does. Its primary function is preventing the absorption of fats from the human diet, thereby reducing caloric intake. It also comes with a reduced calorie, low-fat diet. The major drawback of this pill is the “treatment effects.” Basically, if you don’t follow the diet, all that excess fat comes out the other end; uncontrollably. It’s suggested that you wear dark pants when first starting out and don’t go anywhere public for a couple days. It should also be noted that Alli is the only product, which is FDA, approved as a weight loss product, though the FDA regulates all dietary supplements. 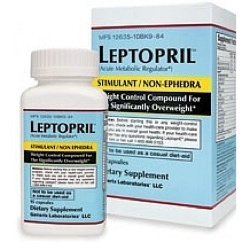 Leptoprin is marketed specifically towards people who are “significantly overweight.” Leptopril is the exact same formula and is marketed by the same company as a generic. Although much the same as many diet pills, it is most known for costing a whopping $153 per month. Originally, the product was called Anorex and the formula was based on the ECA Stack (see number 6 on this list), with an almost identical ingredients list. After the ban of ephedra, the name was changed to Leptoprin and the formula was changed (still containing almost exactly the same ingredients as Stacker 2). Then in 2007, the formula was changed once more as the parent company of “A. G. Waterhouse” and “Generix Labs” discontinued a failing product known as “Formula 9.” The current formula of Leptoprin/Leptopril is the same as Formula 9. As a fun side fact, a short while after the new formula went into effect you could actually get Leptoprin/Leptopril with “Formula 9” stamped on the capsules. 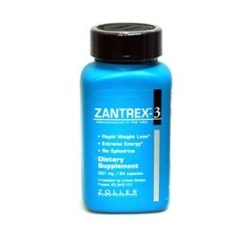 Zantrex-3 is marketed toward people under 30 as an energy boosting, fat burning diet pill. The ingredients of Zantrex contain about three types of caffeine with a whopping estimated total of 300 mg per serving. That’s about the equivalent of 3-4 cups of coffee. This is the cause of the majority of the side effects associated with Zantrex. It’s effectiveness as a diet pill though comes into question due to the company’s official stance that Zantrex-3 is designed specifically for people who only want to lose 5-10 lbs. As a fun side fact, Dustin Diamond claimed to have used Zantrex-3 and lost 13 lbs. in 2 weeks, while he was on the VH1 television show “Celebrity Fit Club.” 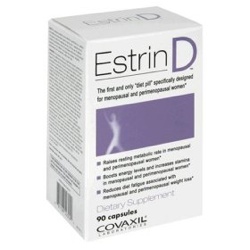 Estrin-D is marketed as the first diet pill designed specifically for premenopausal and menopausal women. Akavar 20/50 is marketed as “the fastest, easiest weight loss ever” and also boasts the claim “eat all you want and still loose weight.” You might be wondering why they are in the same listing. Well, get this; they are the exact same product. That’s right. They both contain the exact same list of ingredients save one. It should be noted that when Akavar was released in March 2007 it contained exactly the same ingredients as Estrin-D. However, due to a phenomenal marketing campaign the company soon sold out of Akavar containing DHEA (the differing ingredient). Thus, by the beginning of May 2007 Akavar was being manufactured without DHEA and is therefore technically different from Estrin-D. The product claims to work through “automatic calorie restriction” aka you feel full faster. The company will also claim that preliminary studies show an affect on ghrelin, the “hunger hormone.”

Honorable Mention: These products didn’t make the list due to the fact they are not pills. L. A. Weight Loss, Nutrisystem, Enviga Tea.

Afterword: Neither the contributor nor the List Universe endorse any of these products and would suggest that if you decide to try any of them do so only after checking the guarantee and under medical supervision. In the world of miracle pills, take nothing at face value. I feel that I should also mention that Relacore, the same company makes all Leptoprin/Leptopril/Formula 9, Zantrex-3, and Estrin-D/Akavar 20/50.