The world is inundated with the most prolific beauties of nature ever witnessed. Nearly everywhere there are inhabitants, an amazing piece of Earth’s wonder is never too far away. From huge forests to enormous collections of marine life, our planet shares its natural glory with us in some of the most astounding areas imaginable. Here are 15: 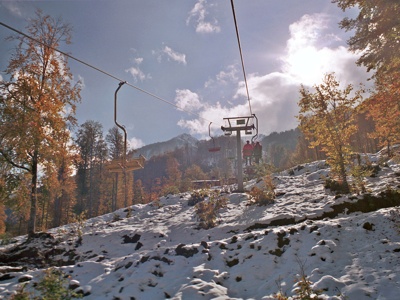 The Sikhote Alin mountain range contains one the richest and most unusual temperate forests of the world. It is a mixing zone between taiga (an area characterized by coniferous forests) and the subtropics where southern species such as the tiger and Himalayan bear cohabit with northern species such as brown bear and lynx. The site runs form the peaks of the Sikote Alin to the Sea of Japan and is important for the survival of many endangered species such as the Amur tiger. 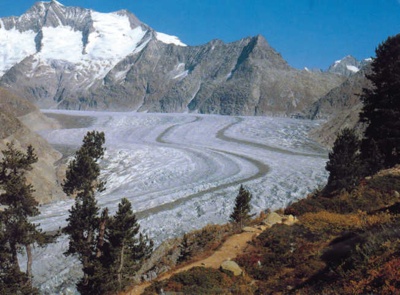 One of the most glaciated areas in the Alps, the site includes Europe’s largest glacier and a range of classic features resulting from glacial activity such as U-shaped valleys, cirques (an amphitheatre-like valley), horn peaks and moraines (any glacially formed accumulation of unconsolidated debris). It provides an outstanding geological record of the uplift and compression that formed the High Alps. The diversity of Alpine wildlife is represented in a range of alpine and sub-alpine habitats, and plant colonization in the wake of retreating glaciers provides an outstanding example of plant succession. The impressive vista of the North Wall of the High Alps, centred on the mountains of Eiger, Monch and Jungfrau, has played an important role in European literature and art. 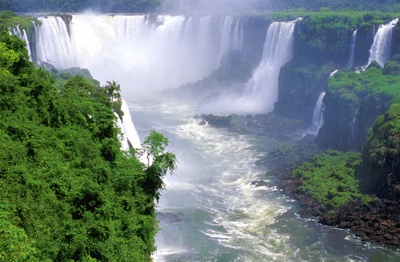 The two sites included in the designation contain flora and fauna and key habitats that characterize the Cerrado – one of the world’s oldest and most diverse tropical ecosystems. For millennia, the sites have acted as refuges for species during periods of climate change and will be vital for maintaining Cerrado biodiversity during future climate fluctuations. 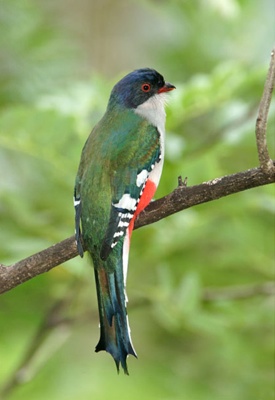 Complex geology and varied topography have led to a diversity of ecosystems and species unmatched in the insular Caribbean and created one of the most biologically diverse tropical island sites on earth. Many of the underlying rocks are toxic to plants and so species must adapt in order to survive in these hostile environments. This unique process of evolution has resulted in the development of many new species and the park is one of the most important sites in the Western Hemisphere for the conservation of endemic (characteristic of) flora. Endemism of vertebrates and invertebrates is also very high. 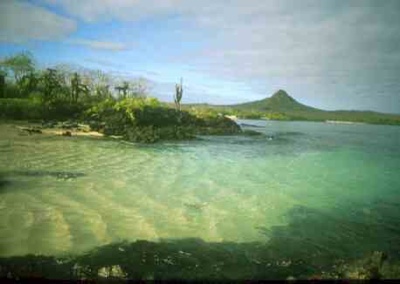 Situated in the Pacific Ocean some 1,000km from the South American continent, the19 islands of the Galápagos have been called a unique ‘living museum and showcase of evolution’. Ongoing volcanic activity reflects the processes that formed the islands. Located at the confluence of three oceanic currents, the Galápagos is a “melting pot” of marine species. These processes, along with the isolation of the islands, led to the development of unusual animal life – such as the land iguana, the giant tortoise and the many types of finches – which inspired Charles Darwin’s theory of evolution, following his visit in 1835. 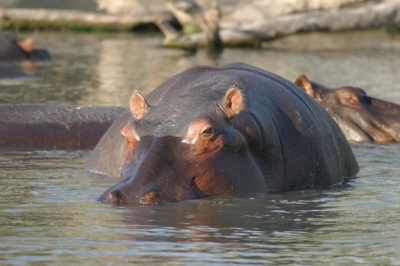 Southern Island National Park has been added to Kenya’s Lake Turkana National Parks World Heritage site. The most saline of Africa’s large lakes, Turkana is an outstanding laboratory for the study of plant and animal communities. The three National Parks are a stopover point for migrant waterbirds and are important breeding grounds for Nile crocodile, hippopotamus and a range of venomous snakes. The Koobi Fora deposits, rich in mammalian, molluscan and other fossil remains, have contributed more to understanding paleoenvironments than any other site on the continent. 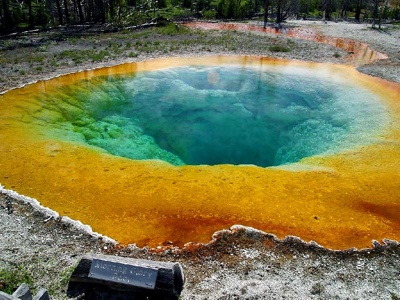 Yellowstone National Park spans an area of 3,472 square miles (8,987 km²), comprising lakes, canyons, rivers and mountain ranges. Yellowstone Lake is one of the largest high-altitude lakes in North America and is centered over the Yellowstone Caldera, the largest supervolcano on the continent. Half of the world’s geothermal features are in Yellowstone, fueled by this ongoing volcanism. The park is the centerpiece of the Greater Yellowstone Ecosystem, the largest remaining, nearly-intact ecosystem in the Earth’s northern temperate zone. Hundreds of species of mammals, birds, fish and reptiles have been documented, including several that are either endangered or threatened. The vast forests and grasslands also include unique species of plants. Grizzlies, wolves, and free-ranging herds of bison and elk live in the park. 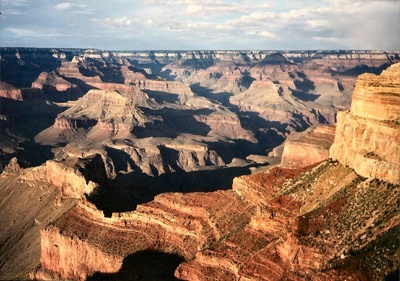 The canyon, created by the Colorado River over a period of 6 million years, is 277 miles (446 km) long, ranges in width from 4 to 18 miles (6.4 to 29 km) and attains a depth of more than a mile (1.6 km). Nearly two billion years of the Earth’s history have been exposed as the Colorado River and its tributaries cut their channels through layer after layer of rock while the Colorado Plateau was uplifted. 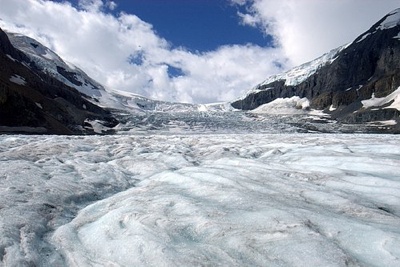 The Columbia Ice field is located in the Canadian Rockies, astride the Continental Divide of North America. The ice field lies partly in the northwestern tip of Banff and the southern end of Jasper National Park. It is about 325 km² in area, 100 to 365 metres (328′ to 1,197′) in depth and receives up to seven meters (23 feet) of snowfall per year. The ice field feeds eight major glaciers, including: Athabasca Glacier, Castleguard Glacier, Columbia Glacier, Dome Glacier, Stutfield Glacier, and the Saskatchewan Glacier. [Image Source – copyright Matthew Walters] 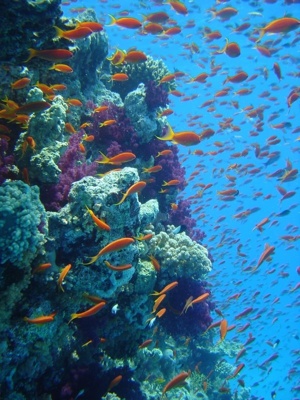 The Great Barrier Reef is the world’s Largest coral reef system. It is composed of roughly 3,000 individual reefs and 900 islands stretching for 2,600 kilometers (1,616 mi) over an area of approximately 344,400 square kilometers (132,974 sq mi). The reef is located in the Coral Sea, off the coast of Queensland in northeast Australia. The Great Barrier Reef can be seen from orbit and is the world’s biggest single structure made by living organisms. This reef structure is composed of and built by billions of tiny organisms, known as coral polyps. The Great Barrier Reef supports a wide diversity of life, and was selected as a World Heritage Site in 1981. 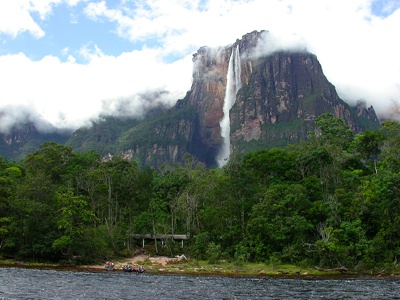 Angel Falls is the world’s highest free-falling, freshwater waterfall at 979 m (3,212 ft), with a clear drop of 807 m (2,648 ft). It is located in the Canaima National Park, in the Gran Sabana region of Bolivar State, Venezuela. The height of the falls is so great that before getting anywhere near the ground the water is buffeted by the strong winds and turned into mist. The base of the falls feeds into the Churun River, a tributary of the Carrao River. 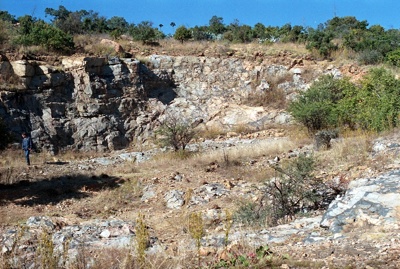 Two billion years ago a meteorite 10km in diameter hit the earth about 100km southwest of Johannesburg, creating an enormous impact crater. This area, near Vredefort in the Free State, is now known as the Vredefort Dome. It was voted South Africa’s seventh World Heritage site at Unesco’s 29th World Heritage Committee meeting in Durban in July 2005. The meteorite, larger than Table Mountain, caused a thousand-megaton blast of energy that is now considered the largest meteor impact sight on Earth. 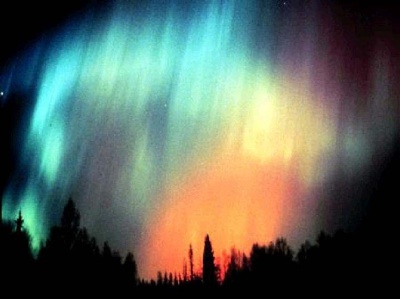 Auroras are natural different colored light displays, which are usually observed in the night sky, particularly in the polar zone. In northern latitudes, it is known as the aurora borealis, named after the Roman goddess of the dawn, Aurora, and the Greek name for north wind, Boreas. It often appears as a greenish glow (or sometimes a faint red), as if the sun were rising from an unusual direction. The aurora borealis is also called the ‘northern lights’, as it is only visible in the North sky from the Northern Hemisphere. The aurora borealis most often occurs from September to October and from March to April. 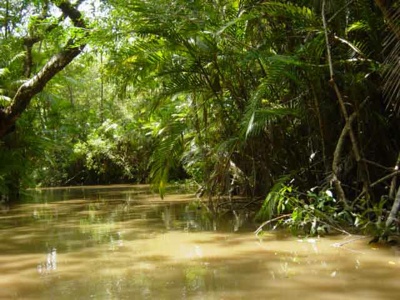 The Amazon Rainforest is a moist broadleaf forest in the Amazon Basin of South America. The area is also known as Amazonia or the Amazon Basin, and encompasses seven million square kilometers (1.2 billion acres), though the forest itself occupies some 5.5 million square kilometers, located within nine nations: Brazil (with 60 percent of the rainforest), Colombia, Peru, Venezuela, Ecuador, Bolivia, Guyana, Suriname, and French Guiana. The Amazon represents over half of the planet’s remaining tropical rainforest in the world. 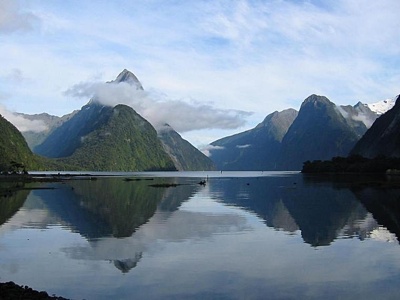 Milford Sound is located in the south west of New Zealand’s South Island. Although called a sound, it is more accurately classified as a fjord. Milford Sound, the most famous tourist site of New Zealand, has also been called an eighth Wonder of the World by Rudyard Kipling. It is situated within the Fiordland National Park which is in turn part of the Te Wahipounamu World Heritage site. Milford Sound runs 15 kilometres inland from the Tasman Sea and is surrounded by sheer rock faces that rise 1200 metres or more on either side. Among the peaks are The Elephant at 1517 m (4977 ft), said to resemble an elephant’s head, and Lion Mountain, 1302 m (4271 ft), in the shape of a crouching lion. Lush rain forests cling precariously to these cliffs, while seals, penguins, and dolphins frequent the waters. The drive to Milford Sound itself passes through unspoiled mountain landscapes before entering the 1.2 km Homer Tunnel which emerges into rain-forest carpeted canyons that descend to the sound. Near Milford Sound are also locations used to film some of the scenes of the Argonath in The Lord of the Rings: The Fellowship of the Ring