This list is intended to give guys a good guide for improving their libraries. While it does include two fictional works, most are non-fiction. The books here cover many of the various topics that fascinate men, nevertheless, all of these books would be enjoyed by the majority of women on this site as well. If you think of other books that suit the list, be sure to mention them in the comments and they may appear on a follow up list. Onwards, the top 10:

10. The Encyclopedia of Things that Never Were Robert Ingpen 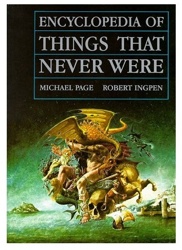 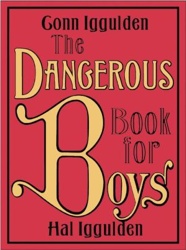 Equal parts droll and gorgeous nostalgia book and heartfelt plea for a renewed sense of adventure in the lives of boys and men, Conn and Hal Iggulden’s The Dangerous Book for Boys became a mammoth bestseller in the United Kingdom in 2006. Adapted, in moderation, for American customs in this edition (cricket is gone, rugby remains; conkers are out, Navajo Code Talkers in), The Dangerous Book is a guide book for dads as well as their sons, as a reminder of lore and technique that have not yet been completely lost to the digital age. Recall the adventures of Scott of the Antarctic and the Battle of the Somme, relearn how to palm a coin, tan a skin, and, most charmingly, wrap a package in brown paper and string.

8. A Short History of Nearly Everything Bill Bryson 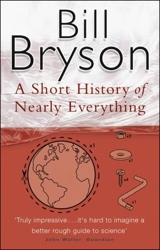 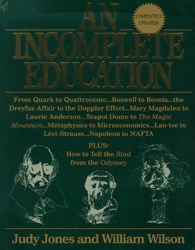 You’ll find everything you forgot from school–as well as plenty you never even learned–in this all-purpose reference book, an instant classic when it first appeared in 1987. The updated version takes a whirlwind tour through 12 different disciplines, from American studies to philosophy to world history. Along the way, Judy Jones and William Wilson provide a plethora of useful information, from the plot of Othello to the difference between fission and fusion. 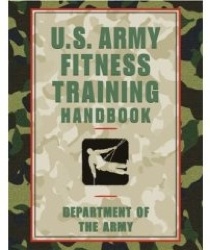 A soldier’s level of physical fitness has a direct impact on his combat readiness. The many battles in which American troops have fought underscore the important role physical fitness plays on the battlefield. The renewed nationwide interest in fitness has been accompanied by many research studies on the effects of regular participation in sound physical fitness programs. The overwhelming conclusion is that such programs enhance a person’s quality of life, improve productivity, and bring about positive physical and mental changes. Not only are physically fit soldiers essential to the Army, they are also more likely to lead enjoyable, productive lives. This is the book to guide you through the US Army fitness training routines.

5. Down These Mean Streets Piri Thomas 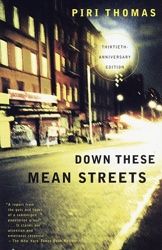 As a dark-skinned Puerto Rican, born in 1928, Piri Thomas faced with painful immediacy the absurd contradictions of America’s racial attitudes (among people of all colors) in a time of wrenching social change. Three decades have not dimmed the luster of his jazzy prose, rich in Hispanic rhythms and beat-generation slang. This book details the journey from machismo to manhood in the mean streets of Harlem. 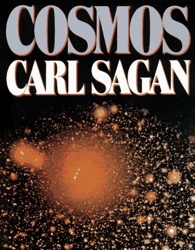 This visually stunning book with over 250 full-color illustrations, many of them never before published, is based on Carl Sagan’s thirteen-part television series. Told with Sagan’s remarkable ability to make scientific ideas both comprehensible and exciting, Cosmos is about science in its broadest human context, how science and civilization grew up together.

3. Zen and the Art of Motorcycle Maintenance Robert Pirsig 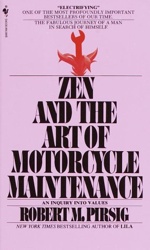 Arguably one of the most profoundly important essays ever written on the nature and significance of “quality” and definitely a necessary anodyne to the consequences of a modern world pathologically obsessed with quantity. Although set as a story of a cross-country trip on a motorcycle by a father and son, it is more nearly a journey through 2,000 years of Western philosophy. For some people, this has been a truly life-changing book.

2. The Road to Serfdom F A Hayek 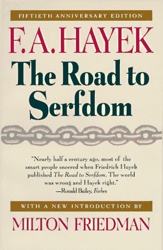 A classic work in political philosophy, intellectual and cultural history, and economics, The Road to Serfdom has inspired and infuriated politicians, scholars, and general readers for half a century. Originally published in England in the spring of 1944—when Eleanor Roosevelt supported the efforts of Stalin, and Albert Einstein subscribed lock, stock, and barrel to the socialist program—The Road to Serfdom was seen as heretical for its passionate warning against the dangers of state control over the means of production. This little book was said to have had definitive influence on such giants as Churchill, Thatcher, Reagan and many others. Perhaps the book’s influence was best attested to by its being banned in the USSR, China and many other totalitarian countries. 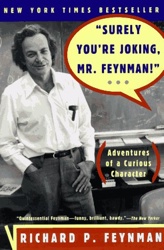 Surely You’re Joking, Mr. Feynman! is an edited collection of reminiscences by the Nobel Prize-winning physicist Richard Feynman. It details everything from his forays into hypnotism to his fascination with safe-cracking and his fondness for topless bars. The book also approaches more serious topics, such as the development of the atomic bomb and the death of Feynman’s first wife Arline Greenbaum from tuberculosis. My brother gave me a copy of this book and it has become one of my favorites – I guarantee that you will love it.

Some text taken from Amazon.com