Many great writers of the 20th century (especially American writers) struggled with addictions to alcohol. Some believe that this may have contributed to their great artistic abilities, while others believe that the alcohol served as a medication for other problems in their lives. This is a list of the 15 greatest writers who were alcoholics. 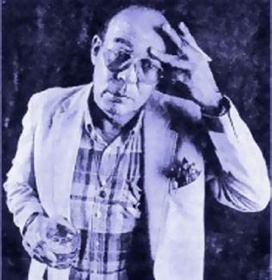 Hunter Stockton Thompson (July 18, 1937 – February 20, 2005) was an American journalist and author, famous for his novel Fear and Loathing in Las Vegas. On July 21, 1981, in Aspen, Colorado, Thompson ran a stop sign at 2 am and began to “rave” at a state trooper. He also refused to take alcohol tests. Because of his refusal he was detained, although during a trial the drunk-driving charges against the journalist were dropped because there was no basis for the charges. 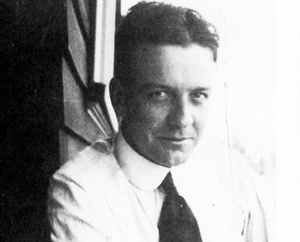 Raymond Thornton Chandler (July 23, 1888 – March 26, 1959) was an author of crime stories and novels of immense stylistic influence upon modern crime fiction, especially in the style of the writing and the attitudes now characteristic of the genre. His most famous character is Philip Marlowe. Chandler abused alcohol for the entire duration of his writing career. 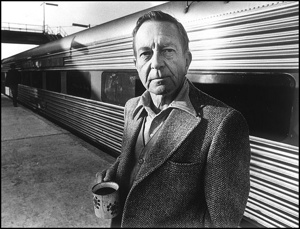 John Cheever (May 27, 1912–June 18, 1982) was an American novelist and short story writer, sometimes called “the Chekhov of the suburbs” or “the Ovid of Ossining.” A compilation of his short stories, The Stories of John Cheever, won the 1979 Pulitzer Prize for Fiction. A combination of his extreme alcoholism and inability to cope with being bisexual, Cheever sought the advice of a therapist who said: “[Cheever] is a neurotic man, narcissistic, egocentric, friendless, and so deeply involved in [his] own defensive illusions that [he has] invented a manic-depressive wife.” He eventually won the battle against Alcohol and began a relationship with a male student. 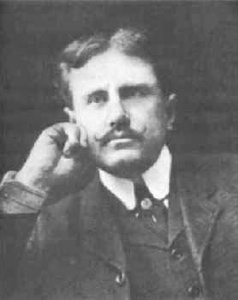 O. Henry is the pen name of American writer William Sydney Porter (September 11, 1862 – June 5, 1910). Porter’s 400 short stories are known for their wit, wordplay, characterization and the clever use of twist endings. A prolific writer, often turning out a story a week, he kept his real identity a secret as his fame as O. Henry grew. A failure at business, a spendthrift, and finally an alcoholic, he died in poverty on June 5, 1910. 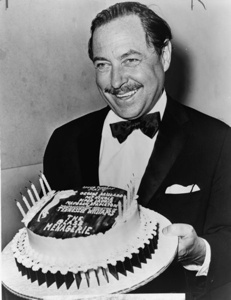 Thomas Lanier Williams III (March 26, 1911 – February 25, 1983), better known by the nickname Tennessee Williams, was a major American playwright of the twentieth century who received many of the top theatrical awards for his work. One of Williams’ most enduring works, Cat On A Hot Tin Roof, included references to elements of his life such as homosexuality, mental instability and alcoholism. 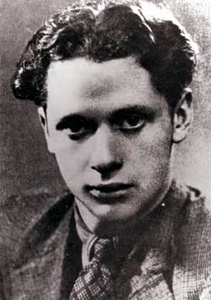 Dylan Marlais Thomas (27 October 1914 – 9 November 1953) was a Welsh poet. He is regarded by many as one of the 20th century’s most influential poets. His best known works include “Under Milk Wood” and “Do not go gentle into that good night”. He liked to boast about his drinking and said: “An alcoholic is someone you don’t like, who drinks as much as you do.” Thomas’ health rapidly began to deteriorate as a result of his drinking; he was warned by his doctor to give up alcohol but he carried on regardless. On 3 November 1953, Dylan Thomas and Liz Reitell, celebrated his 39th birthday and the success of 18 Poems. On November 5, Dylan Thomas was quaffing a few beers with Liz Reitell at the White Horse Tavern, Greenwich Village, Manhattan, when he started to feel ill. He slipped in to a coma and died four days later. 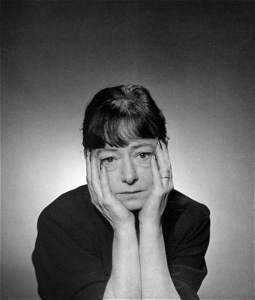 Dorothy Parker (August 22, 1893 – June 7, 1967) was an American writer and poet, best known for her caustic wit, wisecracks, and sharp eye for 20th century urban foibles. Parker survived three marriages (two to the same man) and several suicide attempts, but grew increasingly dependent on alcohol. Although she would come to dismiss her own talents and deplore her reputation as a “wisecracker,” her literary output and her sparkling wit have endured long past her death. 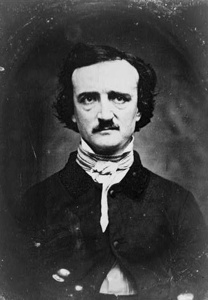 Edgar Allan Poe (January 19, 1809 – October 7, 1849) was an American poet, short-story writer, editor, and literary critic, and is considered part of the American Romantic Movement. Best known for his tales of mystery and the macabre, Poe was one of the earliest American practitioners of the short story and invented the detective-fiction genre. On October 7, 1849, at age 40, Poe died in Baltimore; the cause of his death is unknown and has been attributed to alcohol, brain congestion, cholera, drugs, heart disease, rabies, suicide, tuberculosis, and other agents. 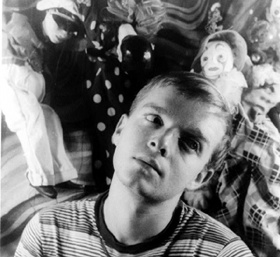 Truman Capote (30 September 1924 – 25 August 1984) was an American writer whose stories, novels, plays, and non-fiction are recognized literary classics, including the novella Breakfast at Tiffany’s (1958) and In Cold Blood (1965), which he labeled a “non-fiction novel.” While Capote was writing In Cold Blood, he would have a double martini before lunch, another with lunch and a stinger afterward. After he was arrested for drunken driving on Long Island, he went to Silver Hill, an expensive clinic in Connecticut for alcoholics. He could stay off the booze for three or four months, and then he went back on it. He appeared on a talk show; drunk and rambling. “I drink,” he said after one binge, “because it’s the only time I can stand it.” 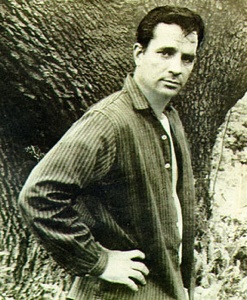 Jack Kerouac (March 12, 1922 – October 21, 1969) was an American novelist, writer, poet, and artist. Along with William S. Burroughs and Allen Ginsberg, he is amongst the best known of the writers (and friends) known as the Beat Generation. Kerouac died on October 21, 1969 at St. Anthony’s Hospital in St. Petersburg, Florida, one day after being rushed with severe abdominal pain from his St. Petersburg home by ambulance. His death, at the age of 47, resulted from an internal hemorrhage (bleeding esophageal varices) caused by cirrhosis of the liver, the result of a lifetime of heavy drinking. 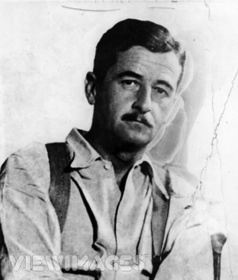 William Cuthbert Faulkner (September 25, 1897 – July 6, 1962) was an American novelist, film screenwriter, and poet whose works feature his native state of Mississippi. He is regarded as one of the most influential writers of the twentieth century and was awarded the 1949 Nobel Prize for Literature. Much has been made of the fact that Faulkner had a serious drinking problem throughout his life, but as Faulkner himself stated on several occasions, and as was witnessed by members of his family, the press, and friends at various periods over the course of his career, he did not drink while writing, nor did he believe that alcohol helped to fuel the creative process. It is now widely believed that Faulkner used alcohol as an “escape valve” from the day-to-day pressures of his regular life. 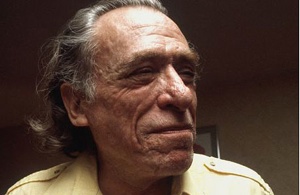 Henry Charles Bukowski (August 16, 1920 – March 9, 1994) was an influential Los Angeles poet and novelist. Bukowski’s writing was heavily influenced by the geography and atmosphere of his home city of Los Angeles. His father was in and out of work during the Depression years and was a reputed tyrant, verbally and physically abusing his son throughout his childhood. It was perhaps to numb himself from his father’s abuse that Bukowski began drinking at the age of 13, initiating his life-long affair with alcohol. 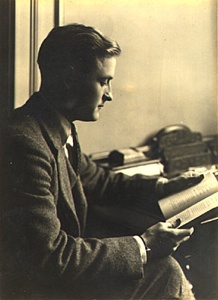 Francis Scott Key Fitzgerald (September 24, 1896 – December 21, 1940) was an American writer of novels and short stories, whose works have been seen as evocative of the Jazz Age, a term he himself allegedly coined. Fitzgerald had been an alcoholic since his college days, and became notorious during the 1920s for his extraordinarily heavy drinking, leaving him in poor health by the late 1930s. On the night of December 20, 1940, he had a heart attack, and the next day, December 21, while awaiting a visit from his doctor, Fitzgerald collapsed and died. He was 44. 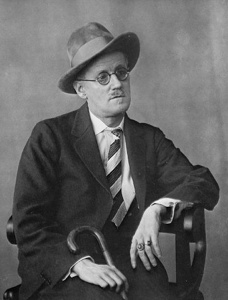 James Augustine Aloysius Joyce (2 February 1882 – 13 January 1941) was an Irish expatriate writer, widely considered to be one of the most influential writers of the 20th century. He is best known for his landmark novel Ulysses (1922) and its highly controversial successor Finnegans Wake (1939). Joyce lived in Dublin for many years, binge drinking the whole time. His drinking episodes occasionally caused fights in the local pubs. 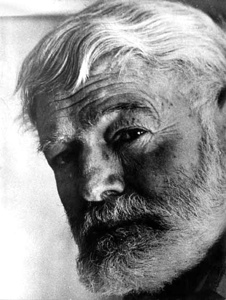 Ernest Miller Hemingway (July 21, 1899 – July 2, 1961) was an American novelist, short-story writer, and journalist. Nicknaming himself “Papa” while still in his 20s, he was part of the 1920s expatriate community in Paris known as “the Lost Generation”, as described in his memoir A Moveable Feast. Throughout his life, Hemingway had been a heavy drinker, succumbing to alcoholism in his later years during which time he suffered from increasing physical and mental problems. In July 1961, after being released from a mental hospital where he’d been treated for severe depression, he committed suicide at his home in Ketchum, Idaho with a shotgun.

This article is licensed under the GFDL. It uses and expands on material from Wikipedia.