Thanks to Peter Jackson’s blockbuster films, the world knows plenty about the struggles of Gandalf, Aragorn, and Frodo. However, the books themselves, the appendices, and other published texts offer an entire world of odd Lord of the Rings facts that few people know. 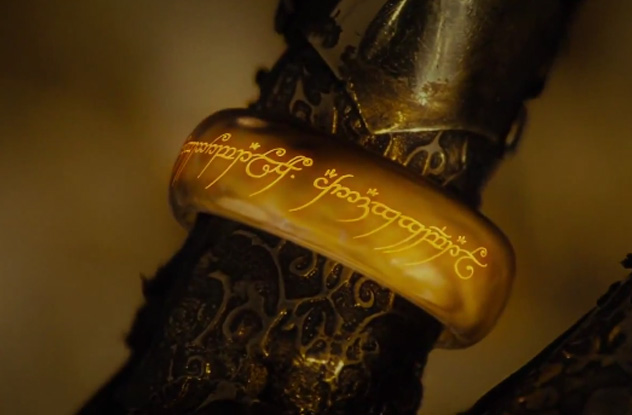 When Bilbo, Frodo, or Sam put on the Ring of Power, they turn invisible. Sauron made the ring to conquer Middle-earth, so you might assume that he chose this invisibility as a tactical feature. It would be a convenient way of making sure no one could strike him. And yet when elves and men do attack him, they manage to hit him and even cut the ring right off his finger (launching the story). Sauron, though he wears the ring, is not invisible. Why not?

The ring doesn’t simply make people invisible. It shifts their bodies from the physical world into an otherwise unseen spirit world. Sauron was a Maia like Gandalf—a sort of lesser angel who inhabited both the physical and spiritual worlds—and thus could not transport to where he already lived.

The invisibility still worked to Sauron’s advantage. It provided a reason for people to wear the ring when it became separated from him. This would turn them into slave wraiths of Sauron after enough use. Hobbits such as Bilbo, Frodo, and even Gollum were presumably spared this fate due to wearing the ring very little.

9 Lose The Ring, And You Still Won’t Age 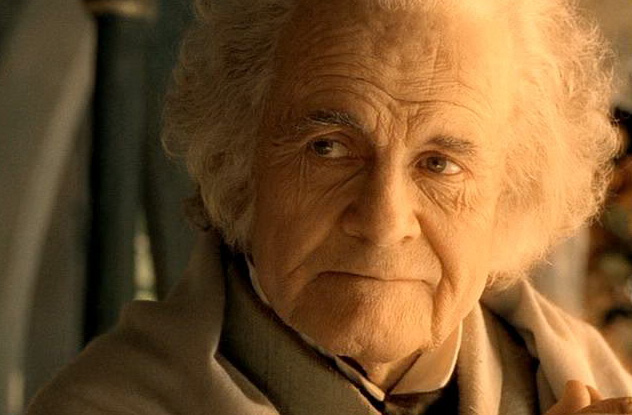 One of the more striking scenes from Peter Jackson’s film adaptations of Lord of the Rings is the sight of Bilbo Baggins at Rivendell. While he looked quite spritely when sneaking away from his 111th birthday party, he looks as elderly as his years would suggest when Frodo next sees him. The logical assumption is that parting from the ring suddenly made the years catch up to Bilbo. If that’s true, however, what about Gollum?

The main action of Fellowship of the Ring and The Two Towers takes place a whopping 80 years after the events of The Hobbit. Despite being without the ring for these decades, Gollum in Lord of the Rings is still spry enough to stalk prey, sneak down cliff faces, and wrestle the much younger Samwise. Not bad for a 500-year-old hobbit.

The only thing that seems to cause the aging process to assert itself more naturally is the destruction of the ring. Bilbo feels all of his years when he sails off with Frodo at the end of Return of the King, in both the book and the film. 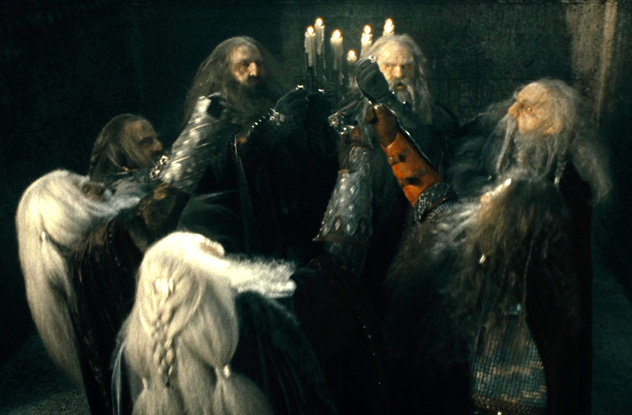 The Lord of the Rings focuses on the One Ring that Frodo and his companions seek to destroy. However, as the familiar opening rhyme states, Sauron gave out more rings, including seven to the ancient dwarf lords. One of those dwarf rings actually drove the entire plot of both The Hobbit and The Lord of the Rings.

In The Hobbit, Gandalf presents dwarf leader Thorin Oakenshield with the key necessary to sneak into dragon Smaug’s lair. Gandalf retrieved this key from Thorin’s father, Thrain, while Sauron held the dwarf prisoner to retrieve one of the seven rings. While Thrain had the ring, it made him excel at getting gold, but it could potentially lead to mania (as it did with Thrain’s father Thror) or death (as it eventually did with Thrain).

The text suggests that all ancient dwarven wealth was built on these rings of power. Smaug attacks Thorin’s people by going after this gold, leading to all the events of The Hobbit—including Bilbo finding the One Ring, which leads to all the events of Lord of the Rings. Even poor adventure veteran Balin gets himself killed by orcs in Moria trying to find Thrain’s ring.

7 Gandalf And The Ring vs. Sauron 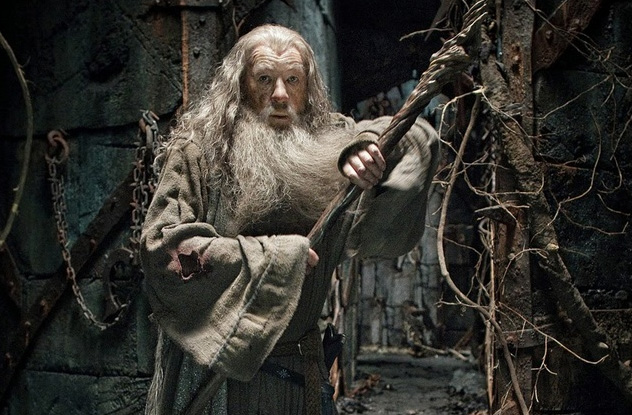 Fans have a long tradition of arguing over which of two characters would win in a fight. Lord of the Rings, with its many battles and even more characters, offers plenty of ground for such debate, especially involving Sauron. For at least one of these imaginary fights, Tolkien himself has already given an answer.

While he was alive, Tolkien received many letters from fans, and his detailed responses about Middle-earth were later collected in The Letters of J.R.R. Tolkien. In one of these letters, he described the potential fight of Gandalf wielding the One Ring against Sauron. Tolkien said the fight would be a close one—the ring’s true master would still be Sauron, and so it might find a way to help him in the battle. At the same time, Gandalf would have the greater strength because Sauron might not be at his best after spending millennia corrupted and dominating other people.

Interestingly, Tolkien thought that things would be worse for Middle-earth if Gandalf won. He would become self-righteous and determined to make the world better—by force. 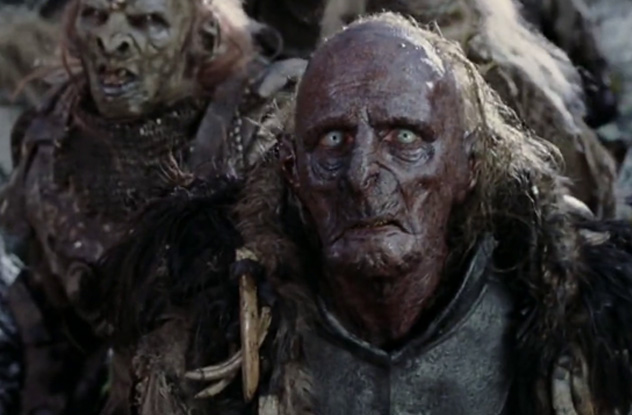 Tolkien’s Letters verify something only speculated about in The Silmarillion. Orcs are corrupted elves instead of being an entirely separate race. Tolkien decided this primarily for consistency with his greater mythology—evil (like Sauron) cannot truly create and instead can only corrupt. But when you stop to think about it, this doesn’t make a lot of sense.

For instance, how do orcs reproduce? The movies cheat a bit by showing Saruman spawning orcs out of pods, which is more in line with Warhammer than Tolkien. In fact, The Silmarillion confirms that orcs “multiplied” like all of the other races. Where, then, are the orc women? They are mentioned nowhere in the Lord of the Rings trilogy of books. Furthermore, why are the children of corrupted elves also orcs and not, instead, elves?

The dilemma also forces the reader to ponder whether orcs go to the Halls of Mandos (a kind of purgatory where living creatures go before their final resting place) and if, like elves, they are reincarnated after going there.

5 Gimli And Legolas: Bros To The End 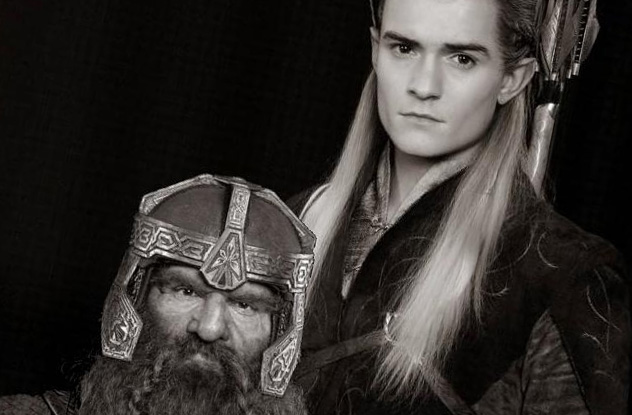 Peter Jackson’s movies emphasize with great humor the bromance between Gimli and Legolas, an unlikely pairing of people from races typically at odds. Theirs is a bond forged during war, and many movie-goers likely wonder what happens to the two of them afterward. The appendix of Return of the King offers an answer as adorable as it is improbable.

After Aragorn dies, Legolas builds a boat and sets sail for Valinor (also known as the Undying Lands) where the elves and all living ring bearers have gone. There, mortals achieve functional immortality. Legolas goes to paradise, and he takes Gimli with him.

The appendix notes how remarkable it is that the elves and the higher powers of Middle-earth would accept a dwarf in paradise. But Gimli wants to see the beauty of the elf Galadriel one last time, and she uses her power and influence to get him into heaven. Therefore, the Gimli-Legolas bromance will quite literally never die. 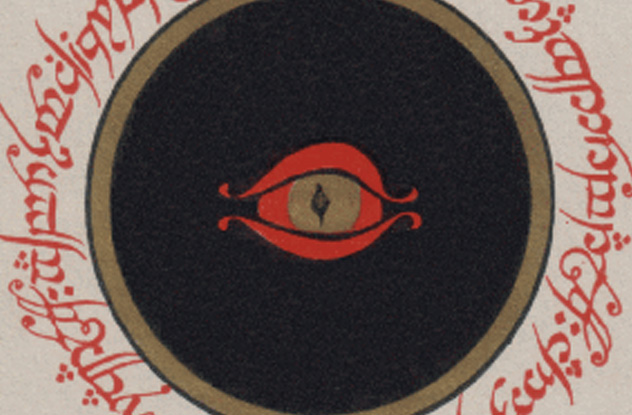 Considering the time period in which Lord of the Rings was written, it’s easy to see symbolism in every character and plot element. Sauron is Hitler. Saruman is Mussolini. The ring must be the atomic bomb.

However, Tolkien absolutely hated allegory. Unlike his friend C.S. Lewis, who fully intended for you to figure out that Aslan is Jesus in his Chronicles of Narnia books, Tolkien called allegory “purposed domination” on the part of the author. Instead, he wanted his novels to have the power of history, whether real or imagined. It would be up to readers to find whatever symbolism and metaphor they want in his texts. 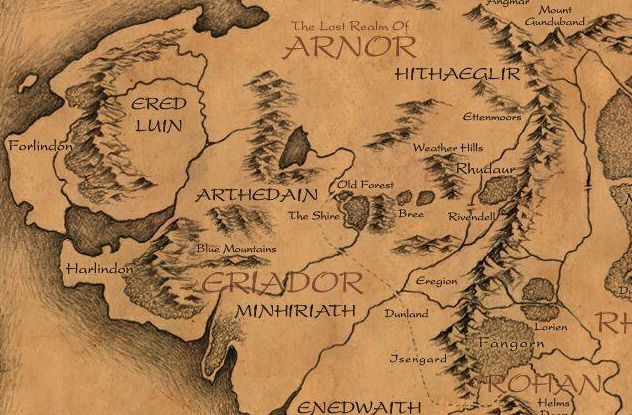 Some of the history of Middle-earth as recorded in The Silmarillion is downright weird, especially for those who look to Tolkien’s work as grounded fantasy fiction. For instance, once upon a time, Middle-earth was completely flat. This raises any number of questions about the world, most of which can only be waved away by muttering something about gods, elves, and magic.

Speaking of all three of those things, what keeps people from just sailing straight to the Undying Lands? Originally, absolutely nothing: The men of Numenor promised not to, but they broke this promise and left for the lands to become immortal. The god Illuvatar became angry and opened a giant ocean rift that swallowed their ships, along with the whole island of Numenor.

Illuvatar also changed the shape of the world to make it impossible for anyone to sail to the Undying Lands unless they knew exactly where to go. If that’s not weird enough, Sauron died in this flood, but he literally spirited himself away as a ghost, taking the One Ring with him.

The final grisly detail is worthy of an Edgar Allan Poe story. A handful of the men of Numenor made it to the Undying Lands, only to be buried under a mountain by the god’s wrath. Since those in the Undying Lands can’t die, the men are presumably still alive, albeit in isolation, pain, and darkness. 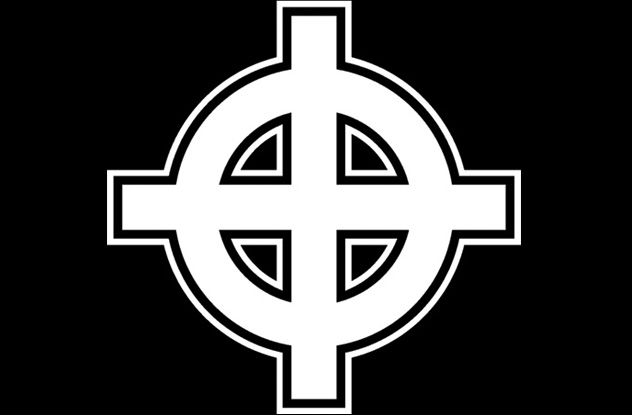 It’s a rough time to be a bigot, with multiculturalism being celebrated in every aspect of media. So white nationalists look to the past, holding Lord of the Rings up as an amazing example of white pride.

The story is, with few exceptions, a very Caucasian affair. A white wizard leads white humans and white hobbits to go fight Sauron, the “Dark Lord” and the “Shadow in the East.” Much of Tolkien’s mythology hinges on the struggle between good and evil, typically represented as the struggle of “light” versus “darkness.” White nationalists often take that literally, reading characters such as orcs as representatives of “darkness”—aka, black people to be slain by the heroic Aryan heroes.

1 Tolkien Is Why You Had To Study Beowulf 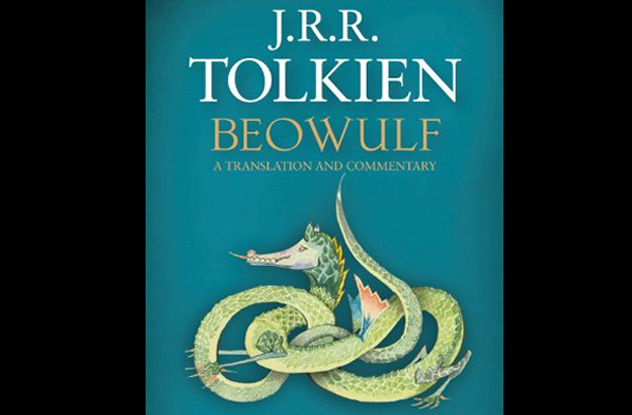 Most students know Beowulf, the Nordic legend about a fierce warrior who overcomes external and internal demons before dying fighting a dragon. But for years, the Beowulf poem was of interest to only a handful of people, such as students of Old English or History.

Then came Tolkein’s 1936 lecture “Beowulf: The Monsters and the Critics.” It convinced academics—and eventually the world—that the monsters of the story were fascinating in and of themselves, offering valuable glimpses into human nature as impermanent. Human existence, argued Tolkein, gets value and meaning from our struggle against “monsters.” We are like Beowulf in that the struggle against evil need not fully succeed to be worthwhile.

These ideas and themes shaped The Lord of the Rings. Characters such as Frodo realize that their greatest struggle is not with wraiths and orcs but with the fear and temptation inside of them. In this sense, Tolkien incorporates what would later be called the Hero’s Journey, presenting Frodo as someone who descends into the darkened pit of Mordor (like Beowulf does into the depths of Grendel’s Mother’s home) before ascending into greater understanding—and, ultimately, the spiritual reward of eternal life.

Keep it secret and keep it safe with @PocketEpiphany.