Over the last few months we have gone through 30 of the worlds greatest mysteries but what we haven’t covered are ancient mysteries. This list aims to put that right! Here are ten great unsolved mysteries of science. Do you have a theory that might solve one of these mysteries? If so, tell us in the comments! 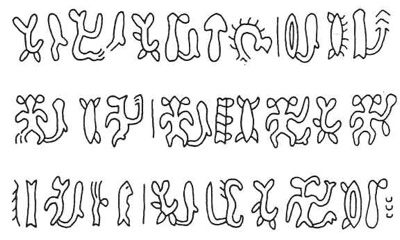 While many people know of the Moai of Easter Island, not that many people know of the other mystery associated with Easter Island. ‘Rongorongo’ is the hieroglyphic written language of the region’s earlier inhabitants. Rongorongo is strange in that no other neighbouring oceanic people used a written language. It appeared around the 1700s, though was unfortunately lost after the early European colonizers banned it because of its ties to the native islanders’ pagan roots. 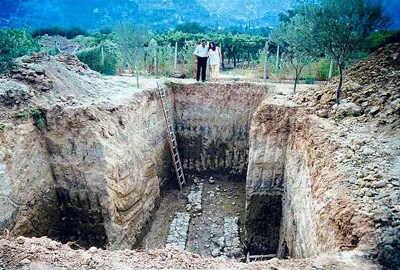 In the late 2nd century AD, the Greek writer Pausanias wrote an account of how (4-500 years earlier?) in one night a powerful earthquake destroyed the great city of Helike, with a Tsunami washing away what remained of the once-flourishing metropolis. The city, capital of the Achaean League, was a worship centre devoted to the ancient god Poseidon, god of the sea. There was no trace of the legendary society mentioned outside of the ancient Greek writings until 1861, when an archeologist found some loot thought to have come from Helike – a bronze coin with the unmistakable head of Poseidon. In 2001, a pair of archeologists managed to locate the ruins of Helike beneath the mud and gravel of the coast, and are currently trying to peice together the rise and sudden fall of what has been called the “real” Atlantis. 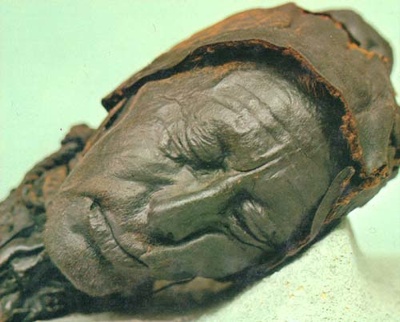 This mystery may even be a problem for those legendary investigators from CSI and the like! The bog bodies are hundreds of ancient corpses found buried around the northern bogs and wetlands of Northern Europe. These bodies are remarkably well preserved, some dating back 2,000 years. Many of these bodies have tell-tale signs of torture and other medieval “fun”, which have made some researchers postulating that these unfortunate victims were the result of ritual sacrifices.

7. Fall of the Minoans 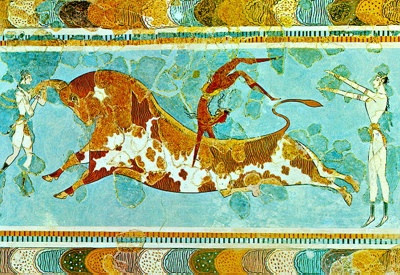 The Minoans are best known for the legend of Theseus and the Minotaur, but it is in fact the demise of this once-great civilisation that is more interesting. While many historians concentrate on the fall of the Roman Empire, the fall of the Minoans, who resided on the island of Crete, is an equal, if not greater mystery. Three and a half thousand years ago the island was shaken by a huge volcanic eruption on the neighbouring Thera Island. Archeologists unearthed tablets which have shown that the Minoans carried on for another 50 years after the eruption, before finally folding. Theories of what finally ended them have ranged from volcanic ash covering the island and devastating harvests to the weakened society eventually getting taken over by invading Greeks. 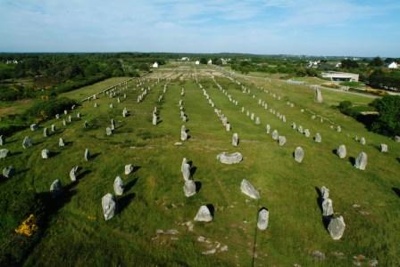 Everyone has heard of Stonehenge, but few know the Carnac Stones. These are 3,000 megalithic stones arranged in perfect lines over a distance of 12 kilometers on the coast of Brittany in the North-West of France. Mythology surrounding the stones says that each stone is a soldier in a Roman legion that Merlin the Wizard turned in to stone. Scientific attempts at an explanation suggests that the stones are most likely an elaborate earthquake detector. The identity of the Neolithic people who built them is unknown. 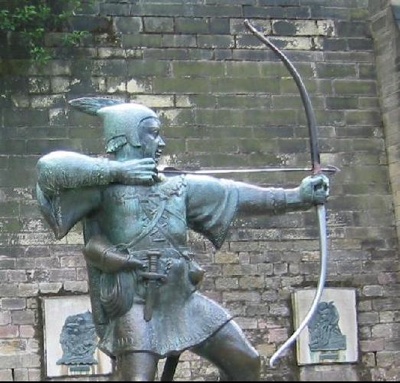 The historical search for the legendary thief Robin Hood has turned up masses of possible names. One candidate includes the Yorkshire fugitive Robert Hod, also known as Hobbehod or Robert Hood of Wakefield. The large number of suspects is complicated further as the name Robin Hood became a common term for an outlaw. As literature began to add new characters to the tale such as Prince John and Richard the Lionheart the trail became more obscure. To this day no one knows who this criminal really was. 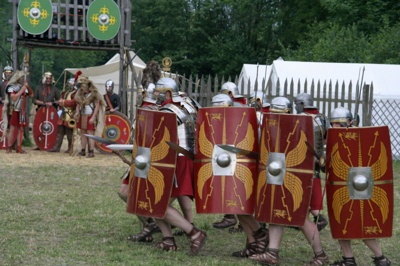 After the Parthians defeated underachieving Roman General Crassus’ army, legend has it that a small band of the POWs wandered through the desert and were eventually rounded up by the Han military 17 years later. First century Chinese historian Ban Gu wrote an account of a confrontation with a strange army of about a hundred men fighting in a “fish-scale formation” unique to Roman forces. An Oxford historian who compared ancient records claims that the lost roman legion founded a small town near the Gobi desert named Liqian, which in Chinese translates to Rome. DNA tests are being conducted to answer that claim and hopefully explain some of the residents’ green eyes, blonde hair, and fondness of bullfighting. 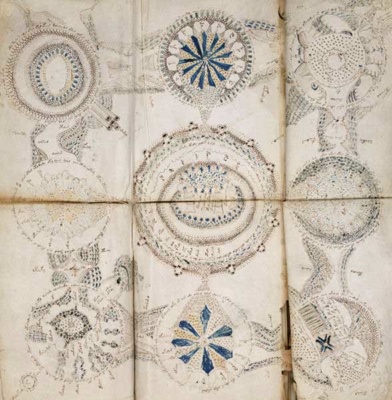 The Voynich Manuscript is a medieval document written in an unknown script and in an unknown language. For over one hundred years people have tried to break the code to no avail. The overall impression given by the surviving leaves of the manuscript suggests that it was meant to serve as a pharmacopoeia or to address topics in medieval or early modern medicine. However, the puzzling details of illustrations have fueled many theories about the book’s origins, the contents of its text, and the purpose for which it was intended. The document contains illustrations that suggest the book is in six parts: Herbal, Astronomical, Biological, Cosmological, Pharmaceutical, and recipes. 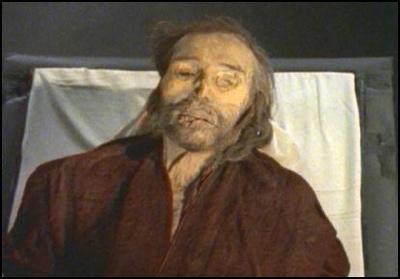 An amazing discovery of 2,000 year old mummies in the Tarim basin of Western China occurred in the early 90s. But more amazing than the discovery itself was the astonishing fact that the mummies were blond haired and long nosed. In 1993, Victor Mayer a college professor collected DNA from the mummies and his tests verified that the bodies were all of European genetic stock. Ancient Chinese texts from as early as the first millennium BC do mention groups of far-east dwelling caucasian people referred to as the Bai, Yeuzhi, and Tocharians. None, though, fully reveal how or why these people ended up there.

1. Disappearance of the Indus Valley Civilization 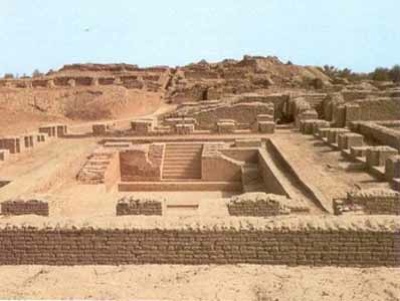 The ancient Indus Valley people, India’s oldest known civilization had a culture that stretched from Western India to Afghanistan and a populace of over 5 million. le—India’s oldest known civilization—were an impressive and apparently sanitary bronze-age bunch. The scale of their baffling and abrupt collapse rivals that of the great Mayan decline. They were a hygienically advanced culture with a highly sophisticated sewage drainage system, and immaculately constructed baths. There is to date no archaeological evidence of armies, slaves, conflicts, or other aspects of ancient societies. No one knows where this civilization went.