Your View: What is the Best Horror Movie?

We all love to get frightened from time to time and as a result, some of the earliest films made were horror movies. You can be certain that every year Hollywood will bring out some new form of terror to shock us in the theaters. Sometimes they achieve their goal – other times we are left with a pile of junk. With this post we are going to uncover the best horror movie of all time.

When you give us your view, try to tell us why you have chosen the particular film, and also, as a secondary question, tell us what style of horror is best – for example, psychological horror (with little or no blood) or slasher films. Tell us why you think one is superior to the other. 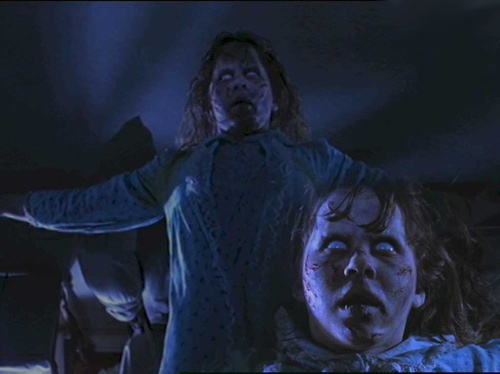 What is the best horror movie ever made?

My answer is The Exorcist – My reason for this is that the film doesn’t rely on cheap bloody tricks or fright tactics to make you jump – it simply shows you a situation that makes us all afraid – the concept of the devil existing, meaning Hell existing and the fact that we may end up there for all eternity. This film had brilliant ambience, brilliant acting (which is still relevant today) and had guidance from real Catholic Priests to make sure it was at least true to the rituals portrayed. At some point I will do a top 10 Exorcist trivia list because there is some great stuff that happened behind the scenes that many people are unaware of.