In mid-2018, Chris Martin was having his UK home renovated when he discovered a World War II bunker in his back garden. The two-room concrete bunker found at the Middlesbrough home was large enough to hold up to 50 people. Martin plans to turn the bunker into an office or wine cellar.

He isn’t the first person to make an amazing discovery in his backyard. People have been finding strange items and treasures on their properties for years, including a stolen vehicle, a bag of cash, ancient fossils, and even mysterious objects. Here is a list of 10 fascinating discoveries in ordinary yards. 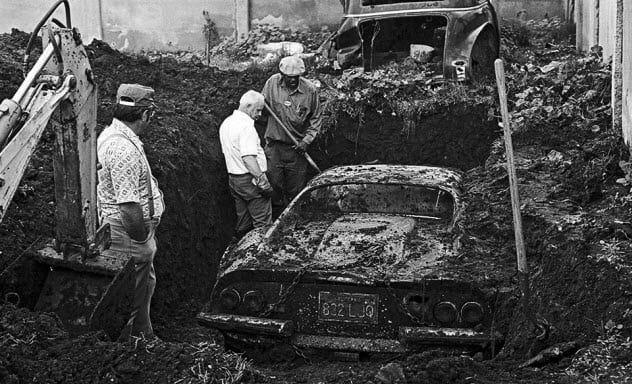 In 1978, children were playing in their Los Angeles yard and digging in the mud when they touched something unusual under the ground. The children flagged down a sheriff’s car nearby and told him about the strange object they had found.

The sheriff came back with some help and made an odd discovery. They unearthed a green 1974 Ferrari Dino 246 GTS worth about $18,000 when it was brand-new. It was a mystery to authorities how the vehicle could have ended up there.

The car was purchased by Rosendo Cruz in October 1974, and it was stolen on December 7. The police couldn’t figure out what had happened to the Ferrari, but the insurance company decided to reimburse Cruz for the vehicle anyway. It remains a mystery as to who placed the car in the yard.

The car was eventually purchased from the insurance company for about $7,000 by a mechanic who restored much of the vehicle. The Dino remains unlisted on any Dino registry.[1] But hopefully, someone is out there taking it for a joyous spin down some winding roads. 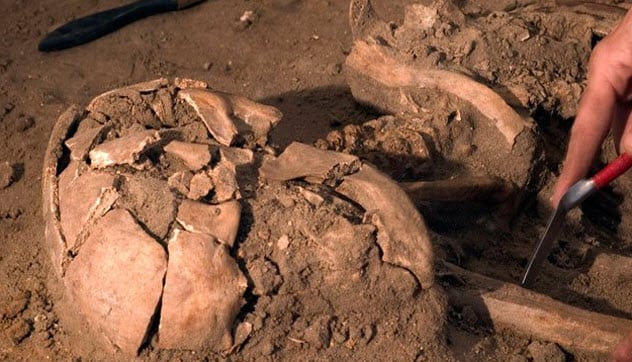 Ali Erturk was building a trout pond in his Utah backyard for his father when he came across something unusual. The 14-year-old boy thought he had found an animal bone. But after continuing to dig, he realized that the bones might have belonged to a human. Erturk discovered the first bone about 2 meters (6 ft) below the surface.

After the police arrived, they quickly realized that the bones were incredibly old and referred the case to the Utah Department of Heritage and Arts. The department workers soon determined that the bones belonged to a Native American who had lived over 1,000 years ago.

Humans have occupied this area of Utah for over 10,000 years. The department gets multiple calls a year that are similar to this one.[2] 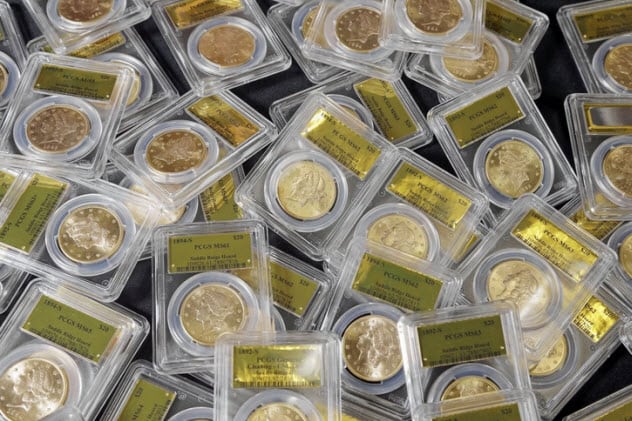 A Northern California couple stumbled across something rare as they were walking their dog. Buried in the shadow of a tree was $10 million in gold coins. There were over 1,400 coins dating from 1847–1894. They were also in rare mint condition. The face value of the coins only added up to $27,000, but they were so rare that they were worth much more. The couple knew that they were about to be rich.

Some experts believed that the coins were stolen, but the robbery could never be proven. The couple remained anonymous and decided to auction off the collection. The first coin to sell was an 1874 $20 double eagle that brought in $15,000. An 1866-S No Motto $20 gold piece was valued at more than $1 million. The entire collection was estimated to be worth over $11 million.[3] 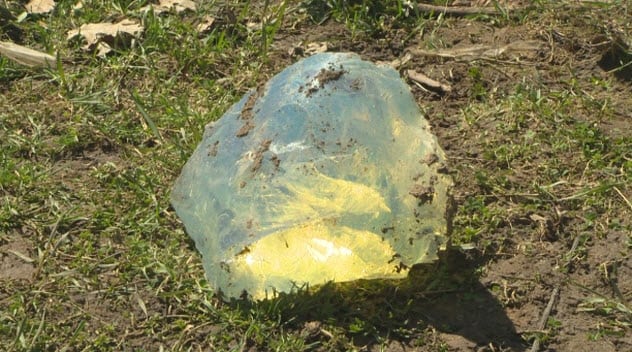 In Kitchener, Ontario, two sisters were digging in their backyard for worms for an upcoming fishing trip when they discovered a large, transparent, shiny object with a bluish hue. Some believed that it was part of a meteorite that had fallen just a month earlier, but nobody could seem to identify it. The family hoped that the object had a high value and could be sold.[4]

A local gem and mineral expert didn’t know what it was, so the piece was sent to the University of Waterloo for further testing. The curator of the school’s Earth sciences museum was finally able to identify the object, but it wasn’t anything special. It was a type of glass sold in various colors that was used as a garden ornament.

After the object was identified, it was sent back to the two sisters. 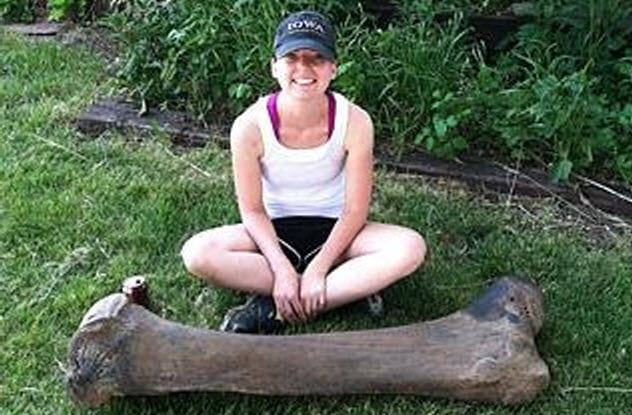 A family in rural Iowa went out to pick blackberries, but they returned with more than just a bucketful of berries. The family had discovered a 1.2-meter-long (4 ft) mammoth femur.

This was just the beginning of what would be found on their property. The father took the massive bone to the University of Iowa to have it identified. The university’s Museum of Natural History continued the excavation and found several other bones on the property.[5]

The team of excavators has found parts of at least three woolly mammoths, although none of them is complete. The crew found several bones, teeth, and tusks belonging to the creatures. After examining the discovery, scientists have determined that the woolly mammoth bones are about 13,000 to 14,000 years old. 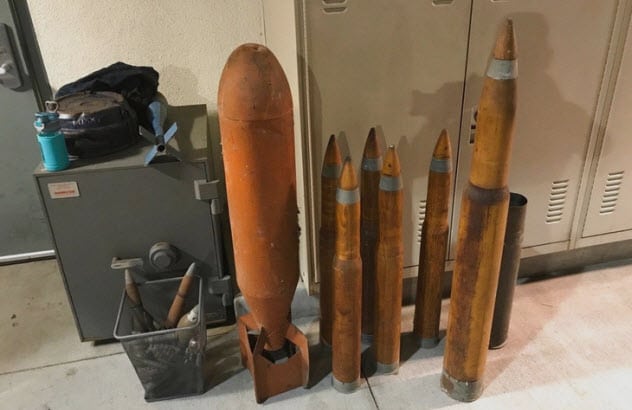 About 75–100 people in a Southern California neighborhood were evacuated after authorities discovered several World War II–era explosives in the backyard of an abandoned home. The house was once owned by a World War II veteran who had died months before the discovery, but it is not clear if he was the owner of the explosives. The house had been vacant after his death, and transients had taken over the property.[6]

After searching the yard and home, authorities found several grenades, mortar rounds, rusty artillery shells, bullets, and more. Many of the devices were duds, but authorities were concerned about some of the ammunition. Most of the explosives were transported to another location for safe disposal, and nearby residents had to wait many hours to return to their homes. 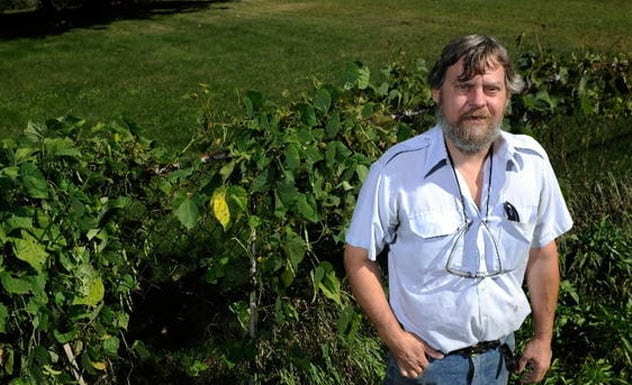 In 2011, Wayne Sabaj found a nylon bag with $150,000 stashed in his Illinois backyard garden. The carpenter, who had been unemployed for two years, was picking broccoli when he discovered the cash.

He turned the money over to authorities, and they told him that he could keep the cash if it was not claimed by the end of 2012. Eventually, his 87-year-old neighbor, Delores Johnson, and a liquor store stepped in to claim the money.[7]

Johnson suffered from dementia, but she told her daughter that she got rid of the money because it was cursed. Johnson died before she could claim the bulk of the money, but it would later go to her daughter.

Due to a diabetic problem, Sabaj died just 10 days before receiving his smaller portion of the money. Sabaj’s father went into cardiac arrest after finding out about his son’s death, but he was awarded the amount that Sabaj would have received. Mrs. Johnson may have been right about the money being cursed after all.

Couple Stumbles Across Valuable ‘Treasure’ On Their Staten Island Property

A New York couple always noticed a piece of metal under some trees in their backyard, but they thought that it was just an electrical box or cable. A landscaping crew at their home discovered that it was actually an old rusty safe.

Inside the safe, they found wet money and lots of jewelry in plastic bags. There were dozens of rings (including an engagement ring), diamonds, and other jewelry. There was also a piece of paper with their neighbor’s address.

The couple went to the neighbor and asked if they had ever been robbed. They replied that their safe had been stolen the night after Christmas 2011. They even knew that the safe contained cash and jewelry that was worth about $52,000.

The couple returned the safe to their neighbor. When the couple was asked why they didn’t just keep it for themselves, they replied, “It wasn’t even a question. It wasn’t ours.”[8] 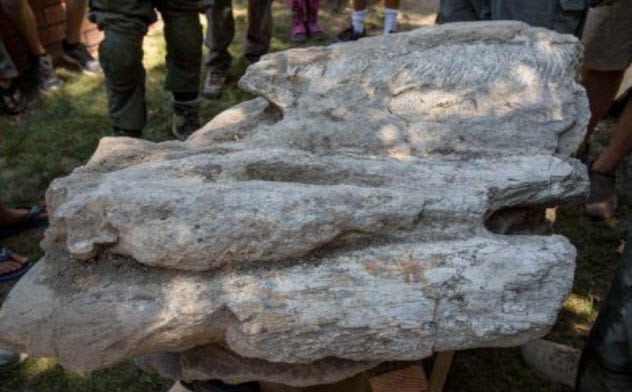 Gary Johnson first discovered a half-ton whale fossil when he was a teenager exploring the creek behind his family’s home in Southern California. A local museum passed on adding it to their collection back then. In 2014, 53-year-old Johnson contacted the Natural History Museum of Los Angeles County about the fossil after another sperm whale fossil was recovered at a nearby school.

A paleontologist from the Natural History Museum claimed that the baleen whale fossil was around 16–17 million years old. Only about 20 baleen fossils are known to exist.

The fossil was lodged in a 450-kilogram (1,000 lb) rock, and it was hoisted from a ravine by the Los Angeles County Sheriff’s Department. Their search-and-rescue team used the fossil recovery as a training mission, but they typically rescue motorists and hikers who have careened off the roadway onto the steep and rugged hills.[9] 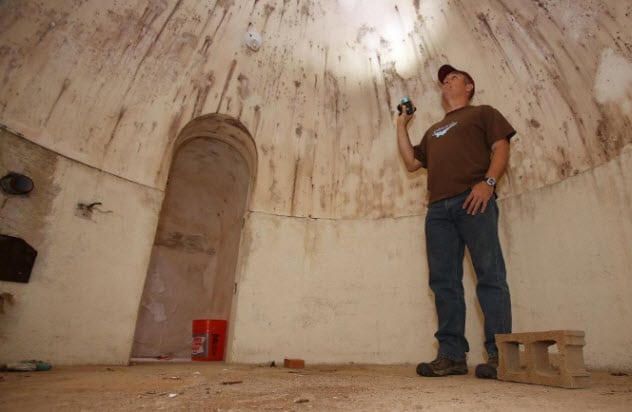 John Sims discovered a Cold War–era fallout shelter underneath the lawn of his Tucson, Arizona, home. He uncovered the shelter after receiving a tip from a previous owner of the home.

Sims started digging shallow holes in the backyard, but he began to believe that the shelter had either collapsed or was under a bricked-in corner of the yard. After hiring a consultant with metal detectors who found where to dig, Sims hit the metal cap that covered the entrance of the shelter.

He discovered that the shelter was from 1961 and had been built by Whitaker Pools. Made of concrete with a domed fiberglass ceiling, the bunker could be entered by walking down a spiral staircase. It led to a large room that was emptied of any furniture.[10]

The shelter appeared to have been deliberately closed off after the Cold War. Between the 1960s and 1980s, 18 intercontinental ballistic missiles with nuclear warheads were deployed in the desert around Tucson, making the city no stranger to the Cold War. Sims plans to restore the bunker to its original glory.

Read about more fascinating finds made by ordinary people on Top 10 Crazy Storage Unit Finds and 10 Incredible Attic Finds That Will Really Surprise You.