[WARNING: this list contains images that may offend] This is a list of secret projects that have since been found to be true in light of released (either officially, or unofficially) documents. Some have long been the source of conspiracy theories while others have been accepted by the mainstream as real. In no particular order: 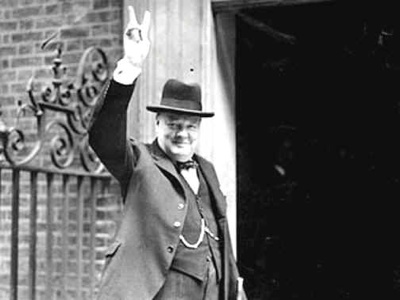 Declassified documents reveal that Churchill was opposed to Allied plans for war crimes trials and wanted summarily to execute leading Nazi figures including Hitler who he regarded as “the mainspring of evil” and a “gangster”, and was also content to see Indian independence leader Mahatma Gandhi starve to death during a hunger strike in 1943.

They also show that he was willing, against the advice of his Cabinet colleagues, to “wipe out” defenceless German villages in retaliation for Nazi atrocities in Czechoslovakia.

Churchill’s choice of the electric chair was despite the fact that it was never used in Britain before the final abolition of the death penalty in 1965. source. 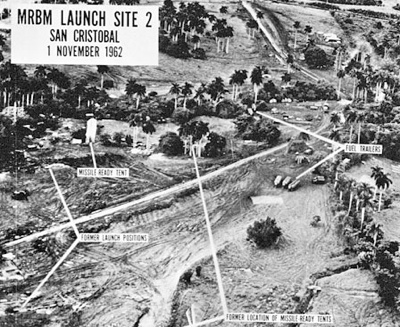 According to secret and long-hidden documents, the Joint Chiefs of Staff drew up and approved plans for what may be the most corrupt plan ever created by the U.S. government – a fake terrorist attack on citizens.

Code named Operation Northwoods, the plan, which had the written approval of the Chairman and every member of the Joint Chiefs of Staff, called for innocent people to be shot on American streets; for boats carrying refugees fleeing Cuba to be sunk on the high seas; for a wave of violent terrorism to be launched in Washington, D.C., Miami, and elsewhere. People would be framed for bombings they did not commit; planes would be hijacked. Using phony evidence, all of it would be blamed on Castro, thus giving Lemnitzer and his cabal the excuse, as well as the public and international backing, they needed to launch their war.

One idea seriously considered involved the launch of John Glenn, the first American to orbit the earth. On February 20, 1962, Glenn was to lift off from Cape Canaveral, Florida, on his historic journey. The flight was to carry the banner of America’s virtues of truth, freedom, and democracy into orbit high over the planet. But Lemnitzer and his Chiefs had a different idea. They proposed to Lansdale that, should the rocket explode and kill Glenn, “the objective is to provide irrevocable proof that the fault lies with the Communists et al Cuba. PDF file showing the original documents.

US documents declassified in the 1970’s show that General Giovanni de Lorenzo, the chief of Sifar (Italian Military Intelligence), joined the US in the 1950’s in preparing a plan against a Communist takeover, but did not inform his own government. According to a document released by Mr Andreotti the CIA and Sifar sketched a plan in November 1956, codenamed Gladio, to form a force of 1000 men capable of guerilla warfare and espionage. A training base was set-up in Sardinia and 139 weapons and ammunition dumps were hidden in Northern Italy.

Gladio was controlled by NATO’s Clandestine Planning Committee; attached to Supreme Headquarters of the Allied Powers in Europe. It was appropriate that the documentaries should be made by the BBC, since Britain’s MI6 and SAS were key movers and trainers, along with the CIA, in the Gladio operation.

In 1990 the Italian secret army was exposed by Italian Prime Minister Giulio Andreotti to the Italian Senate, whereupon the press spoke of “The best kept, and most damaging, political-military secret since World War II”.

“On the morning of August 2, 1980, a massive bomb exploded in the waiting room of the central train station in Bologna, killing 81 people and injuring 200 others. General Santorito, the chief of Italy’s military intelligence agency, SISMI testified in the wake of the bombing that it had been planned by the British-Swiss-American ‘Montecarlo Comite’ based in Monaco.”

Google has unfortunatley removed the first two episodes of a three part documentary on Operation Gladio. Part three is shown above. 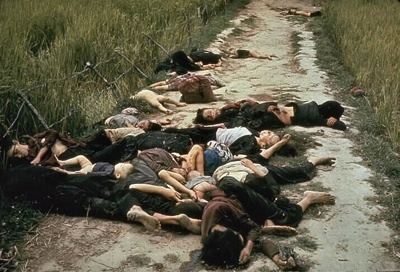 The My Lai Massacre was the mass murder of 347 to 504 unarmed citizens of the Republic of Vietnam (South Vietnam). They were almost entirely civilians, the majority of them women and children. The massacre was conducted by U.S. Army forces on March 16, 1968. Before being killed some of the victims were raped and sexually molested, beaten, tortured, or maimed. Some of the dead bodies were also mutilated.

Six months later, Tom Glen, a 21-year-old soldier of the 11th Light Infantry Brigade, wrote a letter to General Creighton Abrams, the new overall commander of U.S. forces in Vietnam, accusing the Americal Division (and other entire units of the U.S. military) of routine and pervasive brutality against Vietnamese civilians. The letter was detailed and its contents echoed complaints received from other soldiers.

Colin Powell, then a 31-year-old Army Major, was charged with investigating the letter, which did not specifically reference My Lai (Glen had limited knowledge of the events there). In his report Powell wrote: “In direct refutation of this portrayal is the fact that relations between American soldiers and the Vietnamese people are excellent.” Powell’s handling of the assignment was later characterized by some observers as “whitewashing” the atrocities of My Lai. In May 2004, Powell, then United States Secretary of State, told CNN’s Larry King, “I mean, I was in a unit that was responsible for My Lai. I got there after My Lai happened. So, in war, these sorts of horrible things happen every now and again, but they are still to be deplored.” further info from the BBC in 1988. 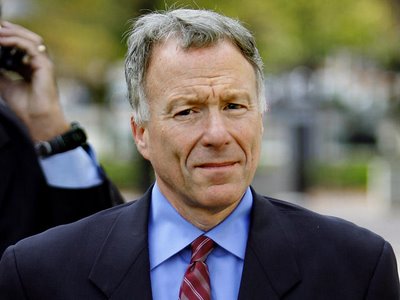 On September 16, 2003, the CIA sent a letter to the US Department of Justice asserting that Plame’s status as a CIA undercover operative was classified information and requested a federal investigation. Attorney General John Ashcroft referred the matter to the U.S. Department of Justice Office of Special Counsel, directed by Patrick Fitzgerald, who convened a grand jury. The “CIA leak” grand jury investigation did not result in the indictment or conviction of anyone for any crime in connection with the leak itself. However, I. Lewis Libby, Chief of Staff of Vice President Dick Cheney was indicted on five counts of obstruction of justice, perjury, and false statements to the grand jury and federal investigators on October 28, 2005; Libby resigned hours after the indictment.

The highest proflie of these scientist was Wernher Von Braun the man who masterminded the Moon shots, and a member of numerous Nazi organisations, he also held rank in the SS. His initial intelligence file described him as “a security risk”. The US operation saw von Braun and more than 700 others spirited out of Germany from under the noses of the US’s allies. Interesting side piece: do some snooping and find out what and who links Werner von Braun and L. Ron Hubbard. 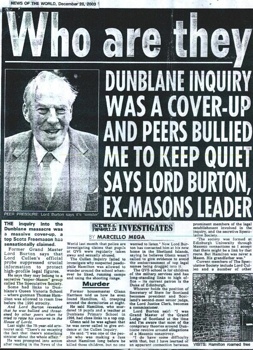 The Dunblane killer Thomas Hamilton might have been stripped of his firearms licence had prosecutors heeded police reports about his worrying behaviour towards children, according to secret files.

These include claims that police were tipped off that Hamilton was armed and en route to Dunblane Primary School, that he was a Freemason and received favours from Masons in the police allowing him to avoid prosecution, and that he was part of a paedophile ring that included members of the security forces. Lord Cullen on completing the public inquiry into the murders of 16 children and their teacher, ordered the documents in the case sealed for an extraordinary 100 years. Even the major media in Scotland thought this smelled funny. What was being hidden?

The report banned under the 100-year rule was com piled by Paul Hughes, then a detective sergeant with Central Scotland police, and concerns Thomas Hamilton’s activities at a summer camp in Loch Lomond in 1991, five years before the shootings. Selected extracts published during the Cullen inquiry revealed that it recommended Hamilton should be prosecuted for his activities at the summer camp and that he should have his gun licence revoked. The report, however, was ignored.
In October 2004, former conservative party chairman Lord Tebbit added his voice to the growing outrage at this decision, and in October 2005 half of the files were opened. Press reports suggested that the papers showed Hamilton be a paranoid obsessive, much given to writing letters of complaint to all and sundry; a paedophile ring has not been found.

On June the 8th 1967, during the six day war, Israel deliberately attacked the intelligence collection ship USS Liberty, in full awareness it was a U.S. Navy ship, and did its best to sink it and leave no survivors. The attack killed 34 U.S. servicemen and wounded at least 173.
Scores of intelligence analysts and senior officials have known this for years. That virtually all of them have kept a 40-year frightened silence is testament to the widespread fear of touching this live wire. According to NSA documents – classified top secret – some senior officials in Washington wanted above all, to protect Israel from embarrassment.
this video gives a brief overview of the incident along with a few others of note. Supporting Documents. 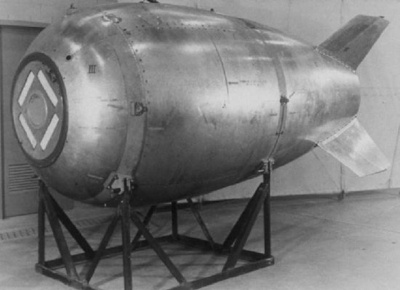 Classified documents obtained by a group of former workers at Thule, an Arctic air and radar base built by the United States in 1951-52, suggest that one of four hydrogen bombs on a B-52 bomber that crashed there in 1968 was never found, the daily Jyllands-Posten said “Detective work by a group of former Thule workers indicates that an unexploded nuclear bomb probably still lies on the seabed off Thule”, the mass-circulation daily said.

The crash, on January 21, 1968 led to a crisis in relations between the United States and NATO ally Denmark, which is responsible for Greenland’s foreign, security and defense policy and at the time prohibited nuclear weapons on its territory, including Greenland. Denmark was never informed about the lost bomb, which has serial number 78252, the paper said.

A U.S. state department document dated August 31, 1968 said all weapons onboard the crashed aircraft had been accounted for but did not spell out whether they had been recovered. The United States assured the Danish government in spring 1968 that clean-up work after the B-52 crash had been completed and gave up searching for the lost bomb in August that year.

Home to a ballistic missile early-warning radar station, Thule sits at the midpoint of a chain of similar sites between Alaska and the British Isles — a line along which the United States may build a shield against missiles from what it calls states of concern such as North Korea, Iraq, Iran and Libya.

1
The Templars and the Vatican 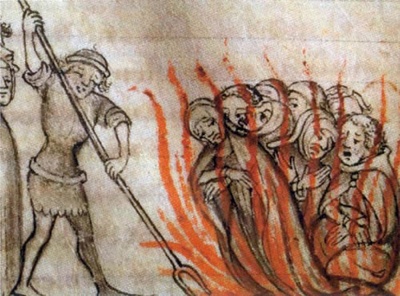 In October 2007 the vatican published secret documents about the trial of the Knights Templar, including a parchment – long ignored because of a vague catalog entry in 1628 – showing that Pope Clement V initially absolved the medieval order of heresy. The Vatican work reproduces the entire documentation of the papal hearings convened after King Philip IV of France arrested and tortured Templar leaders in 1307 on charges of heresy and immorality.

According to the Vatican archives website, the parchment shows that Clement initially absolved the Templar leaders of heresy, though he did find them guilty of immorality, and that he planned to reform the order. However, pressured by King Philip (who threatened schism), Clement later reversed his decision and suppressed the order in 1312. Jacques de Molay, grand master of the Templars, was burned at the stake in 1314 along with his aides.