We are, once again, living through the era of the Space Race. The celestial conflict has hauled itself out of the ashes of the Cold War and into the 21st century. Our global leaders are preparing to lock horns in another ego-fueled feud for cosmic supremacy.

The current Space Race sprawls much further than the US-Soviet schism of the 1900s. These days, there are dozens of contenders desperate to plaster the skies with their national flag or corporate logo. From Beijing to Bavaria, Bangalore to Jeff Bezos’ boardroom, plans are being drawn up, spacecraft designs finalized.

But with an abundance of space agencies comes an abundance of scandals. Plenty of Listverse writers have covered NASA’s murky history before, but for some reason, they chose to ignore the US’s aerospace rivals. Surprising. After all, these institutions are far from squeaky-clean. Behind the bulging front of the ISRO or the curved white exterior of the European Space Agency lurks all manner of devious wrongdoings. Here are some of the worst secrets plaguing space agencies today.

Until recently, Tapan Misra had been a senior figure in Indian aerospace. During his time at the ISRO, India’s national space agency, he was involved in surveillance satellite technology. But in 2017, the scientist claims he was the victim of an assassination attempt after someone tried to poison him.

On May 23, Misra alleges he was fed snacks laced with poison at ISRO headquarters in Bangalore. The scientist suffered acute blood loss as a result of the poisoning. The next day, he was taken to hospital for treatment. He went on to experience a range of serious medical issues, including breathing difficulties, skin eruptions, and hypoxia.

Home affairs later discovered that Misra had been poisoned with arsenic trioxide. With this information, doctors were able to administer a remedy and save Misra’s life. Misra says his treatment lasted for two years. During that time, he was removed as director of the Space Applications Center (SAC).

Misra claims there have been other attempts made on his life. The former director says he survived an explosion in his lab when a fire broke out at the SAC. He also alleges that someone released venomous snakes into his home.[1]

A former Israeli security chief has spoken out about an alien conspiracy that he claims goes all the way to the US president. Haim Eshed, who previously headed the space doctorate of Israel’s Defense Ministry, alleges that a “galactic federation” is in contact with key officials on Earth.

He told the newspaper Yediot Aharonot that the aliens are hoping to understand more about humanity. The celestial voyagers are said to be scouring the cosmos for information about “the fabric of the universe.”

Eshed explained to a bemused journalist that US officials have teamed up with the extra-terrestrial explorers to build an “underground base in the depths of Mars.” He went on to claim that Donald Trump had been about to reveal the cosmic conspiracy during his presidency. But the former president was advised to keep quiet to prevent mass hysteria.

“The Unidentified Flying Objects have asked not to publish that they are here,” Eshed explained. “Humanity is not ready yet.”[2] 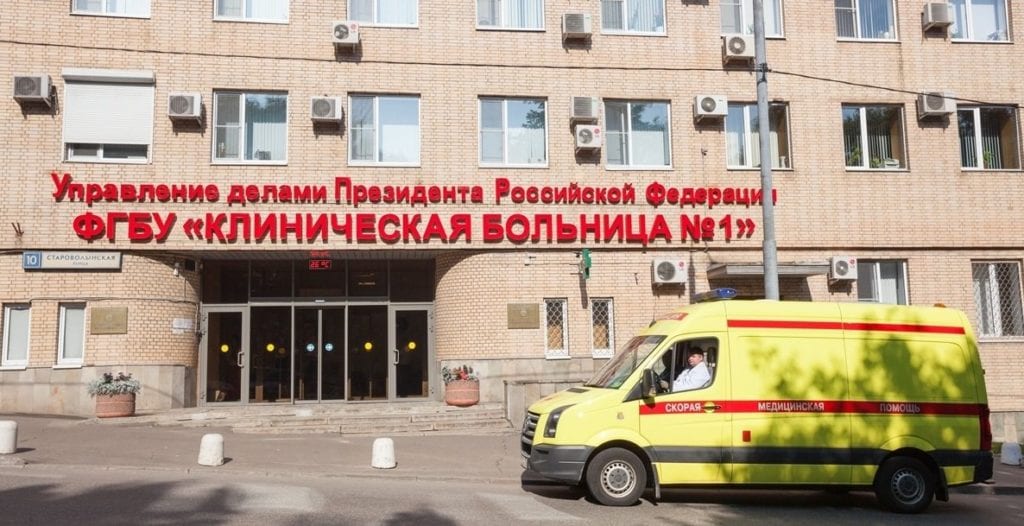 In 2020, Russia’s state healthcare became the subject of suspicious scrutiny after three doctors fell out of hospital windows in nine days. Two of them died; the other was hospitalized with a fractured skull.

The first, Natalya Lebedeva, had been chief of emergency medical services in Star City – Russia’s astronaut training grounds. When the covid-19 outbreak began, Lebedeva is thought to have treated Moscow’s first coronavirus patient. But the cosmonaut clinician soon fell ill with the virus herself. On April 20, the 48-year-old was taken to the Federal Scientific Clinical Center in Moscow. Only four days into her treatment, Lebedeva plummeted from the hospital’s sixth-floor window. She died instantly.

The hospital chalked up Lebedeva’s death to a terrible accident. But then, a few days later, two more doctors fell out of hospital windows. Yelena Nepomnyashchaya, a senior practitioner in Siberia, fell in the middle of a conference call. She was rushed to hospital but, after a week in intensive care, sadly died.

Ambulance doctor Alexander Shulepov was receiving treatment at Novousmanskaya hospital after contracting covid-19. Less than two weeks before his fall, he uploaded a video online claiming hospital officials were forcing him to work despite being ill with the virus. He was hospitalized with serious injuries, but thankfully he later recovered.[3]

At the height of the Cold War, the Kremlin was rife with paranoia. USSR officials feared that the US was about to launch an assault on their prized spacecraft. So, in the 1970s, they developed an artillery weapon that could be operated in space.

The Soviet space cannon was a highly secretive project. Designed by Aron Rikhter, the R-23M Kartech was capable of firing thousands of shots per minute. The 14.5-millimeter cannon blasted out 200-gram shells at a speed of690 meters per second. In its ground test, the weapon is said to have penetrated a metal canister from a mile away.

Scientists installed the R-23M Kartech as a self-defense weapon on the Almaz space station, one of the most classified Soviet projects of the Cold War. Almaz, named after the Russian word for diamond, was a military outpost on the edges of the Earth’s atmosphere fitted with sophisticated spy technology.

During the Cold War, the Kremlin denied having weaponized spy stations in orbit. But decades later, it came to light that not only had they built a space cannon, but they had also fired it in space. Soviet officials carried out a test firing on January 24, 1975, blasting around 20 shells into the atmosphere. They even fired up the craft’s jet thrusters to balance out the recoil.

The results of the test have never been released to the public. But, when it came to updating the Almaz design, the Soviets decided to replace the cannon with a pair of interceptor missiles.[4]

In 2018, Japanese officials raided JAXA, Japan’s national space agency, over a political scandal. Kazuaki Kawabata was arrested for bribery. He was charged and later sentenced for accepting bribes from executive Koji Taniguchi.

Taniguchi wined and dined the politician on many occasions while he was on loan to JAXA. In total, he plied Kawabata with ¥1.4 million ($13,000) worth of food and drink. In return, Kawabata helped him out with various favors. This included convincing astronaut Satoshi Furukawa to take part in an event at Tokyo Medical University. Kawabata is currently serving a three-year suspended sentence for his deceit.[5]

Jim Bridenstine is one of the most controversial people to helm the US space agency. The former politician caught a large amount of flak when he became NASA administrator. After a thorny selection process, he stepped up to the role in 2018.

As a climate change skeptic, Bridenstine drew scorn from the US left-wing. He was also criticized for his lack of scientific know-how. Until recently, NASA has almost always been led by someone with a background in science. Bridenstine was viewed as an interfering statesman. People worried that he would try to commercialize NASA. Nevertheless, after three successful years as head of NASA, he stepped down in 2021.[6]

4 Satellites Under Attack From Hackers

Soaring through the atmosphere is a network of potential weapons. Many of the satellites orbiting the Earth today are exposed to cyberattacks. Companies like SpaceX and OneWeb have rushed to fill the skies with their brand of satellites. But amid that clamor, cyber experts say they have overlooked the security of their spacecraft.

If hackers managed to worm their way into these satellites, who knows what havoc they could wreak? On one hand, they could disable the spacecraft or jam their signals, which would be a nightmare for us back on Earth. But, more worryingly, they might be able to take control of the satellite’s thrusters and steer it into something.

NASA has been the victim of satellite hackers on several occasions. In 1998, hackers seized control of ROSAT, a joint project with the German Aerospace Center. They forced the satellite to point its solar panels directly at the sun. This caused its battery to fry and ROSAT burned out, crashing to Earth in 2011.[7]

Westcott Venture Park, Britain’s shadowy Cold War research center, is whirring back to life. During the 20th century standoff, Westcott was home to the UK’s rocket research facility. There, scientists came up with all manner of pioneering discoveries. Most notably, they developed the engines for the Skylark rocket. Between 1957 and 2005, almost 450 Skylark rockets were launched into space. Spaceflight historian Doug Millard called the spacecraft “an unsung British hero.”

After the end of the Cold War, Westcott Venture Park has been out of service for decades. But now, after an £8 million ($11 million) investment by the UK Space Agency, there is life once more in the secretive research center. Engineers are said to be working on hybrid motors for supersonic cars, powering space probes, and creating rocket engines that suck liquid oxygen out of the air.[8]

Rocket scientist Nambi Narayanan had his world turned upside when the Indian government accused him of being a spy. In 1994, South Asian authorities arrested the cryogenics expert. They accused him of colluding with Pakistan to steal technology. The press reported that he had been snared by two honey trappers in the Maldives. Narayanan was beaten by interrogators, locked up with a serial murderer, and detested by people across the country. The stress drove his wife to madness.

But, two years later, it came out that the case against Narayanan was made up. The local government had fabricated the whole thing. The scientist was given 18 million rupees ($250,000) in compensation. In 2018, the Supreme Court opened an investigation into his false arrest.[9]

Space: the next frontier for war?

Until recently, the idea of a militarized space force was something that only existed in the realm of science fiction. Laser blaster spacecraft and semi-automatic satellites seemed like ludicrous fantasies. But now, the cosmos is an arena for international conflict. Russia and China are both rumored to have space military capabilities. Now, the US and France have launched their space forces as well.

In 2019, Donald Trump established a new branch of the US armed forces: Space Force. The exact nature of Space Force is still unclear. But Trump claims it will protect America’s interests in the celestial battlefield. “Space is the world’s newest warfighting domain,” he said at an event in Maryland. “Amid grave threats to our national security, American superiority in space is absolutely vital.”[10]

Months later, France’s Emmanuel Macron unveiled his own plans to set up a “high command for space.” On the eve of Bastille Day, the European leader announced that the French air force would be renamed the Air and Space Force. French Minister of Defense Florence Parly told reporters that, by 2030, he hopes to have weaponized satellites in orbit. The spacecraft, Parly said, will be equipped with either machine guns or high-power laser weapons.[11]

But some experts fear that these heightened tensions could have disastrous consequences. Mark Gubrud is a physicist and professor in Peace, War and Defense at the University of North Carolina. He worries that the actions of global leaders are veering dangerously close to a space arms race. He warns that this course of events could end in “destabilization and nuclear war.”