Inspired by some other lists on The List Universe involving deaths of famous people I thought it might be interesting to write a list of well known people that lost their lives by drowning. I tried to make the list as entertaining as possible with pictures, clips and interesting facts about the drowning. It’s amazing how much one learns when you write a list!

Just a reminder to all the listversers: With summer right around the corner please be careful in the water.

Anyone who is a Johnny Carson fan is familiar with Carol Wayne. She, of course, played the funny and sexy matinee lady in the tea time movie skits. She was also in many TV shows throughout her career.

This is one item where the more I learned about the circumstances surrounding her drowning; the more suspicious it seemed. Carol Wayne and her companion, Edward Durston, were vacationing in Mexico and apparently she had an argument with him. It was reported that she left to take a walk on the beach. Her body was found three days later by a local fisherman. After the discovery of Wayne’s body, authorities discovered that Durston had checked out of the resort the day the couple argued, leaving Wayne’s luggage at the airport. An autopsy performed in Mexico later revealed no signs of drugs or alcohol in Wayne’s body.

But wait, there’s more… Edward Durston was also the friend and only person with Diane Linkletter (daughter of Art Linkletter) when she jumped to her death on 10-4-1969 from the kitchen window of her high rise apartment.

Maybe this is one of those series of unfortunate events but it just sounds kind of fishy to me.

Of all the drownings on this list this is certainly the most heroic. Delaney dived into a pond in Louisiana and tried to save three children who were screaming for help. The children were in a water hole left by recent construction work. Delaney did not know how to swim very well but dove in anyway. He managed to save one child while two of the other children and Delaney died by drowning. Delaney always had a history of helping others. Three thousand people attended his memorial service. 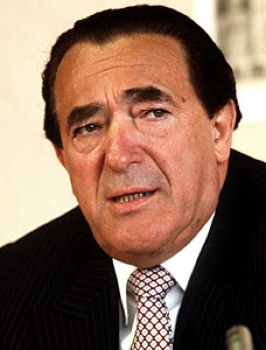 Maxwell is presumed to have fallen overboard from his luxury yacht while cruising off the Canary Islands. His body was found floating in the Atlantic Ocean. The official verdict was accidental drowning. It came to light in early 2006 that, before his death, Maxwell was being investigated for possible war crimes in Germany in 1945. This led to renewed speculation that his death was a suicide.

Maxwell’s death triggered a flood of revelations about his business dealings and activities. It was discovered that, without prior authorization, he had used hundreds of millions of pounds from his companies’ pension funds to finance his corporate debt and his lavish lifestyle. Thousands of Maxwell employees lost their pensions.

Anyone who watches “McHale’s Navy” will know who Joe Flynn is. He also appeared in a bunch of Disney films.

This is another drowning under odd circumstances. Shortly after completing voiceover work for the Disney animated feature, The Rescuers (1977) the 49-year-old Flynn was discovered by family members in the swimming pool of his Beverly Hills home. Apparently, he had gone into the pool with a cast on his broken leg. His body was found at the pool’s bottom, held down by the weight of the cast. Some celebrity friends including Merv Griffith expressed concern about the unusual circumstances surrounding Flynn’s death, though authorities found no evidence of foul play. Many believe Flynn suffered a heart attack while swimming.

On the day he was scheduled to reunite with his band members to resume work on an album, Buckley spontaneously decided to take a swim, fully-clothed, in the Mississippi river; he was caught in the wake of a passing boat and disappeared. Despite a determined rescue effort that night, Buckley remained missing. On June 4, his body was discovered. An album was released posthumously in 1998 under the title Sketches for My Sweetheart the Drunk; 2007 marked the 10th anniversary of Jeff Buckley’s death. His life and music were celebrated in May and June 2007. There were tributes in Australia, Belgium, Canada, United Kingdom, Iceland, Ireland, Macedonia, France and the USA.

Porter traveled to Thailand to appear at the Thailand International Jazz Festival. After the festival he went boating on the Kratha Taek reservoir. Tragically, the boat Porter was traveling on overturned, and Porter, along with several others, drowned. Porter was survived by his wife and two sons. In 1998, the album For Art’s Sake was posthumously released in his honor.
Porter’s charisma and great talent are evident in the clip above.

For the Listversers that are not from the States or are too young to remember, Jessica Savitch was a very skilled reporter and anchorwoman with a great future ahead of her. I remember hearing about her tragic death. What made it worse is the way she died.

Savitch had dinner with Martin Fischbein, vice-president of the New York Post, in New Hope, Pennsylvania. After the meal, they began to drive home (around 7:15 PM). Fischbein was behind the wheel and Savitch was in the back seat with her dog, Chewy. Apparently Fischbein missed posted warning signs in a heavy rainfall, and he drove out of the wrong exit from the restaurant and up the towpath of the Pennsylvania Canal on the side of the Delaware River. The car veered over the edge into the shallow water of the canal. The car landed upside down, and sank into deep mud that sealed the doors shut. Savitch and Fischbein were trapped inside as water poured in. When the car was discovered Fischbein’s body was still strapped behind the wheel, with Savitch and her dog in the rear. After the subsequent autopsies, the coroner ruled that both had died from asphyxiation (by drowning). He noted that Fischbein was apparently knocked unconscious in the wreck but Savitch had struggled to escape. There was no finding that drugs or alcohol had played any part in the crash. 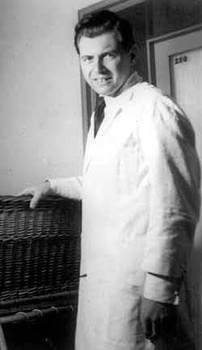 If there were a list of people you would most like to drown, Mengele would be on it. He is on this list because he really did but most would say not soon enough. While swimming in the sea, Mengela accidentally drowned possibly from a stroke in Bertioga, Brazil, where he was in hiding and going by the name of “Wolfgang Gerhard.” 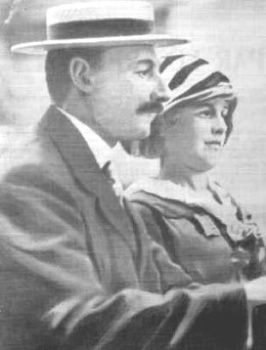 This is obviously the most famous of circumstances on this list surrounding a notable person drowning. John Jacob Astor IV was the wealthiest passenger on board the Titanic and came from one of the richest families in the United States.

After the accident Astor left his suite to investigate, he quickly returned and reported to his wife who was pregnant at the time that the ship had struck ice. He reassured her that the damage did not appear serious. Even as the boats were loaded Astor appeared unbothered; he ridiculed the idea of trading the solid decks of the Titanic for a small lifeboat. He changed his mind by 1:45AM when Second Officer Charles Lightoller arrived on A deck to finish loading Lifeboat 4. Astor helped his wife to climb onto the lifeboat and then asked if he might join her, as she was in ‘a delicate condition’. Lightoller told him that no men could enter until all the women & children had been loaded.

Astor’s body was recovered on Monday April 22 by the cable ship McKay-Bennett. Reports say his body was covered in soot and blood, thus it is assumed he was struck by the first funnel when it collapsed as the Titanic made its final plunge.

This is another drowning under suspicious circumstances. At around midnight, Jones was discovered motionless at the bottom of his swimming pool at his home in Hartfield, Sussex, England. His girlfriend, Anna Wohlin, said he was alive when they took him out of the pool, insisting he still had a pulse. However, when the doctors arrived, it was too late and he was pronounced dead. The coroner’s report noted his liver and heart were heavily enlarged by drug and alcohol abuse. Some felt it was suicide, blaming Jagger and Richards for his mental state. His girlfriend Wohlin claimed in 1999 that Jones had been murdered by a builder who had been renovating the house the couple shared. The builder, Frank Thorogood, allegedly confessed to the murder on his deathbed to the Rolling Stones’ driver, Tom Keylock; however, there were no other witnesses.

Wilson was on a friend’s yacht and after several drinks announced he was going for a swim. His friends thought he was nuts, because the water was so cold, he dove in, and decided to swim near the spot where his old yacht used to be docked. He emerged from the water holding a picture of his ex wife that he threw from his yacht years before. Wilson dove in again for more treasures but this time he didn’t resurface. Wilson was known for practical jokes so his friends thought he was playing around. They even checked the local bars to see if Wilson was hiding there. It took four divers working in the dark with a pole, probing the ocean floor, 45 minutes to find Wilson’s body in 13 feet of water.

If you ask people if they can name a well known person who drowned, Natalie Wood’s name would probably come up first 9 out of 10 times.

She would also be at the top or near the top of any most beautiful women in Hollywood list. I had a boyhood crush on her growing up and I remember how sad I felt when I first heard of her death. It’s hard to believe she has been gone for over 26 years. The circumstances concerning her drowning are still puzzling to this day.

After Thanksgiving, she and her husband Robert Wagner and Christopher Walken, whom she was working with on a film, went on to Catalina Island for the weekend. Apparently Natalie Wood tried to either leave the yacht or secure a dinghy from banging against the hull when she accidentally slipped and fell overboard. Later it was discovered a witness nearby heard calls for help at around midnight. She said the cries lasted for about 15 minutes and were answered by someone else who said, “Take it easy. We’ll be over to get you. “It was laid back,” the witness recalled. “There was no urgency or immediacy.” An investigation by Los Angeles County coroner Thomas Noguchi resulted in an official verdict of accidental drowning. Noguchi concluded Wood had drunk several glasses of wine and was intoxicated when she died. There were marks and bruises on her body that could have been received as a result of her fall.