Over the past decades, Televisionland has been blessed with shows that have garnered faithful multitudes of fans, and have influenced entire generations with their originality, compelling stories, and intricate universes. The fanatical commitment to these shows may at times be such, that fans are inspired to enthusiastically embrace these fictional worlds and create an entire culture around and beyond the shows themselves. These fans become a cult following of a show, and elevate such a show to cult status.

While there have been undeniable cult shows throughout the years (Star Trek, X-Files, Buffy, just to mention a few), they sometimes overshadow more recent and modern shows that enjoy cult status today. Here are the Top 9 cult shows currently running today. 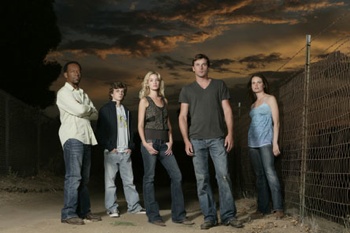 Jericho tells the story of a small town after a nuclear attack on major cities in the US. The plot involves political intrigue as seen from the perspective of the sealed-off town of Jericho, and a deep mystery regarding the state of the country in the aftermath of the attacks.

Jericho was cancelled by CBS after its first season run due too low ratings, but thanks to an intense campaign undertaken by the fans of the show, CBS was compelled to produce a second season. Sadly, the second season suffered from poor ratings as well, and it was cancelled yet again two months ago. Despite the intention of the fans to try bringing Jericho back once more, it’s very unlikely that Jericho will be returning to TV except in reruns. 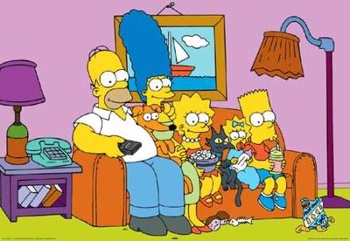 Who doesn’t know who The Simpsons are nowadays? The most famous nuclear family of all time has spent almost two decades lampooning American life and becoming an inseparable part of post-modern pop culture. Smart parodies of everything, a myriad of quirky characters, and often-hilarious situations have elevated the Simpsons into global super-stardom.

While some may argue that the Simpsons are not as funny as they once were, the series is still going strong, Simpsons quotes and jokes still abound in the minds of zealous fans, and many are still obsessed about where the heck Springfield is supposed to be at. 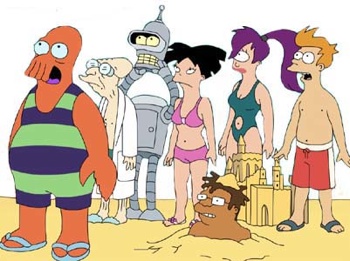 Futurama comes from the same creators of The Simpsons, telling the adventures of Phillip J. Fry, who has traveled 1,000 years into a future filled with sci-fi and pop culture parodies. With the same great humor as seen in the Simpsons, Futurama tells hilarious stories set in a ridiculous universe where anything can and does happen.

Another case of life after cancellation thanks to the fans, Futurama is coming back to life with a new series of movies for DVD. 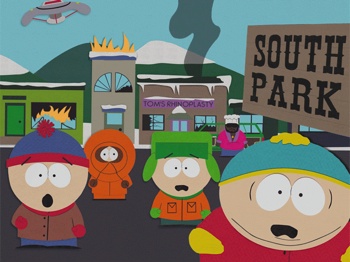 South Park is a Comedy Central animated “no-holds barred, anything-goes” satire, definitely not suitable for children or the weak of heart. Four children from the town of South Park, Colorado have to face the most politically incorrect situations found on TV, while satirizing current world events. This show deals with issues of racism, politics, religion, drugs, violence, war, and sex without even flinching.

But behind the scatological humor and shock value that South Park provides, may sometimes hide an unapologetic critique of modern society, so all the craziness and relentless insult from this show, as its loyal fanbase may know, should not be taken at face value. Still, you don’t need to overthink it in order to enjoy the (usually) uncensored antics of the residents of South Park. 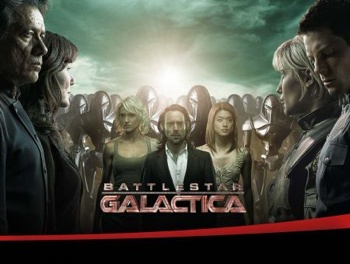 The new Battlestar Galactica TV series is known as a “re-imagining” of the original 1978 version. It tells the story of the last remnants of humanity as they journey across the stars aboard a fleet of ships led by the Battlestar Galactica ship, fleeing from the threat of the Cylons, and in search of the legendary lost colony known as Earth.

This modernized version enjoyed so much success as a mini-series that it became a full-fledged TV series in 2004 and is currently on its fourth season. The show became even more popular thanks to word of mouth and exposure on the Internet and elsewhere. Today it’s the subject of discussion and worship of many fans from all over the world. 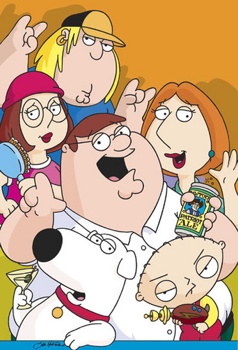 Family Guy is an animated series in the satiric vein of the Simpsons, with a dysfunctional family from Quahog, Rhode Island. The series currently consists of surreal stories often interrupted by ‘cutaway gags’, short sketches parodying celebrities, scenes from movies, and much more.

This series has miraculously been brought back from cancellation not once but two separate times, all thanks to the devotion and loyalty of its fans who kept good ratings on reruns and DVD sales. Both criticized and loved by many, Family Guy proves that cult followings have a very strong influence on TV. 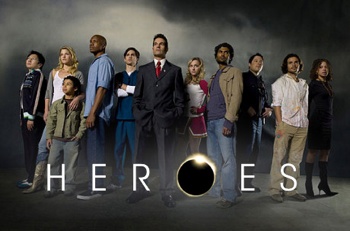 Heroes is a sci-fi drama series focusing on the lives of a group of people who begin to develop superhuman abilities, and must learn to adapt to them as they deal with their otherwise common lives, all while getting inevitably involved in a desperate race to save the world.

This series resembles in many ways comic book stories, not only theme-wise but also in its storytelling structure, and even in very lovely nods to comic book enthusiasts. The series has fleshed out a mythology of recurring themes and mysteries that provides an intricate and enthralling story, which many fans (even those who are not into comic books) have become obsessed with. 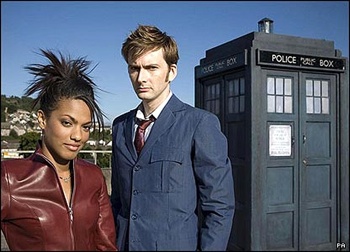 Dr. Who tells the story of a being only known as “The Doctor” who travels through time and space aboard the TARDIS along with his trusty companions, helping those in need, saving entire worlds time and again, and fighting many evil threats to the universe such as the dangerous Daleks and the nasty Cybermen.

The longest-running science fiction series in the world recently experienced a modern revival which has sky-rocketed its popularity in Great Britain and all over the world. The series has expanded its existence through numerous episodes, movies, spin-offs, and much more in a span of over four decades. And as it did so, a strong cult of loyal fans has evolved, rejoicing in the many adventures of The Doctor. Long debates as to who’s the best Doctor of all time are becoming much longer as you read this. 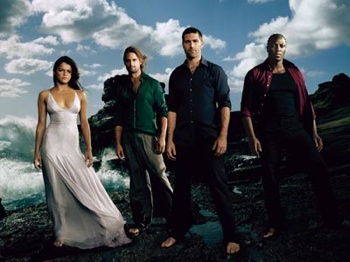 LOST, a drama/thriller series created by Damon Lindelof, J. J. Abrams and Jeffrey Lieber is… well, terribly difficult to describe. It started pretty simple: after crash-landing on an island in the Pacific, the survivors of Oceanic flight 815 must strive to keep alive while tackling the many mysteries and cryptic dangers that the island is hiding. But, as the series progressed, viewers discovered that the rabbit hole in this gem was much deeper than anyone imagined. Every character (of which there are many) has a troubled past and sins to hide, as depicted by the flashbacks that accompany each episode; mysterious ‘Others’ began to appear who threatened their lives and hid a much grander mystery about the Island; and much, much more. The mysteries and plot twists get more intricate and surprising as the show progresses, and will certainly make your brain hurt if you don’t pay attention. Most of this description, in fact, may have been rendered obsolete by recent episodes. Yup, it’s that crazy and amazing.

While some may argue that this show is too popular to be considered cult, you can discern the cult following of this show as those people who are obsessed with the complex mythology the show has created: theories about where and what the Island is, what the “the monster” is, what’s the deal with that DHARMA Initiative; and even be able to recite The Numbers from memory. I’m glad to say that describes me pretty well.