The lives of our greatest leaders have frequently been presented in movie form. A majority of films of this genre depict ancient leaders, but there have been a number of exceptional movies based on the lives of modern leaders. This is a selection of the 10 greatest portrayals in film of 20th century leaders.

10
Brian Keith as Teddy Roosevelt
The Wind and the Lion 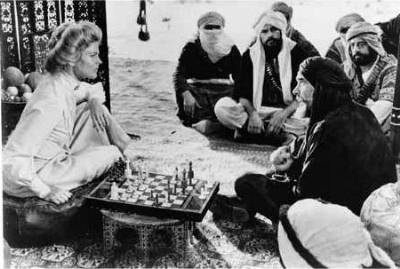 Those looking for a thorough history lesson on North African geopolitics in this Milius sand-and-saber epic will be sorely disappointed. But it’s an enjoyable and completely watchable adventure flick, with Sean Connery starring as the Berber king and Brian Keith as the embodiment of America as a rising imperial power. His Roosevelt is at once admirable and despicable, affable yet flamboyantly arrogant, complete with TR’s trademark broad grin. 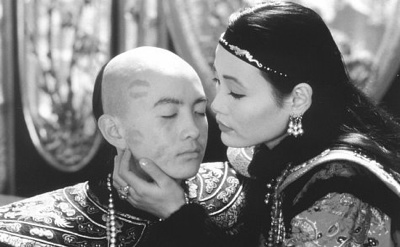 Pu Yi is one of the 20th Century’s most tragic figures. He was born the sovereign of a vast and ancient empire, only to witness it collapse entirely within his lifetime. Hong Kong actor Lone, in a ridiculously under appreciated performance, portrays Pu Yi as a man desperately clinging to an out-moded sense of tradition. In the end, as an old man visiting the Forbidden City as a tourist, he bequeaths the reigns of power to the new Maoist generation before silently passing into history. 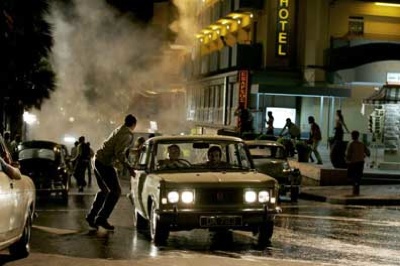 “Every civilization finds it necessary to negotiate compromises with its own values.” This account of the Israeli punitive operation against those believed responsible for the 1972 Olympics massacre, at its core, asks where justice ends and revenge begins. Based on outward impression, Cohen’s grandmotherly Meir hardly seems the type that would bless a secret mission of retribution. Then again, vengeance has a way of hardening even the softest heart.

The British Hopkins might not have seemed an obvious choice to play the often-maligned U.S. president in Oliver Stone’s biopic. However he plays Nixon as an extremely complicated man beset by feelings of inadequacy, not only from his political superiors (yes, superiors) but also from his mother, whose ghostly presence haunts Nixon at every turn. As his administration unravels amid a torrent of scandal and addiction, he resigns in an effort to avert what could have been a second civil war. In doing so, he reclaims not only his own destiny, but even a measure of nobility. 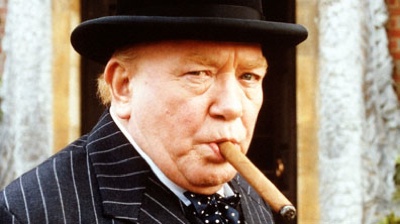 Could it be that Winston Churchill might have found his doppelganger in Albert Finney? It’s hard to watch this made-for-cable docudrama and not think so. He begins as an outsider, marginalized for his supposedly alarmist warnings about the rise of Nazism. He is singularly dedicated to his political career, leading to bouts of depression and tension with his wife. Finney shatters the stone layers of Churchill the Character to bring us Churchill the Man, complete with weakness and imperfection, as well as nerve and dignity. 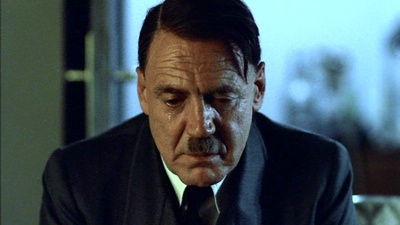 There is simply no way to sympathize with Adolf Hitler, and any attempt to do so through film (or any other means) is abominable. Ganz never sets out to create a sympathetic Hitler here. Instead, he gives us the living cadaver of a sick and twisted spirit who deceived millions into following him into perdition. Hitler and his regime are stripped of their mystique and invincibility – gone are the earth-trembling parades, the fluttering banners, and the hollow promises of empire. Utterly demystified and abandoned, Ganz’s Hitler awaits his coming ignominious death, but not before unleashing his madness, one last time, on those most loyal to him. 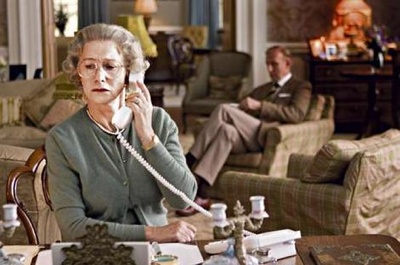 Helen Mirren may be the most talented actress of her generation, and with good reason: no one else has two Queen Elizabeths on her resume. Here, her portrayal of Elizabeth II is much like Pu Yi, holding fast to a tradition that fewer and fewer understand. Nobility is no longer a birthright, a fact that apparently everyone but the royal family now accepts. In the wake of Princess Diana’s death, the Queen must finally capitulate to the realities of a changed world, or risk destroying the monarchy forever. Kudos also to actor Michael Sheen as Tony Blair.

3
Forrest Whitaker as Idi Amin
The Last King of Scotland 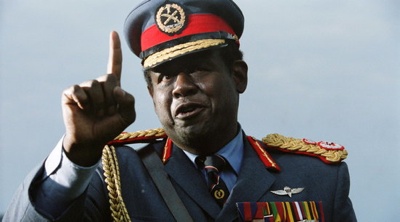 The thing that makes Amin the stuff of nightmares is not just his monstrous brutality, but the fact that we are so drawn to him. When we first meet Whitaker’s Amin here, we understand how he seduced the masses of Uganda into following him. He’s jovial, amiable, even fun. However when the opposition nearly assassinates him, we get a glimpse of his savagery, but not before our protagonist has become entangled in his web. As Amin sinks deeper in paranoia and violent mood swings, his true nature is revealed – a cruel, capricious child who charms the media as a quaint curiousity, while his death squads carry out mass murder on a rarely-surpassed scale. 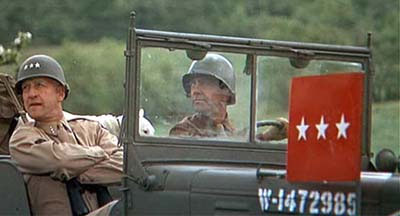 “Patton” tells the tale of General George S. Patton, famous tank commander of World War II. The film begins with Patton’s career in North Africa and progresses through the invasion of Germany and the fall of the Third Reich. Side plots also speak of Patton’s numerous faults such his temper and habit towards insubordination. Faults which would, eventually, lead to his being relieved as Occupation Commander of Germany. While Patton was not a political leader, like the others on this list, there is no doubt that he was a great military leader and the film itself is so good that it was selected for preservation in the United States National Film Registry by the Library of Congress as being “culturally, historically, or aesthetically significant”. 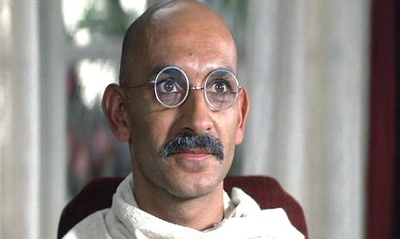 Simply one of the greatest performances of all time. Kingsley portrays the Mahatma from his early days in South Africa through India’s independence and postcolonial troubles and finally his assassination following the India-Pakistan partition. We feel the weight of the world that rests upon Gandhi’s shoulders as he strives to change society through nonviolence, a philosophy contrary to Man’s inherently barbarous nature. This film does not set out to tell the life story of Gandhi – that would be impossible for a reasonable time frame. Rather, we focus on his humility, piety and impossible serenity in the face of fanaticism and suffering. If you see only one more film for the rest of your life, let it be this one.