Having written a list on the ten most evil children in the world, I am very pleased to have received this submission of 7 children who are far from evil; they are children who have changed the world by their actions or examples. 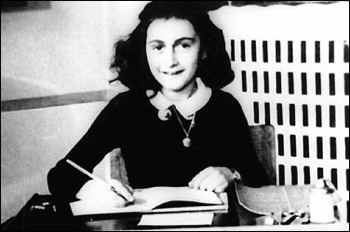 Annelies Marie “Anne” Frank was a German-born Jewish girl from the city of Frankfurt. She gained international fame posthumously following the publication of her diary which documents her experiences hiding during the German occupation of the Netherlands in World War II.

Anne and her family moved to Amsterdam in 1933 after the Nazis gained power in Germany, and were trapped by the occupation of the Netherlands, which began in 1940. As persecutions against the Jewish population increased, the family went into hiding in July 1942 in hidden rooms in her father Otto Frank’s office building. After two years, the group was betrayed and transported to concentration camps. Seven months after her arrest, Anne Frank died of typhus in the Bergen-Belsen concentration camp, within days of the death of her sister, Margot Frank. Her father Otto, the only survivor of the group, returned to Amsterdam after the war to find that her diary had been saved, and his efforts led to its publication in 1947. It was translated from its original Dutch and first published in English in 1952 as The Diary of a Young Girl. Anne Frank has been acknowledged for the quality of her writing, and has become one of the most renowned and discussed of Holocaust victims. 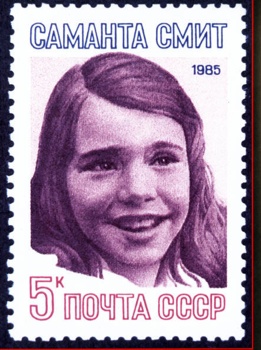 Samantha Reed Smith was an American schoolgirl from Manchester, Maine who became famous in the Cold War-era United States and Soviet Union. In November 1982, when Smith was 10 years old, she wrote to Soviet leader Yuri Andropov, seeking to understand why the relations between the Soviet Union and the United States were so tense. Her letter was published in the Soviet newspaper Pravda. Samantha was happy to discover that her letter had been published, however, she had not received a reply. She then sent a letter to the Soviet Union’s Ambassador to the United States asking if Mr. Andropov intended to respond. On April 26, 1983, she received a response from Andropov.

Smith attracted extensive media attention in both countries as a “Goodwill Ambassador”, and became known as “America’s Youngest Ambassador” participating in peacemaking activities in Japan. She wrote a book and co-starred in a television series, before her death at the age of 13 in the Bar Harbor Airlines Flight 1808 plane crash. 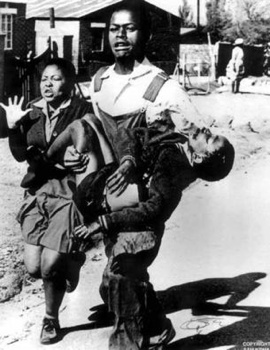 Hector Pieterson (1964 – 16 June 1976) became the iconic image of the 1976 Soweto uprising in apartheid South Africa when a news photograph by Sam Nzima of the dying Hector being carried by a fellow student, was published around the world. He was killed at the age of 12 when the police opened fire on protesting students. For years, June 16 stood as a symbol of resistance to the brutality of the apartheid government. Today, it is known as National Youth Day — a day on which South Africans honour young people and bring attention to their needs.
Since June 1976, Hector’s surname has been spelled Peterson and Pietersen by the press but the family insists that the correct spelling is Pieterson. The Pieterson family was originally the Pitso family but decided to adopt the Pieterson name to try to pass as “Coloured” (the apartheid-era name for people of mixed race), because Coloured people enjoyed somewhat better privileges under apartheid than blacks did.

On June 16, 2002 the Hector Pieterson Memorial and Museum was opened near the place he was shot in Orlando West, Soweto to honour Hector and those who died around the country in the 1976 uprising. 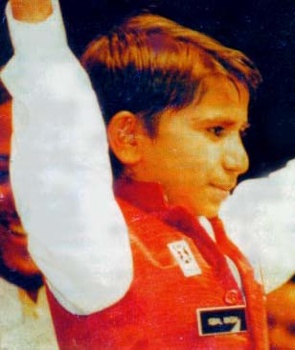 Iqbal Masih was a Pakistani boy who was sold to a carpet industry as a child slave at the age of 4 for the equivalent of (12) USD. Iqbal was held by a string to a carpet loom in a small town called Muridke near Lahore. He was made to work twelve hours per day. Due to long hours of hard work and insufficient food and care, Iqbal was undersized. At twelve years of age, Iqbal was the size of a six-year old boy. At the age of 10, he escaped the brutal slavery and later joined a Bonded Labor Liberation Front of Pakistan to help stop child labour around the world, and Iqbal helped over 3,000 Pakistani children that were in bonded labour, escape to freedom. Iqbal gave talks about child labour all around the world.

He was murdered on Easter Sunday 1995. It is assumed by many that he was assassinated by members of the “Carpet Mafia” because of the publicity he brought towards the child labour industry. Some locals were accused of the crime, however.

In 1994, Iqbal was awarded the Reebok Human Rights Award. In 2000, when The World’s Children’s Prize for the Rights of the Child was formed, he was posthumously awarded this prize as one of the first laureates. 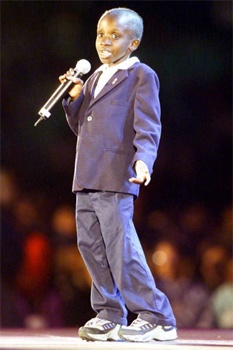 Nkosi, born Xolani Nkosi, was born to Nonthlanthla Daphne Nkosi in a township east of Johannesburg in 1989. He never knew his father. Nkosi was HIV-positive from birth, and was legally adopted by Gail Johnson, a Johannesburg Public Relations practitioner, when his own mother, debilitated by the disease, was no longer able to care for him. The young Nkosi Johnson first came to public attention in 1997, when a primary school in the Johannesburg suburb of Melville refused to accept him as a pupil because of his HIV-positive status. The incident caused a furor at the highest political level—South Africa’s Constitution forbids discrimination on the grounds of medical status—and the school later reversed its decision.
Nkosi was the keynote speaker at the 13th International AIDS Conference, where he encouraged AIDS victims to be open about the disease and to seek equal treatment. Nkosi finished his speech with the words.

“Care for us and accept us – we are all human beings. We are normal. We have hands. We have feet. We can walk, we can talk, we have needs just like everyone else – don’t be afraid of us – we are all the same!”

Nelson Mandela referred to Nkosi as an “icon of the struggle for life.” He was ranked fifth amongst SABC3’s Great South Africans. At the time of his death, he was the longest-surviving HIV-positive born child.

Together with his foster mother, Nkosi founded a refuge for HIV positive mothers and their children, Nkosi’s Haven, in Johannesburg.[6] In November 2005, Gail represented Nkosi when he posthumously received the International Children’s Peace Prize from the hands of Mikhail Gorbachev. Nkosi’s Haven received the US $100,000 prize money from the KidsRights Foundation as well as a statuette which has been named the Nkosi in Nkosi Johnson’s honour. Nkosi’s life is the subject of the book We Are All the Same by Jim Wooten. 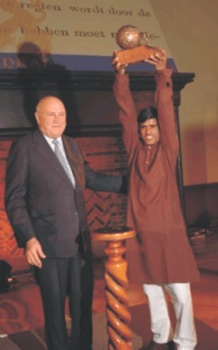 At the age of five, he was taken away from his parents and for three years he worked in the fields. After he was rescued by activists of Bachpan Bachao Andolan, Om campaigned for free education in his native Rajasthan. He then helped to set up a network of what are known as “child friendly villages”, places where children’s rights are respected and child labour is not allowed. He also set up a network that aims to give all children a birth certificate as a way of helping to protect them from exploitation. He also worked to ensure children are given birth certificates. He says such registration is the first step towards enshrining children’s rights, proving their age, and helping to protect them from slavery, trafficking, forced marriage or serving as a child soldiers.

He was awarded the International Children’s Peace Prize by former South African President FW de Klerk, who won the Nobel Peace Prize in 1993. 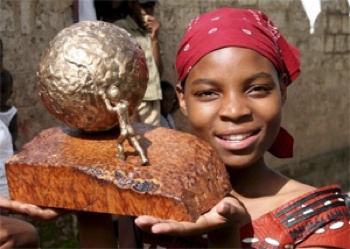 A 16-year-old Zambian girl, Thandiwe Chama of Lusaka’s Chawama township has scooped the 2007 International Children’s Peace Prize beating 28 other nominees from across the world. The prestigious prize was presented to Thandiwe in The Hague on Sunday by Nobel Peace Laureate, Betty Williams and Live8 initiator, Sir Bob Geldof. The Prize consists of a statuette – “the Nkosi” – and 100,000 euros, which are to be awarded to a direct aid project in the spirit of the young winner’s efforts.

In 1999, when she was only eight-years-old, her school was closed because there were no teachers. Thandiwe refused to accept this and led 60 other children in walking to find another school. As a result, all the children were taken into the Jack Cecup School. Strengthened by this achievement, Thandiwe has been fighting ever since for the right to education for all children. Thandiwe continues to impress, for example by speaking in church about children and AIDS – an issue not always discussed easily in churches. With a friend, she wrote and illustrated a booklet called “The Chicken with AIDS”, telling young children about the perils of AIDS.

“It’s so important to know that also a child has rights. At school I learned about rights. And I knew then that this was something I wanted to fight for. Because if children are given an opportunity, they for sure can contribute in making this world a better place.” – Thandiwe Chama

This article is licensed under the GFDL because it contains extracts from Wikipedia.