For those of you enjoying summer vacations, and for those us making plans for our vacation when winter ends, here is a great list of places to visit in Latin America. If you can’t visit Europe, it doesn’t mean you have to stay local for your holidays! For the purposes of this list, I have generally left out more frequently-visited spots such as Cancun, Acapulco, Costa Rica and Miami (considered by many to be part of Latin America) in the hope that people will want to venture beyond the tourist route and explore the real soul of this immense, diverse and beautiful part of the world. Feel free to share your own favorite Latin American travel experiences. 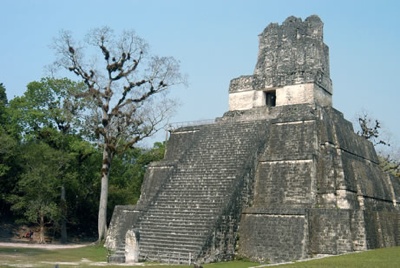 Take one of the direct international flights into Flores to explore this wondrous region. From the cobblestone streets of colonial Flores to the imposing Mayan ruins of Tikal, Peten offers an affordable and safe alternative for visitors to Guatemala. On a steamy summer day, you can dip into the cool waters of Lake Peten Itza or tour the caves of Ak’tun Kan. And make sure you take away some of the great local habanero chile salsa, unless you’re just too afraid of it. 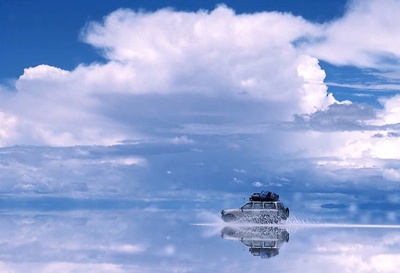 The world’s largest salt flat is located in Bolivia, and it offers one of the most unique landscapes on the planet. The Salar de Uyuni covers over 12,000 sq km, and the salt is over 10 meters thick in the center, creating in effect a salt tundra. In summer, the salt planes are a completely flat and bone-dry expanse, but in the wet season, it is covered with a thin sheet of water that is still drivable. Rent a land rover for a camping trip, or stay in a hotel that’s completely made of salt! Definitely for the more seasoned trekker, but a truly unforgettable experience. You’ll probably never walk on the moon, but in Uyuni, you’ll come pretty close. 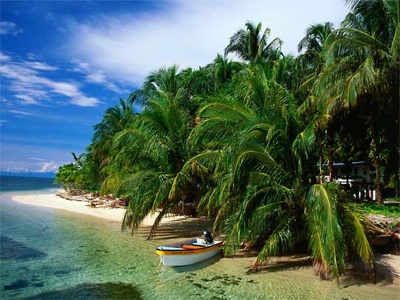 If you’re like me and passionately detest the hordes of tourists one associates with Costa Rica or other destinations, Panama might be a great alternative for you. Bocas del Toro is a small archipelago on the country’s western coast. Remote and difficult to access even today, the region’s indigenous and West African cultures have flourished over the centuries, and one usually hears more English or Creole than Spanish here. Check out nearby Red Frog beach for a quiet getaway, or take in some great snorkling in the reefs. Stay too long, and you’re likely to stay for good. 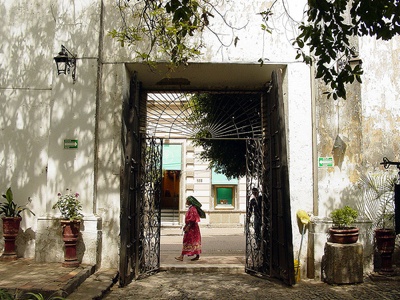 If there is such thing as a perfect climate, you’ll likely find it in Jalisco. Most come to Jalisco for the beaches of Puerto Vallarta, and it is undoubtedly a beautiful place. But if that’s not your thing, stay in the historic center of Guadalajara for some great food, music and museums – Old Mexico at its finest. Or tour the Jose Cuervo distillery for some free samples. You can also find less-crowded beaches like Barra de Navidad, La Manzanilla or San Patricio. Jalisco has much to offer, and you could easily spend weeks wandering around without even leaving the state. [Image Source] 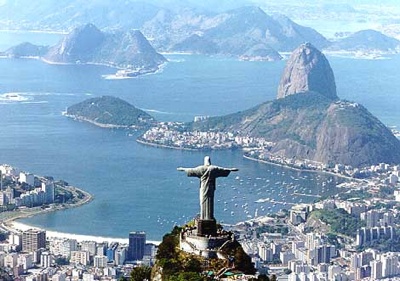 Founded in the 16th Century as a fortification against French pirates stalking the Portuguese trade routes, Rio has become one of those places whose very name conjures images of steamy tropical nights, sensual Latin rhythms and beautiful, scantily-clad women. And that’s pretty accurate. Take in the Carnival atmosphere of the “cidade maravilhosa” along Impanema or Copacabana beach, or a panoramic flight around Sugarloaf Mountain in a helicopter (well worth it). Sadly, Rio does have a reputation for crime, and you should take certain precautions while visiting, but don’t let it keep you away. 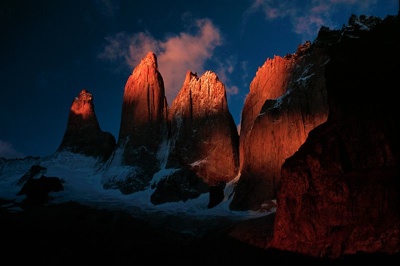 At the southern tip of the New World lies Torres del Paine National Park, in Patagonian Chile. Visiting here might leave you with the impression that you have reached the end of the earth, and that you’d be crazy to go one step further for fear of falling into some infinite abyss. In other words, it be way down there. The park is home to lakes, vast glaciers and mountains massive and sheer. It’s certainly a must-do for the outdoorsman, but it offers something else, not easily explained in a travel brochure. Somewhere between the deafening silence in the air, the mighty rocks crowned with mist and snow, and the eternal and inexorable march of the glacial ice, you will feel as though you have borne witness to the dawn of creation itself, and it’s extraordinary. 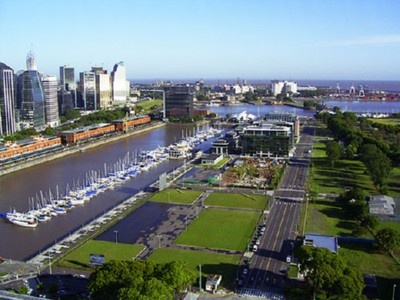 Tango, Madonna and escaped Nazis. That’s the extent of most people’s knowledge of this sprawling Argentine metropolis. Nevermind the quintessentially European feel of the place, it’s affordability, its world-class restaurants, its nightlife, its wine, its art. Nevermind the flourishing rock/hip-hop music scene, the internationally-renowned fashion industry or the cultural diversity born from being the capital of a nation of immigrants. Nevermind that you can fly there directly from the U.S., Europe and Australia for a reasonable price. Madonna? Who’s that? 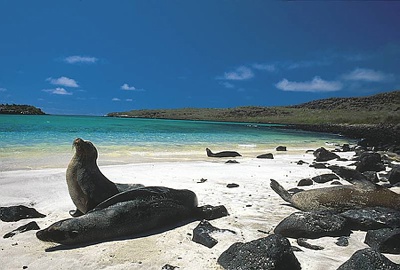 The Galapagos archipelago was claimed by the newly-independent Republic of Ecuador in 1832. Three years later, some egghead named Darwin visited the islands and came up with some universally popular scientific theories. Come to the Galapagos and it’s easy to see why he chose this spot. Giant tortoises, sea lions, penguins, albatrosses and countless other species rarely seen anywhere else can all be witness in this relatively small 19-island chain. Arrange your trip early, as restrictions to the delicate biosphere are understandably tight. And make sure you spend a few days there to help the local economy. 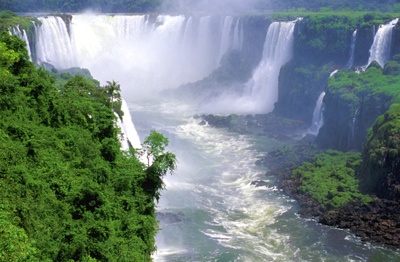 Amazonia. Vast beyond comprehension, remote, and tragically delicate. Spanning Brazil, Colombia, Ecuador, Venezuela, Bolivia, Peru, Suriname, Guyana and French Guiana, the Amazon is one of the last frontiers, and it’s disappearing at a staggering rate. There are many points of entry to the region, and one of the best is located near Manaus in Brazil’s Amazonas state. Follow a straight-line road 200 km to Jau National Park, a designated UNESCO World Heritage Site. Tropical, constantly wet (it IS a rain forest) and home to myriad species of dolphins, fish, birds, crocodiles, turtles, monkeys, jaguars, tapirs and insects, the park can be explored by boat for the adventurous or by foot for the suicidal. Fall asleep in a hammock to the calls of the wild, and be grateful to have glimpsed the splendor of this ecological treasure before it’s gone forever. 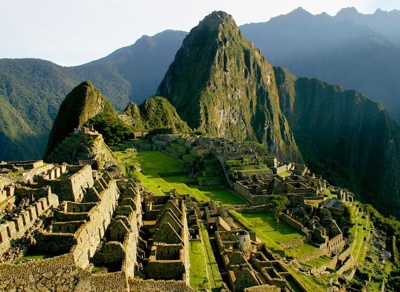 The Empire of the Inca once ruled supreme across the inhospitable mountains of Peru. Remarkably, they constructed entire stone cities without the need for cement, and built sprawling networks of roads along the spine of the Andes which are still passable today. The most famous is the Camino del Inca, or the Inca Trail. Hire a guide to take you on the four-day journey from Cuzco to Machu Picchu, once a great mountain stronghold of the Inca. If the altitude gets to you, chew on some coca leaves (yes, it’s legal – no, it’s not cocaine) while you take in some of the most breathtaking vistas the Western Hemisphere has to offer. Passing through the Sun Gate as the morning fog slowly fades over the spectral city, long before the tour buses arrive from Cuzco, you might feel as though Machu Picchu has been waiting hundreds of years just for you.

10 Unusual Bridges from Around the World You Need to Visit