Previously we posted a list on conspiracy theories, but the items on this list are not really suited to that genre. This is a list of bizarre theories or beliefs that many people subscribe to – with a list of the facts as far as modern science is concerned. This is not meant as a criticism of believers, but as a discussion of the theories and facts. 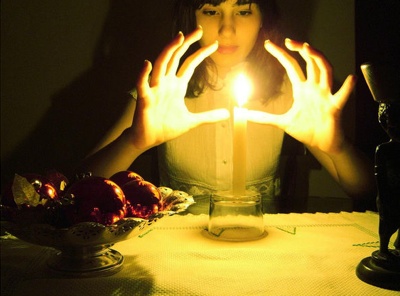 The Theory: The theory is by using certain objects such as a candle, a dagger and a wide variety of things you can bend the universe to your will completely ignoring the laws of physics and the practical laws of the universe.

The facts: Many people claim that they can use such powers as summoning demons, angels or other things and the OOBE or out of body experience under laboratory conditions but no one has been able to prove it so far. There are incidents that do defy logical explanations, such as some people’s claims of using the Ouija board, though since none of these events can be proven it is very weak evidence. 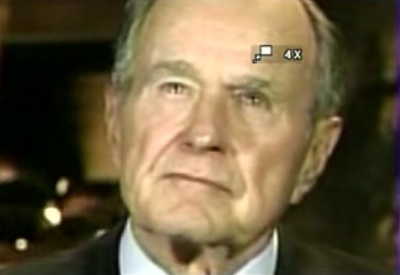 The Theory: This has to be one of the most outlandish theories ever brought forth, it is claimed most famously by David Icke but as well by several others. It states that the royal family of Britain, President Bush’s family as well as many other higher ups are actually aliens that are here to secretly take over earth, feeding off of humans to maintain their “human form”.

The facts: Most of the theorists proof consists of enhanced photos of people such as Mr. Bush with reptile looking eyes, though they have come forth with many other forms of proof such as videos and other reptile aspects of the reptoids here on earth. The videos all brought forth have been proven fake or are so obviously fake no one has wasted time and resources to look into it. 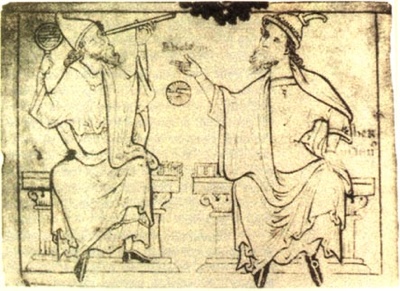 The Theory: The theory here is that the early Middle Ages never existed and we have been counting the earth almost 200 years older than it actually is.

The facts: Well, there is no solid way to prove or disprove it, since the very theory says the carbon dating of this age is flawed. They also claim the written test from that era is a forgery from people of that era. Though they have not put forth a reason why and there is no solid evidence from them to prove this theory since the basis of their theory stops us from being able to scientifically prove they are wrong. It is a matter of who believes what, though the evidence does seem to be stronger for the side against the Middle Ages not existing. Since all this theory says is that the carbon dating is incorrect and the writings are forgeries though we have an almost perfect time line with the carbon dating we use, we can almost cast this one aside without proof. 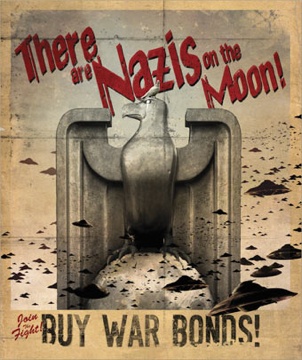 The Theory: The theory is the Nazis were much farther ahead than technology would allow them to be at the time. It ranges wildly but one of the most popular versions is that the Nazis landed on the moon as early as 1942 and established a moon base on the dark side of the moon. They also had establishments with at least half a dozen alien civilizations, and that the remaining Nazis remain on the moon to this day.

The facts: There are so many holes in this Theory, for example most skeptics believe that we haven’t had any contact at all with aliens as of yet, as well the dark side of the moon is freezing, they would need amazing machinery to accomplish living there. They would need a way to renew all their resources; this could be explained by growing plants for food and air. But they would also need an energy source of some kind, which there would have to be one not yet discovered by us back here on earth. 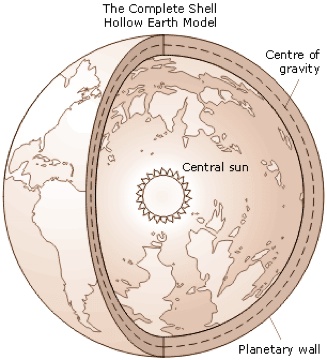 The Theory: The theory is the earth is actually hollow and is not filled with magma. It ranges from there being several layered shells on the inside (usually four) to the inside having ground like ours, with 800 miles of crust between us and them, most people usually say there is also an inner sun.

The facts: Though this is not quite as insane or as impossible as the others it is still highly unlikely. We don’t know for sure what’s under our earth’s crust but this theory completely forgets to mention where the magma that erupts from volcanoes comes from if the earth is hollow. As well, the inner sun would pose numerous problems such as the inner inhabitants most likely being sucked into its gravity or caught in solar flares from it. This theory is often supported by the fact that it is impossible to search the bottom of the Arctic currently for it. There is also a castle in Europe with defenses set to defend against an attack from the inside out. Since the hole to the inner earth is under a chapel in the castle, that would involve taking down the castle to check this theory, the owner’s won’t allow this, many often use this as proof. Note sometimes this and number 7 have been mixed together, saying the remaining Nazis fled to the inner earth. 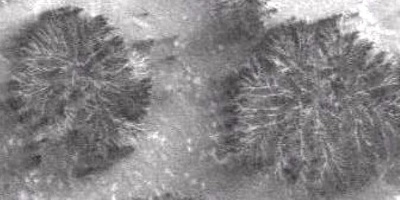 The theory: The theory here is that Mars is already being terraformed behind our backs by groups such as NASA and the ESA, it is a fairly new claim and is supported only by speculation and a few pictures.

The facts: First off the price, it seems almost no theorist takes price into account when they come up with these ideas, NASA is already having trouble as it is keeping themselves funded. The price of bringing something to Mars that could terraform it would cost billions, possibly even trillions. The computer technology required to make sure it did every little thing right would cost even more. Not to mention the time, it takes a Lander to get to Mars from earth so something that big would take years to get there and might not even work when it did. Our best bet for terraforming Mars at the moment is to take prehistoric microbes that feed off carbon dioxide and others gases and let them form Mars in the same way scientists think they formed earth. Of course this in itself would take millions of years, at the present there seems no way to terraform Mars and no reason to. 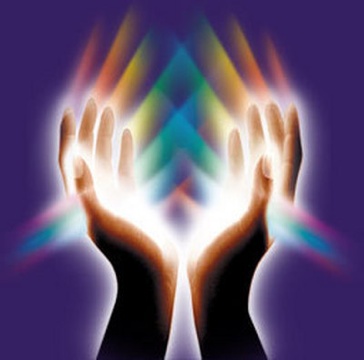 The Theory: The theory is that using your mind to think positive and encourage yourself and others to feel better really helps and can replace medicine.

The facts: Sadly this is believed by many people, and though it certainly can’t hurt for the common cold, since rest and relaxation are the best things for it after all. For more serious diseases people who really believe in this may not go to a doctor, and as such they can damage their body, or even kill themselves. This is no more effective than prayer which when it does seem to work can be explained away as coincidence. Many people actually do believe in it and luckily for some of them the placebo effect makes a major appearance, since they think their getting better, their bodies get stronger and they do sometimes pull through. 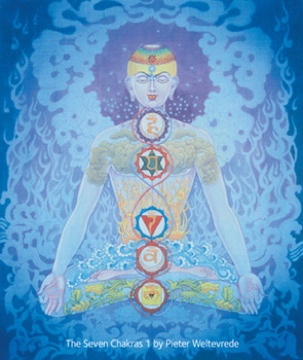 The Theory: We each have seven chakras going down from the top of our head to our feet, they can be used for a variety of things and awakening one can usually help you with a specific thing, such as enhanced hearing, sudden realization and the list goes on.

The facts: There is no way to prove these things exist. But people believe in them, some more so than a soul. They are usually connected with paranormal cases and as such usually don’t have any specific stories all their own. Though there have been some reports of people having slightly greater abilities or knowing what will happen before it does. This is usually explained by a ‘sixth sense’, often described as the brain’s way to activate the subconscious mind which helps us gather information and process it in such a way that we don’t know how we acquired it but we have the information. This can explain why people think they’ve been to places they never have, and many other feelings of that nature; this can also explain away almost all if not all of the chakra cases. 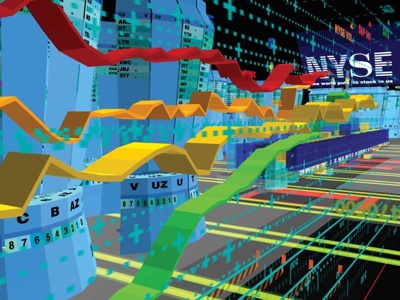 The Theory: The theory here is that life does not exist, we are all in fact test programs in a giant virtual reality or the players of that reality itself.

The facts: Once again there is no specific way to disprove this theory. Though it would mean in reality we would probably look much different or not exist at all. There is not much of a base for this to stand on, since it is another ‘can’t prove can’t disprove’ paradox, it is back to our own judgment. Strange as it may seem this theory could explain a lot of the problems with the world and things such as carbon dating. If we all were/are just test subjects in a large-scale virtual reality test, then all of the anomalies we find, and many of the world mysteries could be explained as bugs and glitches in the program. There is no solid proof that it does exist though, and it is most likely just generated by people’s fears of the age of technology we’re stepping into, and what it may do to us. 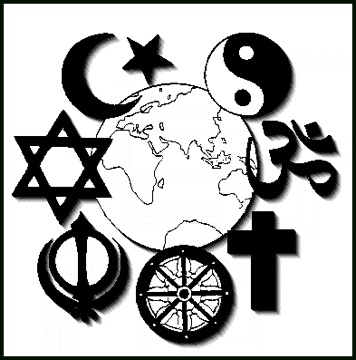 The Theory: Though the theory varies greatly from religion to religion, most of them believe that there is a being or beings greater then anything else in the universe that created the earth. It is still generally accepted in western civilization that there is a god.

The facts: We find ourselves at another paradox, there is no way to prove or disprove any religion. Many believers in their religion will often say god is testing us as he has faked much of the things we see in history. Such as dinosaur bones being millions of years old. However skeptics usually point out other facts, such as the second you accept one religion you are literally rejecting thousands of others. Skeptics will also point to the overwhelming evidence that all so-called effects of prayer can be explained through mere coincidence. They will also point to errors in the Bible writings, and problems with the whole idea of heaven in general. Despite this evidence many people continue to worship their gods. Skeptics generally believe that religion was established for one of two reasons. Reason one because people were scared and looked for a way to say this life isn’t all you get. The second reason is that people were confused and tried to come up with an answer as to why and how all this stuff got here, so they came up with the ideas of gods. None the less following certain things from certain religions isn’t necessarily a bad thing. The one common thing you will find in all religions usually written in different words but with the same meaning: do unto others what you would want others to do to you. A fine motto to live by.