Since 1929, 80 movies have been awarded the Best Picture Academy Award. Some of these have stood the test of time and critical and popular acclaim. Others – well – haven’t. For every Godfather there is a Terms of Endearment. With the help of IMDB (for rankings), this list contains the 15 least popular Best Pictures ever. If there are any “best of” movies you think deserve to be on the list, be sure to tell us in the comments. Here, they are from best to worst.

Aurora and Emma are mother and daughter who march to different drummers. Beginning with Emma’s marriage, Aurora shows how difficult and loving she can be. The movie covers several years of their lives as each finds different reasons to go on living and find joy. Aurora’s interludes with Garrett Breedlove, retired astronaut and next door neighbor are quite striking. In the end, different people show their love in very different ways.

The story, told in flashback, of two young British sprinters competing for fame in the 1924 Olympics. Eric, a devout Scottish missionary runs because he knows it must please God. Harold, the son of a newly rich Jew runs to prove his place in Cambridge society. In a warmup 100 meter race, Eric defeats Harold, who hires a pro trainer to prepare him. Eric, whose qualifying heat is scheduled for a Sunday, refuses to run despite pressure from the Olympic committee. A compromise is reached when a nobleman allows Eric to compete in his 400 meter slot.

Jerry Mulligan, a struggling American painter in Paris, is “discovered” by an influential heiress with an interest in more than Jerry’s art. Jerry in turn falls for Lise, a young French girl already engaged to a cabaret singer. Jerry jokes, sings and dances with his best friend, an acerbic would-be concert pianist, while romantic complications abound.

Films it beat: Decision Before Dawn; A Place in the Sun; Quo Vadis; A Streetcar Named Desire

A well-known writer at a progressive New York magazine decides to tackle anti-Semitism in a unique way as his first assignment. Gregory Peck’s character, Philip Green, pretends to be Jewish in order to write about the effects of bigotry. From being refused a job and access to public accommodations, to his son being verbally attacked and his fiancée expressing concern over his assumed identity, Green soon learns what it means to be the object of sectarian prejudice.

Films it beat: As Good as It Gets; The Full Monty; Good Will Hunting; L A Confidential

A burn victim, a nurse, a thief, and a sapper find themselves in each other’s company in an old Italian villa close to the end of World War II. Through flashbacks, we see the life of the burn victim, whose passionate love of a woman and choices he made for her ultimately change the lives of one other person in the villa. Not only is this film a search for the identity of the English patient, but a search for the identities of all the people in the quiet old villa.

Squire Allworthy brings up Tom Jones, abandoned as a baby in mysterious circumstances. Resented by Allworthy’s legitimate heir Blifil, Tom grows into an amiable rascal, fond of the fair sex. He loves Squire Western’s daughter Sophie, but when discovered by his tutors with a local girl Molly, he is banished by his benefactor. After numerous adventures he reaches London and embarks on an affair with the wealthy Lady Bellaston while Squire Western’s sister has arranged a marriage between Sophie and Blifil.

Films it beat: America, America; Cleopatra; How the West Was Won; Lilies of the Field

At the 1893 Chicago World’s Fair, sideshow barker Flo Ziegfeld turns the tables on his more successful neighbor Billings, and steals his girlfriend to boot. This pattern is repeated throughout their lives, as Ziegfeld makes and loses many fortunes putting on ever bigger, more spectacular shows (sections of which appear in the film). French revue star Anna Held becomes his first wife, but its not easy being married to the man who “glorified the American girl.” Late in life, now married to Billie Burke, he seems to be all washed up, but…

A study of the life of Danish noblewoman and storyteller Karen (‘Isak’) Dinesen Blixen, from her marriage and departure for Kenya in 1913 until her return to Denmark in 1931. As she tries to maintain a coffee farm through various struggles and disasters, and strives to improve relations with the local natives, her marriage of convenience to a titled aristocrat gradually gives way to an enduring romance with the noted hunter and adventurer Denys Finch Hatton.

Gaston (Jordan), the scion of a wealthy Parisian family finds emotional refuge from the superficial lifestyle of upper class Parisian 1900s society with the former mistress (Gingold) of his uncle (Chevalier) and her outgoing, tomboy granddaughter, Gigi (Caron). When Gaston becomes aware that Gigi has matured into a woman, her grandmother and aunt (Jeans), who have educated Gigi to be a wealthy man’s mistress, enjoin on him to become her provider and on her to accept such a golden opportunity. However, love adds a surprise twist to this delightful turn-of-the 20th century Cinderella story.

Films it beat: Auntie Mame; Cat on a Hot Tin Roof; The Defiant Ones; Separate Tables

When Phileas Fogg is challenged to prove his contention that a man can go around the world in 80 days, he bets his entire fortune and leaves with a new butler on a world tour. This Victorian adventure has a kicker; the bank of England has been robbed. Is this Fogg’s way of avoiding arrest? The detective following him believes so, and his butler is becoming unsure.

Films it beat: Friendly Persuasion; Giant; The King and I; The Ten Commandments

To ensure a full profitable season, circus manager Brad Braden engages The Great Sebastian, though this moves his girlfriend Holly from her hard-won center trapeze spot. Holly and Sebastian begin a dangerous one-upmanship duel in the ring, while he pursues her on the ground. Subplots involve the secret past of Buttons the Clown and the efforts of racketeers to move in on the game concessions. 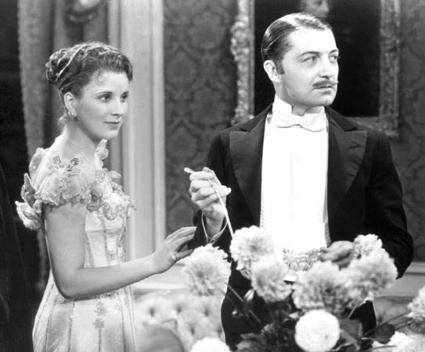 A cavalcade of English life from New Year’s Eve 1899 until 1933 seen through the eyes of well-to-do Londoners Jane and Robert Marryot. Amongst events touching their family are the Boer War, the death of Queen Victoria, the sinking of the Titanic and the Great War.

Films it beat: 42nd Street; A Farewell to Arms; I Am a Fugitive from a Chain Gang; Lady for a Day; Little Women; The Private Life of Henry VIII; She Done Him Wrong; Smilin’ Through; State Fair

Harriet and Queenie Mahoney, a vaudeville act, come to Broadway, where their friend Eddie Kerns needs them for his number in one of Francis Zanfield’s shows. Eddie was in love with Harriet, but when he meets Queenie, he falls in love to her, but Jock Warriner, a member of the New Yorker high society, courts her.

Films it beat: (unofficially – there were no official nominations that year): Alibi; The Hollywood Revue of 1929; In Old Arizona; The Patriot 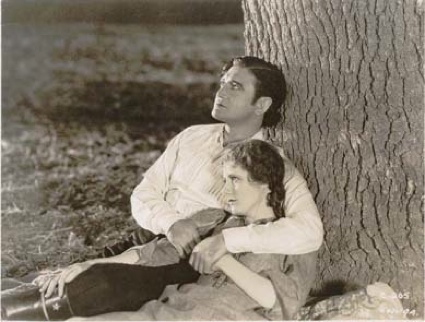 Forty years of social and urban progress in American life from 1889-1929 are seen through the life of a progressive newspaper editor/lawyer in Oklahoma, and the wife who resents his longing for the excitement of the frontier in the years after the Oklahoma land rush.

Some synopses courtesy of IMDB, the Internet Movie Database