Getting sick can be scary, especially when you’ve been infected with something that’s messing with your private parts—like gonorrhea, the second most common sexually transmitted disease (STD) in the US.

Gonorrhea causes pain when urinating, discharge, sore throat, fever, and achiness. Some of its symptoms are ignored because they’re associated with other illnesses, and some cases of gonorrhea are asymptomatic. Nevertheless, gonorrhea can be quickly and easily spread.

Adding insult to this already painful infection, gonorrhea’s street name, “the clap,” can be traced back to clapier, which is an old French term for “brothel.” “If you’ve spread the clap, give us a round of applause” is another old saying that suggests that giving the clap is some kind of accomplishment.

But gonorrhea is no celebratory matter. It has us scared for more reasons than just pain and discomfort.

10 The Inspiration For Its Name 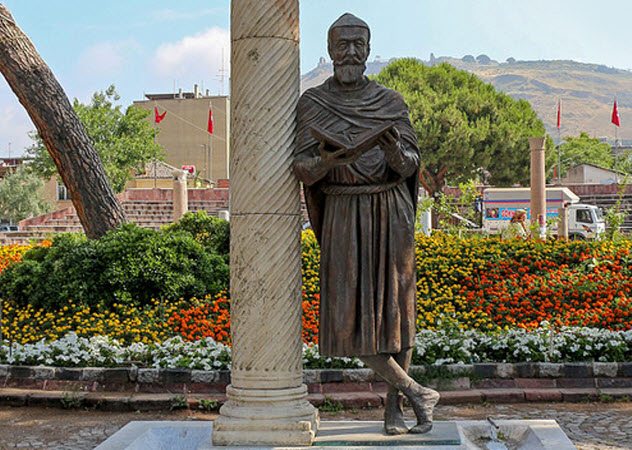 Its name was inspired by the thought of a penis dripping “seed” against its will. Gonorrhea was named by Galen, a Greek doctor, in the second century. The name “gonorrhea” refers to Galen’s impression that the discharge caused by the disease was “seed” flowing out of a patient’s penis. The discharge is likely what caused one of gonorrhea’s more well-known nicknames, “the drip.”[1] 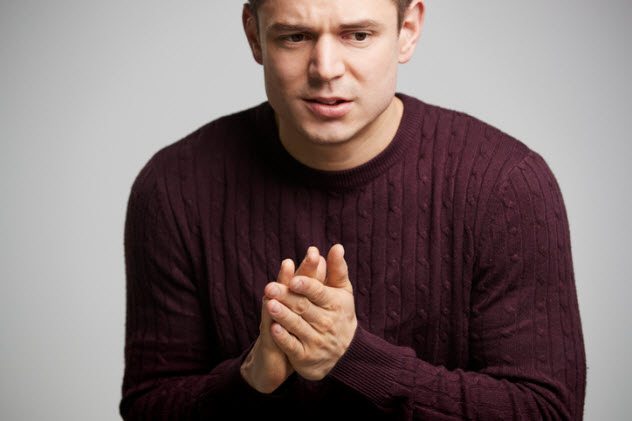 Gonorrhea is called “the clap” because of the way people used to treat its symptoms. The disease causes discharge in both males and females. Many infected men slammed heavy objects against their penises to release the discharge.

Some of these objects included a large book or the butt of a rifle, which is likely related to high rates of gonorrhea in soldiers during wartime. Now, the clap is usually treated with antibiotics. But with health officials expecting gonorrhea to become more resistant to drugs in the future, it’s a bit scary to think of the “slap down” treatment making a comeback.[2] 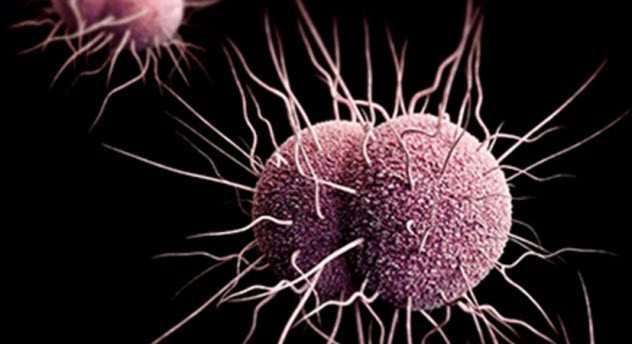 One reason why it’s becoming resistant is unprotected oral sex. Many patients with gonorrhea are treated for sore throats, one of its many common symptoms. But the disease then becomes resistant to the antibiotics prescribed for the sore throat.

Doctors are running out of options to treat gonorrhea, and world health professionals are freaked. “It’s at a critical stage. We’re at our last class of antibiotics,” says Thomas Hiltke, program officer at the National Institute of Allergies and Infectious Diseases Sexually Transmitted Infections Branch.[3]

7 More People Are Getting Infected 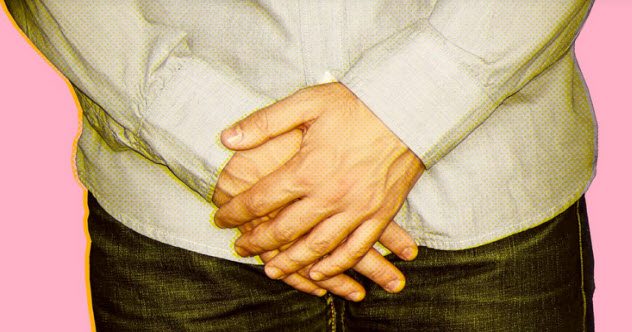 More people are getting infected, including individuals who are getting the superbug. From 2015 to 2016, the incidence of gonorrhea in the US increased by 18.5 percent to 468,514 cases. From the historic low point in 2009, gonorrhea cases have skyrocketed by 48.6 percent in the US.[4] Since 2015, at least 16 cases of antibiotic-resistant “super gonorrhea” have been reported.

Doctors in Japan confirmed one recent case involving a sex worker whose gonorrhea could not be treated with cefixime or ceftriaxone, which have been used to treat these kinds of super cases. Right now, antibiotics like azithromycin are being used to treat these cases, but even azithromycin has been ineffective in patients whose systems weren’t healed.

Coupled with the fact that funding for many STD and other health clinics has been slashed, it’s almost certain that these cases will continue to grow.

6 Gonorrhea Can Trigger Other Medical Problems

Gonorrhea may trigger heart problems later in life, and infected mothers may pass along the disease to their babies, resulting in blindness for the children.

Aside from causing things like pelvic inflammatory disease in females and sterility in males (like many sexually transmitted diseases do), those who have gonorrhea are at risk for having other medical problems years after being infected, including the inflammation of their heart valves.[5]

Even mothers with gonorrhea who give birth could pass along the disease to their children, who in turn could suffer some nasty eye infections or blindness. Most of all, gonorrhea causes misery. 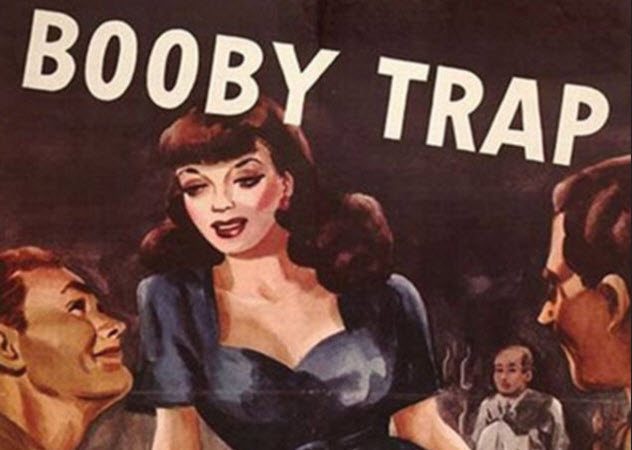 If you have gonorrhea, chances are that you have questionable moral character, too. According to C.V. Roman’s “Syllabus of Lecture to Colored Soldiers” (published in 1918 in the Journal of the National Medical Association), gonorrhea is generally not spread by people of high moral character. (If someone “pure and good” does get it, like a married woman, it’s because her husband gave it to her. As a result, he is a criminal.)

According to the author of this syllabus, “the running range” (aka gonorrhea) is the most dangerous of the three venereal diseases because it can be easily and quickly spread with few symptoms. He goes on to say:

It begins as a little smarting when urine is passed, finally pain, swelling, and a discharge that is highly contagious—the smallest bit of it in the eye may destroy vision.

This is a frequent cause of sore eyes and blindness in babies—mother, usually a pure, good woman, has been, unknown to her, infected by her husband, and she in turn infected the baby while passing through the birth canal.

A man that would willfully put out the eyes of an innocent baby is the meanest of criminals. Yet that is what a man does who takes clap to the marriage bed. If there is any Hell, I think the hottest place in it ought to be reserved for the man who willfully spreads venereal disease. A man with no respect for a pure woman is not fit to live.[6]

On the flip side, this vintage ad suggests that females are the ones who are spreading the disease through promiscuous behavior—or booby traps. Watch out for the juke joint sniper!

4 Condoms May Not Work 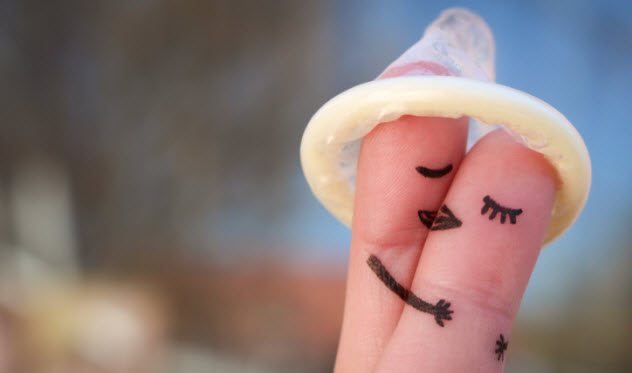 Condoms don’t always prevent gonorrhea. “No glove, no love” doesn’t apply here. Old ads that suggested urinating after sex, washing with soap and water, or visiting a “prophylactics station” may not be much help to those with advanced cases.

Condoms may not protect against gonorrhea because there may be other uncovered areas on the body, such as a sore, where infected bodily fluids can spread the disease. As gonorrhea can be asymptomatic at first, especially in females, it can take up to 30 days before you start experiencing any symptoms.

For men, symptoms usually begin two to seven days after infection. However, up to 15 percent of men and approximately 80 percent of women may not show symptoms. This can lead to the unwitting spread of the disease or unnecessary complications because it isn’t treated promptly.[7]

3 Likelihood Of Getting Other STDs 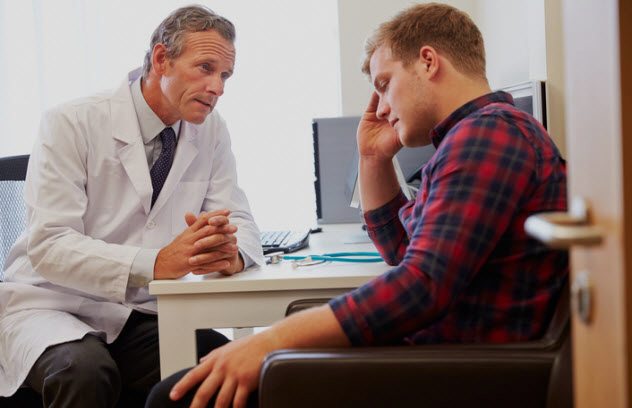 Although there isn’t enough data to medically support the claim, it’s believed that more than 70 percent of young people who contract gonorrhea will get another STD in less than a year. Patients with untreated gonorrhea often develop scarring on their reproductive organs. Untreated gonorrhea can also spread to other areas of the body.[8] 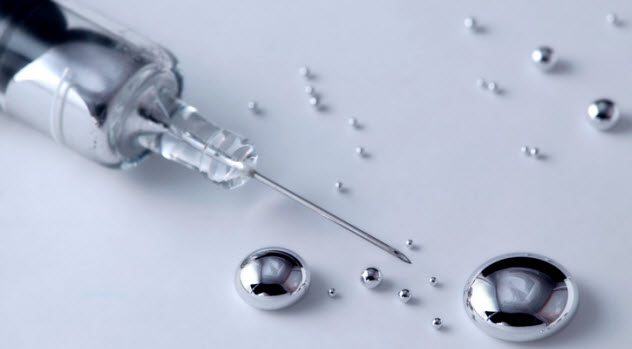 Gonorrhea used to be treated with mercury injections into the penis. If today’s antibiotics don’t work to cure super gonorrhea, let’s hope that doctors don’t turn back the clock to some of the older treatments.

Before the 1940s, when penicillin became a common medicine, doctors used various treatments, including mercury injections. After that, other treatments like colloidal silver, arsenic, gold, bismuth, and other minerals were used. Their effectiveness was rated on whether a patient’s discharge stopped.

Most recently, Listerine has been tested as a cure for gonorrhea. The number of cases in gay or bisexual men has risen, mostly because many don’t use condoms or they engage in oral sex.

In a recent trial, scientists treated gonorrhea bacteria cultures with Listerine and found that the mouthwash did reduce the number of bacterial counts. Roughly 200 men who came in for gonorrhea treatment were also told to rinse and gargle for one minute with either Listerine or saline solution. The men who used Listerine were “significantly less likely to have a positive culture on the pharyngeal surface (52 percent) compared with men in the saline group (84 percent).”[9] 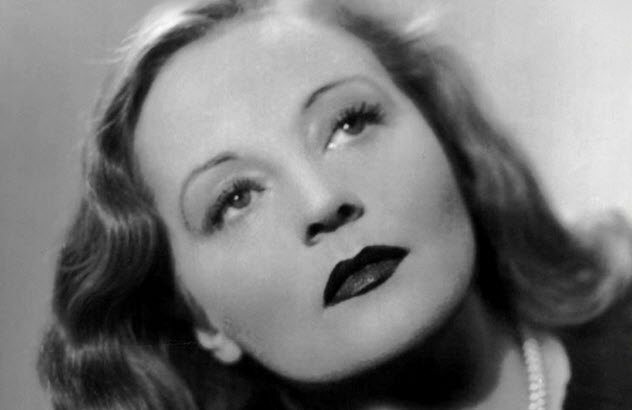 Gonorrhea has claimed the health of many famous people, including actress Tallulah Bankhead who had to have an emergency hysterectomy. Bankhead’s case was so severe that she was hospitalized. She thought that she had a stomach tumor but was told that she had gonorrhea instead. Bankhead weighed just 32 kilograms (70 lb) when she was released from the hospital.

Other famous people with gonorrhea included John Dillinger, a famous gangster. He was diagnosed with the disease in 1924 when he was sent to prison. His gonorrhea treatment included being injected with silver nitrate through the penis.

Biographer James Boswell was another victim of the disease, even though he said he wore condoms while sleeping with prostitutes. He claimed that he contracted gonorrhea the first time he was sexually active. In his diary, he kept track of his sexual activities. One day, he reported that his testicle swelled immensely and his wife “reluctantly” helped him treat it.[10]

Read more frightening facts about STIs and STDs on 10 Disturbing Cases Of Unethical STI Experiments and 10 Ways Sex Has Shaped History And Culture.

10 Weird Ways Your Brain Is Tricking You