Our planet is filled with many wonderful geographical and geological anomalies and mysteries. So many so, that we may never truly unlock all of the secrets that nature has tucked away. This is a list of 15 of the more unusual or outright bizarre facts relating to geography, geology, and the earth. 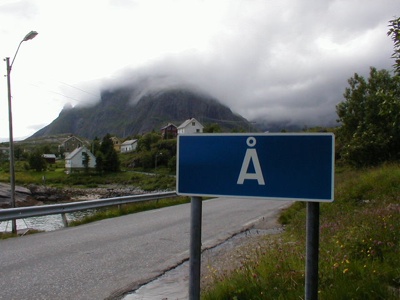 1. The second Longest geographical name that is accepted in the world is “Taumatawhakatangihangak oauauotamateaturipukaka pikimaungahoronukupokaiwhe nua kitanatahu” (85 letters) which is a hill in New Zealand – it is a maori phrase which translates to “place where Tamatea, the man with the big knees, who slid, climbed and swallowed mountains, known as land-eater, played his flute to his loved one”. It was the longest until recently (though the Guinness Book of Records still regards it as the longest); it has most likely now been supplanted by Krung thep maha nakorn amorn ratana kosin­mahintar ayutthay amaha dilok phop noppa ratrajathani burirom udom rajaniwes­mahasat harn amorn phimarn avatarn sathit sakkattiya visanukamprasit in Thailand (163 letters).

3. Llanfairpwllgwyngyllgogerychwyrndrobwyll llantysiliogogogoch is the longest village name in the world (and third longest geographical name). it is located in Wales, and yes there are four l’s in a row!

4. The Shortest place name is ‘Å’ it is located in both Sweden and Norway. In Scandinavian languages, ‘Å’ means “river”. The image above is one of the newly replaces road signs for the area – they are frequently stolen for their novelty value.

5. The Vatican city is the smallest country in the world at only .2 square miles. That is smaller than the average city! The largest country is (surprise surprise) Russia. 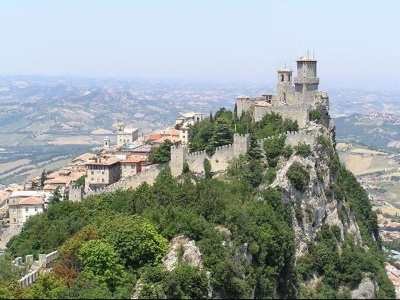 6. The largest city in the world – based on surface area, is Hulunbuir, Inner Mongolia which is 263,953 km squared.

7. The hottest temperature recorded on earth is El Azizia Libya at 136 F, the coldest was -134 degrees fahrenheit in Vostok Antarctica. The hottest average temp is in western Australia, it is 96 degrees year round on average.

8. San Marino claims to be the world’s oldest constitutional republic – it was founded in 301 by a Christian stonemason fleeing persecution under Emperor Diocletian. Its constitution of 1600 is the oldest written constitution in the world. San Marino is pictured above.

9. Though Mt. Everest is the highest altitude in terms of sea level on the planet, Mount Chimborazo is the closest to the moon. The Marianas Trench is the lowest place on earth.

10. Alaska is the most Northern, Eastern, AND Western state in all of America. It is the only state that enters the “Eastern Hemisphere” making it also the most eastern lying and western lying state. 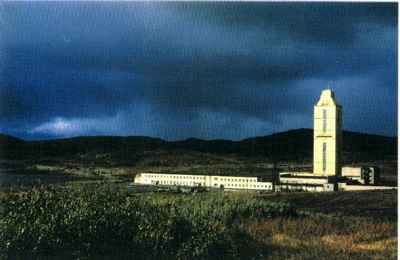 11. The Mid-Atlantic Ridge is the Longest mountain chain on earth (at 40 thousand kilometers). It is located along the middle of the Atlantic. Iceland is the only part of this chain that is above water. The Andes form the longest exposed mountain range at 7,000 kilometers.

12. Mount Circeo on Cape Circaeum on the western coast of Italy was once called Aeaea (5 vowels in a row with no consonants). It was believed in mythology to be the home of the witch Circe. Two other vowel-only geographic locations are the town of Aiea in Hawaii, and Eiao – one of the Marquise Islands.

13. Glaciers store between 70% and 80% of all the freshwater on the planet. 99% of those glaciers are in the Arctic and Antarctic.

14. In 1811 and 1812, three earthquakes measuring around 8 on the richter scale, caused the Mississippi River to flow backwards. These earthquakes also created Reelfoot Lake in Tennessee.

15. The deepest hole ever drilled by man is the Kola Superdeep Borehole, in Russia. It reached a depth of 12,261 meters (about 40,226 feet or 7.62 miles). It was drilled for scientific research and gave up some unexpected discoveries, one of which was a huge deposit of hydrogen – so massive that the mud coming from the hole was “boiling” with it. The borehole is pictured above.