When you think of a courthouse, you tend to think of metal detectors and armed guards, but there was a time when security was not as stringent. And sometimes, security isn’t enough to keep weapons out of all courtrooms. Here, in chronological order, are a few cases throughout history of murders committed in courthouses, often in the courtroom itself. 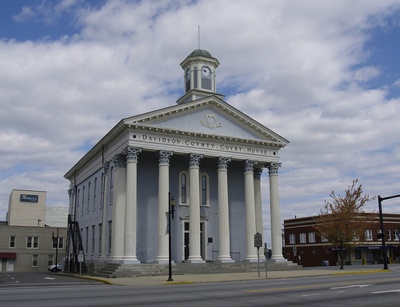 From The New York Times March 1, 1917: “E.G. Tompkins and Will Hoffstetter were killed and Jim Hoffstetter and Mrs. W. A. Bevington, a bystander, were wounded in the Davidson County Courthouse this morning at the trial of a case in the circuit court in which Tompkins is suing the Hoffstetters for alleged alienation of his wife’s affections. After his wife received a divorce Tompkins filed suit for $50,000 damages against the Hoffstetter brothers, and their sister, Miss Emma Hoffstetter, alleging that they had embittered his wife against him. The case was postponed today because of Tompkins’ counsel withdrawing. As the party was leaving the courtroom it is alleged Tompkins drew a pistol and shot Will Hoffstetter in the abdomen. Another shot struck Jim Hoffstetter in the arm. A third struck Mrs. Bevington, a bystander, in the leg. Before he fell, Will Hoffstetter stabbed Tompkins. The persons involved are farmers and live near Donelson.” 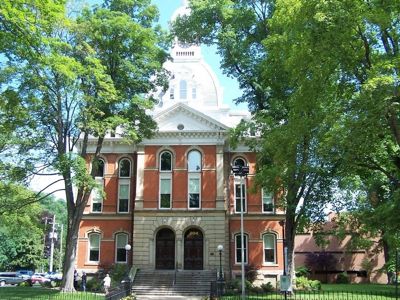 From Time magazine Monday, Jan. 25, 1954: “In a Warren, Pa. courtroom last week, Norman Moon, 26, an electrical construction worker, convicted of failure to support his wife, stood up to hear his sentence. “Have you anything to say?” asked Judge Allison Wade, 51. “No,” murmured Moon sullenly. Then he reached under his coat, pulled out a .45-cal. automatic and fired wildly at District Attorney Myer Kornreich. Kornreich fled from the courtroom and Moon turned toward the bench. Judge Wade jumped to his feet, shielding himself with a chair. “Don’t shoot,” he begged. “I’m not going to sentence you.” Moon fired twice. The judge staggered, clutched his chest and stumbled from the bench. “He shot me, he shot me,” he gasped. In front of the empty jury box, he fell to the floor and died. The killer waved his pistol at the frightened spectators, ran into the street and got into his car. Just outside town, two state troopers spotted him and began a careening cross-country chase. After six miles, Moon was forced to stop when one of his tires was shot out. As the police approached him with drawn revolvers, Moon jumped from his bullet-riddled car, put his pistol to his throat and fired, ripping out part of his tongue. This week he was expected to recover and stand trial for murder. Said a policeman at Connellsville, his home: “It should never have happened. That boy has never been in trouble in his life.” 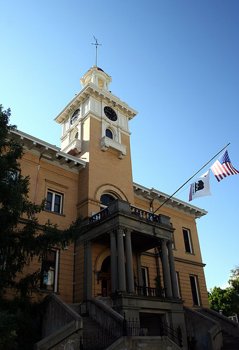 In 1993, Ellie Nesler shot and killed her son’s accused molester in a courtroom in Sonora, California, during the trial. She served 3 years of a 10-year sentence, and was released after an appeal based on jury misconduct. She later went back to prison after a conviction on drug charges, for which she served more than 3 years. 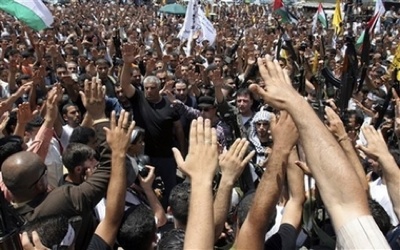 An angry mob stormed into a Palestinian courtroom and shot dead three defendants who had just been convicted in a murder trial. The men were cornered in the toilet of a makeshift courtroom in the West Bank town of Jenin, as police tried to hide them. The gunmen then fired dozens of bullets at the three men and dragged their bodies into the street. The defendants had been convicted of the murder of a Palestinian security official. The defendants had been given prison sentences instead of death, which angered the mob. 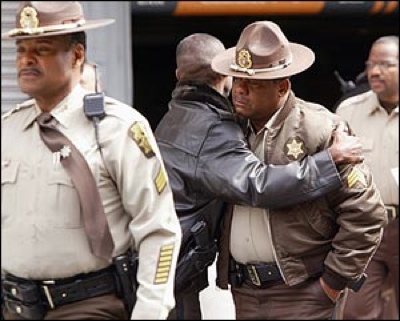 After a 51-year old female sheriff’s deputy, 5’2″ Cynthia Hall, removed his handcuffs so that he could change into civilian clothes in preparation for a court appearance, defendant Brian Nichols attacked the deputy and took her side arm. According to hospital sources, the deputy suffered bruising to her brain and some fractures around her face. After the attack, her condition was reported as critical, but she survived. Nichols then crossed over to the older part of the courthouse via a skybridge, where he entered the private chambers of Judge Rowland W. Barnes. While there, he encountered another deputy, overpowered him and also took his weapon. Nichols then entered Barnes’ courtroom from a door behind the judge’s bench, where Barnes was presiding over motions in a civil trial, and shot him in the back of the head. Nichols then shot Julie Brandau, the court reporter, and as he made his escape from the courthouse he shot Sgt. Hoyt Teasley, a pursuing deputy. Barnes and the court reporter died at the scene and the deputy was pronounced DOA at Grady Memorial Hospital. During his escape Nichols tried to carjack at least three vehicles, ending up in a multi-level parking structure for Atlanta’s Underground tourist area. He first took a tow truck at gunpoint outside the courtroom. Later he hijacked a Honda Accord from Don O’Briant, a reporter for The Atlanta Journal-Constitution. Nichols pistol-whipped O’Briant in order to gain control of the car. Nichols eventually surrendered peacefully to a SWAT team. 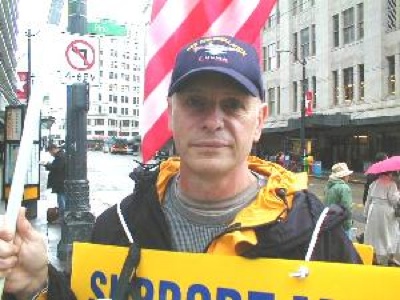 Perry Manley didn’t want to pay child support, and the seeming unfairness of a system that hounded him to turn over his hard-earned cash to his ex-wife had made him angry and obsessed over a 15 year period. In the end, his obsession is apparently what got him killed, in what his friends believe was a last-ditch effort to draw attention to his cause. Manley was shot to death the day after Father’s Day, by two Seattle police officers inside the secure foyer of the federal courthouse. In one hand, he clutched a defused fragmentation grenade. Manley, dressed in camouflage and carrying a backpack strapped across his chest, walked into the courthouse shortly before noon and tried to inch along a small ledge that rings an indoor reflection pond in an apparent attempt to avoid the metal detectors. Eric Robertson, U.S. Marshal for the Western District of Washington, said security officers saw he was holding a World War II-era hand grenade and confronted him. Security officers summoned police and spent more than 20 minutes trying to persuade him to surrender. He placed papers he apparently wanted to present to a judge on the floor and used both hands to cup the grenade to his body. Police fired twice after he “made a furtive movement with the grenade.” 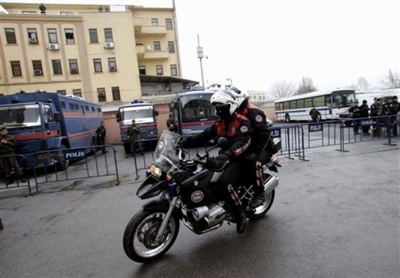 A gunman opened fire on judges in Turkey’s highest administrative court killing one and wounding four after shouting “God is great!” and “We are God’s ambassadors!” Police and witnesses said the attacker was a lawyer who was incensed over a ruling further restricting Islamic dress in Turkey. 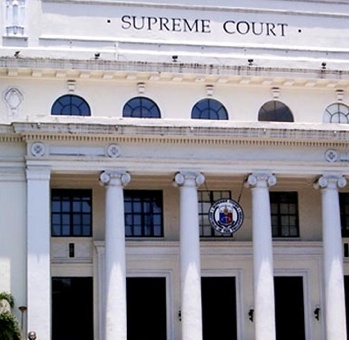 Roberto Tubale shot his wife, Lolita, and her lawyer, Rebecca Basa, as they waited for a hearing to start. Both victims were shot in the head and later died. Lolita had filed for an annulment. In the ensuing commotion, Tubale was able to escape the courthouse. It is unclear how Tubale was even able to enter the compound without his weapon being detected by the security guards. He was apprehended several hours later without incident. 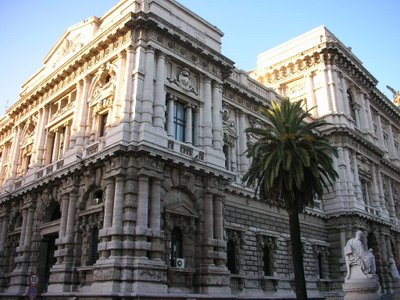 An Albanian man opened fire in an Italian courtroom, injuring his estranged wife and killing her uncle before being killed himself by armed police. Three other people were wounded in the shoot-out during the divorce hearing. Klirimi Fajzo managed to smuggle a handgun through tight security as he and his wife Vyosa attended the hearing. Fajzo began arguing violently with her relatives before shooting her and her uncle. 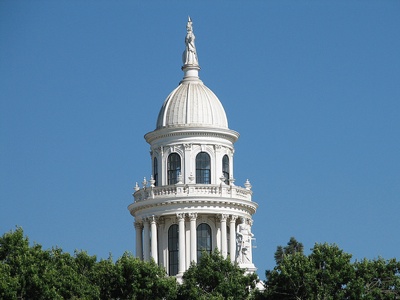 The unarmed security guards, metal detectors, and x-ray machine at the entrance of the Merced County Courthouse could not stop Robert Eaton. “Mr. Eaton is a rather sizable individual, standing at 6’4″ and 240 pounds. So he had a full head of steam heading down the hallway with two rather large knives in his hand,” said Sheriff Mark Pazin. Eaton was carrying one knife in each hand as he ran past security, nearly 100 yards down a hallway into a courtroom. Judge Brian McCabe was at the far end of the room when authorities said Eaton ran in waving the weapons. At that point, deputies began shooting, killing Eaton. It is not known exactly why Eaton stormed the courthouse, but he had driven his car into the courthouse just over a year before.