Since the introduction of GPS satellite navigation systems, drivers have become increasingly reliant on the devices to get from A to B. The days of executing a meticulously planned road trip from map reading and navigational skills alone have become a thing of the past.

Okay, maybe we weren’t all great navigators like Christopher Columbus. The reality of most map-guided journeys was a screaming match with the other half over which turnoff to take and where the next opportunity to make a U-turn was.

No one can argue that GPS has made our lives easier. In fact, it’s probably saved a few marriages. But are there any dangers in turning off our brains and turning on the GPS? What happens when GPS fails us? Not necessarily by being wrong, but by being too right.

GPS does such a good job of computing the most direct route from point A to point B that it can occasionally take us down some questionable roads and lead us in some strange directions, sometimes with terrible consequences.

10 Boy Dies After GPS Leaves Him And His Mother Stranded 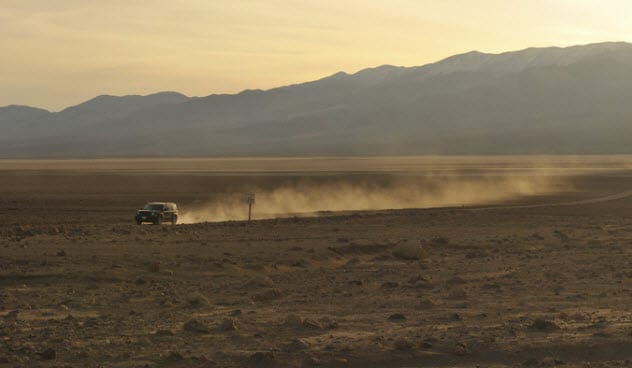 In summer 2009, 28-year-old nurse Alicia Sanchez and her six-year-old son were driving through the hot, arid landscape of Death Valley National Park in eastern California when the GPS directed her down a remote road. A week later, a park ranger found her Jeep Cherokee 32 kilometers (20 mi) away, buried up to its axles in sand. “SOS” was spelled out in medical tape on the window.

An exhausted and severely dehydrated Sanchez collapsed into the park ranger’s arms while the lifeless body of her six-year-old son lay slumped in the front seat. They had survived for several days on bottled water, Pop-Tarts, and cheese sandwiches, but tragically, the boy didn’t make it. He had died two days before his mother was rescued.[1]

9 Japanese Tourists Drive Their Car Into The Ocean 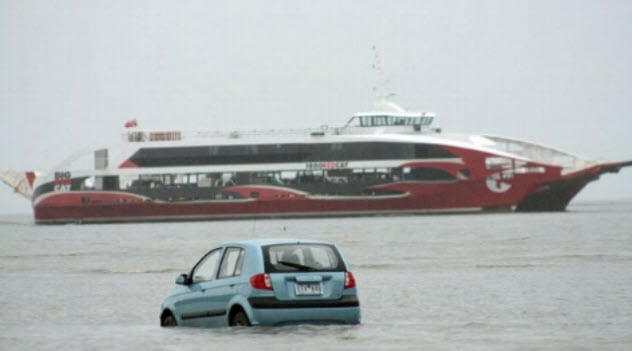 In 2012, three Japanese tourists on vacation in Australia set out on a road trip to North Stradbroke Island. Following their GPS, they believed they could drive from the Australian mainland to the island. The GPS had failed to mention the 15 kilometers (9 mi) of water and mud in between.

While driving their Hyundai Getz rental car from Queensland, they began to notice the firm gravel road surface disappear and give way to mud. Despite the sinking feeling, they decided to plow on, confident that their GPS would direct them to solid ground. They traveled a further 500 meters (1,640 ft) before the car was up to its axles in mud.

Things went from bad to worse when the tide started to come in and they had no choice but to abandon their vehicle. Just four hours later, the car was left stranded in 2 meters (6.6 ft) of water.[2]

8 Woman Is Shot Dead After Following GPS Through Brazilian Favela 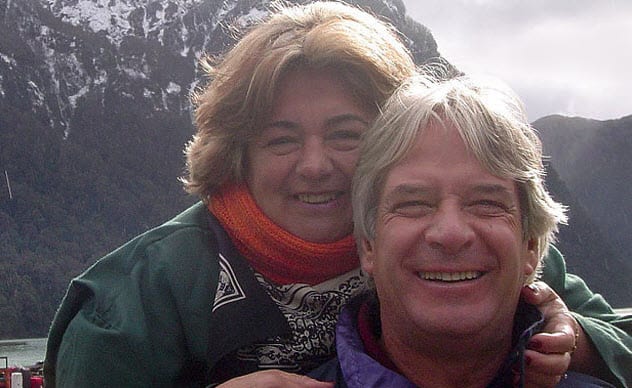 In October 2015, Regina Murmura, 70, and her 69-year-old husband, Francisco, set off for a relaxing day at the beach. Using a GPS mobile app for directions, they headed for a Niteroi beach in Rio de Janeiro. Unknown to them, the GPS app had led them into the notoriously dangerous, gang-controlled Caramujo favela.

Their car came under intense fire from local drug traffickers. Mrs. Murmura was shot dead, while her husband somehow made it out alive. He frantically drove his wife to the nearest hospital, but it was too late.[3] 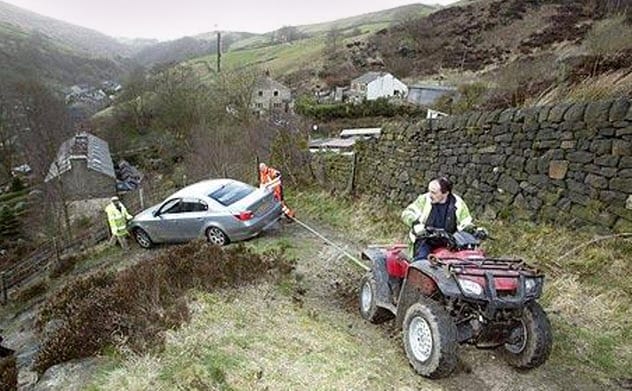 In 2009, 43-year-old Robert Jones from England almost plunged to his death from a 30-meter (100 ft) cliff after blindly following the instructions from his GPS. After being directed off the road, he drove down a steep and narrow path, eventually coming to his senses and stopping the car.[4]

Police officers were called to the scene due to reports that a BMW was hanging off the edge of a cliff off Bacup Road in Todmorden, West Yorkshire. Jones, who worked as a driver, said that he trusted his GPS and relied on it for his job. He continued to follow the instructions when it told him the footpath he was driving on was a road. Despite denying all charges in court, Jones was ordered to pay nearly £900 for driving without due care and attention.

6 Woman Dies After Her Husband Drives Off A Bridge 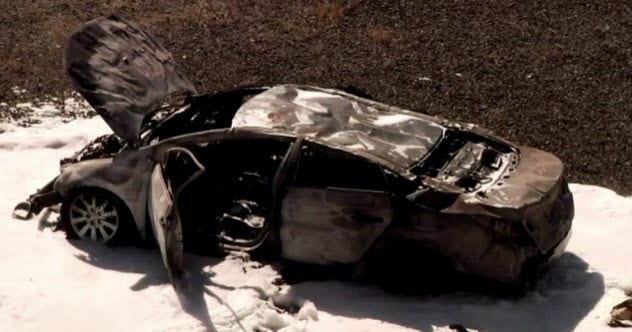 In March 2015, Iftikhar Hussain, 64, and his 51-year-old wife, Zohra, set off from their home in Chicago to visit family in Indiana. Following the GPS in their Nissan Sentra, they approached a bridge that had been closed for repairs since 2009.

Despite numerous barricades, orange cones, and “Road Closed” signs, Iftikhar continued onward, seemingly paying more attention to the GPS instructions than the warning signs around him. The car plunged off the bridge, dropping more than 11 meters (37 ft) and bursting into flames shortly after impact.

Miraculously, Iftikhar survived the fall and was able to escape the vehicle. His wife was not so lucky. Trapped in the wreckage, Zohra was unable to get out of the car and died in the blaze.[5]

5 Swedish Couple Ends Up In The Wrong Capri 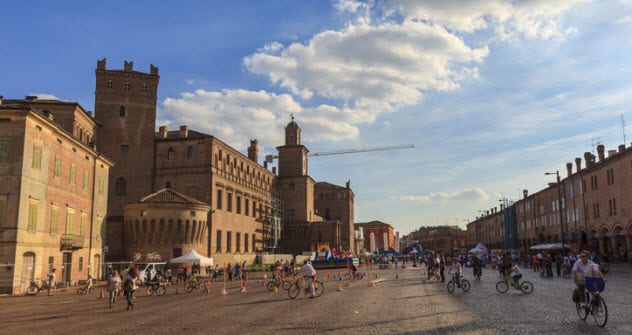 In 2009, a middle-aged Swedish couple set off on a romantic vacation to the Italian island of Capri. But they were left disappointed when their GPS led them 640 kilometers (400 mi) away to the industrial northern town of Carpi in the province of Modena, Emilia-Romagna.

The couple only discovered their mistake after asking staff at the local tourist office how to drive to the island’s famous “Blue Grotto.”[6] 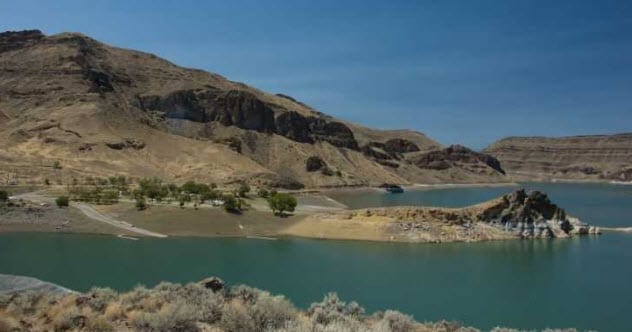 In summer 2015, 69-year-old Silas Wrigley went missing after setting off on a fishing trip to Oregon. After a week-long search, his truck and body were discovered off a remote dirt road. It is thought that he was led astray by his truck’s GPS.

Investigators analyzing Mr. Wrigley’s death believe he may have missed the turnoff to Lake Owyhee and had to recalculate his GPS route, which led him to the remote road where his truck and body were found.[7] 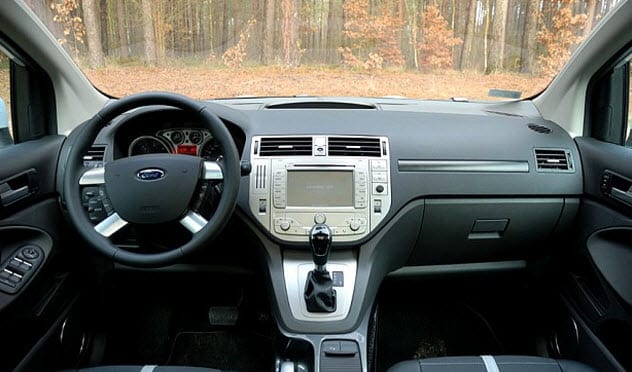 She had intended to travel just 61 kilometers (38 mi) to Brussels to pick up her friend. But Mrs. Moreau ended up making a massive detour thanks to the instructions of her GPS. She had to refuel twice, caused a minor accident, and had to sleep in her car by the side of the road during her epic two-day journey. 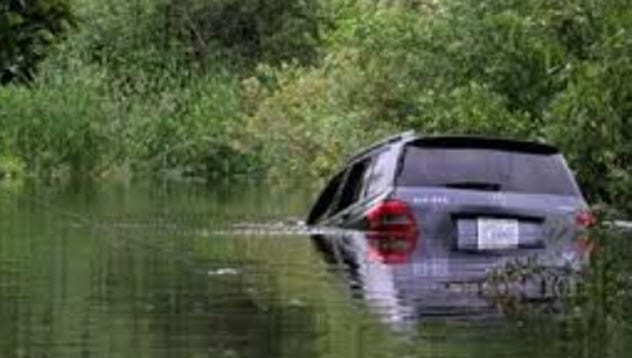 In June 2011, three young women escaped a sinking Mercedes-Benz rental SUV after the GPS directed them down a boat launch and into the Mercer Slough in Bellevue, Washington. The driver thought she was still on the road as she followed the car’s GPS just after midnight. But she was actually heading down the boat launch and crashed the SUV into the lake.

All three women were able to make it out unharmed. But the car was completely submerged and had to be pulled from the water by a tow truck.[9]

1 GPS Shortcut Leads To Death On A Mountain 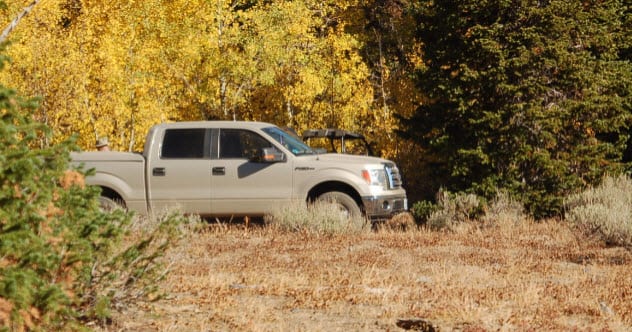 In March 2011, Albert and Rita Chretien left British Columbia in their Chevrolet Astro van and headed for a convention in Las Vegas. Along the way, they decided to compare their planned route against the car’s GPS and take what they thought was a shortcut.

Unaware that GPS directions omit seasonal conditions, they soon found themselves on a treacherous, remote road in the desert mountains. After traveling for 9 kilometers (6 mi), the road became impassable. Their car succumbed to the muddy conditions, and they were left stranded.

Attempts to dig themselves out and get back onto the road were futile. At this point, they decided to set out on foot. But unknown to them, they were heading in the wrong direction.[10]

When Mrs. Chretien’s swollen knee gave out, they had no other option but to turn back. It was then that Mr. Chretien decided to go it alone. He said goodbye to his wife and headed off with the GPS. It would be the last time Rita saw her husband alive.

For nearly two months, Mrs. Chretien survived alone in the car. She read her Bible, rationed her food, and ate snow. After 49 days of solitude, she had finally accepted that her fate was to die alone in the wilderness. Ironically, it was on that day that she was eventually rescued.

He had lost the ability to use the GPS due to the snow drifts and couldn’t tell where the road was. He had done a lot of unnecessary climbing and was heading for the summit of a mountain when he died.

Read about more technology fails with horrible consequences on 10 Horrific Deaths Caused By Cell Phones and 10 Ways Technology Is Changing You For The Worse.