Understanding our past is what historians and anthropologists seek to do. Looking back we will witness civilizations rise and fall, as humanity walks down a very repetitive path of construction and destruction. Still, there are some ancient cultures that seem incredibly alien to us, legends and strange encounters cast nothing but shadow over some of these peoples. Some are said to be very advanced and tranquil only to vanish with some cataclysm and others, despite stories and accounts of encounters, never seem to have existed. Here is a list of mysteries surrounding ancient peoples.

10
Age of the Pyramids and Sphinx 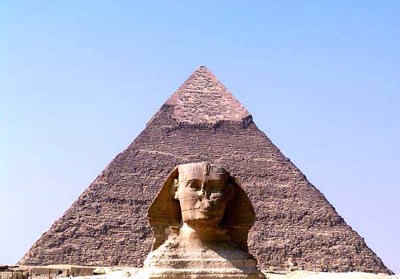 Most Egyptologists believe the Great Sphinx on the Giza plateau is about 4,500 years old. But that number is just that – a belief, a theory, not a fact. As Robert Bauval says in ‘The Age of the Sphinx’, “there was no inscriptions – not a single one – either carved on a wall or a stela or written on the throngs of papyri” that associates the Sphinx with this time period. So when was it built? John Anthony West challenged the accepted age of the monument when he noted the vertical weathering on its base, which could only have been caused by long exposure to water in the form of heavy rains. In the middle of the desert? Where did the water come from? It so happens that this area of the world experienced such rains – about 10,500 years ago! This would make the Sphinx more than twice its currently accepted age. Bauval and Graham Hancock have calculated that the Great Pyramid likewise dates back to about 10,500 B.C. – predating the Egyptian civilization. This raises the questions: Who built them and why?

I’ll just point out that the general sphinx shape is a natural formation in that part of the world, due to winds + sand. Egyptologists point out that the Egyptians would have noticed the cat-like shape, and then carved in the features. 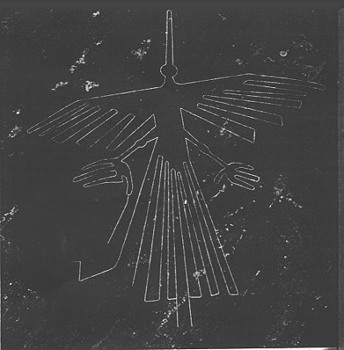 The famous Nazca lines can be found in a desert about 200 miles south of Lima, Peru. On a plain measuring approximately 37 miles long and one mile wide are etched lines and figures that have puzzled the scientific world since their discovery in the 1930s. The lines run perfectly straight, some parallel to one another, many intersecting, making the lines look from the air like ancient airport runways. This prompted Erich von Daniken in his book Chariots of the Gods to suggest that they actually were runways for extraterrestrial craft. More intriguing are the gigantic figures of 70-some animals carved into the ground – a monkey, a spider, and a hummingbird among others. The puzzle is that these lines and figures are of such a scale that they can only be recognized from a high altitude. So what is their significance? Some believe they have an astronomical purpose, while others think they served in religious ceremonies. A recent theory suggests the lines lead to sources of precious water. The truth is, no one really knows. 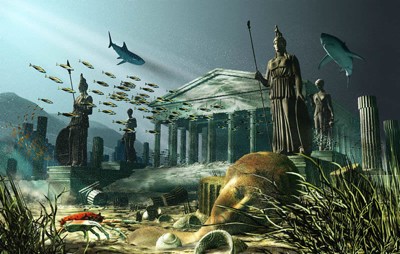 There are many, many, many theories as to the true location of Atlantis. We get the legend of Atlantis from Plato who wrote about the beautiful, technologically advanced continent-sized island back in 370 B.C., but his description of its location was limited and vague. Many, of course, conclude that Atlantis never really existed. Those who think it did exist have sought evidence or at least clues in almost every corner of the globe. Edgar Cayce’s famous prophecies said remnants of Atlantis would be found around Bermuda, and in 1969, geometric stone formations were found near Bimini (a.k.a. The Bimini Road) that believers said confirmed Cayce’s prediction. Other proposed locations for Atlantis include Antarctica, Mexico, off the coast of England, possibly even off the coast of Cuba (see below). The controversy and theories will likely continue until someone uncovers a sign saying: “Welkommen zu Atlantis! Eat at Joe’s.” For a more indepth article on Atlantis, go here. 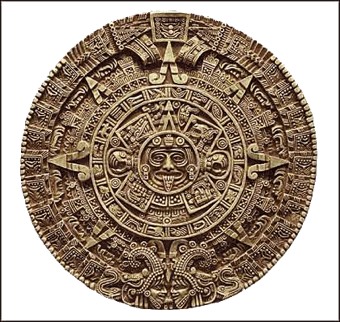 There’s been a lot of hoopla over the supposed prophecies of the Mayan calendar. More people fear it, perhaps, than feared the predicted catastrophes of the year 2000. All the fretting is based on the finding that the Mayan “Long Count” calendar ends on a date that corresponds to our December 21, 2012. What does this mean? The end of the world through some global cataclysm or war? The beginning of a new era, a new Age for mankind? Such prophecies have a long tradition of not coming to pass. But the only way we’ll find out for sure is to wait and see. Just in case, however, in 2012 you might want to do your Christmas shopping early. 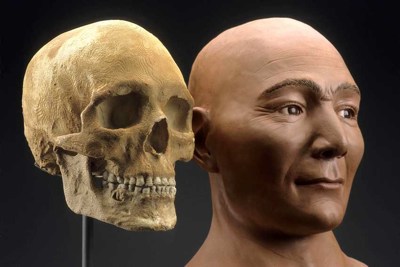 In 1940, husband-and-wife archaeological team, Sydney and Georgia Wheeler found a mummy in ‘Spirit Cave’ thirteen miles east of Fallon, Nevada. Upon entering Spirit Cave they discovered the remains of two people wrapped in tule matting. One set of remains, buried deeper than the other, had been partially mummified (the head and right shoulder). The Wheelers, with the assistance of local residents, recovered a total of sixty-seven artifacts from the cave. These artifacts were examined at the Nevada State Museum where they were estimated to be between 1,500 and 2,000 years old. 54 years later in 1994, University of California, Riverside anthropologist R. Erv Taylor examined seventeen of the Spirit Cave artifacts using mass spectrometry. The results indicated that the mummy was approximately 9,400 years old — older than any previously known North American mummy. Further study determined that the mummy exhibits Caucasoid characteristics resembling the Ainu (an Ethnic Japanese people), although a definitive affiliation has not been established.

5
Egyptian Treasures in the Grand Canyon 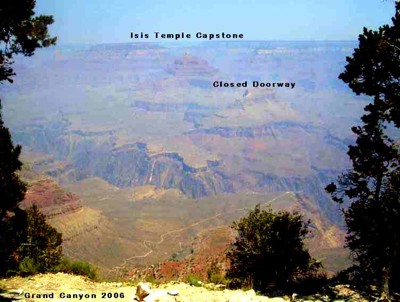 The April 5, 1909 edition of the Arizona Gazette featured an article entitled “Explorations in Grand Canyon: Remarkable finds indicate ancient people migrated from Orient.” According to the article, the expedition was financed by the Smithsonian Institute and discovered artifacts that would, if verified, stand conventional history on its ear. Inside a cavern “hewn in solid rock by human hands” were found tablets bearing hieroglyphics, copper weapons and tools, statues of Egyptian deities and mummies. Although highly intriguing, the truth of this story is in doubt simply because the site has never been re-found. The Smithsonian disavows all knowledge of the discovery, and several expeditions searching for the cavern have come up empty-handed. Was the article just a hoax? “While it cannot be discounted that the entire story is an elaborate newspaper hoax,” writes researcher/explorer David Hatcher Childress, “the fact that it was on the front page, named the prestigious Smithsonian Institution, and gave a highly detailed story that went on for several pages, lends a great deal to its credibility. It is hard to believe such a story could have come out of thin air.” Supporters also claim that the restricted areas (of which even workers at the Canyon) are evidence of the cover-up. 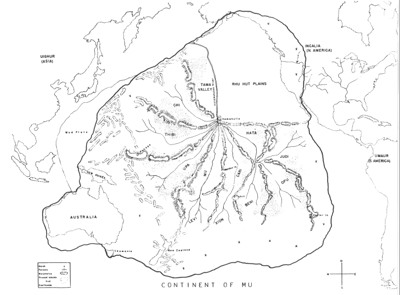 The legendary lost world of Mu, sometimes call Lemuria is nearly as famous as Atlantis and indeed, parallels it closely at times. According to tradition among many Pacific islands, Mu was an “Eden-like” tropical paradise located somewhere in the Pacific that sunk, along with all of its beautiful inhabitants, thousands of years ago (sounds familiar). Like Atlantis, there is ongoing debate as to whether it really existed and, if so, where.

3
Voyages to the Americas 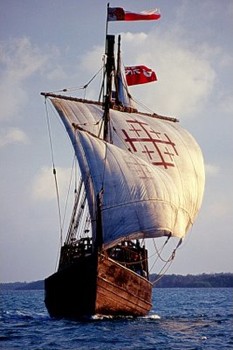 Christopher Columbus is said to have “discovered” America, but of course we all know better than this, as long before him people/peoples had been there, even settled. Native Americans arrived there many centuries before Columbus, and there is good evidence that explorers from other civilizations beat Columbus here, too. Artifacts have now been found suggesting that ancient cultures explored the continent. Greek and Roman coins and pottery have been found in the U.S. and Mexico; Egyptian statues of Isis and Osiris were found in Mexico as well as evidence of Egyptians in the Grand Canyon (see above). Ancient Hebrew and Asian artifacts have also been found. Stories of travellers from distant lands in native myths and folklore also suggest probability.

The truth is, we know very little about early, far-traveling cultures.

2
Sunken City off of Cuba 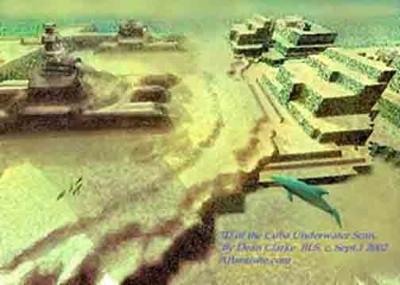 In May 2001, an exciting discovery was made by Advanced Digital Communications (ADC) who were mapping the ocean bottom of Cuba’s territorial waters. Sonar readings revealed something unexpected and quite amazing 2,200 feet down: stones laid out in a geometric pattern that looked very much like the ruins of a city. “Nature couldn’t have built anything so symmetrical. This isn’t natural, but we don’t know what it is.” said Paul Weinzweig, of ADC. A great sunken city? National Geographic showed a great deal of interest in the site and was involved in subsequent investigations. In 2003, a minisub dove down to explore the structures. Paulina Zelitsky of ADC said they saw a structure that “looks like it could have been a large urban center. However, it would be totally irresponsible to say what it was before we have evidence.” 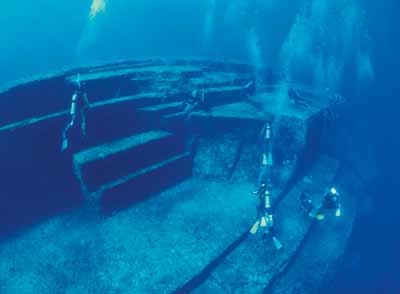 Off the southern shore of Okinawa, Japan, under 20 to 100 feet of water lie enigmatic structures that may have been built by some ancient, “lost civilization”. Skeptics say the large, tiered formations are probably natural in origin (which seems crazy looking at the pictures). “Then, in late summer of the following year,” writes Frank Joseph in an article for Atlantis Rising, “another diver in Okinawa waters was shocked to see a massive arch or gateway of huge stone blocks beautifully fitted together in the manner of prehistoric masonry found among the Inca cities on the other side of the Pacific Ocean, in the Andes Mountains of South America.” This seems to confirm that these are manmade ruins. The architecture includes what appear to be paved streets and crossroads, large altar-like formations, staircases leading to broad plazas and processional ways surmounted by pairs of towering features resembling pylons. If it is a sunken city, it is huge. It’s been suggested that it might be the lost civilization of Mu or Lemuria (see above).

This article is re-produced with permission from About.Com