by 7raul7
fact checked by dickensgirl

[NOTE: The term “football” in this post refers to Soccer, not American Football.] There has been much debate over the best footballers and rightly so, considering the sheer amount of players and the vastness of ‘the beautiful game’. It is astonishing how FIFA has more members than the UN. Played simply everywhere, today I would like to introduce this list which will, I expect, gather criticism, but constructive criticism is appreciated as always – so please feel free to speak up! 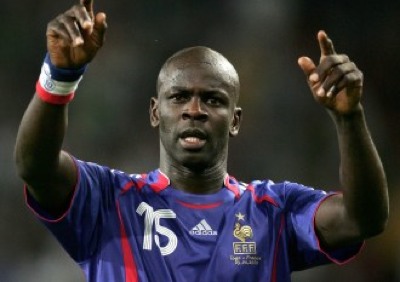 One of the best defenders of all time from France, he is famous for his 2 goals in the 1998 world cup semi final against Croatia when France came from behind to win 2-1. France eventually won the world cup beating Brazil 3-0. At club level, he has played in AS Monaco, Juventus and FC Barcelona.

Take your game to the next level with an ADIDAS 2014 World Cup Replica Soccer Ball at Amazon.com! 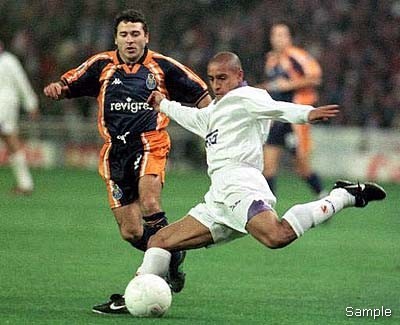 He has played for Spanish club Real Madrid for eleven years, winning four leagues, three UEFA Champions League trophies, and two Intercontinental Cups. He is also one of only six players to have played more than one hundred matches in the Champions League. He is especially famous for a free kick against France on June 3, 1997, where he shot from 35 m (110 ft) from the centre-right channel, and scored. 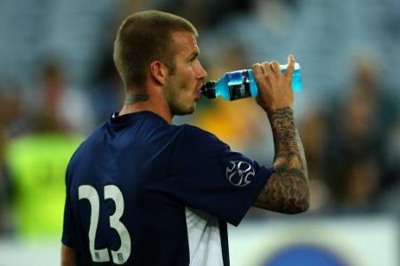 David Beckham is a leading English footballer whose popularity extends beyond the field and into international celebrity. Beckham was already a crowd-pleasing star for Manchester United when he married Spice Girls star Victoria Adams in July of 1999; the combination proved irresistible to the press and public, and they became one of Britain’s most famous couples. As a player Beckham is particularly known for his free kick expertise and spectacular long-range shots while his right foot is the national treasure of England. 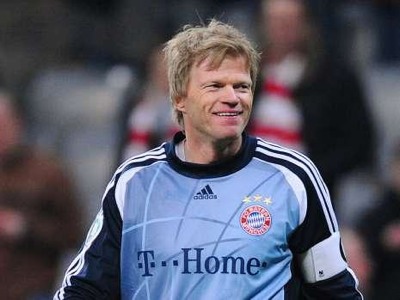 One of the most successful German players in recent history, having won eight German championships, six German cups, the UEFA Cup (1996), the UEFA Champions League and the Intercontinental Cup (both 2001). His individual contributions have earned him four consecutive UEFA Best European Goalkeeper awards, three IFFHS World’s Best Goalkeeper of the Year awards and two German “Footballer of the Year” trophies. 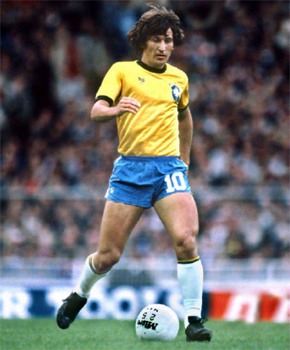 Often called the White Pelé, he is commonly considered one of the most skilled dribblers and finishers ever and possibly the world’s best player of the early 80’s. He was also known as one of history’s greatest free kick specialists, able to bend the ball with pace and accuracy as well as having an extremely powerful shot. 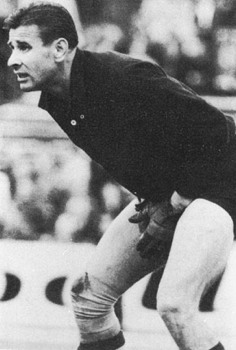 A superb goalkeeper, perhaps the best in the history of the game, he was a Soviet sports hero. Yashin spent his playing career with the Moscow Dynamo club, and after retirement was a coach there. Dynamo won five league championships and three cups due in large part to Yashin’s domination of the goal. Yashin’s playing was an important element in the Soviet national team’s gold medal win at the 1956 Olympics, and he tended goal for the team in three World Cups. He became the only goalkeeper to be named European footballer of the year, and was awarded the title of world goalkeeper of the 20th cent. Fondly known as the black spider (after his Black Goal keeper uniform.. 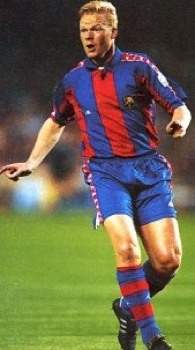 Besides being a defender at the centre back position, Koeman was also known for his powerful right-footed free kicks and dead ball ability where he scored many vital goals for the team, and it was from a free-kick that he scored FC Barcelona’s winning goal in the 1992 European Cup final. Ronald Koeman scored 193 league goals in 503 matches (ahead of Daniel Passarella who netted 182 goals in 556 matches) during his career, more than any other defender in the history of football. 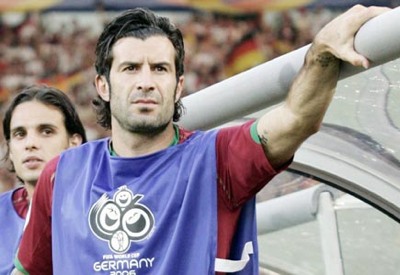 Figo is a football hero who began his professional career in Portugal, his native land, then made his name in Spain playing for powerhouse teams FC Barcelona and Real Madrid before switching to Inter Milan in 2005. With his deft stop-and-go dribbling and aggressive style, the midfielder is known more as a playmaker than as a pure scorer. His breakthrough year was 2000, when he led Portugal to the semifinals of Euro 2000 and was named European Footballer of the Year. The same year he moved from FC Barcelona to rival Real Madrid for a then-record fee of $56 million. 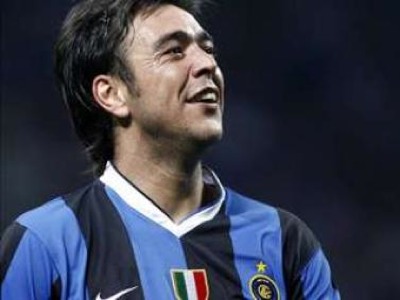 Recoba’s strengths are his dribbling, technique, pace and a strong, accurate left-foot shot. He is a free-kick specialist, and has scored goals of great quality, examples of which were his two goals during his debut with Inter, and basically all the goals scored during his time at Venezia. It is said that few, if any, have been born with Recoba’s ability; however, his mentality continues to fail him at the most crucial moments. 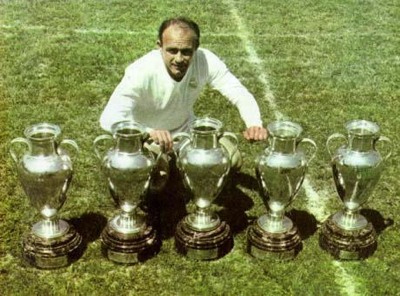 Nicknamed Saeta rubia (Blond arrow), was a powerful forward with great stamina and tactical versatility. He could also play anywhere on the pitch and despite being well-known as a forward, was great in defense. He is currently the 3rd highest scorer in the history of Spain’s top division, with 228 goals in 329 games. Di Stéfano is also Real Madrid’s highest league goalscorer of all time, with 216 goals in 282 league matches. 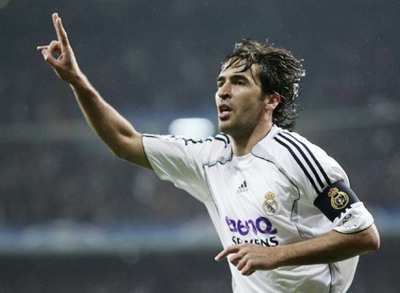 Called the ‘Angel of Madrid’ and simply known as Raúl, he is a Spanish football striker who plays for Spanish La Liga club Real Madrid. Also the three-time winner of the UEFA Champions League and is the second all-time leading scorer in official UEFA competitions after Filippo Inzaghi with 64 goals. He took over the captaincy of Real Madrid when Fernando Hierro departed in 2003, and has since shown himself to be a natural and respected leader. 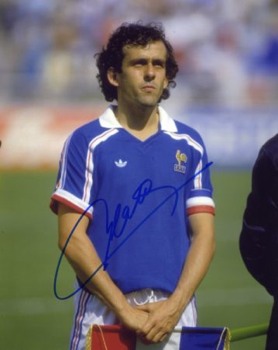 Platini was a member of the French national team that won the 1984 European Championship, a tournament in which he was voted the best player and top goalscorer. Platini, Alain Giresse, Luis Fernández and Jean Tigana together made up the “carré magique” (magic square), the group of midfield players that formed the heart of the French national team throughout the 1980s. He is also widely regarded as one the best passers in football history as well as one of history’s greatest free kick specialists and finishers. He holds the record for most goals scored in European Championship final. 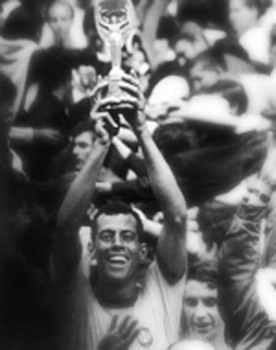 is a former Brazilian footballer, one of the most highly regarded defenders of all time. He captained Brazil to victory in the 1970 World Cup and is a member of the World Team of the 20th Century, as well as the U.S. National Soccer Hall of Fame. Carlos Alberto’s goal against Italy in the final of the Football World Cup 1970 is considered one of the greatest goals ever scored in the history of the tournament. 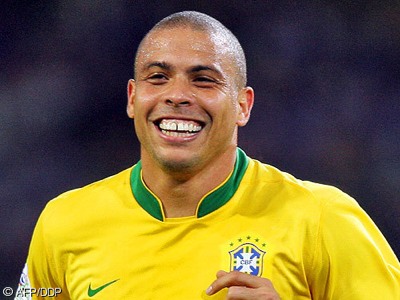 A brilliant and fluid forward, Ronaldo became one of international soccer’s great stars of the 1990s and Brazil’s biggest soccer hero since Pele. Nicknamed “The Phenomenon,” the talented forward has played for Cruzeiro, Eindhoven, Barcelona, Inter Milan, Real Madrid and AC Milan, amassing numerous records, championships, and cups. An international superstar, Ronaldo has been on the Brazilian national team since 1994 and was part of World Cup–winning teams in 1998 and in 2002, when he was the tournament’s top scorer

Show your team spirit when you buy an authentic Real Madrid Jersey at Amazon.com! 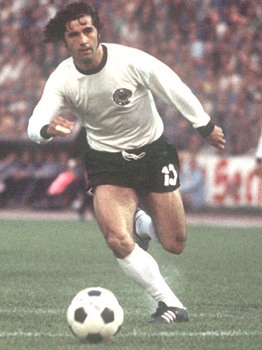 Müller was short, squat, awkward-looking and not notably fast; he never fit the conventional idea of a great footballer, but he had lethal acceleration over short distances, a remarkable aerial game, and uncanny goalscoring instincts. He could turn quickly and with perfect balance in small spaces at speeds that would cause other players to fall over. He also had a knack of scoring in unlikely situations. With national records of 68 goals in 62 international appearances, 365 goals in 427 Bundesliga games and the international record of 66 goals in 74 European Club games, he was by far the most successful striker of his day. 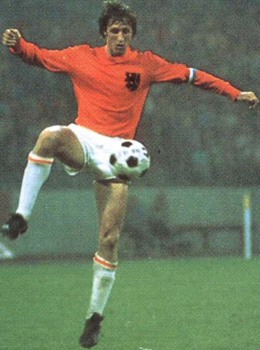 Cruyff is a former Dutch football player and manager/coach. He was named European Footballer of the Year three times. In 1999, Cruyff was voted European Player of the Century in an election held by the IFFHS, and came second, behind Pelé in their World Player of the Century poll. Cruyff was known for his technical ability, speed and acceleration, but his greatest quality was vision, based on an acute sense of his team-mates’ positions as an attack unfolded. He is believed Cruyff superior to any previous player in his ability to extract the most from others. 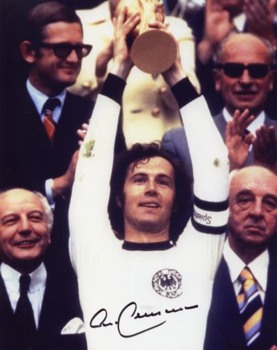 German football (soccer) player. He is credited with inventing the modern attacking sweeper position. Nicknamed “Der Kaiser,” Beckenbauer is the only man to both captain and manage World Cup-winning teams (1974 and 1990, respectively). He spent most of his career with Bayern Munich, leading the team to three European Cup championships and four national titles. He was named European Footballer of the Year in 1972 and 1976. He is generally regarded as the greatest German footballer of all time and also as one of the greatest footballers in the history of the game. 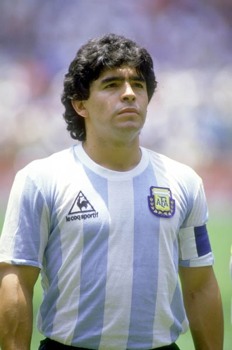 Maradona is an icon in Argentina. As a soccer player, he took his team to new heights and became a hero to sports fans – many of whom referred to him as “San Diego.” He also took sports paychecks to new heights, claiming unheard of salaries in trade after trade. Maradona was plagued by cocaine addiction, though, and his career came to an early end. His performance included two memorable goals against England, one scored with his hand (the referee mistakenly thought the ball struck his head) and now remembered as the “Hand of God,” and another that saw him dribble through a pack of defenders. 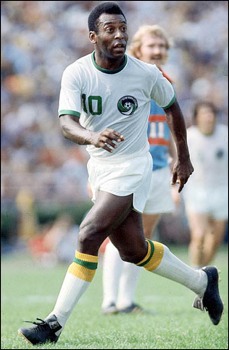 Pele – called “the Black Pearl,” was the greatest soccer player in the history of the game. With a career total of 1280 goals, he may have been the world’s most popular athlete after he was named Athlete of the Century by the world’s combined National Olympic Committees in 1999, though he never played in the Olympics himself. In March of 2002, the jersey Pelé wore in the 1970 World Cup final sold at auction for $220,850. Pelé became Brazil’s minister of sports in 1995, serving until 1998. 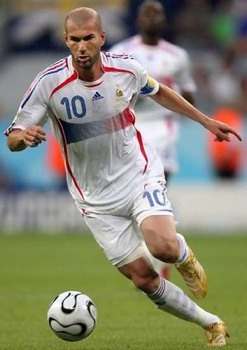 Popularly nicknamed Zizou, he is a French former football midfielder. His career accomplishments include winning the 1998 FIFA World Cup and Euro 2000, in addition to the 2002 UEFA Champions League. He is also one of only two three-time FIFA World Player of the Year winners. Zidane won the Golden Ball as the MVP in the World Cups of 1998 and 2006. Zidane played his first professional First Division game for Cannes and quickly rose through the professional ranks. He sealed his reputation by scoring two goals in the World Cup finals of 1998, helping France defeat Brazil to claim its first-ever World Cup championship. Extremely passionate and a leader by example, he came first in an online poll conducted by UEFA. 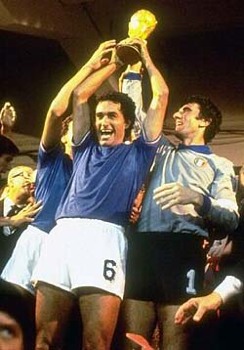 Considered by many as football’s greatest ever man marker, Gentile’s finest hour came on 11 July 1982 when he produced an immaculate defensive display alongside fellow defender Gaetano Scirea, as Italy defeated West Germany 3-1 to lift the 1982 FIFA World Cup in Spain. Gentile came to international acclaim in the 2nd phase match against the title-holders Argentina, when he man-marked Diego Maradona out of the game by kicking and flooring him constantly throughout the game. In Italy’s next match against the favorites, Brazil, he first performed a violent tackle from behind on Zico and later ripped the Brazilian’s shirt in half during a tussle